“A picture can lead to a hundred words”.

In 2010 we spent two months in Canada and as part of that trip we drove a hire car from Quebec City along the picture perfect northern banks of the St. Lawrence River as far as Tadoussac. After loading our car onto the ferry across the Saguenay River and exploring Tadoussac, we returned back to Saint-Simeon and followed the Saguenay toward the heartland of Quebeckers, Lac Saint Jean.

Somewhere along the banks of the Saguenay we photographed this bridge. 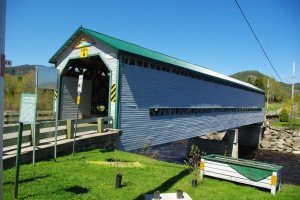 I remembered the bridge well, but had no idea of it’s name or the name of the village.  My diary entry for that day summed up the trip from St. Simeon to Lac Saint Jean, a distance of 176 kilometres in two measly sentences, neither of which shed any light on the bridge.

I googled websites on covered bridges, but without photographs their descriptions meant nothing to me.  Next I traced the route taken and researched the towns along the way to see if they had covered bridges, to no avail.  Finally through Lonely Planet’s on-line Thorntree Forum I found what I was looking for.

I’m now a bit of an expert on this bridge, and all because of a picture (and a Forum)… 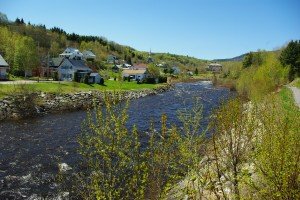 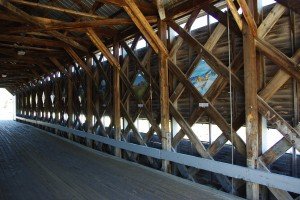 Since that trip in 2010, I started this blog and improved my journalling skills and I’ve learned to take photos of signs and Information boards.

Do you keep a diary or notes when you travel? Have you ever used an On-line Forum to answer a travel question?