Food is important in every culture.  The food that most people think of as Australian is the meat pie or a pavlova.  However, early settlers living isolated lives in the bush and drovers who spent long periods of time on the road eating only what they could carry, created the original iconic Australian dish.

It was a bread substitute called Damper which looks like a huge scone.  If you are tough you could cook it like the aboriginals used to – straight in the ashes of a fire, but most people nowadays cook it in a camp oven (a cast iron pot with lid) placed amongst the coals of a burnt down fire. 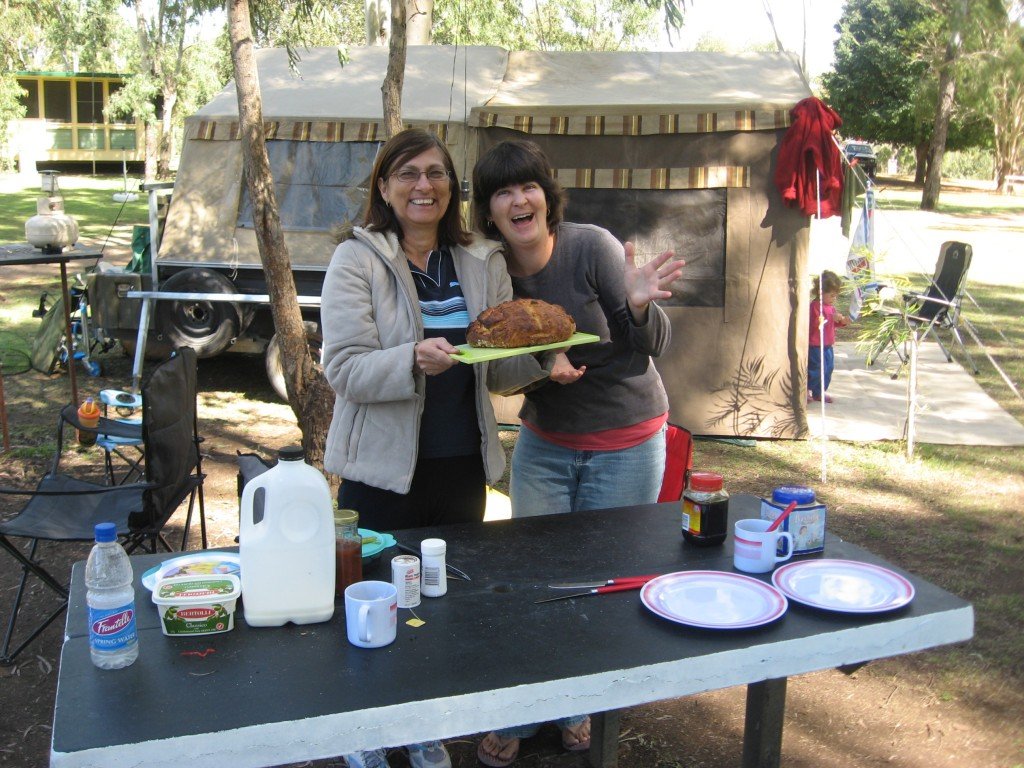 Originally the recipe was only flour, water and salt, but modern recipes tweak it a little.  We always cook one when we go camping, especially if there are a lot of us.  A little damper goes a long way and is best eaten at the first sitting.  Temperature control by way of hot coals can be tricky and results are varied, but sliced and spread with jam, it is always a much loved, authentic Australian experience.

Traditionally served with Golden Syrup, it was then called Cocky’s joy, a Cocky being a farmer.  Golden Syrup is a by-product of the sugar refining process, Queensland being a major producer of sugar cane.

Another Australian icon, the Swagman, or Swaggie, referred to a wanderer who carried his meagre belongings in a swag on his back.  Swaggies, roamed the countryside living rough.  In return for small jobs, a farmer’s wife would give him flour to be made into damper.

Although there is no mention of it in the much loved Australian National Song*, Waltzing Matilda, the tea he made over the campfire in his billy, (a large jam tin with wire for a handle) would no doubt have been accompanied by damper, as well as an occasional Jumbuck (stolen sheep).

From one swaggie to another – see you on the road.  Jan

* Note that I say National Song, not National Anthem which is Advance Australia Fair!

Let me know in the comments bubble above or in the section below if you have a similar tradition in your Country.