What a change in scenery on the Crown Range Road

Lonely Planet says of the Crown Range Road that links Wanaka to Queenstown in the New Zealand South Island:

…it is a narrow, twisting-and-turning mountain road that needs to be tackled with care…

Marty knows from experience that when I read this we were going to take it!  Although I do not love scary roads or heights, I do love taking the road less travelled, so of course we took the road, and we were so glad that we did.  The scenery, as usual in the land of the long white cloud, was eye opening.  New Zealand is so diverse you never know what to expect around the next bend in the road. 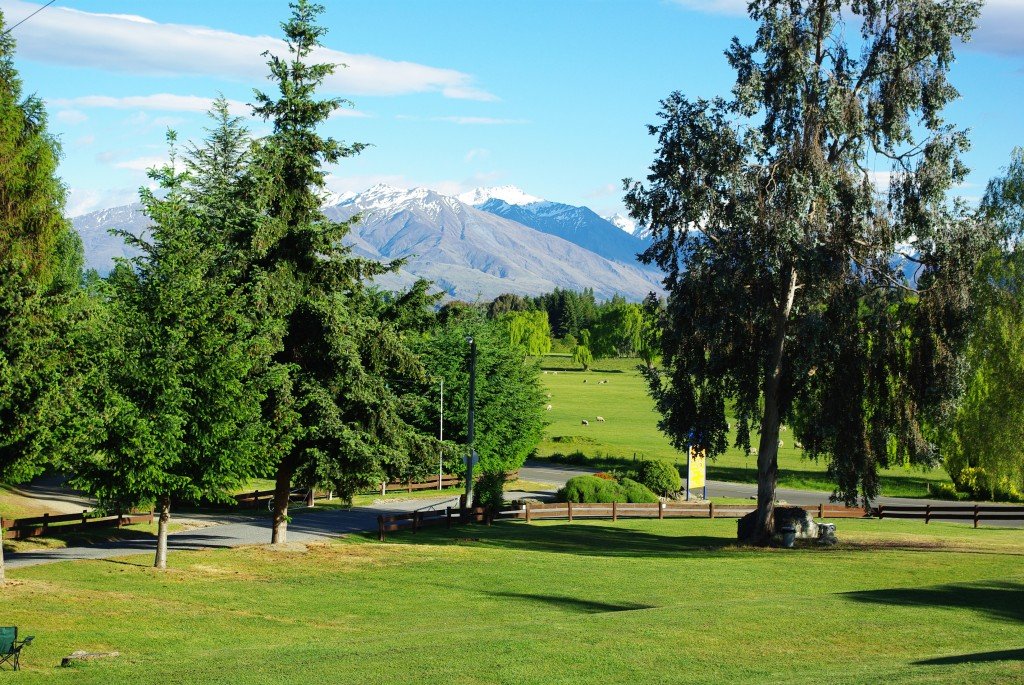 There was a great feel at this park.  Everyone met up in the kitchen/dining room and swapped climbing experiences from the Franz Joseph and Fox glaciers. 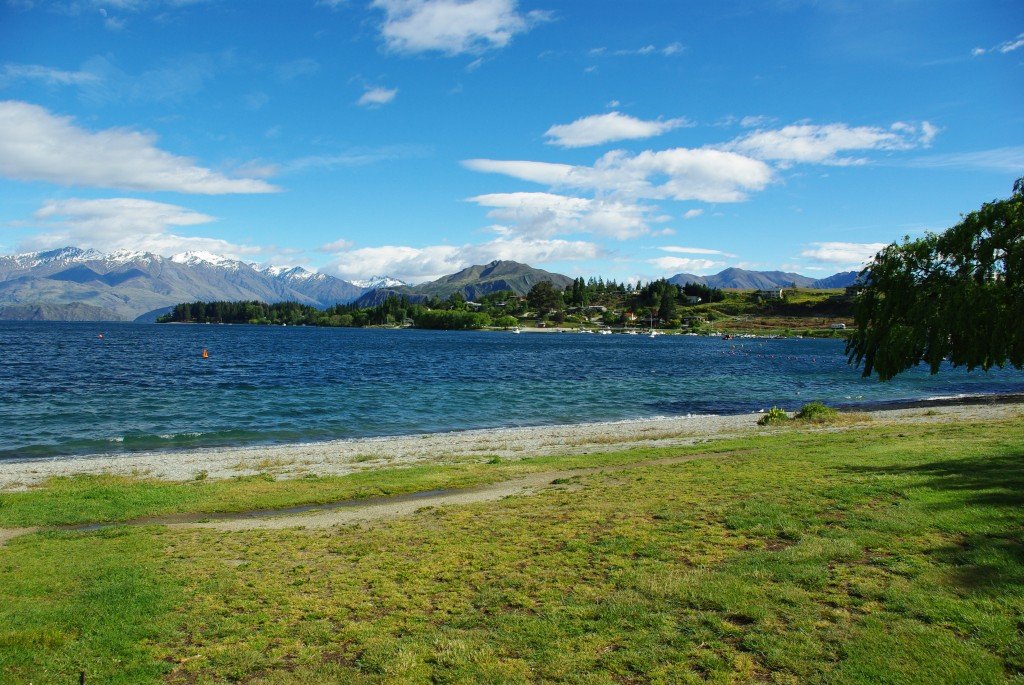 Looking across Lake Wanaka from the township

The above photo was taken from the Lakeside Tourist Information Centre.  We visited a nearby supermarket where we marvelled at the vast array of alcohol for sale.  Australian supermarkets do not (usually) sell alcohol.  As we were planning on visiting some Kiwi friends we picked up a carton, hoping it would be sufficient!

What a change in scenery on the Crown Range Road

We began climbing on the highest main road in New Zealand up and up the Cardrona Valley through country reminiscent of the moors in England and Scotland.  There was still evidence of the gold mining that took place there in the past and a lonely hotel that was built in Cardrona in 1870, is still open for business today. 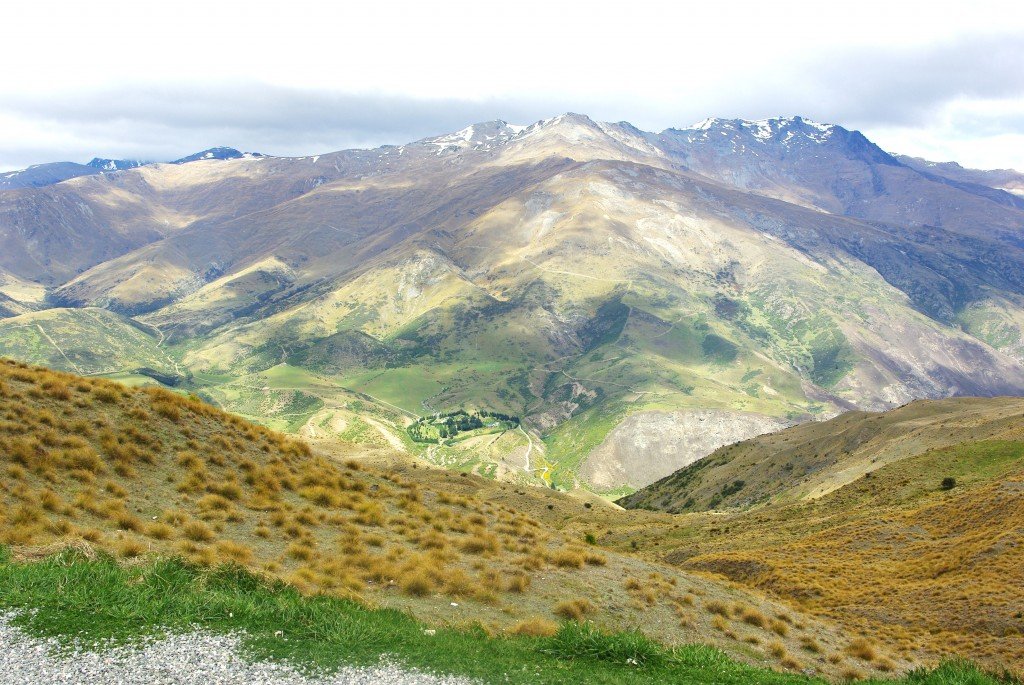 The only tree at the highest point and it appeared to be dead! 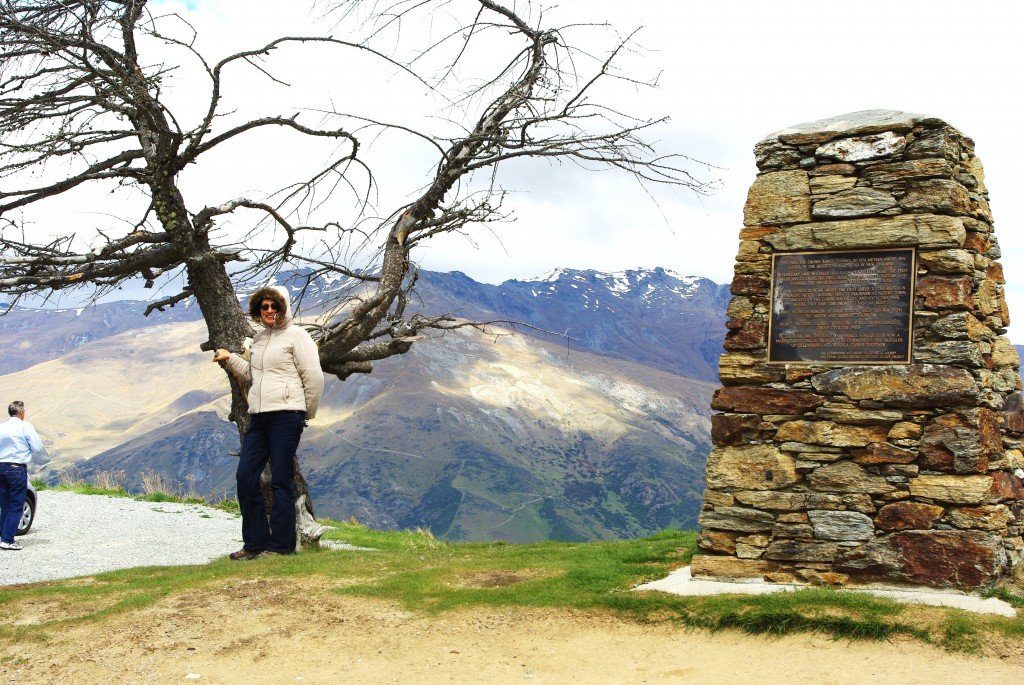 Dead tree, me and a Cairn marking the summit

It was all downhill from here toward Arrowtown, The Remarkables, and Queenstown. 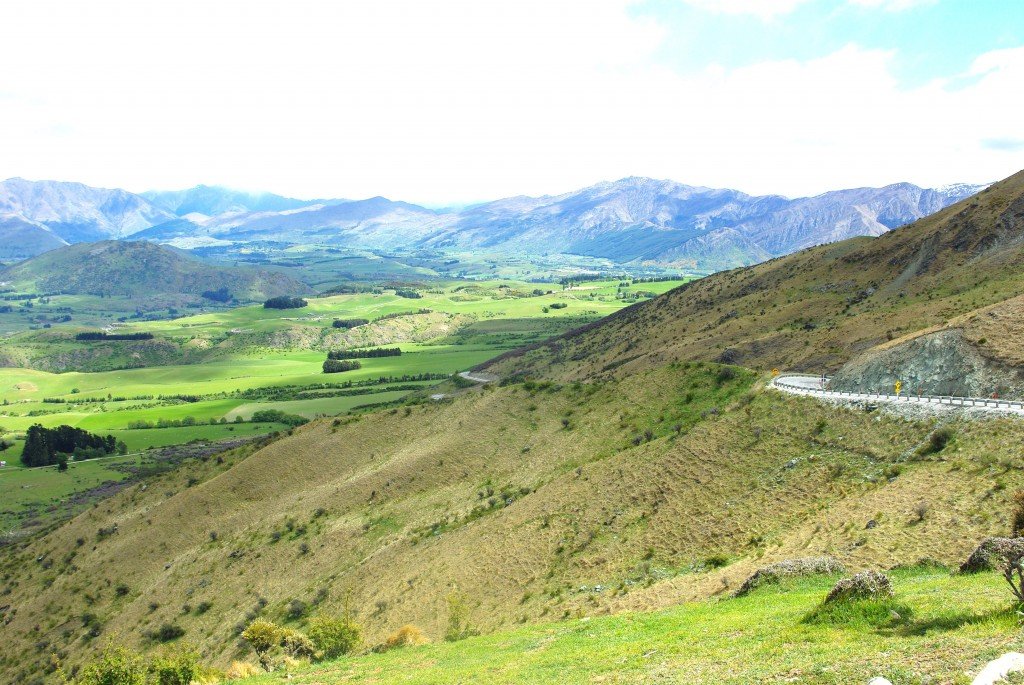 We descended in steep switchbacks toward Arrowtown

Arrowtown was a pleasant tourist town with lots of interesting old buildings, sixty to be exact, from the gold mining days of 1860.  It is quaint, with perfect looking houses and  gardens and is a well worn day trip from Queenstown. 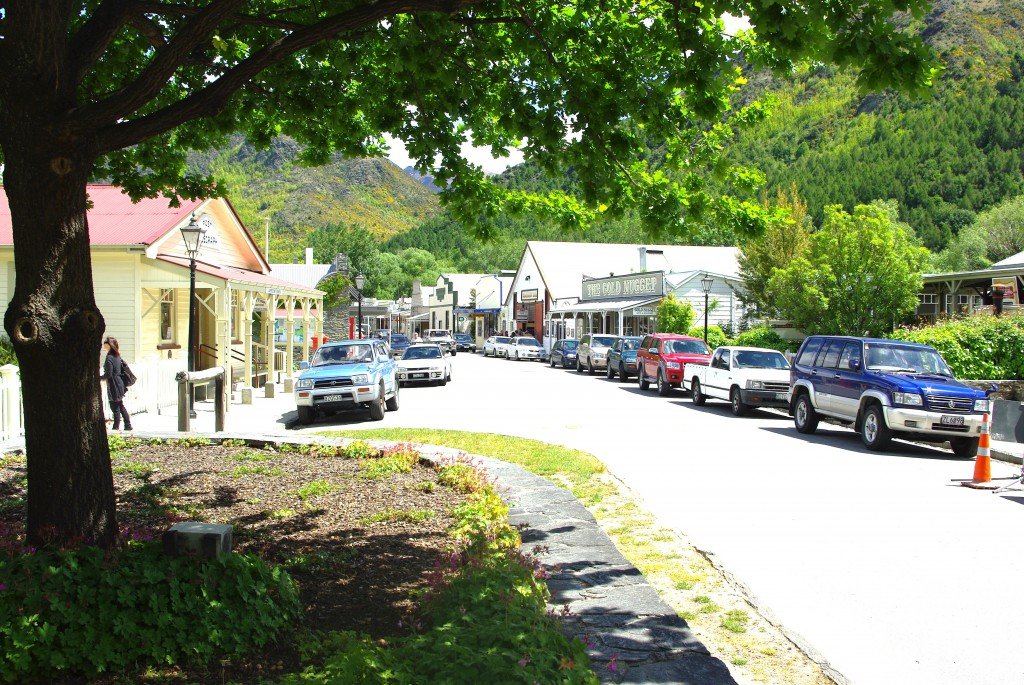 There were lots of things to keep us busy in Arrowtown, from soaking up history at a Lakes District Gold Mining Museum  to soaking up a local brew at the Arrow Brewery.  No ale for us though because we were soon to be back on the road.  After a picnic lunch in the park we headed for Coronet Peak and The Remarkables before hitting Queenstown.

We stayed at the first caravan park we found in Queenstown, which was a Top 10 again, called  Creeksyde.  The walk into town was short which was just well as the skies which had threatened all day opened up when we hit town.  We holed up in an internet place till it was dry enough to venture out. 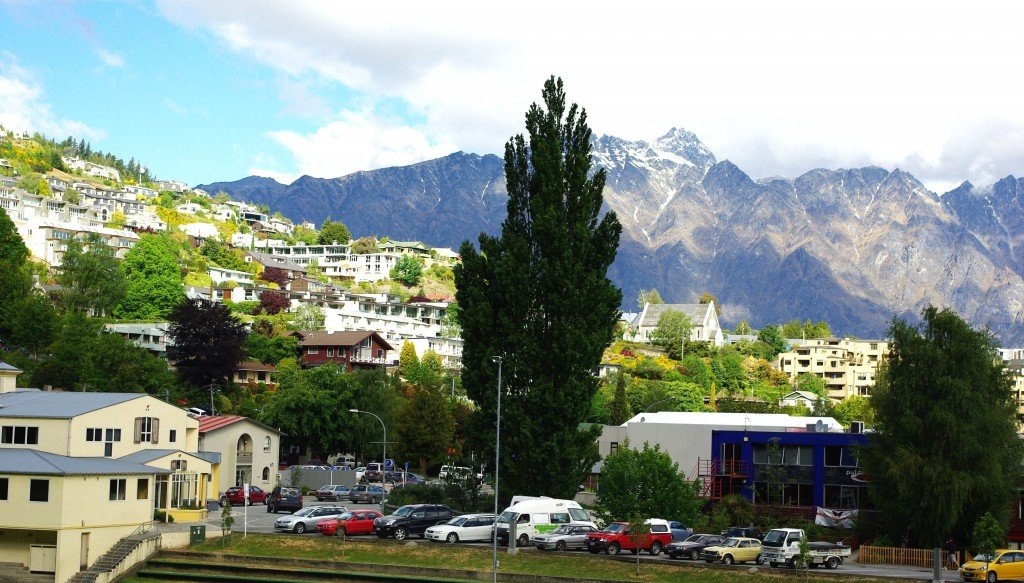 Walking from Creeksyde to Downtown Queenstown before the skies opened

The Crown Range Road was spectacular in a country full of spectacular.  Luckily for us the weather held on the road and we had encountered no problems.  It is only in recent times that the road has been paved from the Wanaka end.  It would have been a real adventure before that!

See you on the road,

Interview with fellow Aussie Traveller Jake
Next Post: CHRISTMAS IS FOR REMINISCING