Between 1912 and 1956 Essaouira (pronounced Essa-Wira) was known as Mogador, a derivative of the Muslim Saint’s name, Sidi Mogdoul also the name of the budget hotel we stayed at.  It’s new name is a Berber word meaning the walls – a reference to Essaouria being a walled city. Outside of those charming walls lies Essaouira Beach – another world entirely to the white and blue lanes filled with cats and crockery to be found within the walls.

Our to do list in Essaouria was blissfully empty.  Days with nothing to do but explore the fishing harbour, inspect the battlements, hunt down Moroccan plates and bowls in quaint hidden away shops, and generally go camera crazy.  But we do love a relaxing beach walk, so on day three we walked back through the gates and south along the beach.

Have you been on a wider beach than this? 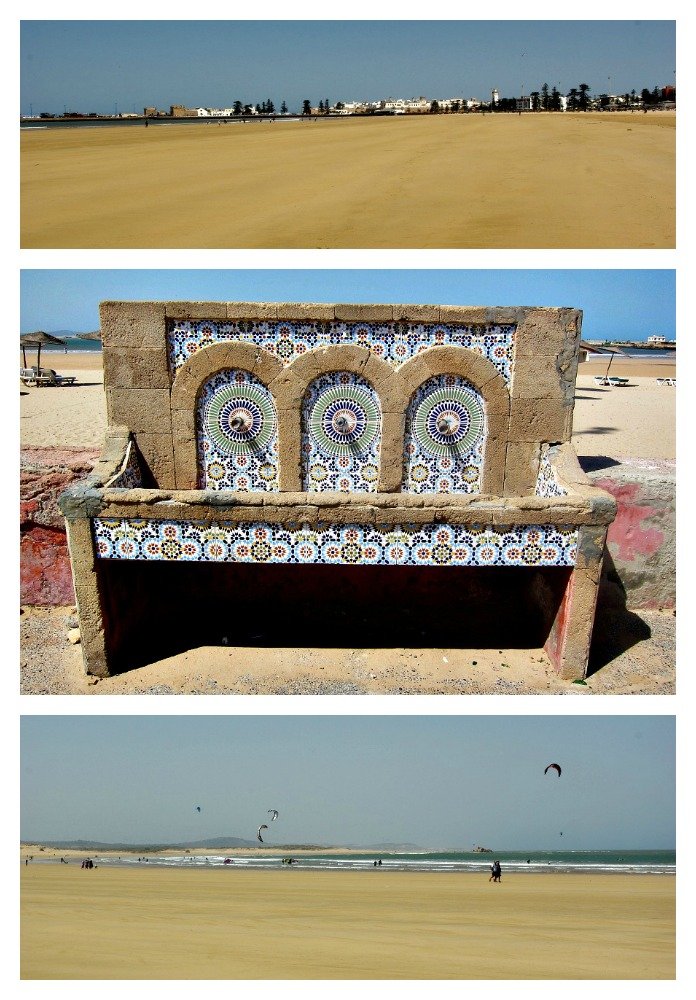 Essaouria Beach is impressively wide and usually windy and this day was no different.

Sand piled up along the promenade and djellaba clad figures bowed their heads against the wind.  A brown djellaba traditionally denotes bachelorhood. 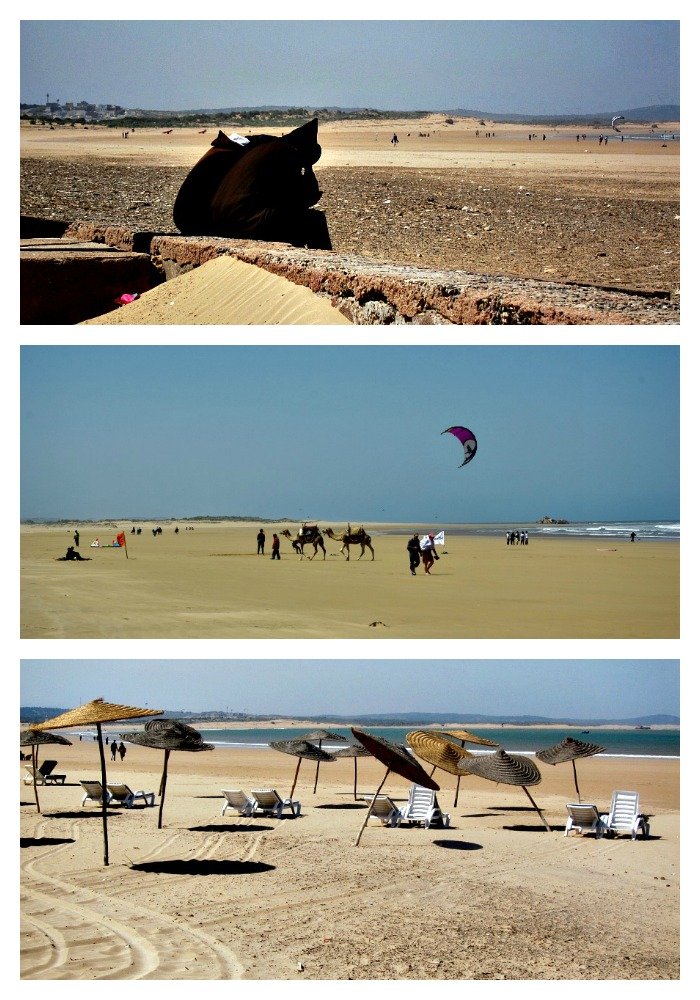 We met a scattering of tourists, kite surfers camels and uninterrupted space.

Our destination was Beach and Friends, a Beach Club about a kilometre or so down the beach, after overhearing a recommendation for it on the bus from Marrakech.  It was meant to be a great place to while away a few hours and we had plenty to spare.

It was totally suitable to lay in bathers on the lounges within the walls of Beach and Friends, but outside of those walls it was time to cover up again. 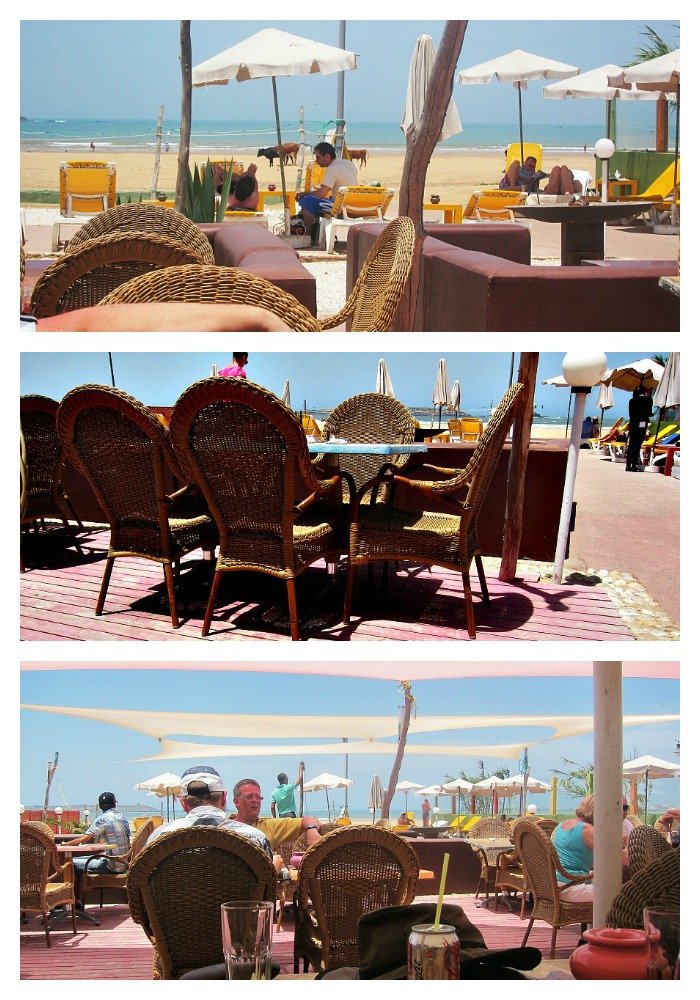 The solid walls on the sides of the beach club’s outdoor area thwarted the strong breeze, yet it lay totally open to the beachfront activity.

With the laid back atmosphere and a great sound track playing we decided to have a drink, and then stayed.  Lunch was a tasty Bento Box shared, lemon tart and ice-cream, yum.   I thought we had teleported into India or Cambodia when a few cattle straggled along the beach, but no-one batted an eyelid so it must be a normal occurrence in Morocco as well. 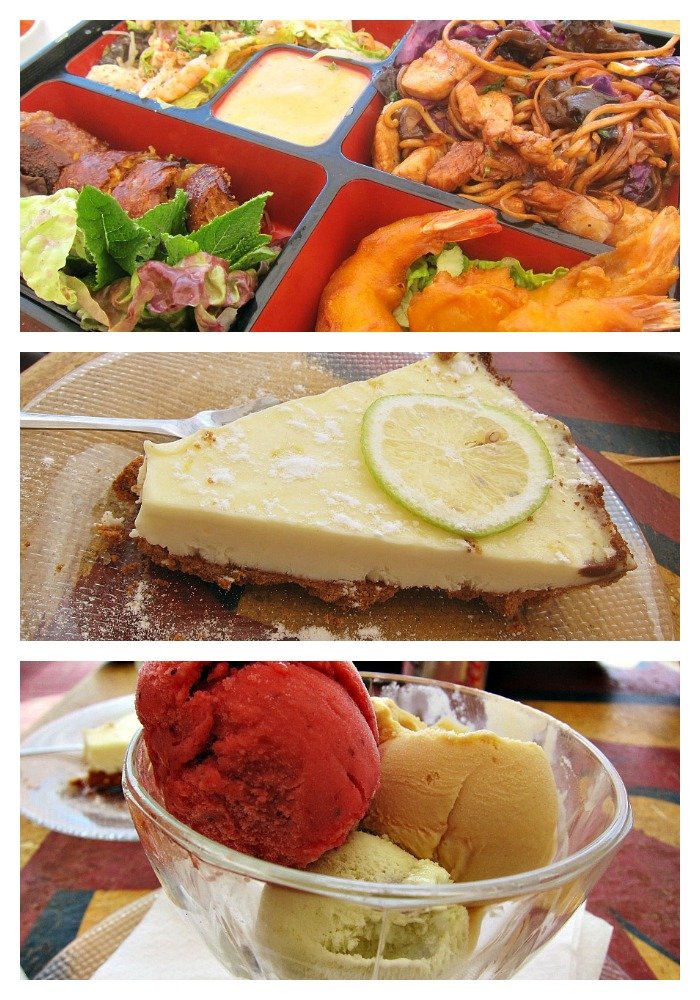 Diabat, an old hippy town was not far away, but we were beckoned by what looked like a big cluster of rocks further south, at the waters edge.

After arriving in a flurry of kids and camel rides, we decided it wasn’t an all natural rock formation as we had assumed.  It showed signs of having been partially man made, but it was hard to fathom as it was buried at odd angles in the sand. 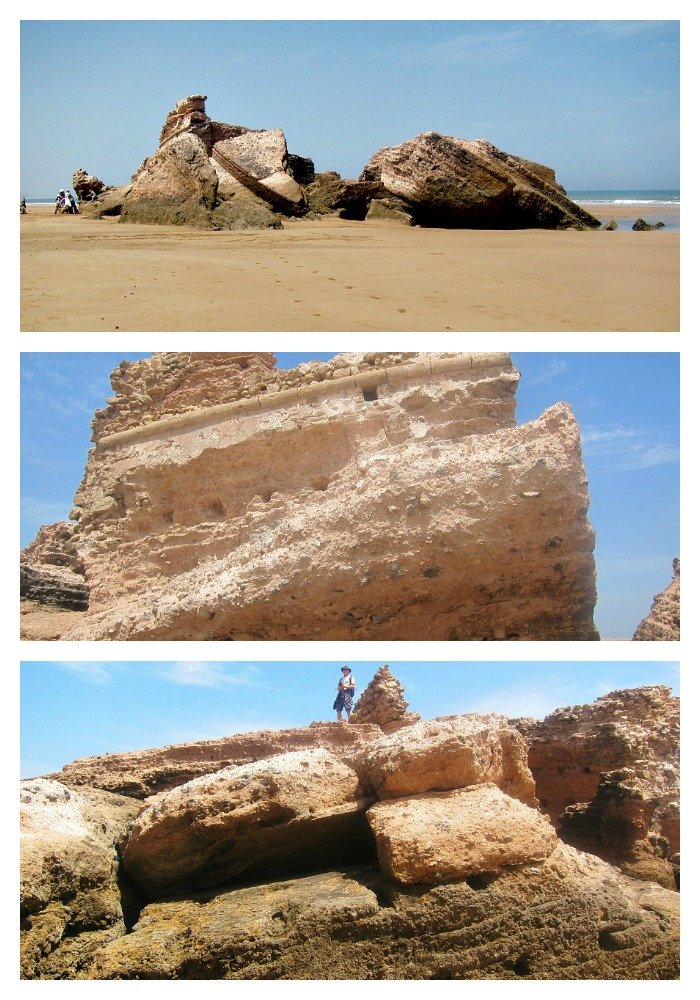 It was Borj el Berod, a Portuguese observation fort which once prominent, was now collapsed and claimed by the ocean.

Portugese inscriptions could be seen on the stonework and Marty climbed it easily for a better view of the area.  It was an exciting thing to discover before it disappears beneath the sand forever.

This is a delightful town to relax in after the craziness of Marrakech, and spending a day at Essaouira Beach is one of our favourite things to do in Essaouira.

What to do in Essaouira

Things to Know about Essaouira Morocco

Essaouira is portrayed in Game of Thrones as the city of Astapor.

The Medina is World Heritage Listed.