This post is linked to Nancie’s Travel Photo Thursday over at BUDGET TRAVELERS SANDBOX.

In the Maori language, Kaikoura means Meal of Crayfish, and true to it’s name, the town is famous for alfresco crayfish dinners from CARAVAN-LIKE CAFES by the ocean.

Some 183 km north of Christchurch, Kaikoura was a prosperous whaling station from 1843 to 1850 and operated part time until N.Z. stopped whaling in 1964.  Sperm whales were hunted world-wide until their once prolific count of 2 million plummeted to near extinction. Happily they have returned with an estimated population of 400,000. This figure varies widely and it seems nobody knows their real numbers.

It is inspiring that today tourists flock here to watch the whales.

The 3,000 metre deep Hikurangi Trench rises steeply from the ocean depths near Kaikoura bringing a buffet of groper, shark and squid – a sperm whales favourite meal.

The huge sperm whales live year round at Kaikoura with a roaming population of Humpbacks and Orcas. Sperm whales are huge – males grow to 36,000kg and range in length from 10 to 15 metres.

Luckily we have humpback whales and dolphins visit us in N.Q., so we decided on this trip, to concentrate on seals.

Boats offer tours to swim with either fur seals or dolphins.  And we had our eyes on a seal swim.

Incredibly a man approached me and asked if we “really did get a room with a view”.  Umm.  Awkward. 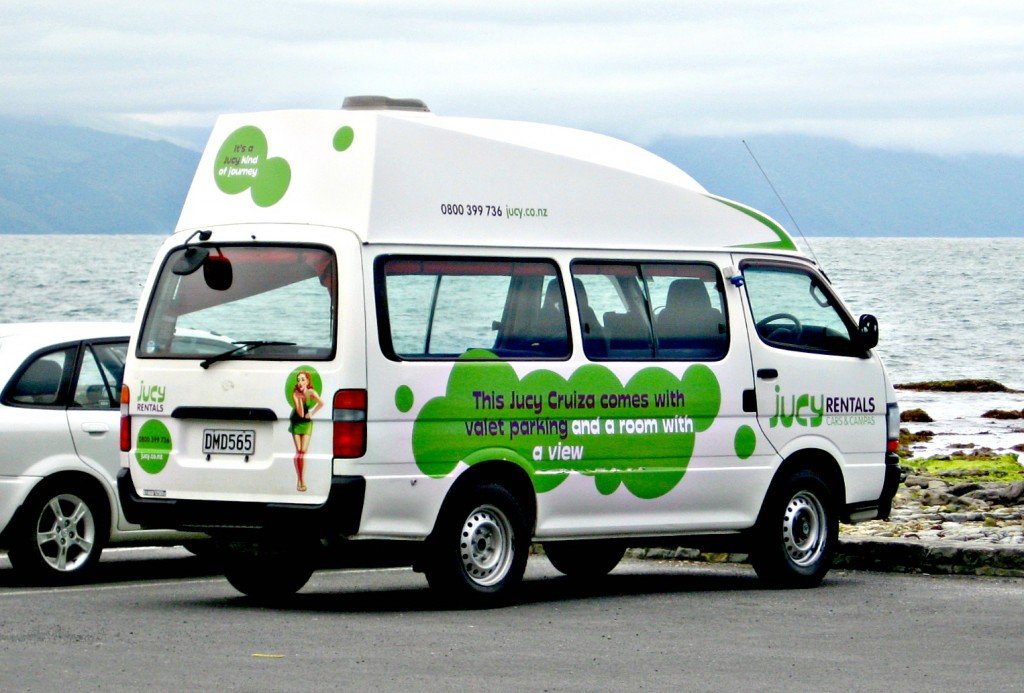 As soon as we arrived, we drove to the headland lookout just south of the town centre for a bird’s eye view of the coast. 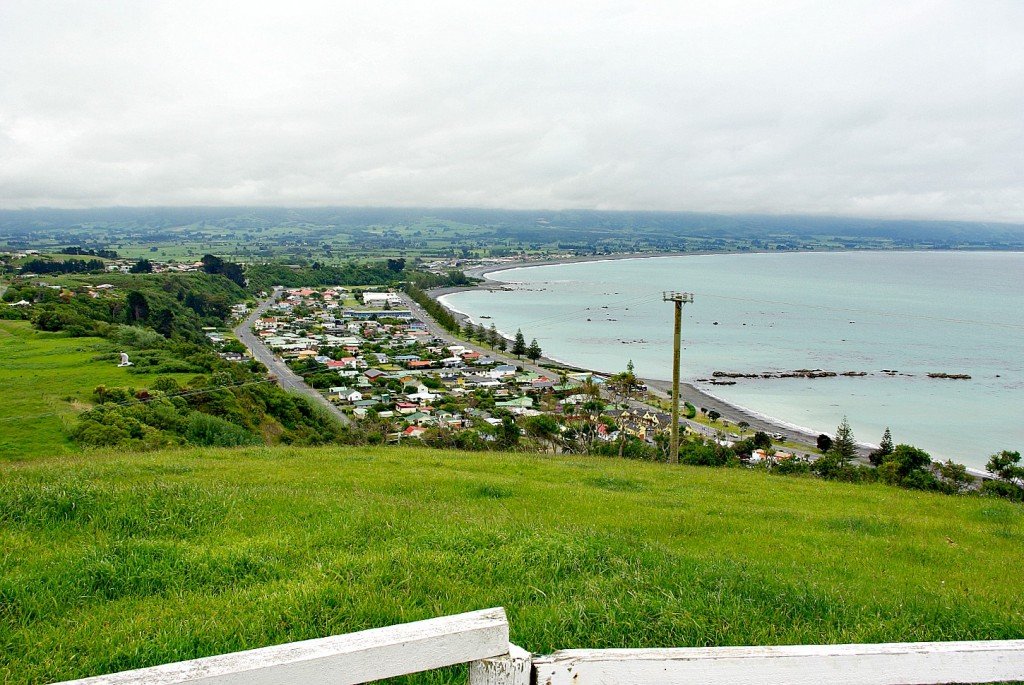 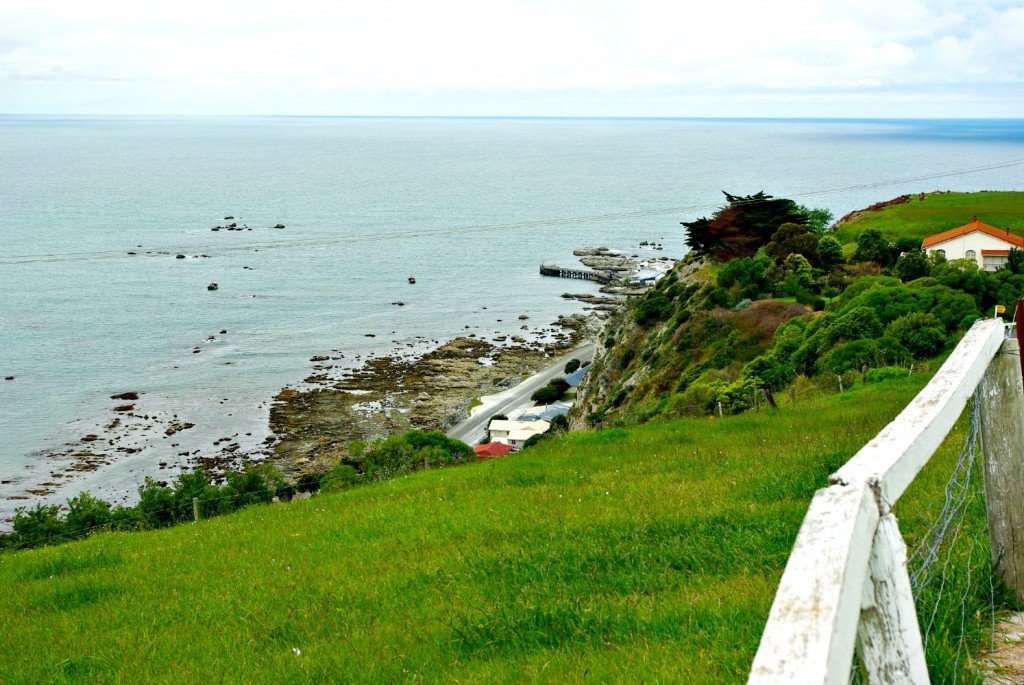 Looking to Goose Bay: How Green can a place get? 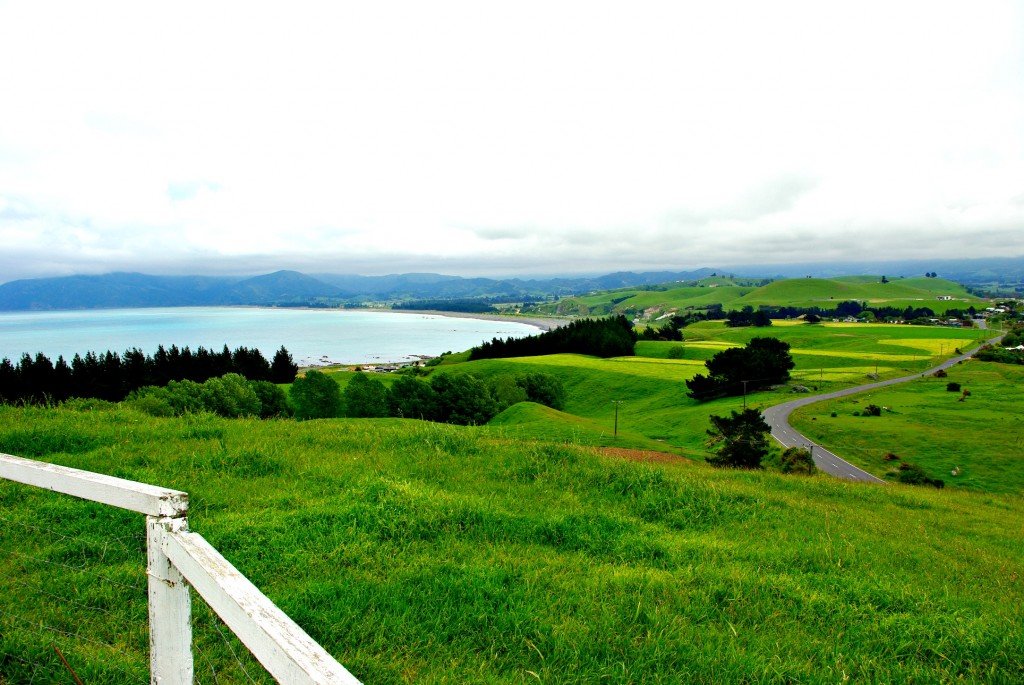 Planning a swimming with the seals tour at Kaikoura, on our first day in the Country, proved to be a little optimistic.  Picking up our hire van took a little longer than expected and road works in the hills north of Christchurch slowed our progress.

Then the water temperature became a reality, and we decided later that afternoon to keep heading north, instead of over-nighting at Kaikoura to catch a seal tour the next day.

Somehow it had been hard to imagine how cold the N.Z. Spring Time water would be, while planning from the warmth of North Queensland, but when you think about it – water coming from a depth of 3,000 metres has got to be cold – brrrr.

An Ocean full of sea creatures lures whales and tourists. 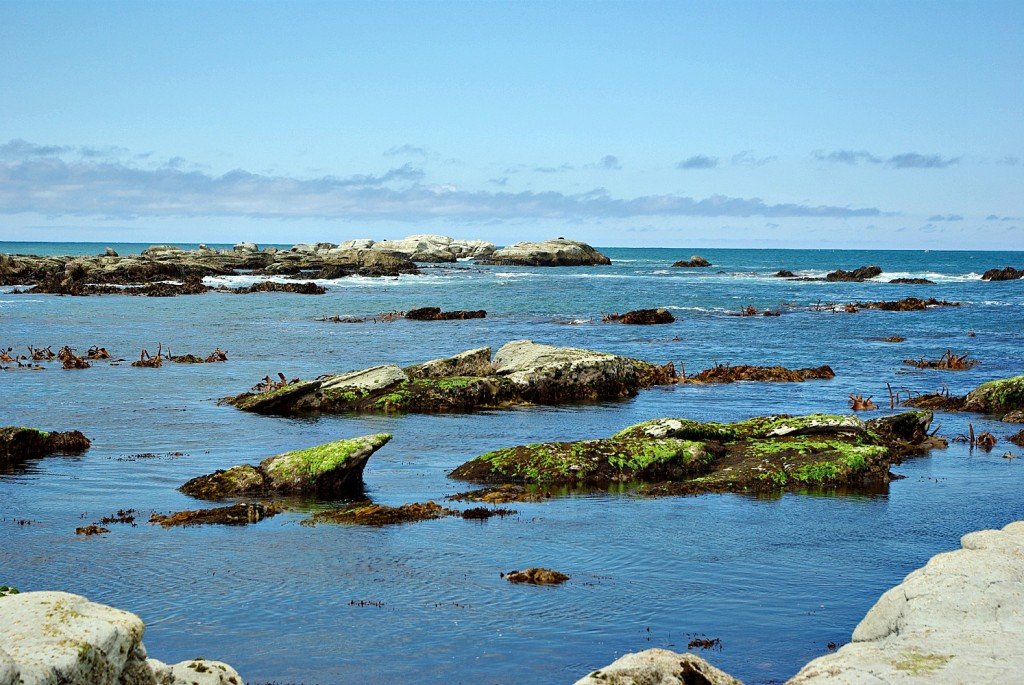 But first we went for a CLIFF TOP WALK. 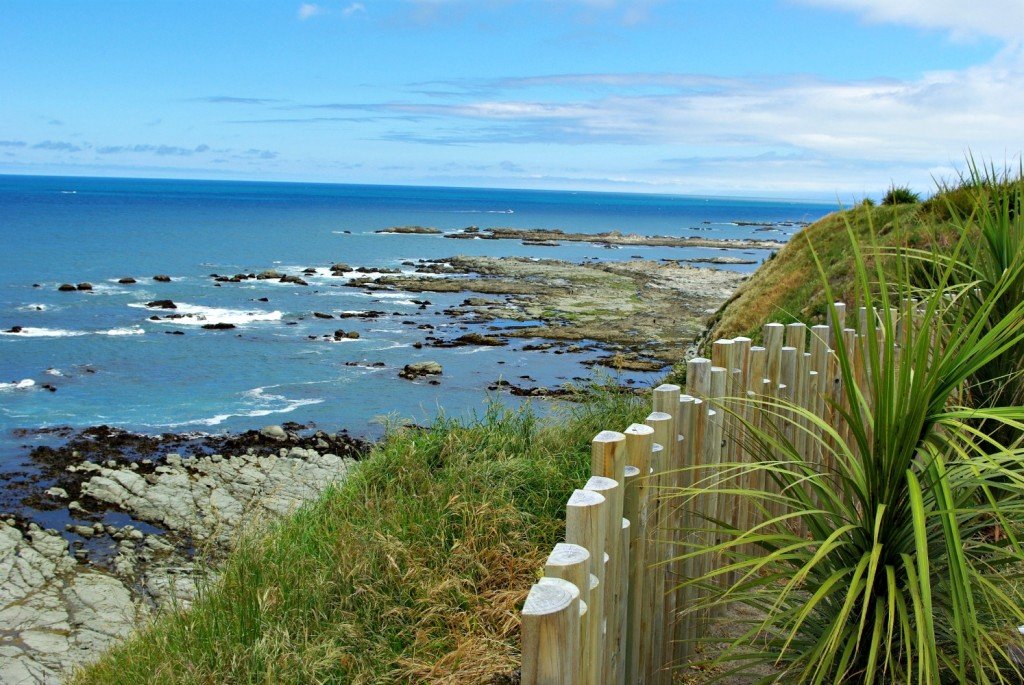 The black specks on the rocks below were seals warming themselves (and who can blame them). 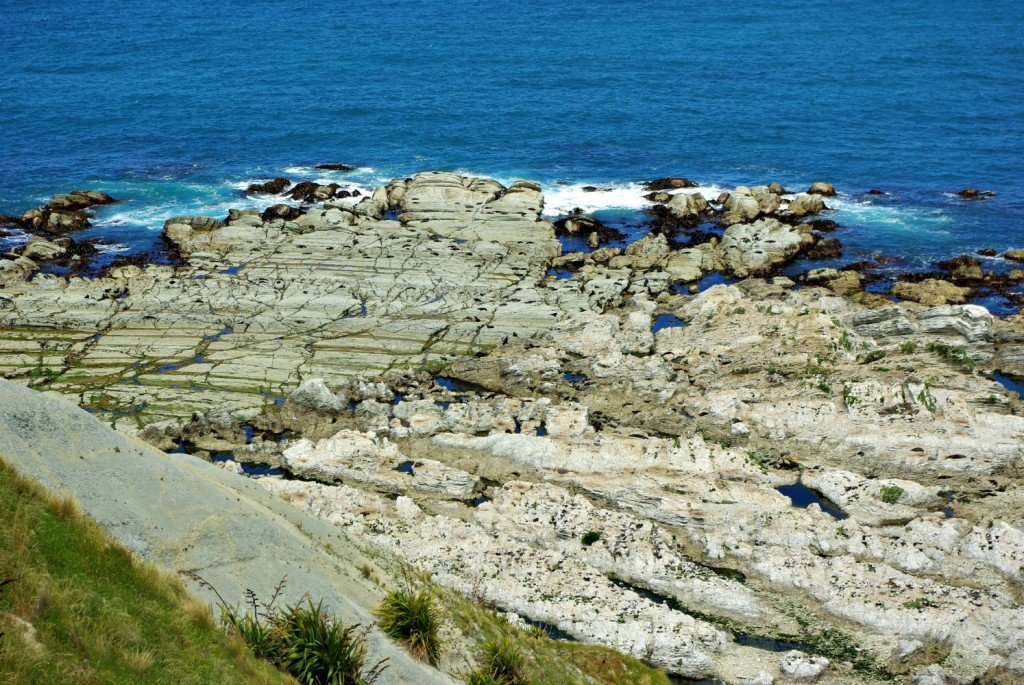 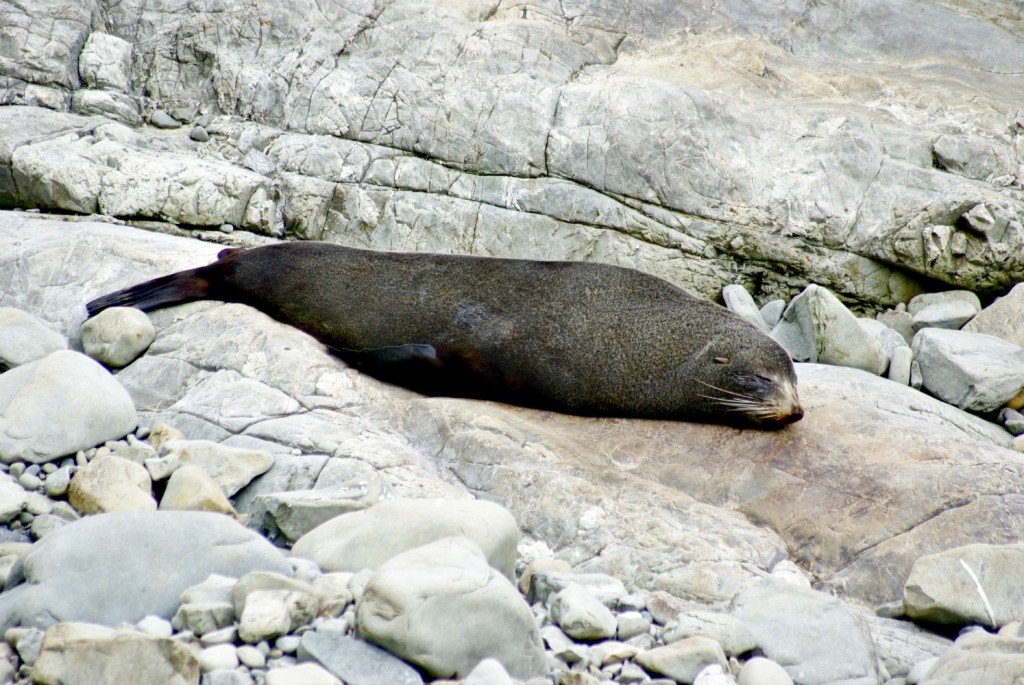 Seal Day Care- this one was taken from the road north of Kaikoura. 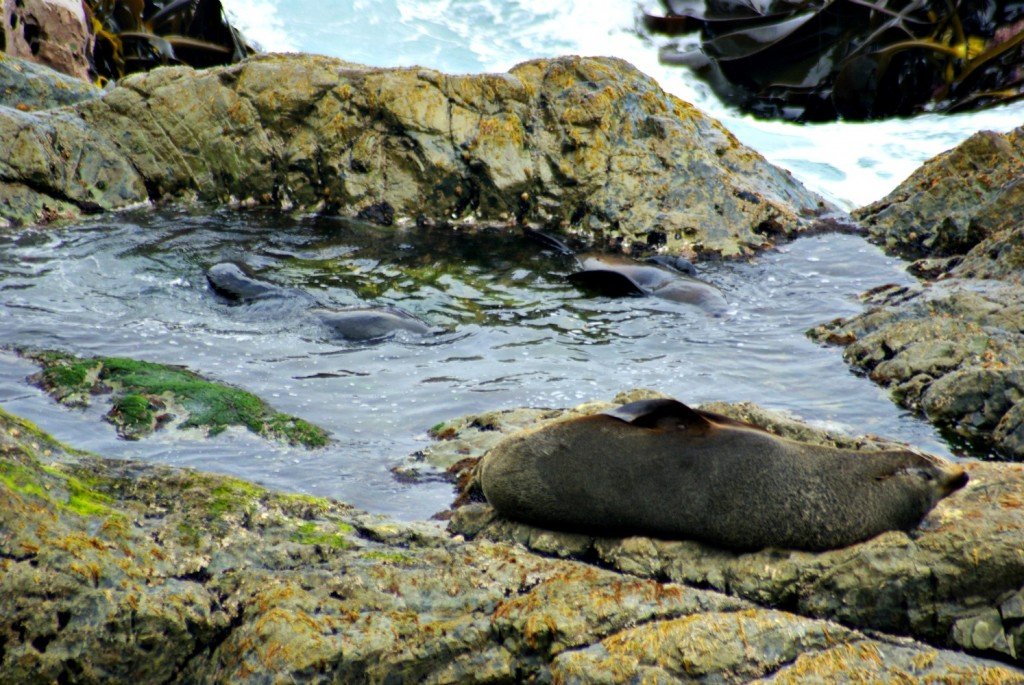 I adored the patchwork of timber on the old wharf. 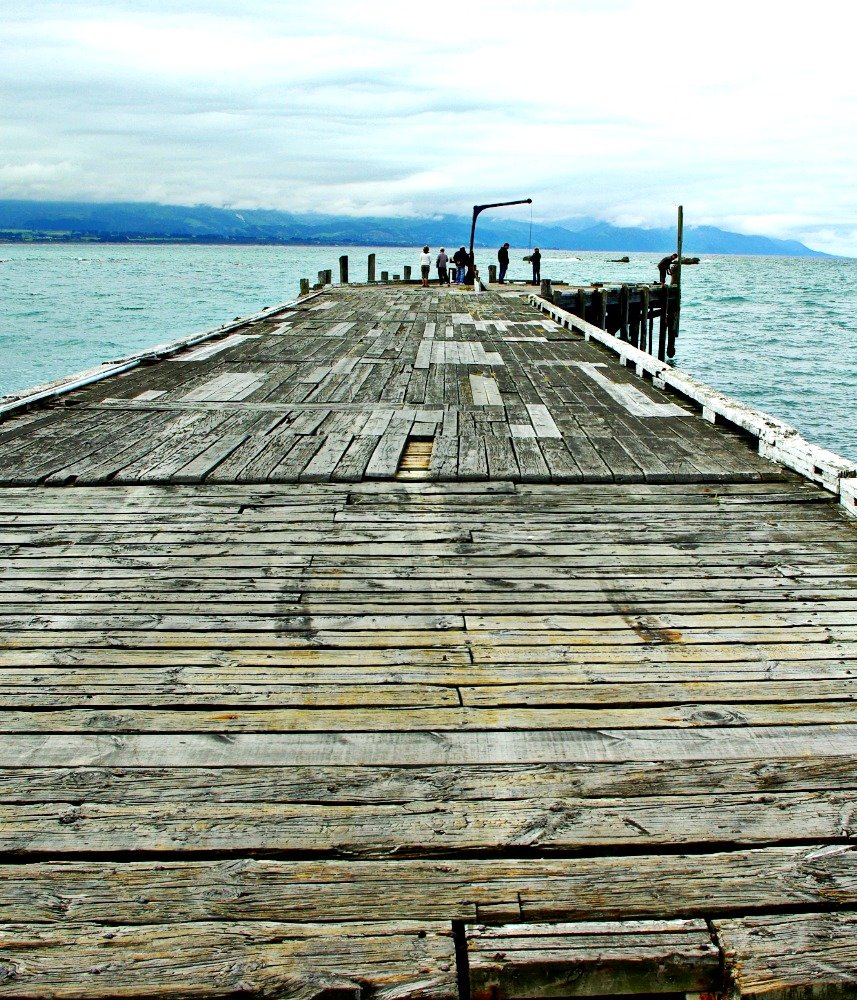 Although we did not swim with the seals, we were ecstatic.  The country was so different to Australia and it was our first solo overseas trip for 25 years!  Within 5 minutes of leaving the Hire Car office in the northern suburbs of Christchurch, we were driving through delightful rural scenery, where we inevitably spied the first of many Kiwi* SHEEP.

Along the way there were lesser roads that tempted us from the highway, but we were on our Kaikoura mission.

*Kiwi is a nick-name for New Zealanders.  Named after the Kiwi a N.Z. flightless bird that makes the sound Keee-Weee.  First noted in the Oxford English Dictionary in 1918. (And I thought it was just an Aussie thing!)

Things to do in Kaikoura

Although the town only has a population of 4,000 there are mega tourist opportunities.  These were taken from our dog-eared Lonely Planet New Zealand book.  Prices noted are in NZD and current web sourced.

Florence Bay on Magnetic Island
Next Post: Tuesday in Townsville When it rains at the beach