More than a few Lycian tombs congregate on the Mountain just south of the centre of Fethiye in the Mugla Province of what is modern day Turkey.  The highest and largest of the Tombs was built in 350 BC when Fethiye was known as Telmessos, one of the city-states that formed Lycia.  An inscription on the side of the tomb reads “Amyntou tou Ermagiou” – The Tomb of Amyntas.

A set of stairs leads directly to the Tomb from the road below.   There is a sometimes manned ticket booth near the base of the stairs. Entrance Fee was 10tl in September 2013. 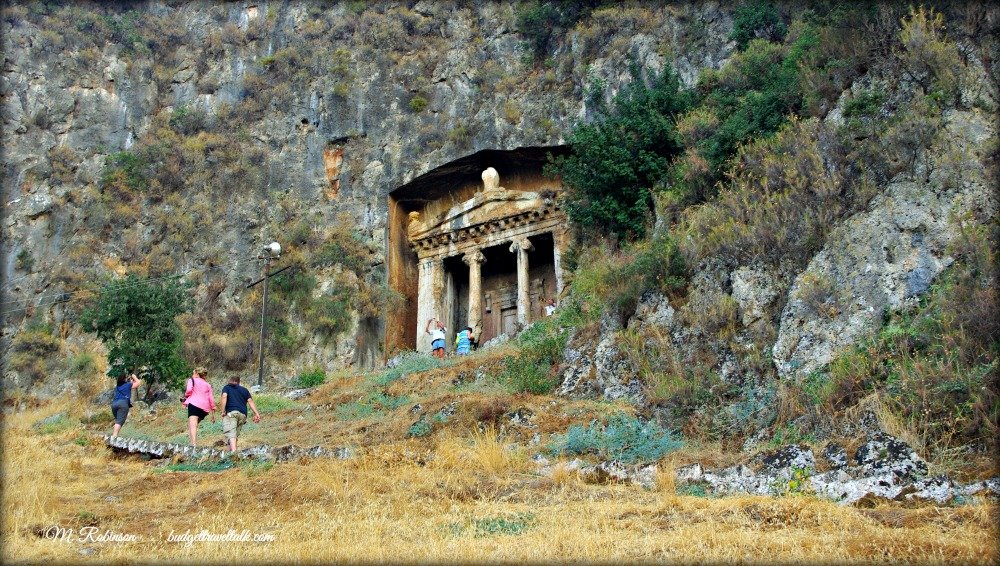 Amyntas’ tomb was raided long ago and has been graffitied, but it’s grandeur shines through.  The structure is solid and within you can see where the body would have lain. 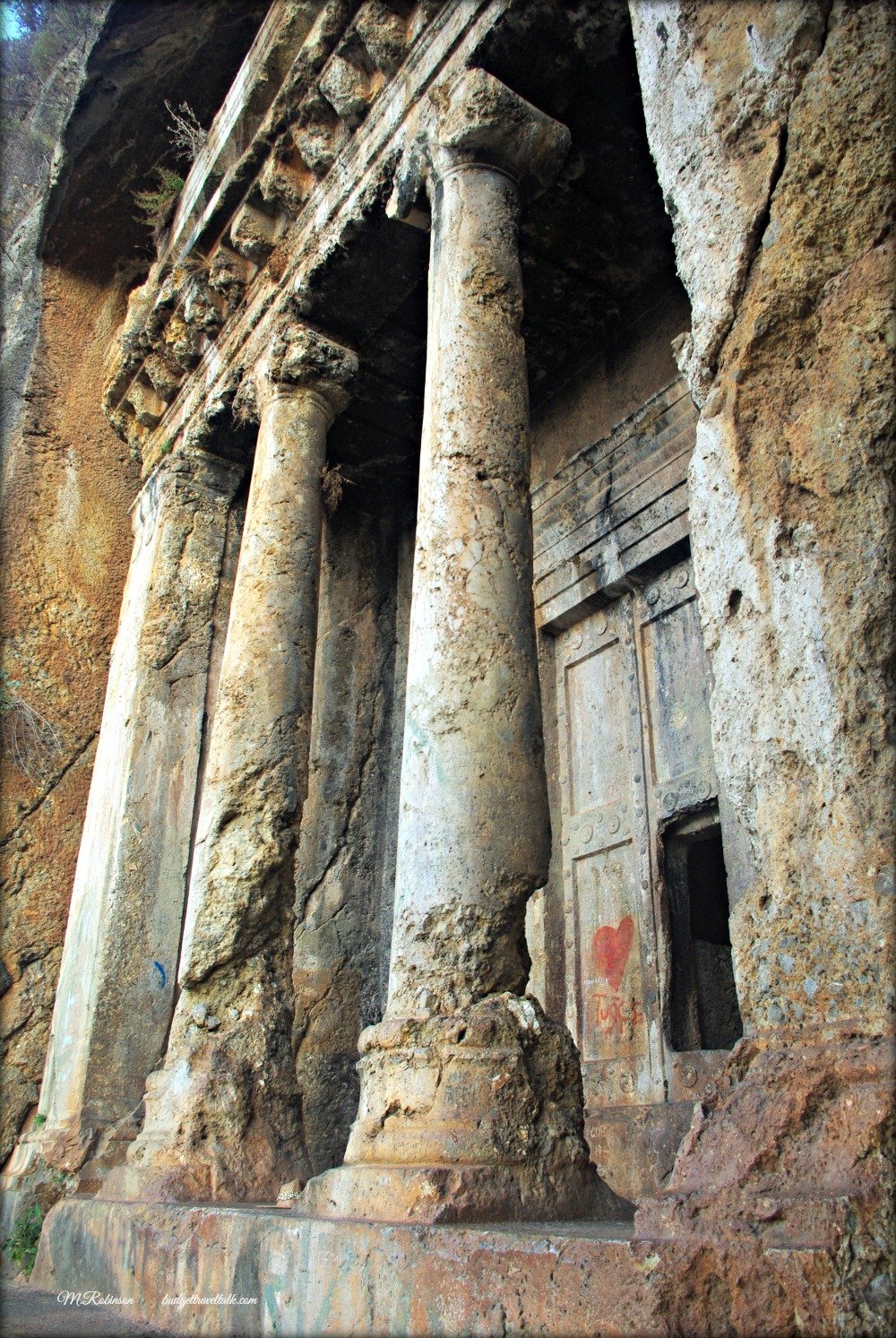 A tour group finished their day with sunset wine and snacks overlooking the Agean Sea.  To appreciate the view over a meal try the roof top restaurant in the street below. 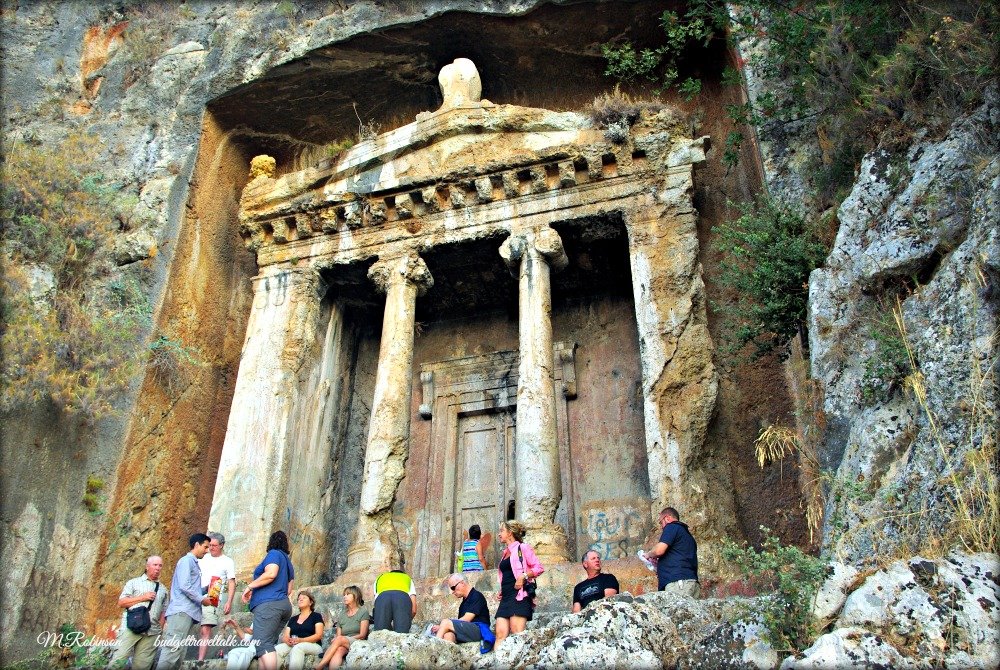 To the lower left of the Tomb of Amyntas are a mass of smaller rock tombs.  They have no access but can be viewed from the road beneath on the way to old Fethiye. 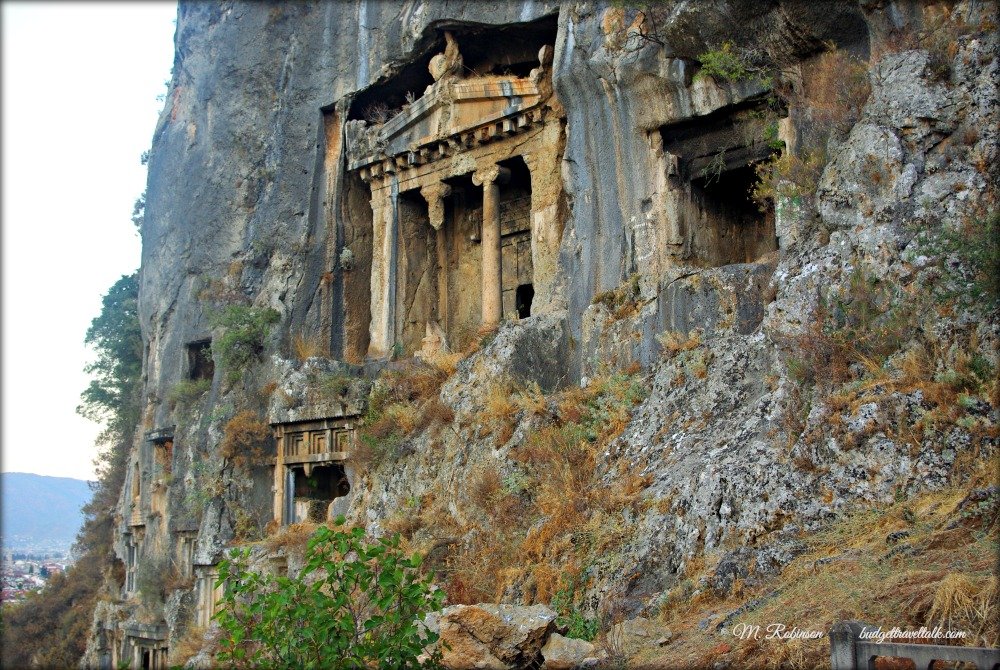 The modern day vista from the tomb is pretty special.  I wonder what it looked like in 350 BC. 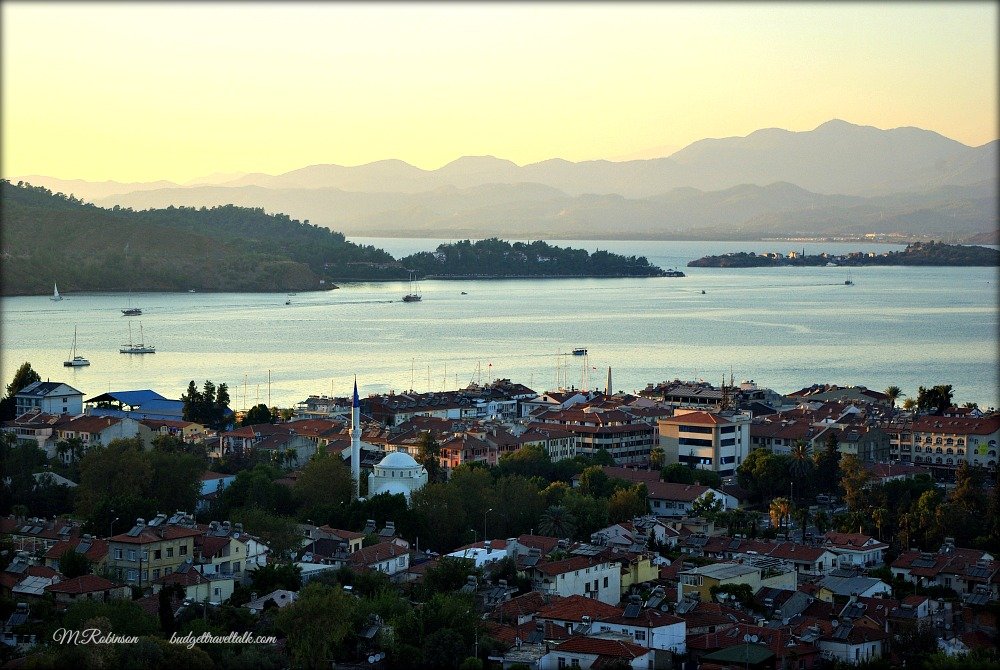 We caught a taxi from the harbour to the Tombs as it was late on our last day in Fethiye, then walked back to the town area for dinner.  The streets below were interesting with Lycian stone sarcophagi from 450BC sprinkled here and there. 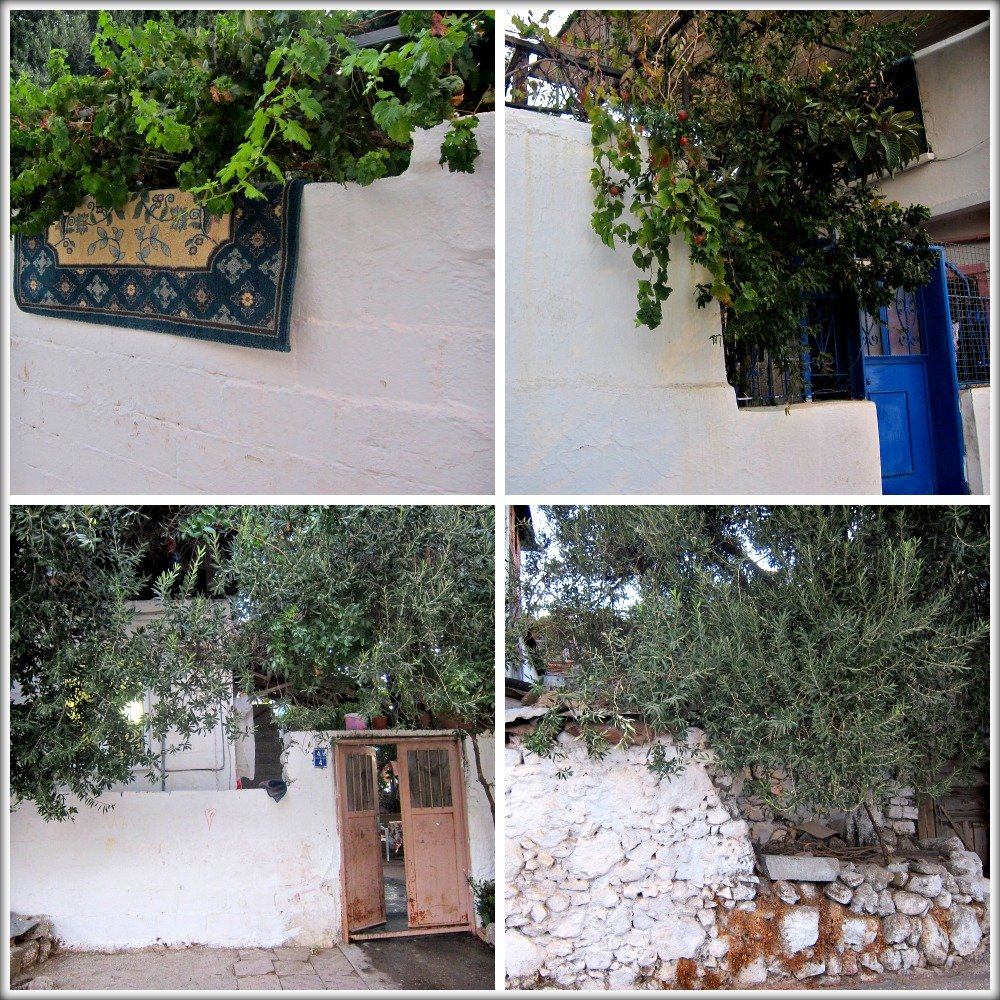 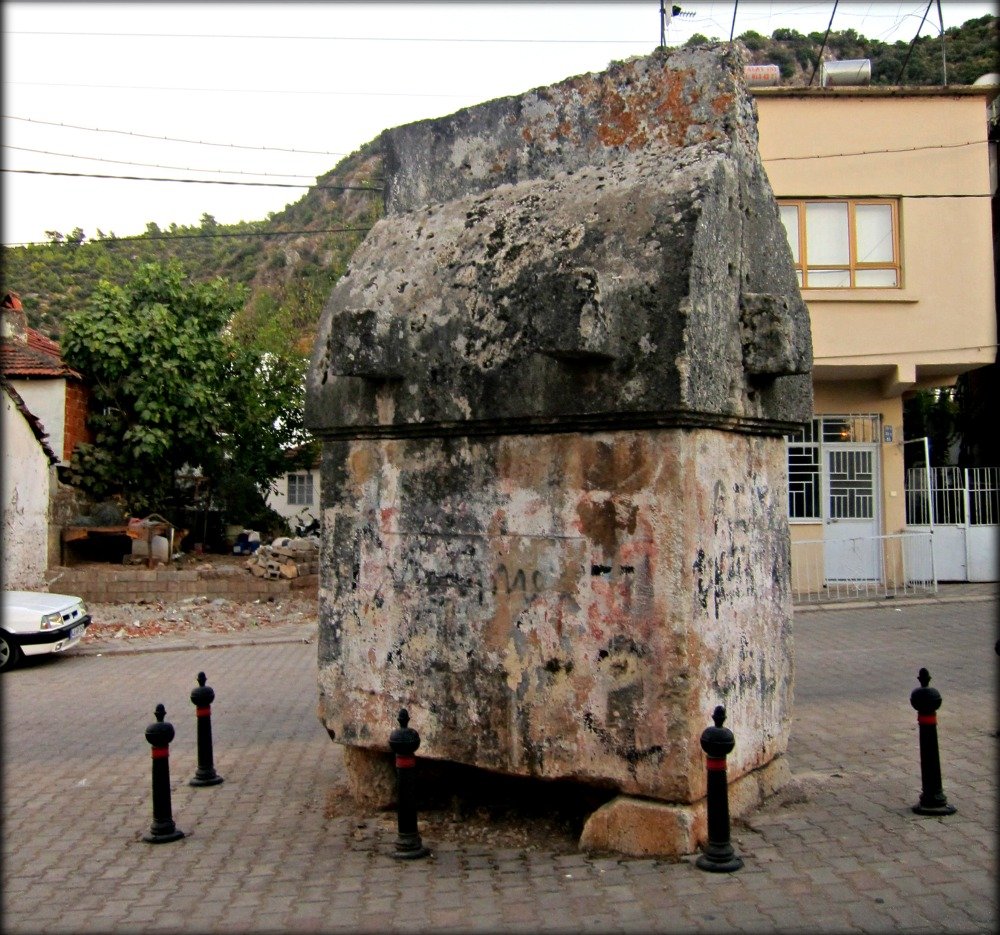 Fethiye has another roman ruin to visit – the 6000 seat Telmessos Roman Theatre behind the central harbour.  It is free to visit but has only been partially restored.

As well as the beautiful harbour and interesting boat trips, Fethiye has great weather and good food.  Turkeys for Life is the blog to read for everything Fethiye.


This blog is linked to Nancies’ Travel Photo Thursday over at Budget Travelers Sandbox.

Boating Clouds and Sunsets at Morris Creek South of Townsville
Next Post: Ayvalik an Agean Seaside Town in Turkey