Pula, home of Pula Arena, the fourth most famous Roman Amphitheatre in the world today, is the largest town in Istria and eighth largest in Croatia. Croatian Istria is that knob of land jutting out into the Adriatic just below that charming Slovenian port of Piran. 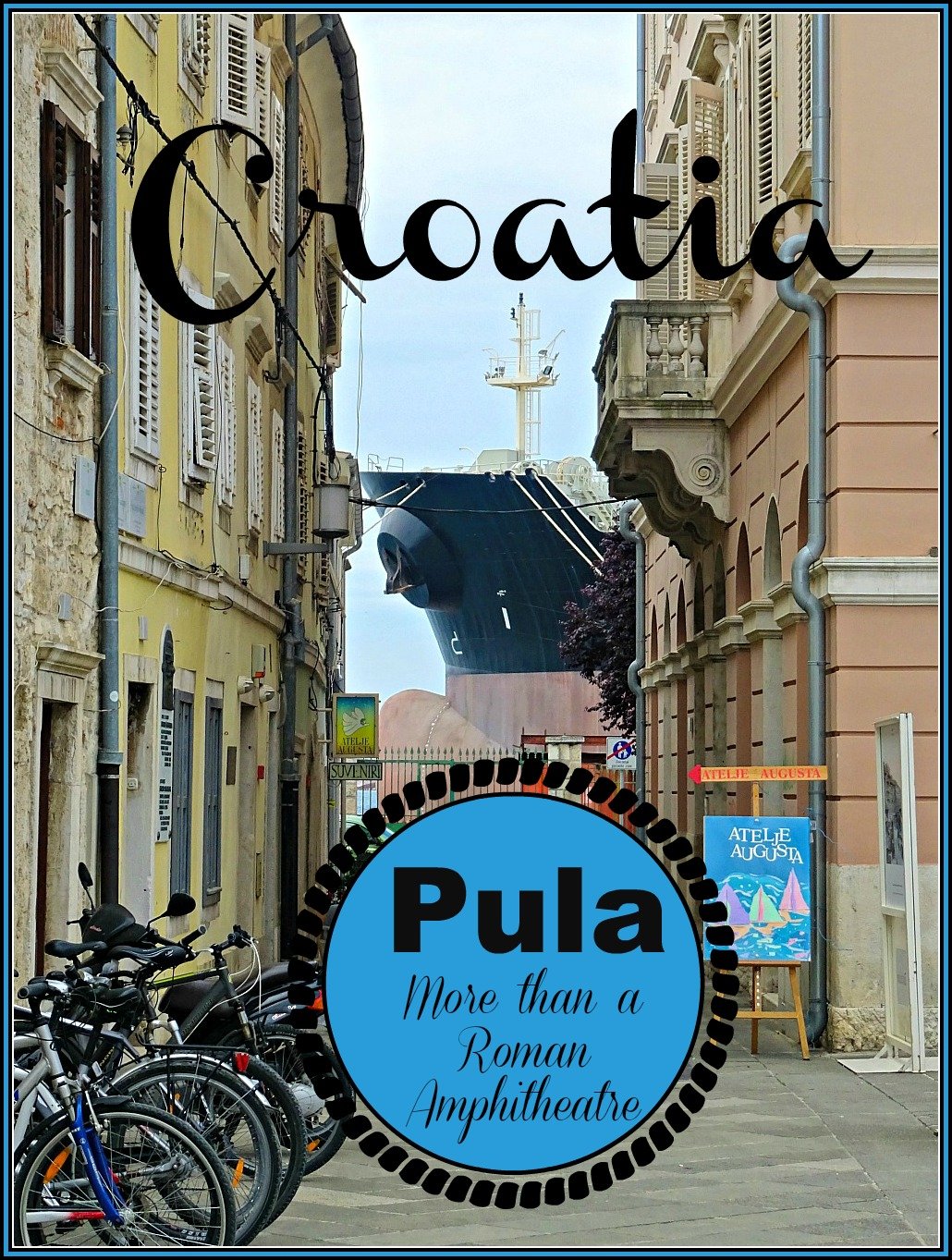 The old centre of this friendly, walkable and interesting town is only minutes away from Pula Arena.

The town square is on the site of the old Roman Forum. 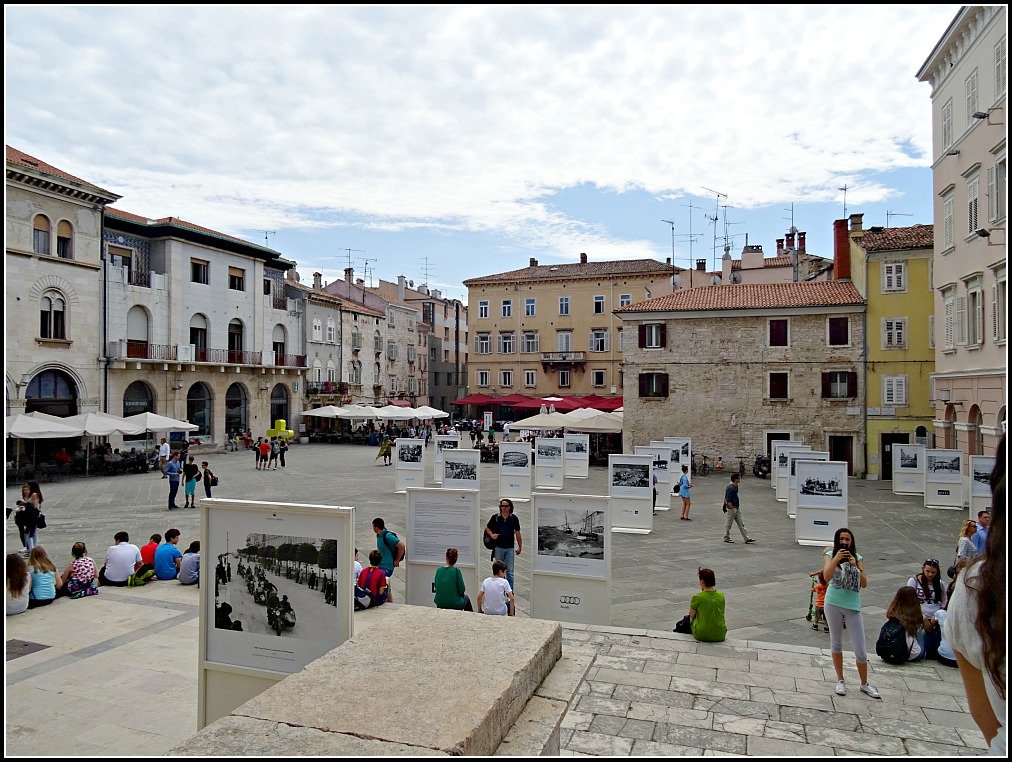 The Temple of Augustus is the only one of the forum buildings remaining today. Built between 2 BC and AD 14, it started life as a Pagan Temple, then moving with the times became a Church, Granary and now a small museum which wasn’t open during our visit. 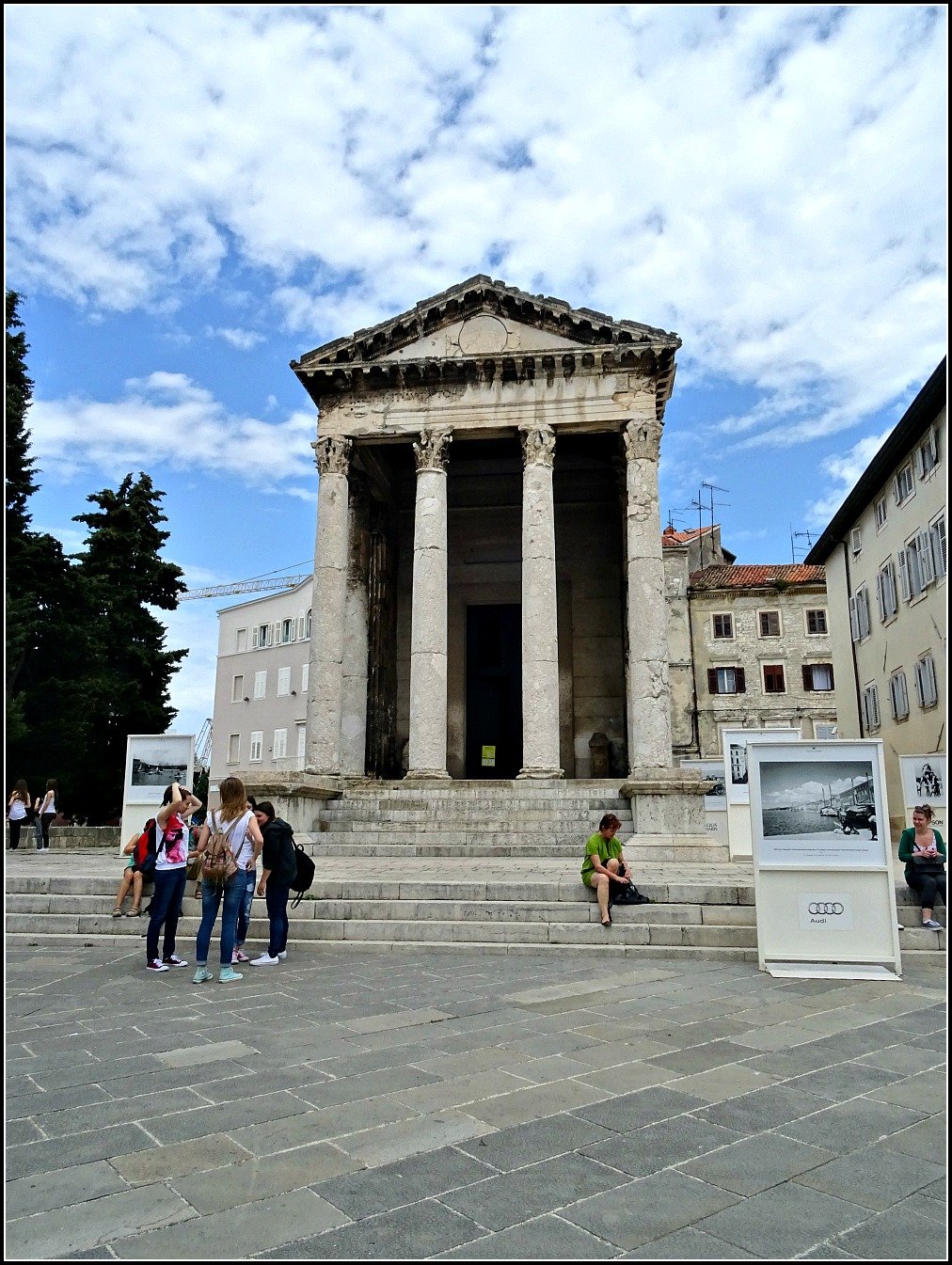 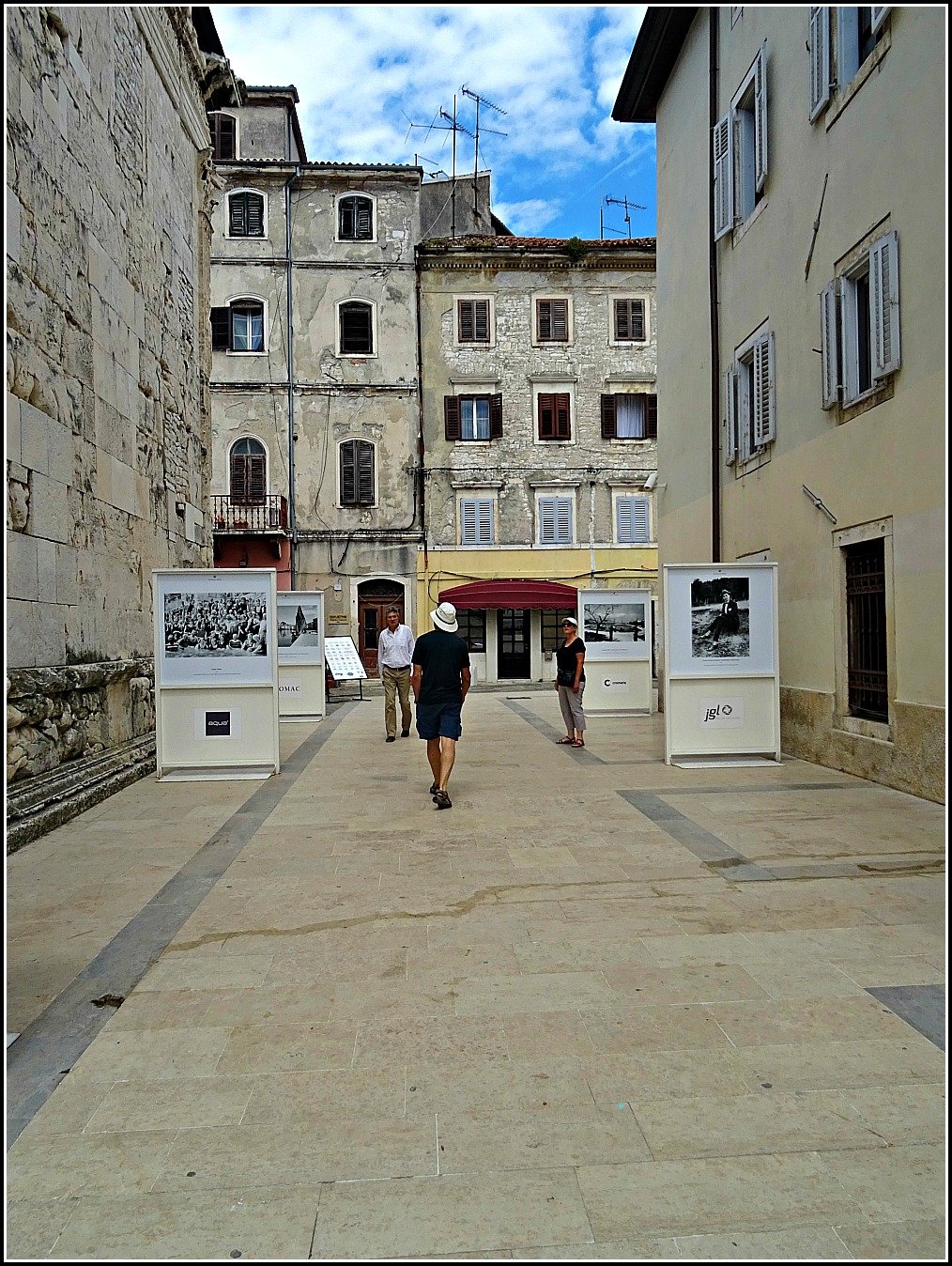 You’re never far from the water in Pula. I was standing in the town square as I took this shot of a ship in port. 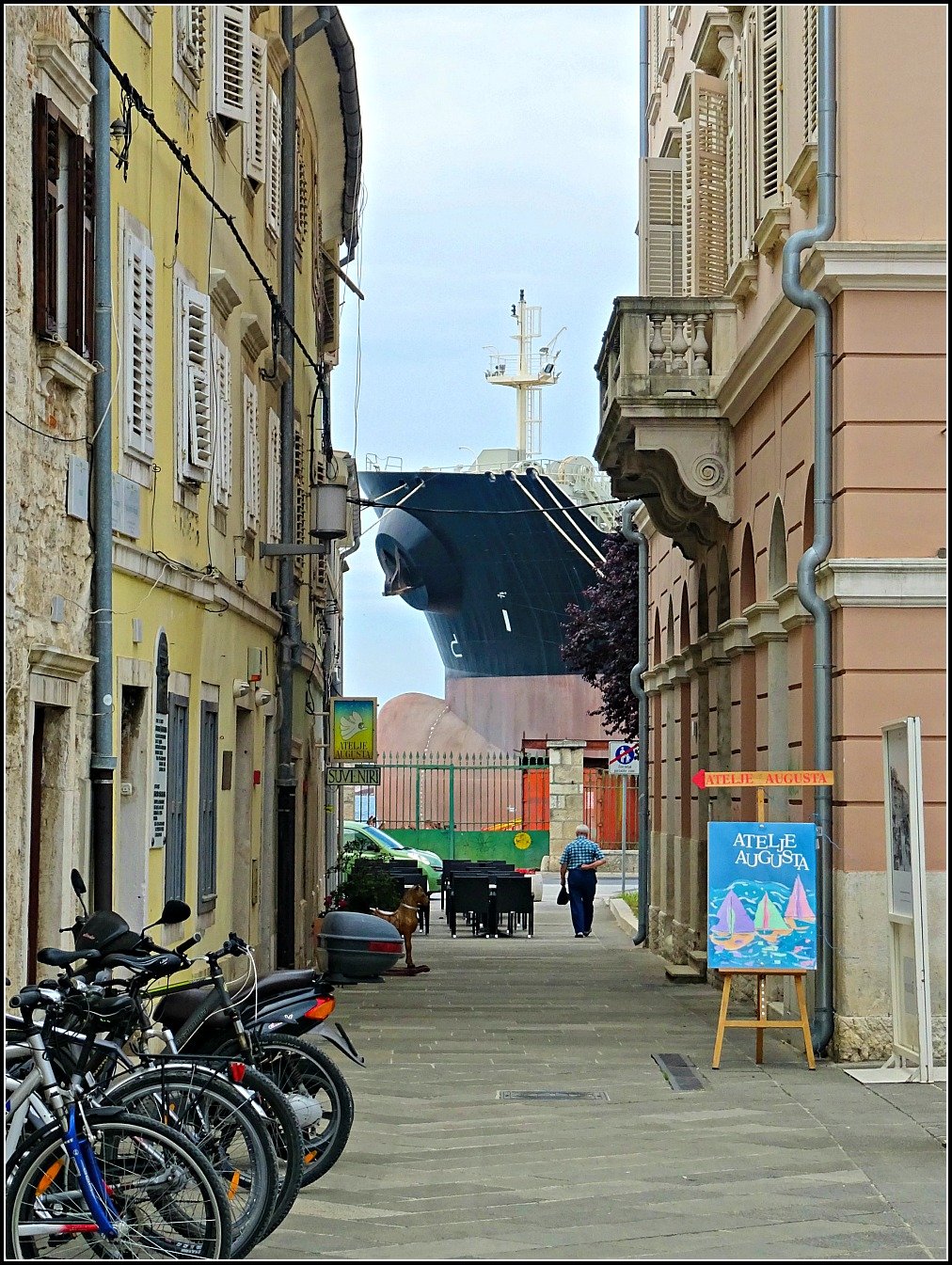 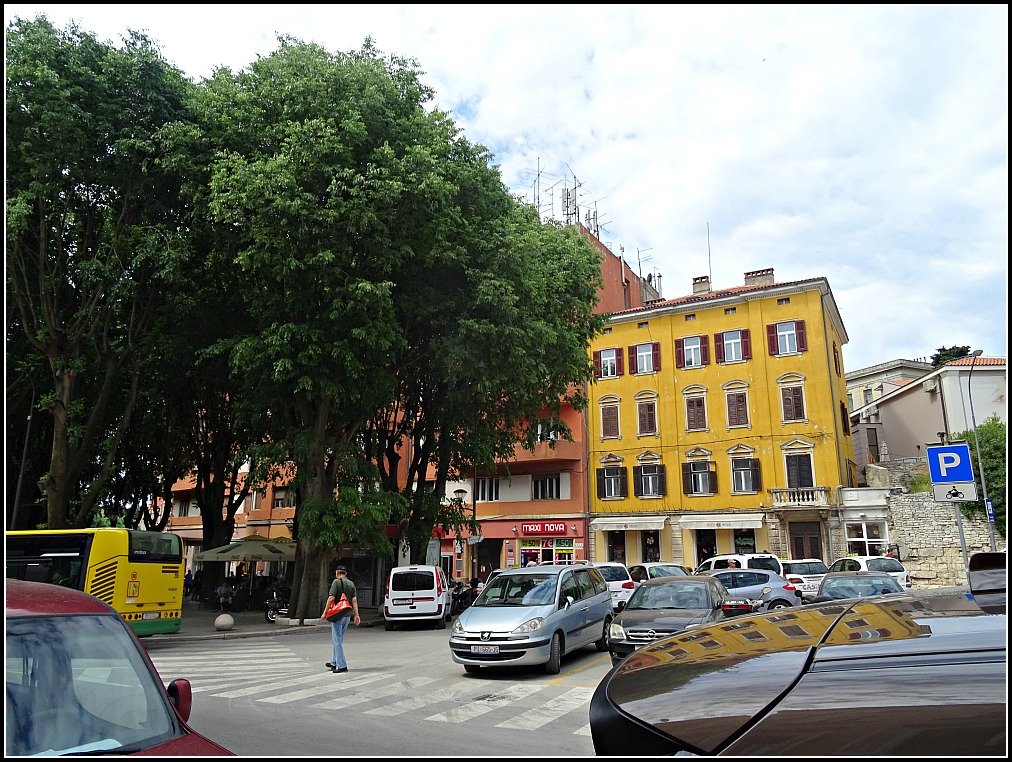 The Roman Gate of Sergi in Portarata (the old city centre) of Pula. 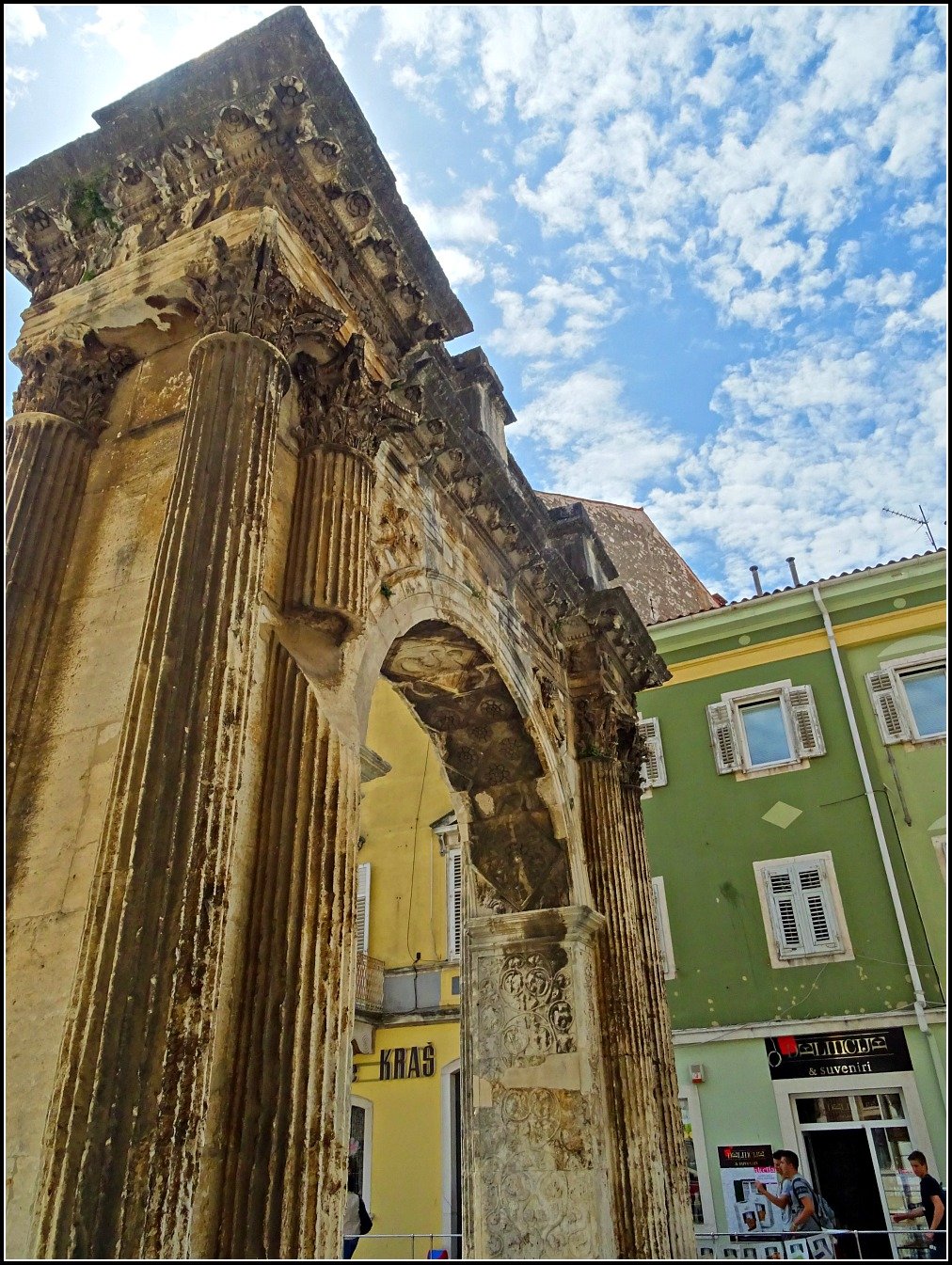 If you see a distinguished bronze gentleman sitting outside the Ulysses Cafe in Portarata, gazing at the Gate, that will be James Joyce, the Irish novelist considered one of the most influential writers of the 20th Century. He taught english in the building for 6 months, but wasn’t complimentary about the town, which he considered a backwater. You won’t find many places in Pula claiming an association, but we couldn’t resist having a drink with him. 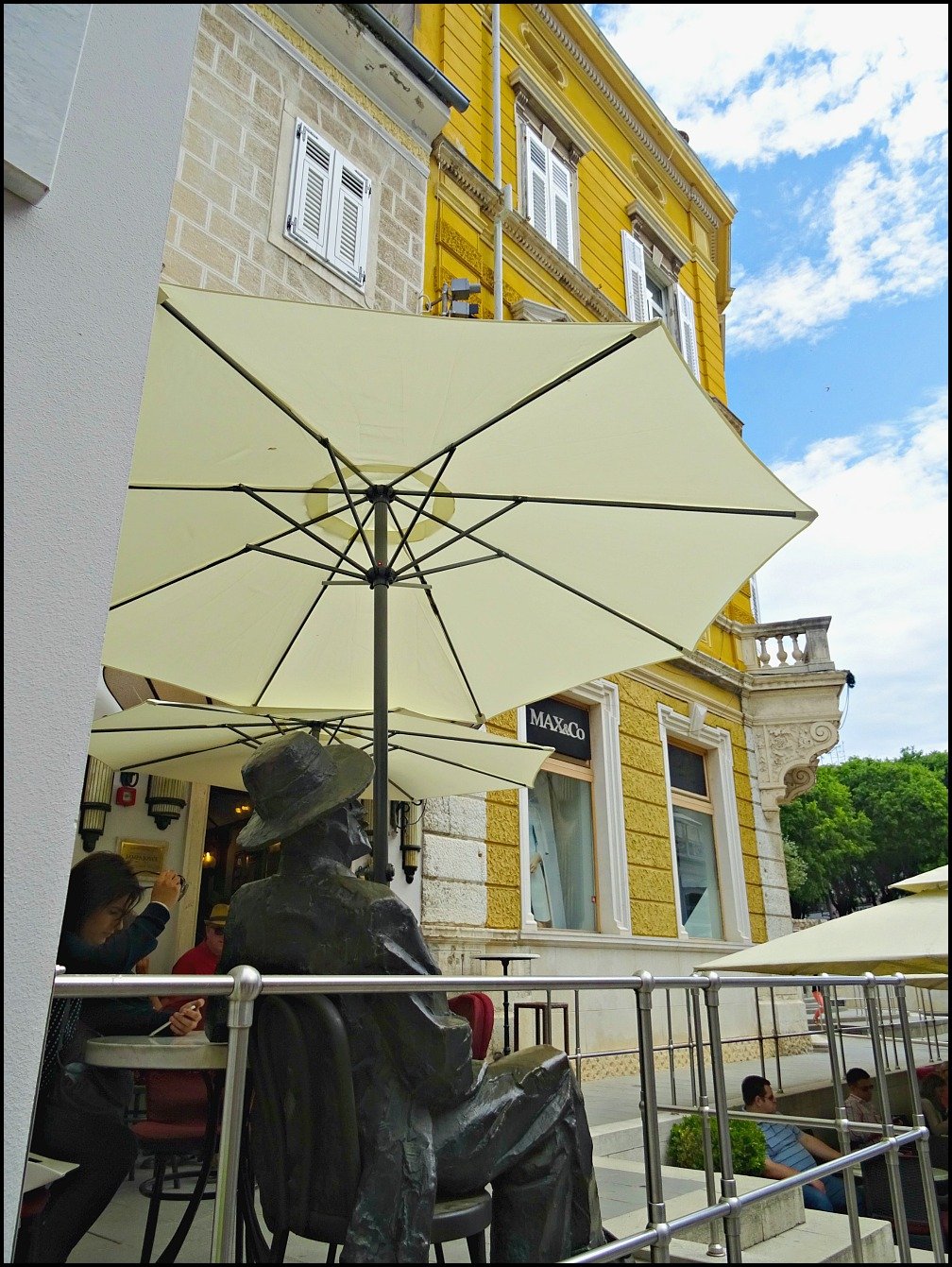 The original carving of the head of Hercules is still visible on the arch of the Gate of Hercules. 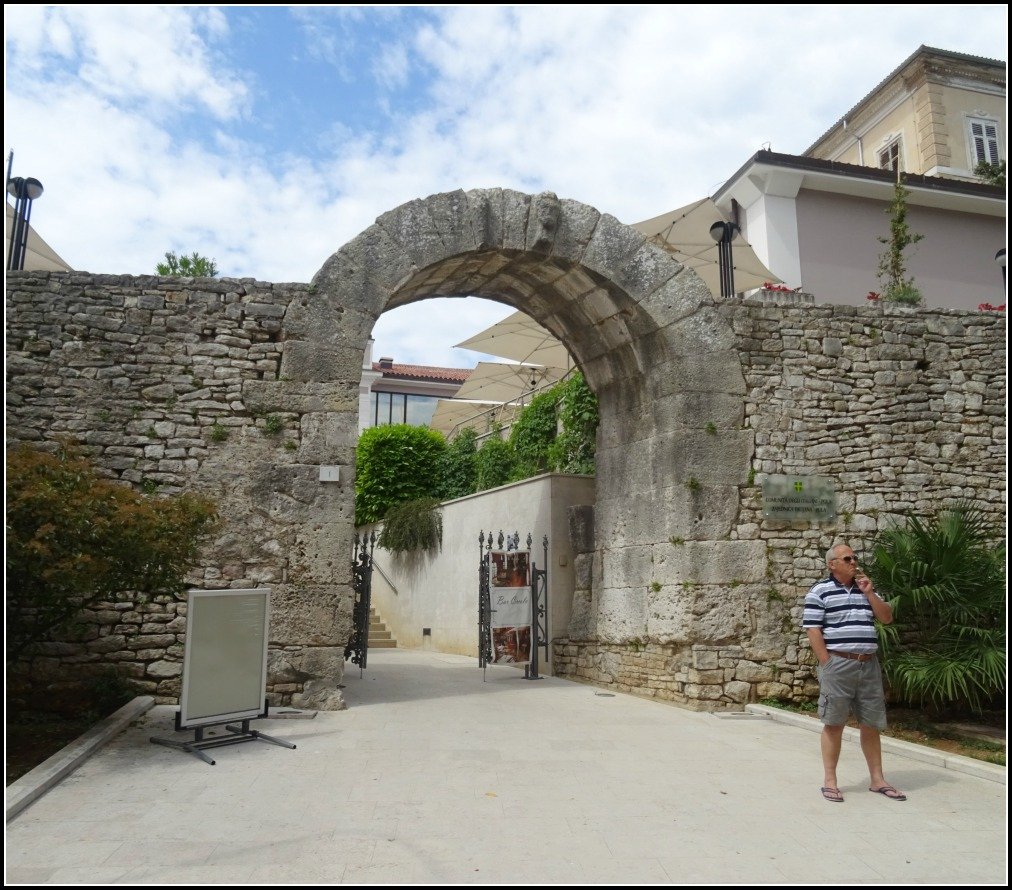 I liked the look of the stone chimney of a random old bakery. 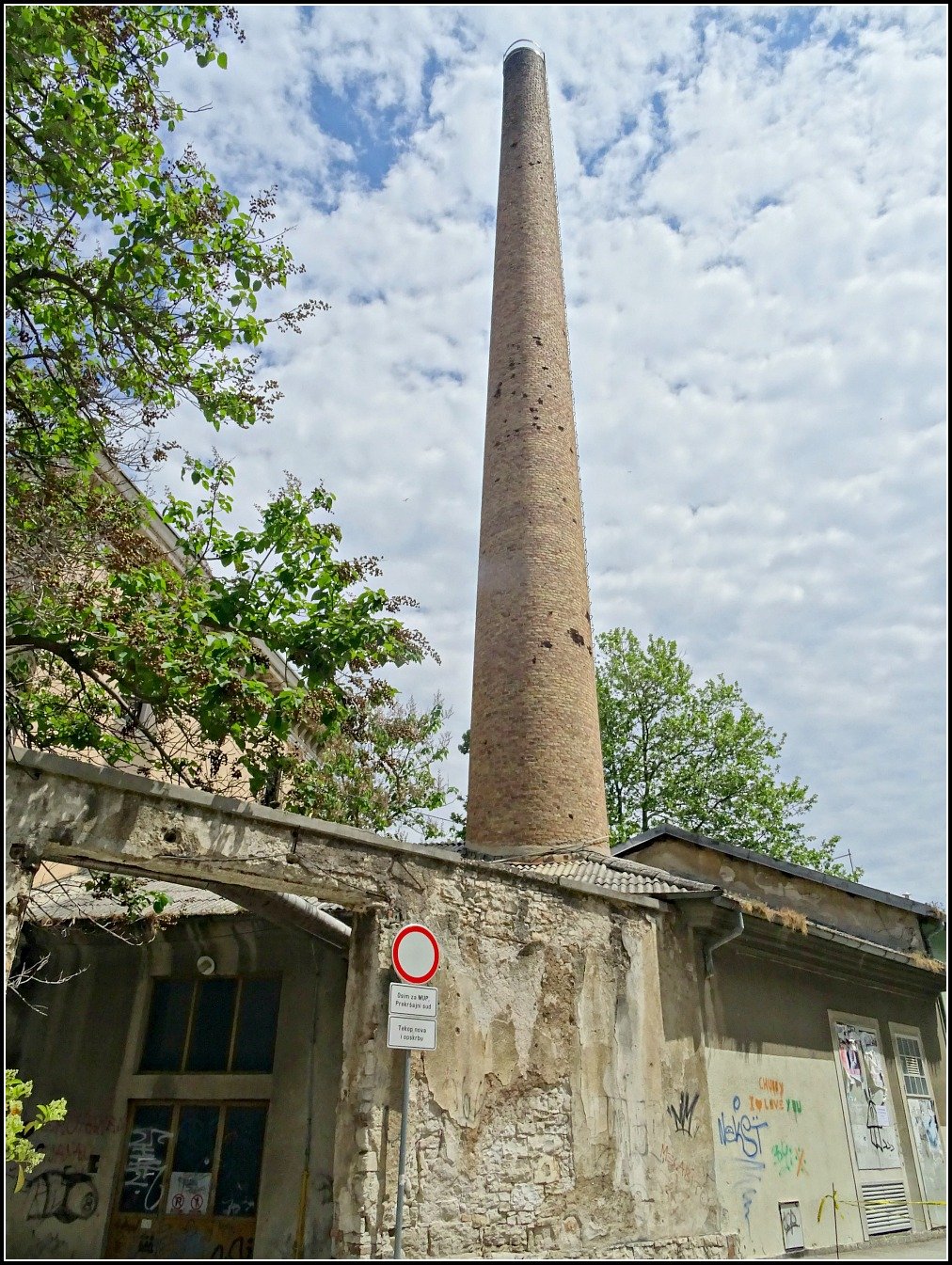 Stone was taken from Pula Arena to build the belfry of Pula Cathedral (shown below). The practice of using the Arena as a source of building materials ceased after the Belfry’s construction. Pula Info suggests 1707 as the date. 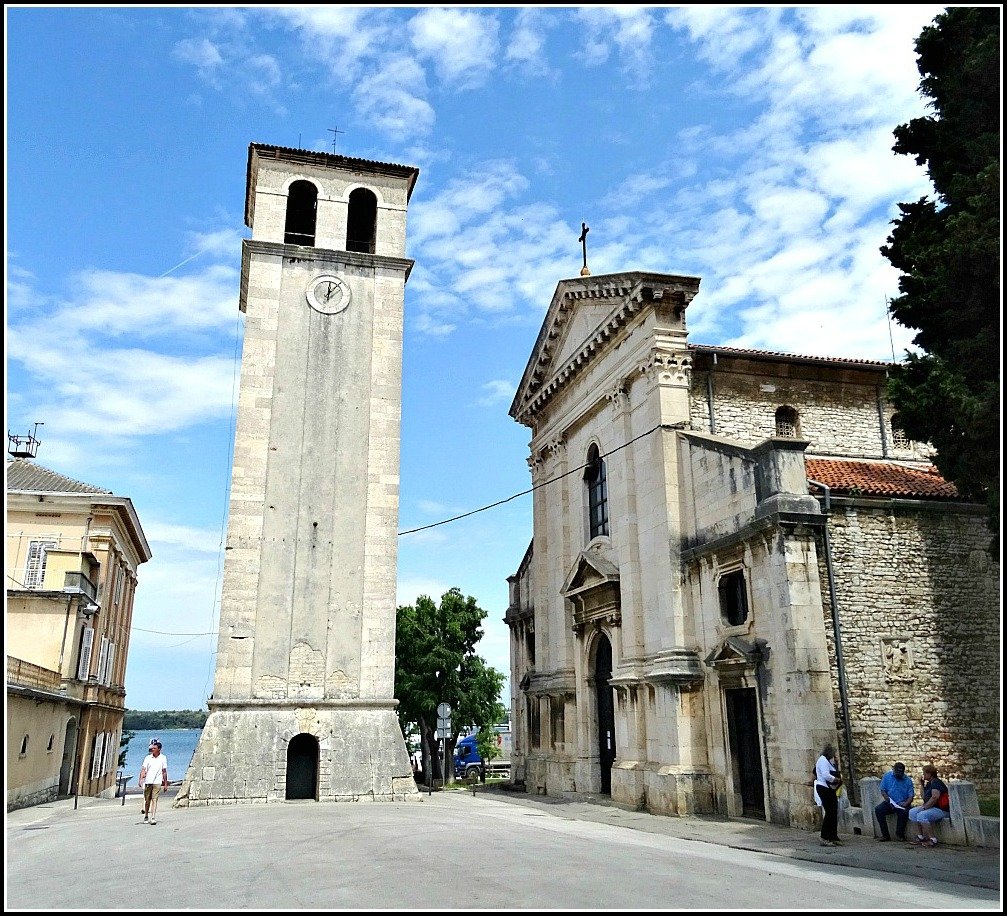 Tito’s Park. Named after the Communist Dictator born in Croatia. 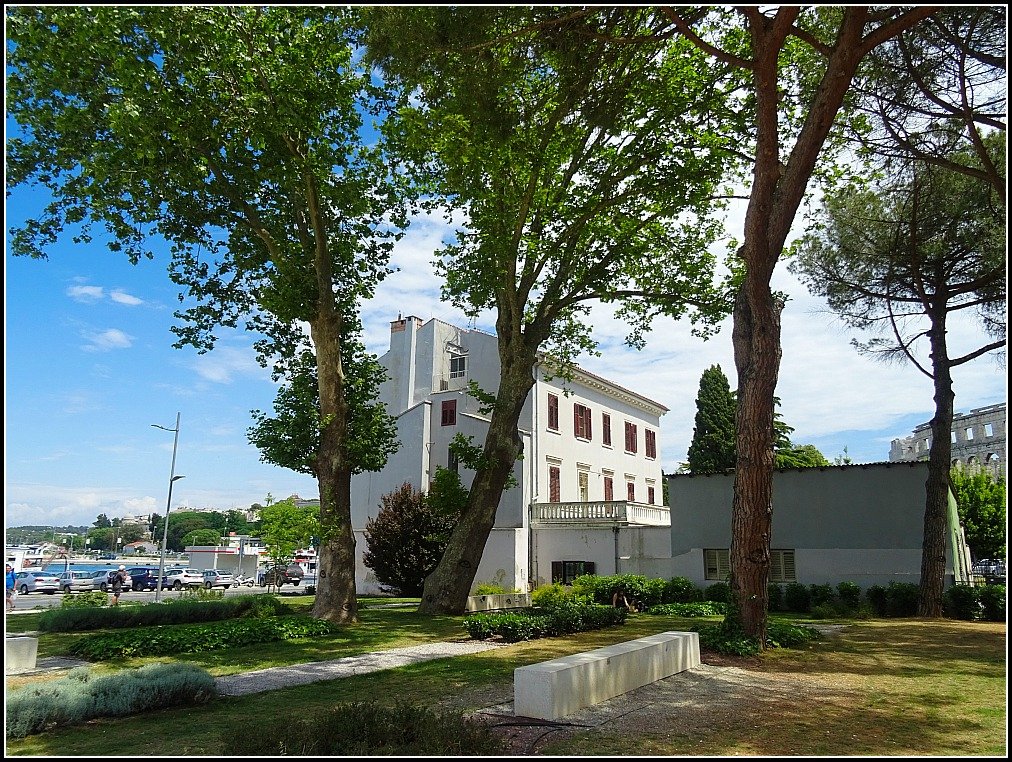 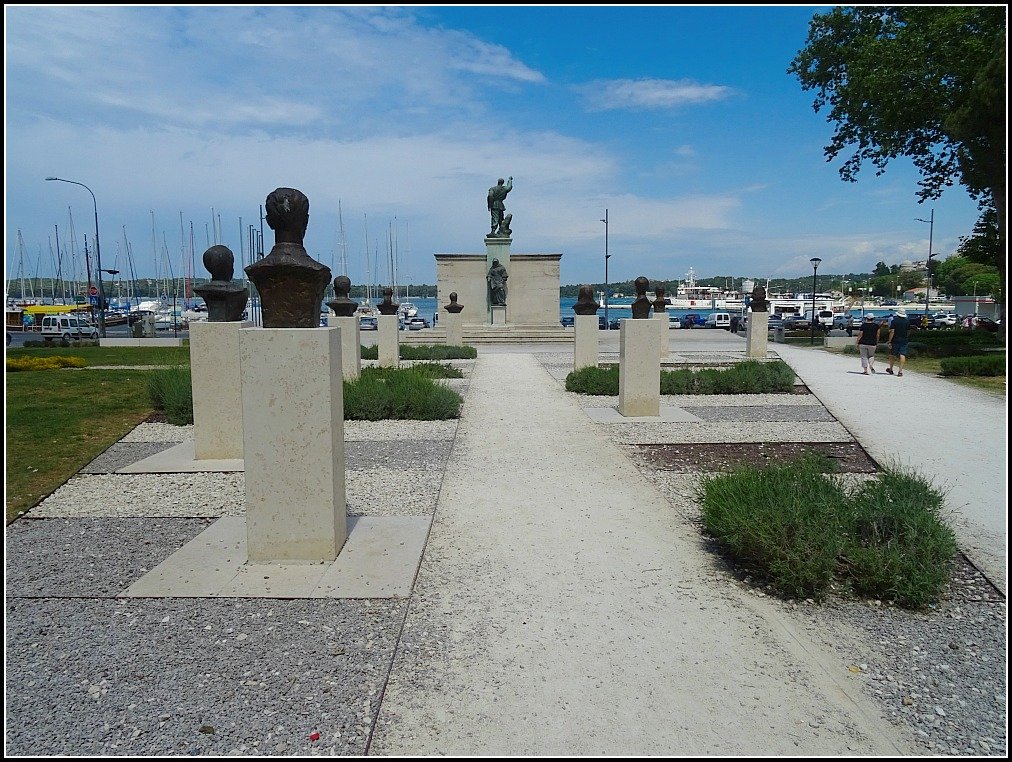 If you arrived in Pula by Bus or Train (Zagreb/Ljubljana) you might consider continuing your trip down the Croatian Coastline by boat.

In December 2016 the Croatian Government announced the re-introduction of the Pula to Zadar ferry.  You can find out more about it here.

Thanks for reading and commenting – we really appreciate it. If you have a blog we would love you to add your travel post to the link below for Nancie’s Travel Photo Thursday which we co-host with Ruth from Tanama Tales and Rachel from Rachel’s Ruminations.

Pula a small Croatian town with a big Roman Amphitheatre
Next Post: What to see and do in Vietnam Itinerary and Destination Guide