The business district of Sihanoukville Cambodia where Sihanoukville Market can be found, is on a small hill with the beach areas of Serendipity, Ochheuteal, Sokha, Independence and Victory spread below like a skirt front, while our favorite beach Otres is 5 km away on the outskirts.  Phsar Leu or Market Upper is central in the upper town, and is so named because it is in the same district as Wat Leu (Wat Upper).  But don’t expect the Wat to be close by – it is 6km away. 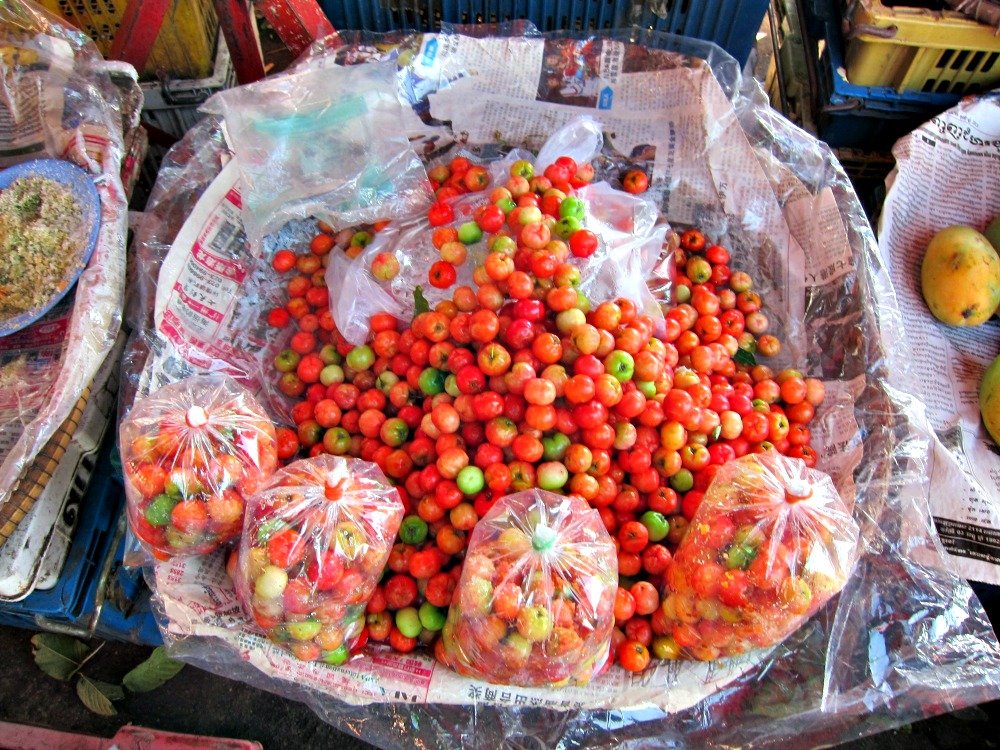 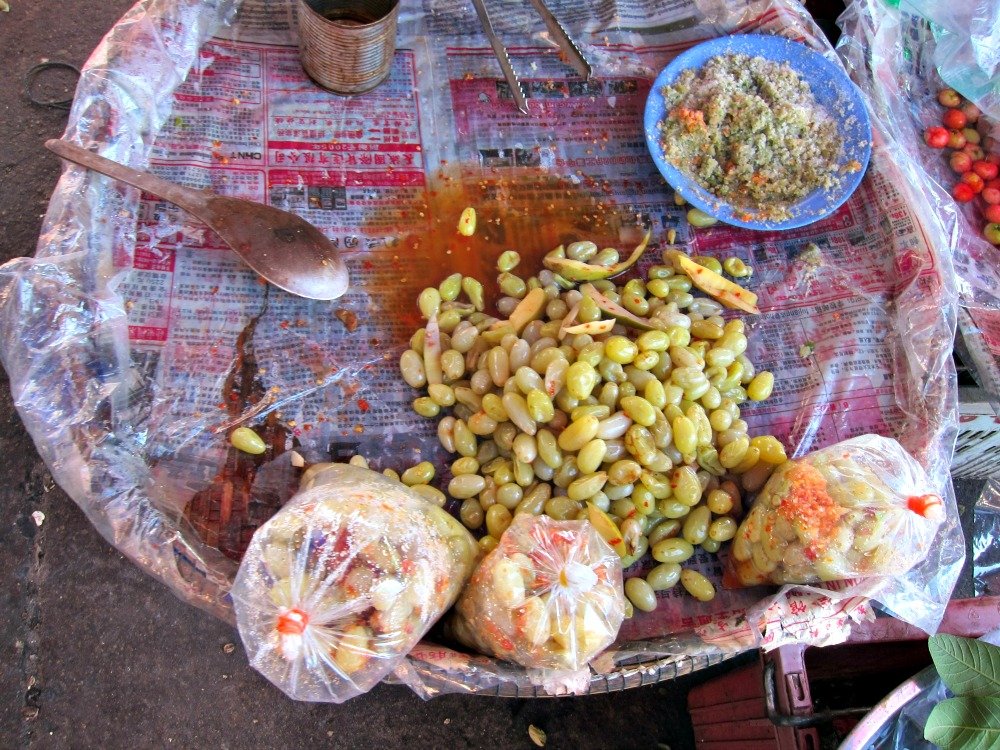 You could argue that all Asian markets are the same and that we are all too familiar with photos from their fresh food sections.  We usually visit markets to pick up our favourite fruit – Mangoes.  They must be more expensive than bananas and pineapples here in Cambodia, because they never graced our (included) breakfast fruit platters.

Phsar Leu seemed a more user friendly version than some other local markets, with the wide central walkway offering a chance of escape from the squeezy corridors.

Orchids on Poles.  We hadn’t seen this sight before.  Notice the jeans and shirt of the first girl as opposed to the traditional Pajama suit of the second. The open central walkway of the Market can be seen in this photo. 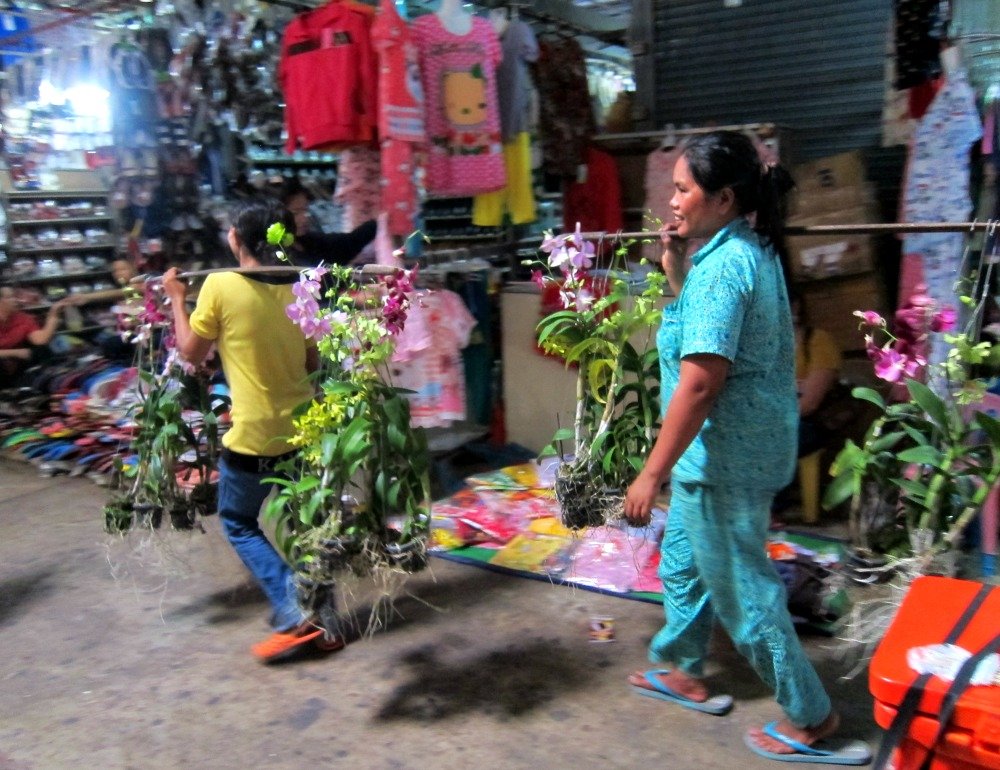 Hairdressers are common in Cambodian markets.  The areas set aside for them are usually in the centre of the market and can be unbearably hot and icky.

This one was quite spacious by comparison.

At this and most markets it is possible to get clothes made or altered, watches or shoes fixed, purchase gold jewellery or the kitchen sink and eat gastronomic delights on a scale from insects to banana fritters.

But we had come to Phsar Leu looking for a gift.  My Dad loves shirts and has possibly kept every one he has ever owned.  He sometimes arrives at a family BBQ decked out in the cuffed trousers he wore sixty or more years ago – still in mint condition.  He was a bit of a looker back in the day and enjoyed dressing well, and at 88 years of age he still appreciates a new shirt.  He only has one non-negotiable request – they must have a pocket.

What use is a shirt without a pocket?

In Barcelona in 2012 we found him a shirt with not one, but two pockets, but so far Cambodia was playing hard to get.  Up and down aisles we walked, retracing our steps with no idea where we had or had not been, until out of the blue we found one.

A shirt with olive green flowers and prerequisite pocket for only 4AUD.

Walking home we came upon a French Patisserie in the same street as the market, where Mama sat peeling and finely slicing bags of apples by hand and from where in our seat beside her we ordered the end product Apple Torte with a Cappuccino.  The Torte was every bit as good as if we were in Paris.

There is always a diversity of subjects over at Nancie’s Travel Photo Thursday at Budget Travelers Sandbox.