Before crossing the border from Croatia into Bosnia on our 10 Weeks in Europe 2015, we stopped for supplies in Metković. We’d driven our rental vehicle south from Split along the Croatian coastline to Ploče where we left the coast and headed toward Metković. It was an surprising landscape of water, land, crops and more water, which I later discovered to be the delta of the 230 km long Neretva River, which rises in Bosnia but flows through Croatia on it’s final 22km run into the Adriatic. 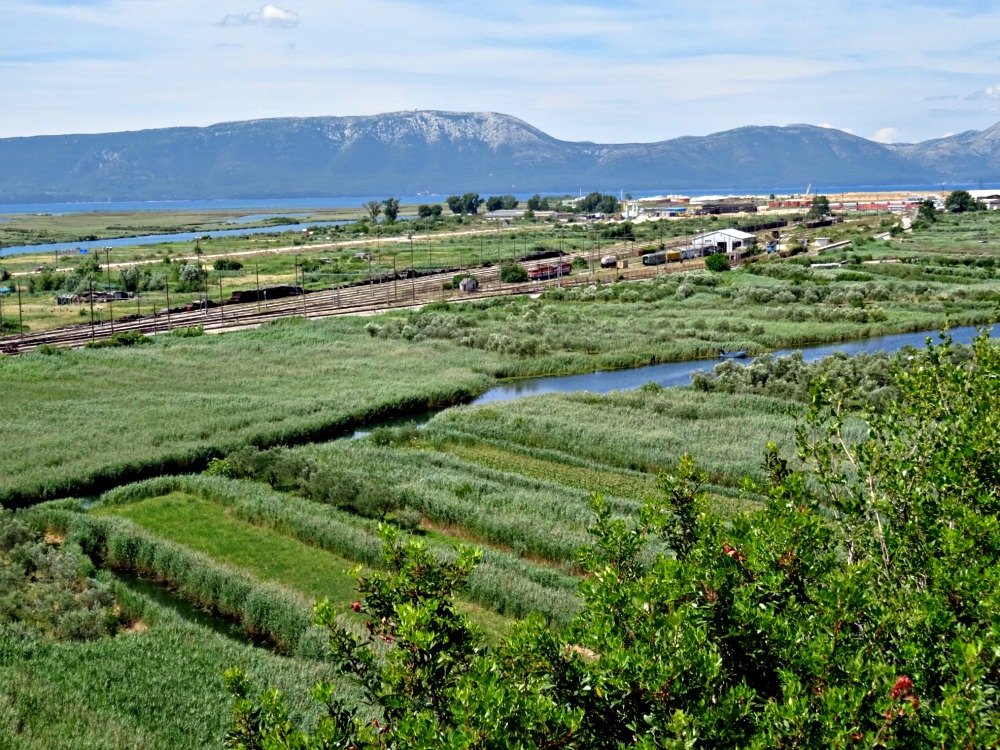 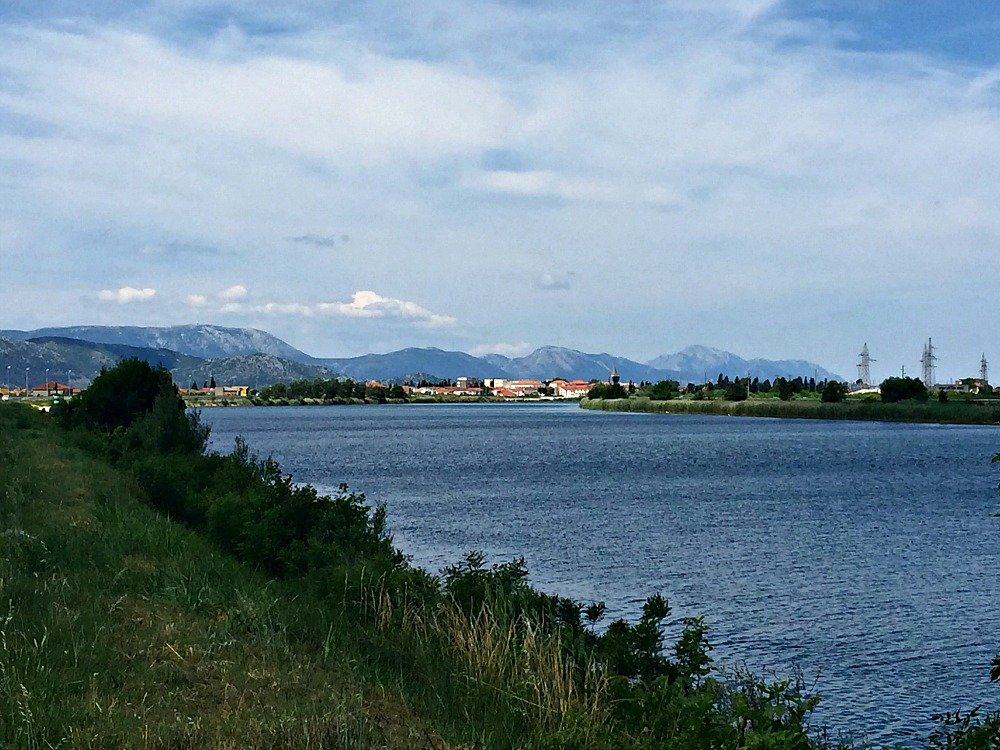 We followed the river on the E73 until it arrived in Mostar some 45 km later.

There were ten cars in front of us at the border and no hold ups. Our vehicle from Last Minute Rentals in Split, came with green card (insurance) at no extra charge for BiH and we were relieved that there were no problems. Some car rental companies try to charge extra for green card insurance for Bosnia-Herzegovina and Montenegro but it is included on the Croatian green card. Here are some links if you are interested in reading more on the matter Croatia Traveller and Chasing the Donkey.

Twenty minutes later we passed Citadel Počitelj built by King Tvrtko I of Bosnia in 1383, without stopping. 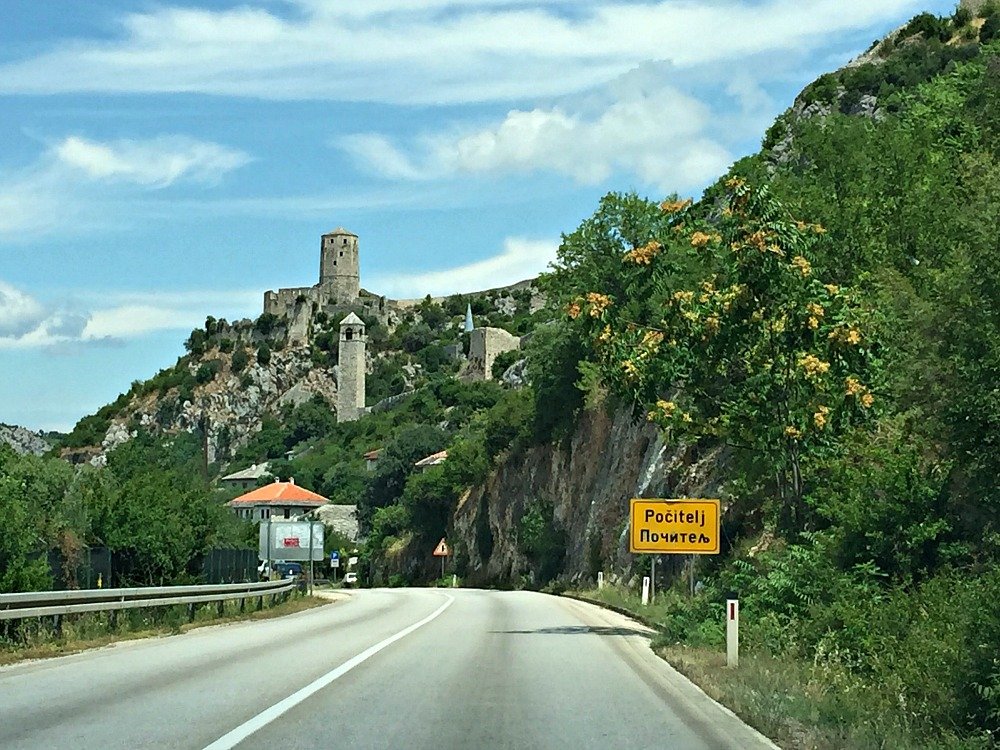 We were starving and our picnic supplies were calling – all we needed was the venue.  Then just before the Buna River joined the Neretva we saw a rusty bridge, turned left and parked for lunch. 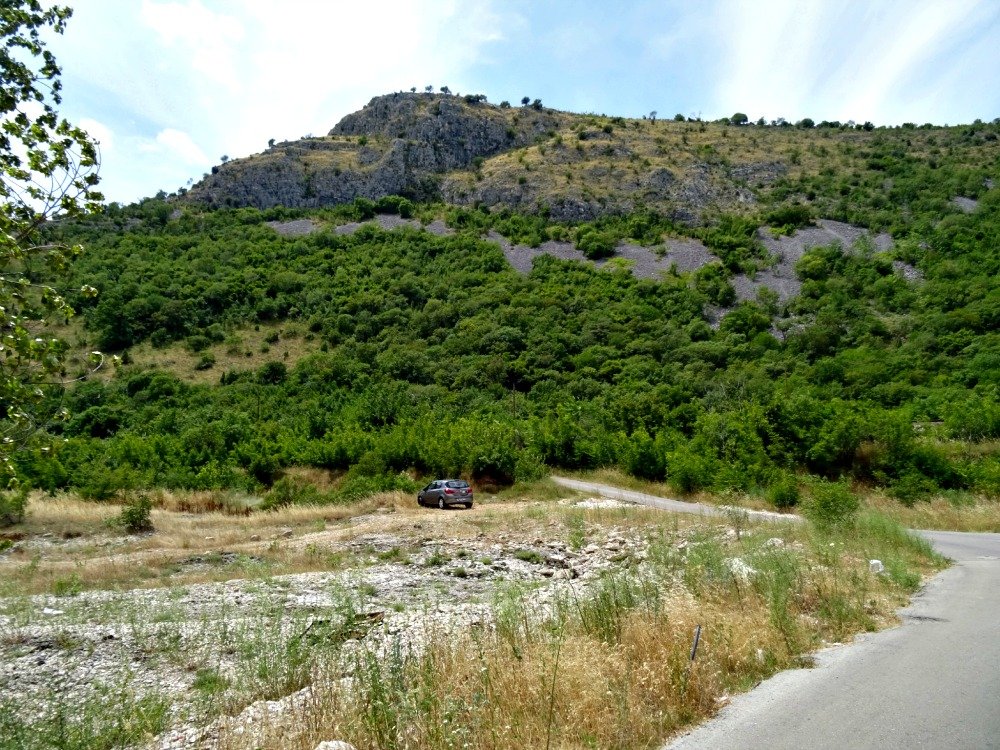 The river bed was a mix of green bushes, dry rubble and rocks but in the middle was a surprise. 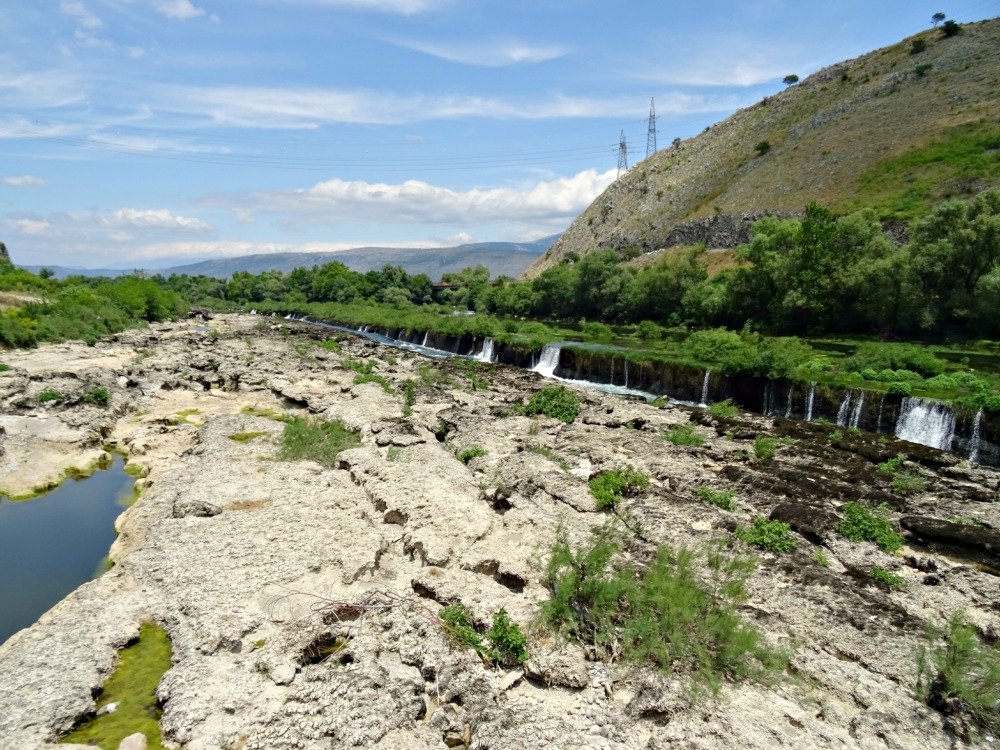 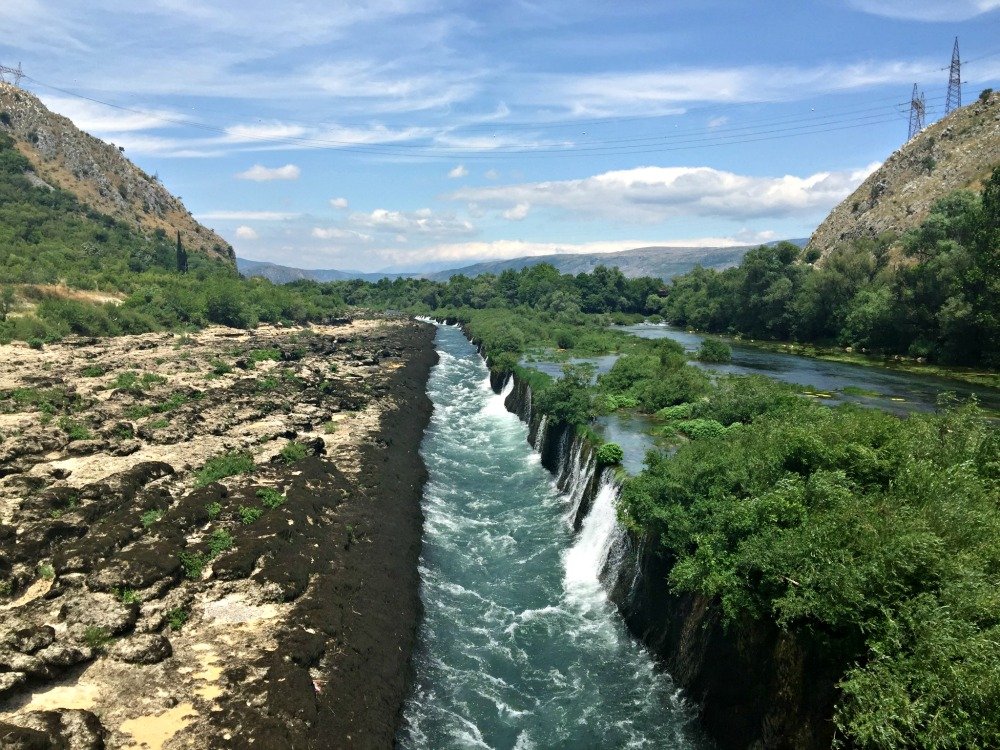 This was kaarst country, the same rock that was at Rastoke in Croatia.  Our surprise find was the base rock of the Buna was higher than the flow of the Neretva creating a long low line of waterfalls. 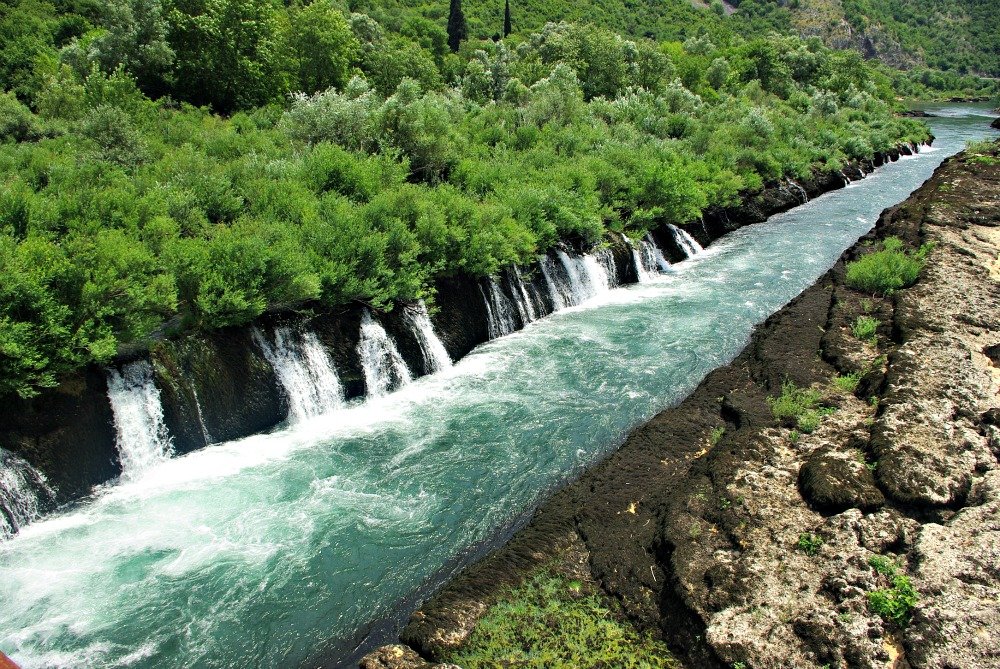 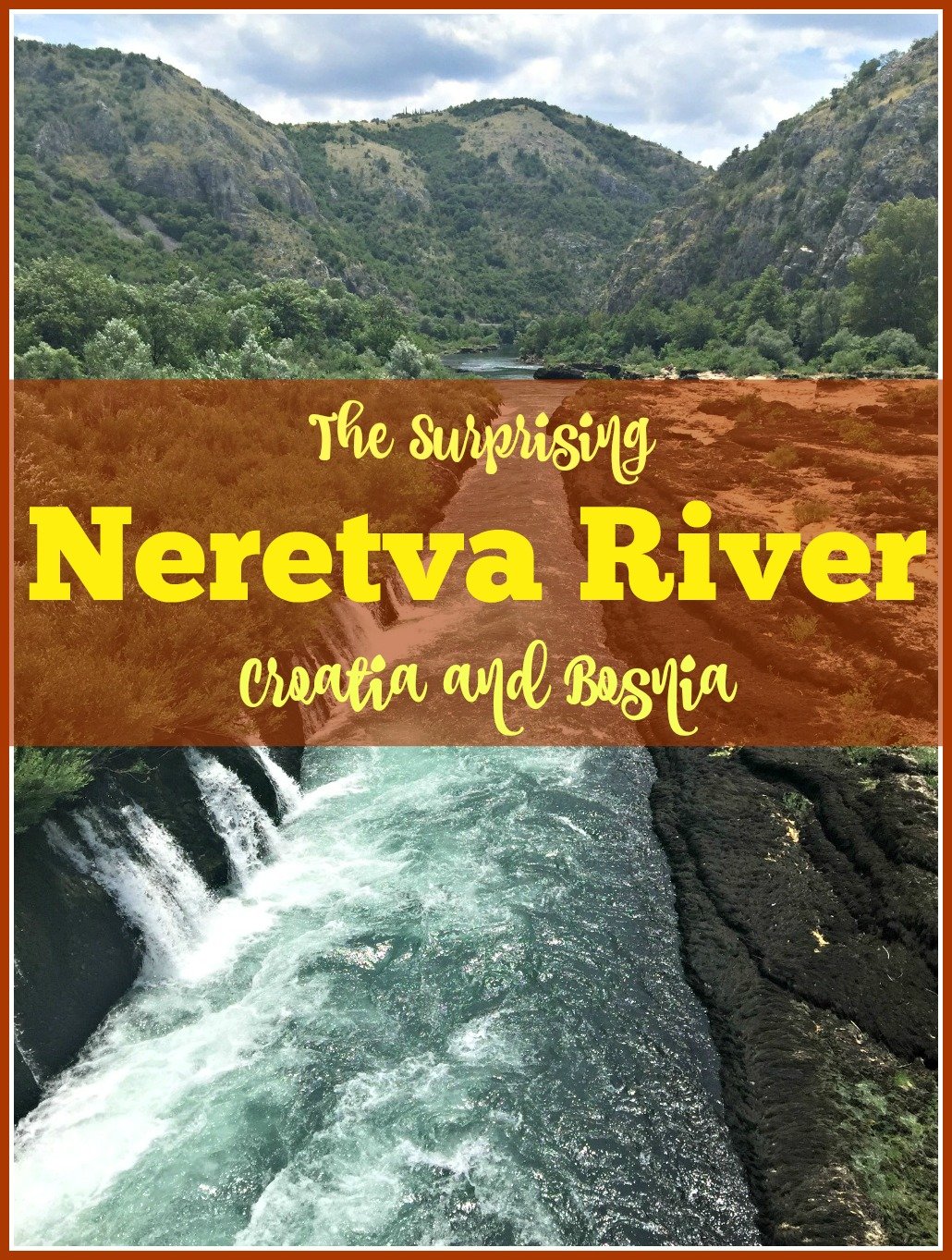 The Neretva River as it flows beneath the Stari Most in Mostar. 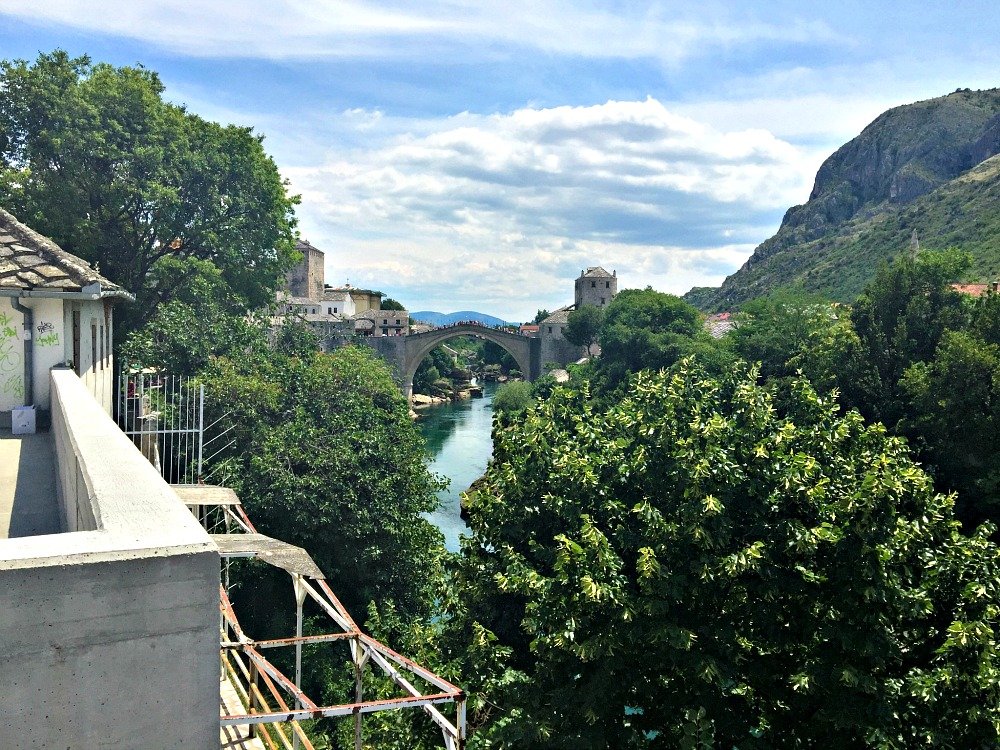 The Stari Most was commissioned by Suleiman the Magnificent in 1557 (see the Suleymanihye Mosque Istanbul) and stood for 427 years before being destroyed in the war of 1993.  The rebuilt bridge was opened in 2004 and is an extremely popular tourist attraction.

Following the Neretva River was so surprising and more time could be spent in the area.  From Mostar there are Waterfall Tours and rafting tours.

I am cohost for Nancie’s Travel Photo Thursday and you can add your post too in the link below.

Rastoke a taste of Plitvice Lakes
Next Post: Skyrail Connects Kuranda to the Coral Sea in Tropical North Queensland