Train Stations fill me with warmth, in the way that Airports fill me with dread.  Full of history, art and people watching opportunities they are a budget traveller’s dream – you don’t even require a train ticket to avail yourself of their charms.

Milan’s Station, located in the style capital of Italy is simply stunning.  Originally modeled on Union Station in Washington D.C. it is a style mix, with Art Deco being one that comes to mind.   Mussolini changed the original plans to better reflect the power of his Fascist Regime, and after a slow start due to WWI, it was eventually finished in 1931.

The Grandeur of Milan0 Centrale. 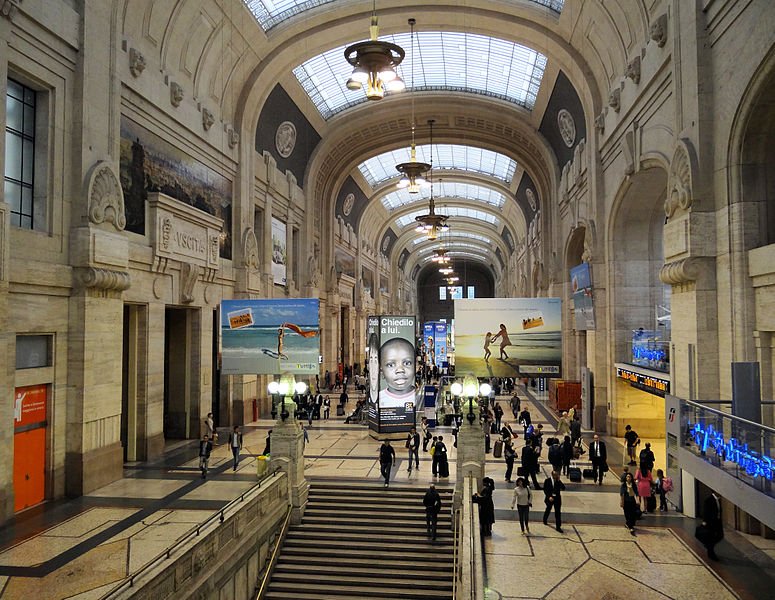 One of the changes Mussolini made was the introduction of huge steel canopies, 341 m long covering the tracks.  Even this photo taken on my inexpensive point and shoot of 2010 gives an idea of just how impressive they are. 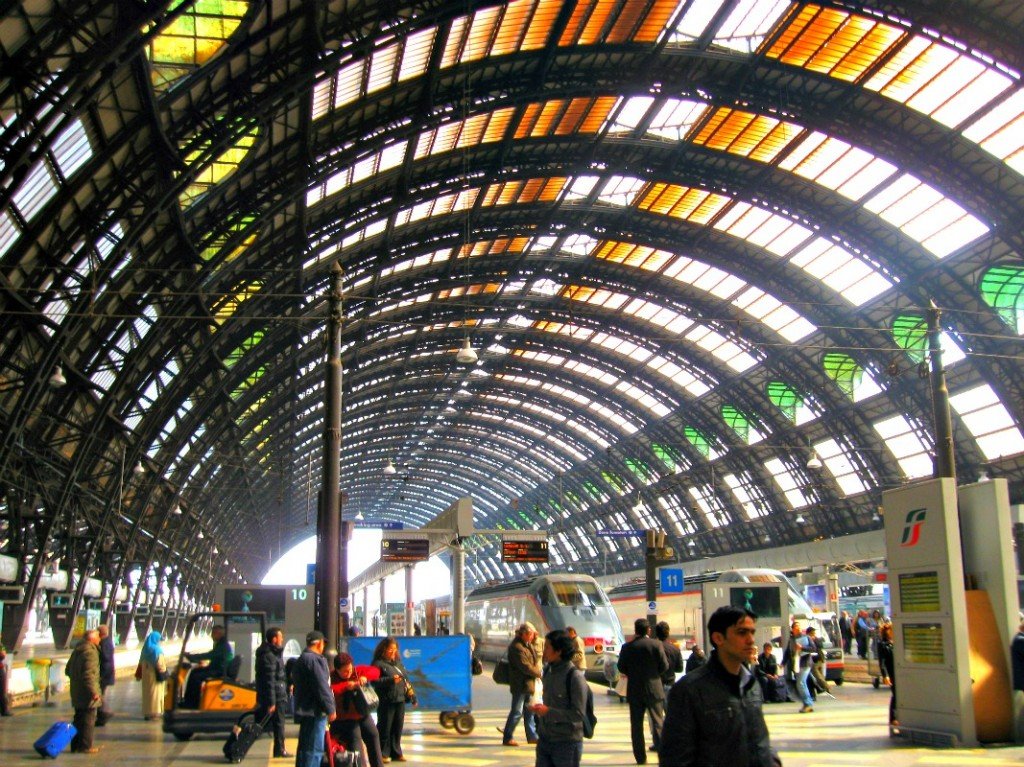 Reminiscing about the grandeur of Milan Station led my thoughts down the track to other train stations I have known.

Spain’s Toledo Station although nothing like Milan’s is attention grabbing all the same. 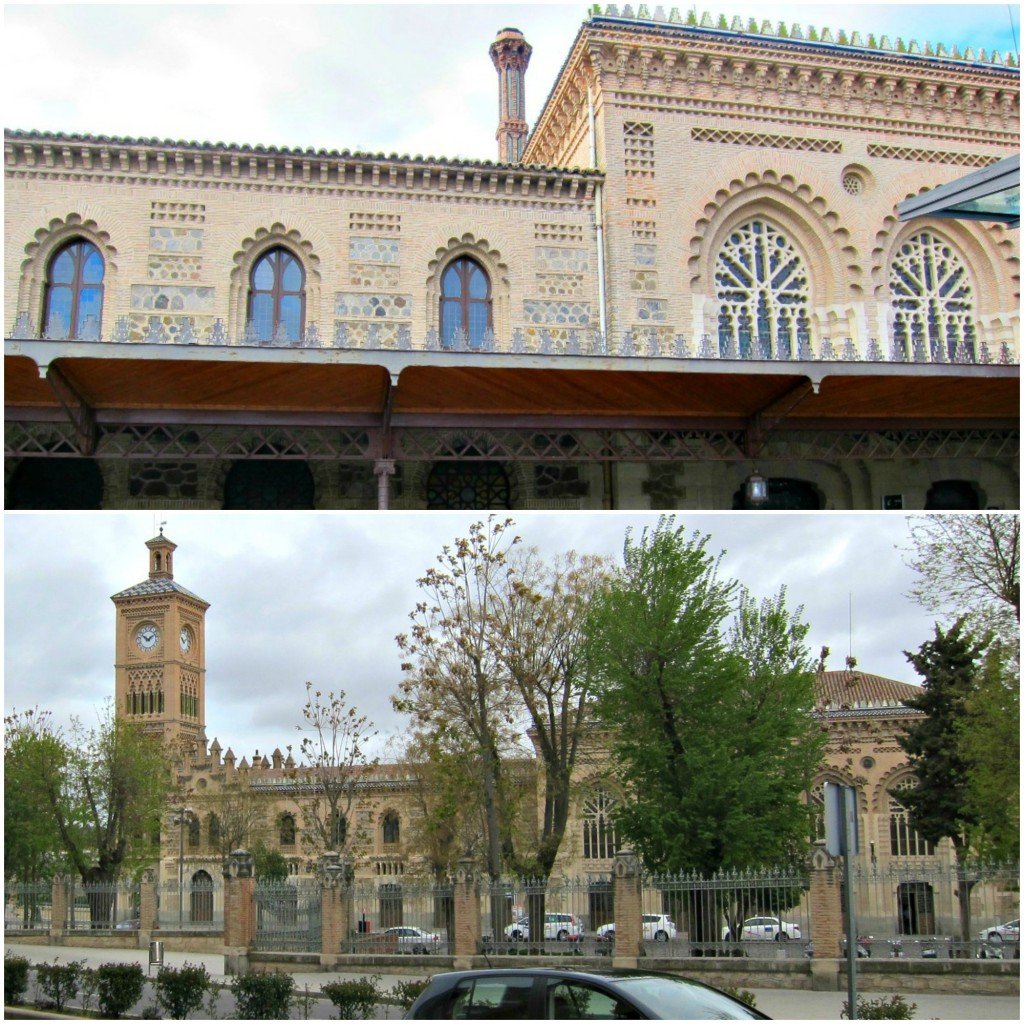 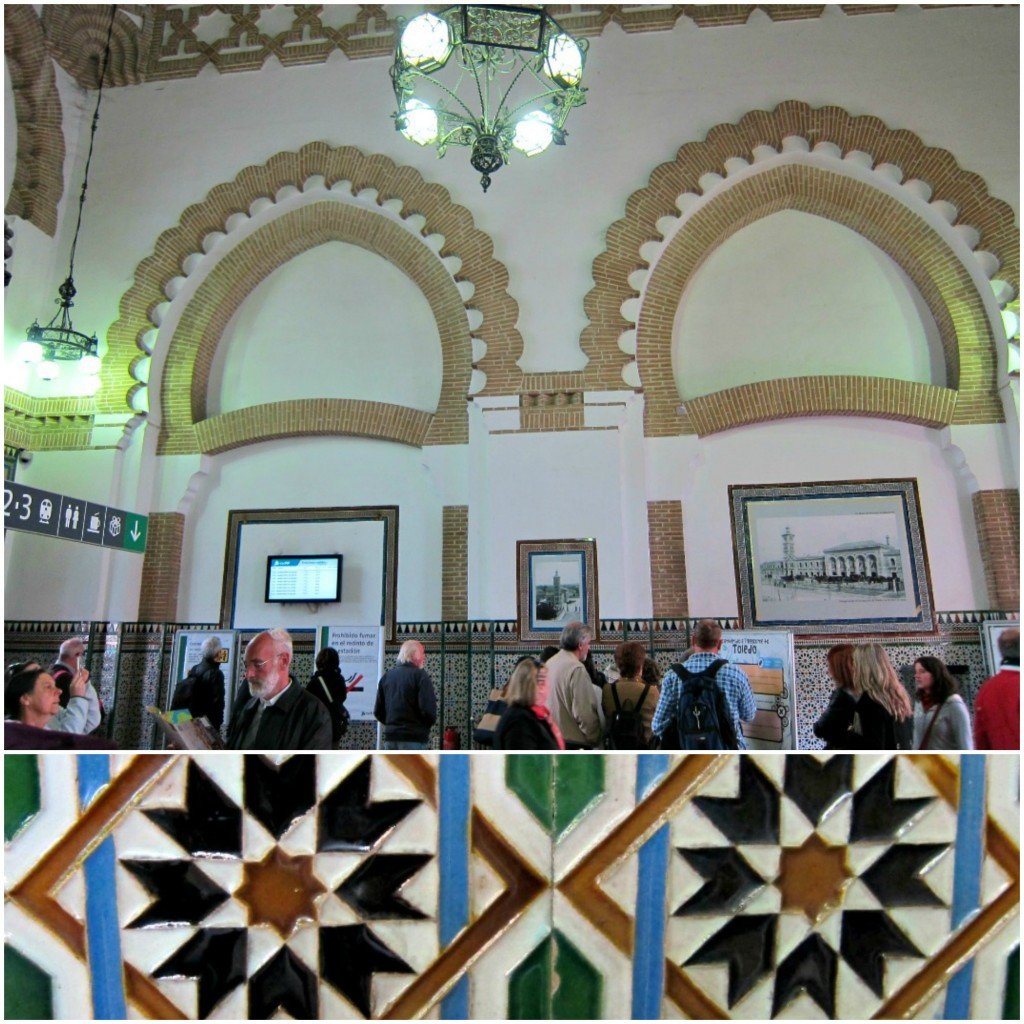 Completed in 1920 in the Mudejar* Style it was restored in the 21st Century with the introduction of the high speed train from Madrid in 2005.  We arrived via the fast train in 2012 and can recommend it as an effortless way to travel to Toledo, with the added bonus of seeing this station.  If you were day-tripping from Madrid by bus you would probably not see the train station as it is a fair walk from the old town.  There is a connecting bus from the station to the old town.

*Mudejar, the term given to the Islamic Moors that remained in Spain after defeat by the Christians in the 12th century, is a building style that incorporated brick as the main structural component and tiles, wood and plaster carving for decoration. 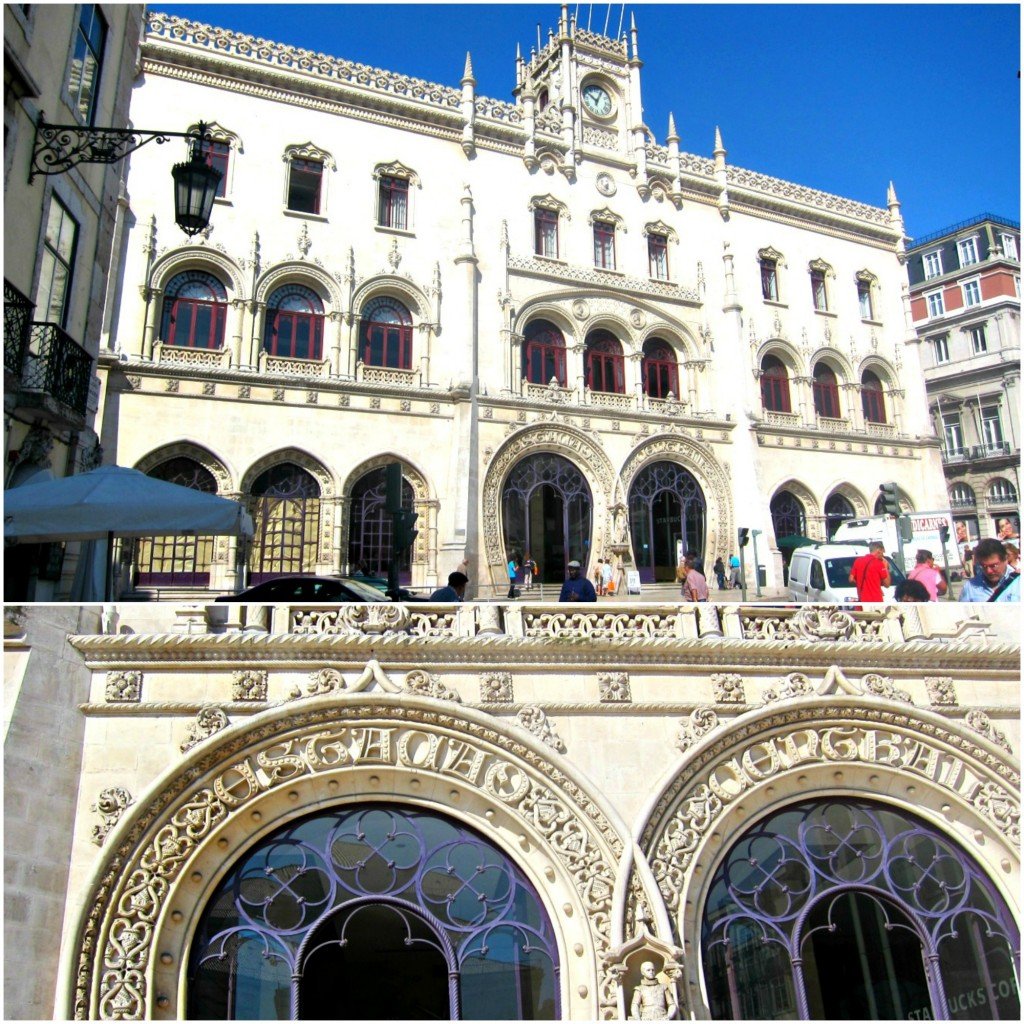 The Franco-Swiss author Blaise Cendrars called railway stations “the most beautiful churches in the world” and I totally agree.  Supposedly in Rossio Square the station is actually between that and Restauradores square.  Look for the purple doors when visiting SINTRA, because Rossio is the departure point for trains to that much loved town.

Or even better you could STAY IN THE TRAIN STATION HOSTEL! No Joke.

Oriente, otherwise known as Vasco da Gama, is a Metro Station on the Red Line.  Part of the Intermodal Station, built to service the World Exhibition of Lisbon – Expo ’98, it complies with the chosen theme of “The Oceans”, hence the tile panel we encountered in the underground railway station. 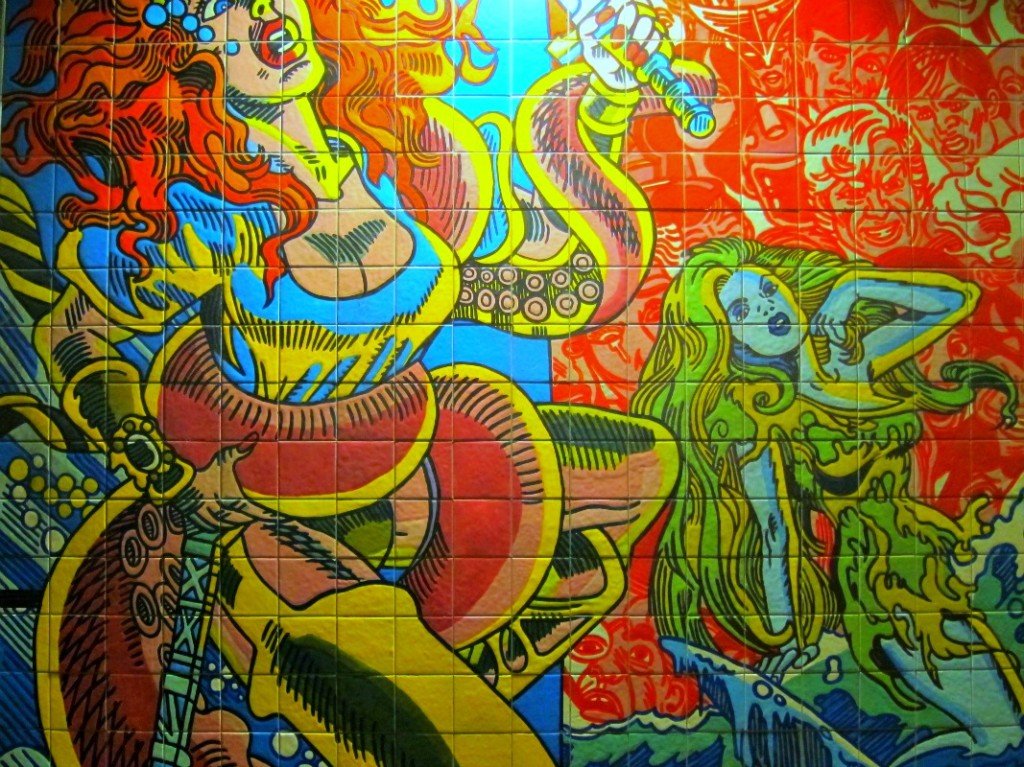 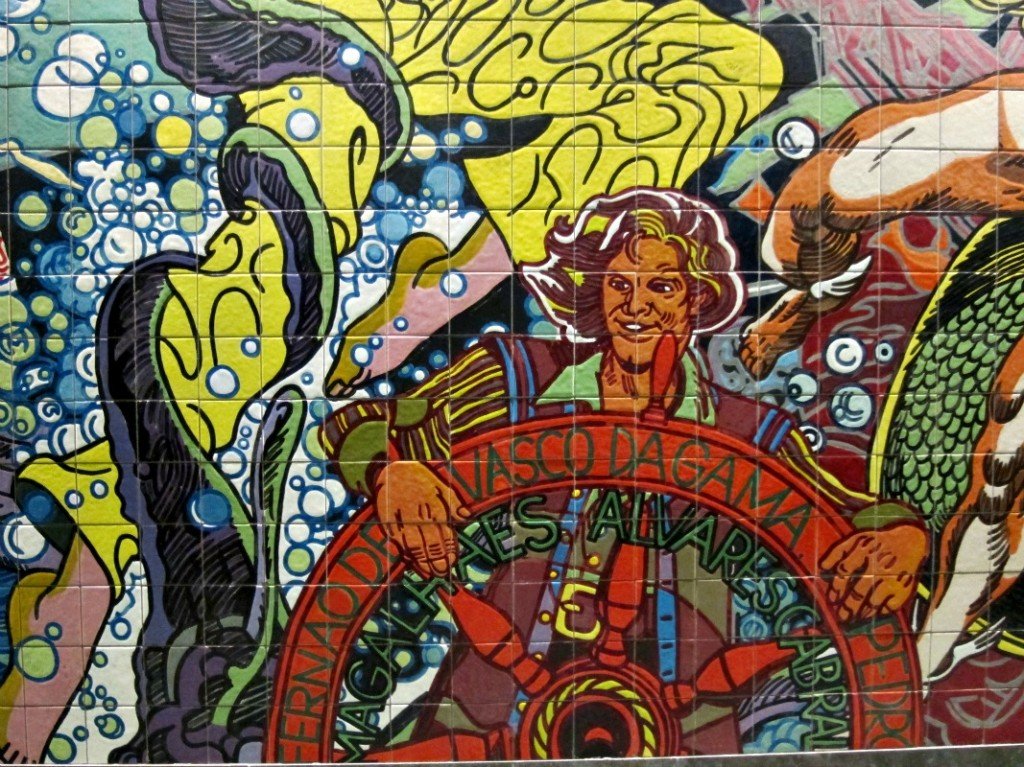 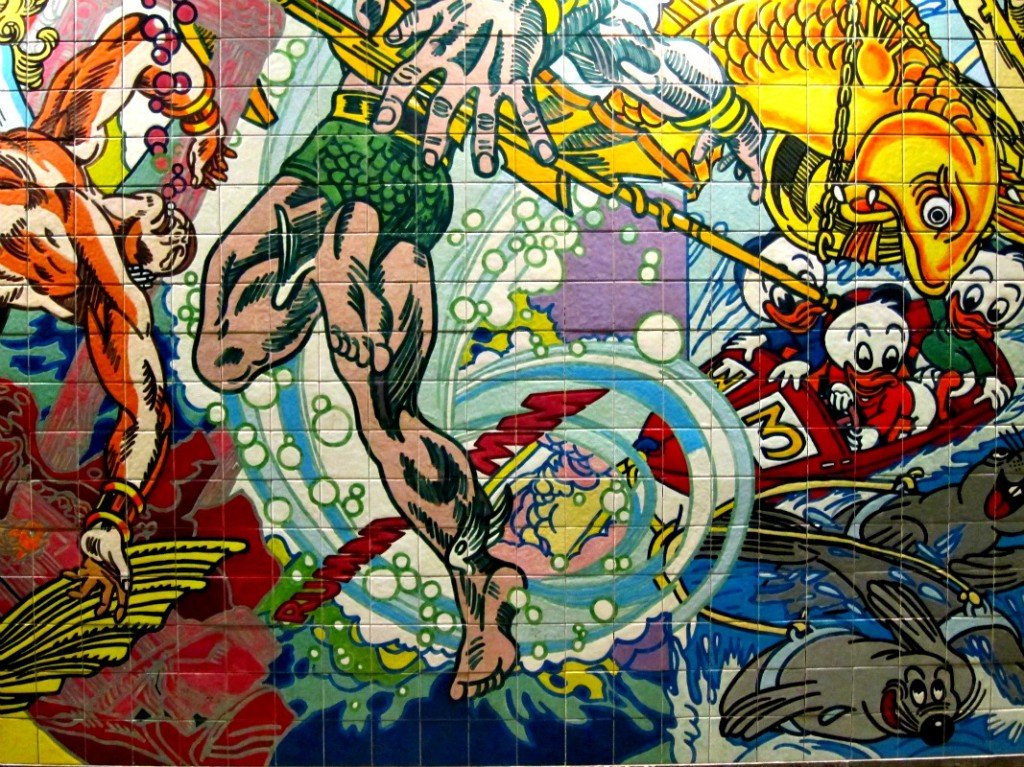 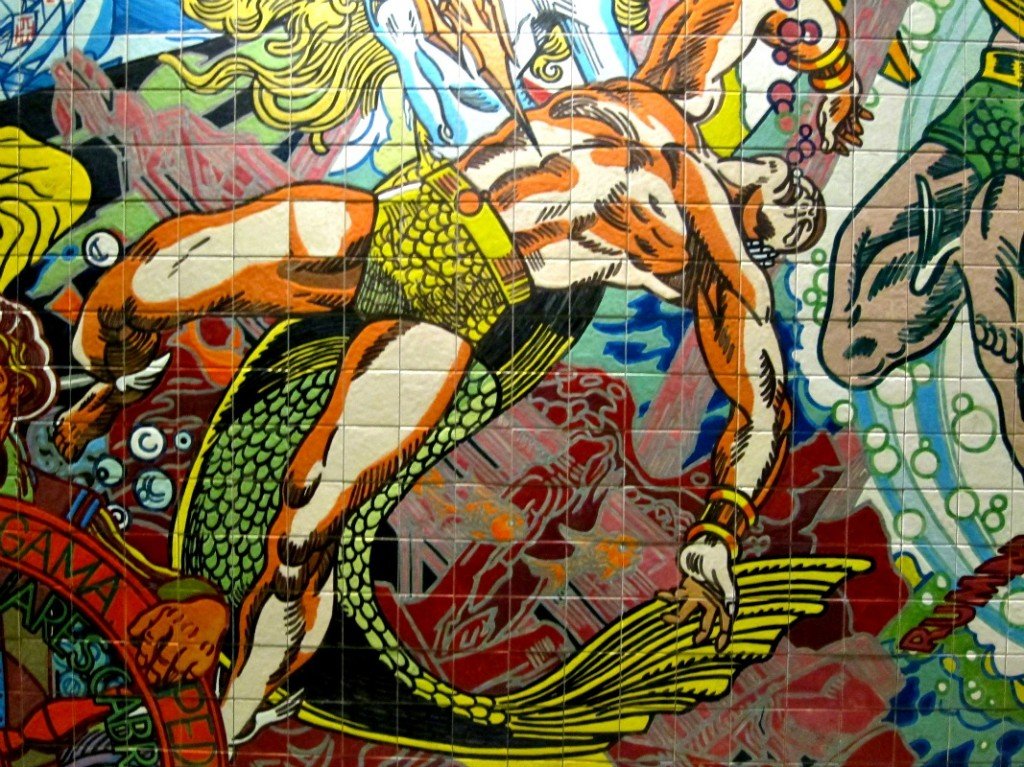 Lisbon loves tiles and this was not the only tile mural on site.  I broke the scene into four panels but at the station they are one long mural. The train and bus station, shopping centre, and the incredibly vast civic areas lead to the Rio Tagus which is spanned close to this spot, by the Vasco da Gama bridge.  I was tempted to show you photos of the magnificent shopping centre but it deserves a spotlight of it’s own.

With a patronage of 75 million per year this train station could find itself in the same league as my final choice.

If you wish to know more about this station, there is a very knowledgeable comment at the bottom which explains it in depth.

The largest stained (Tiffany) glass clock in the world adorns the facade. 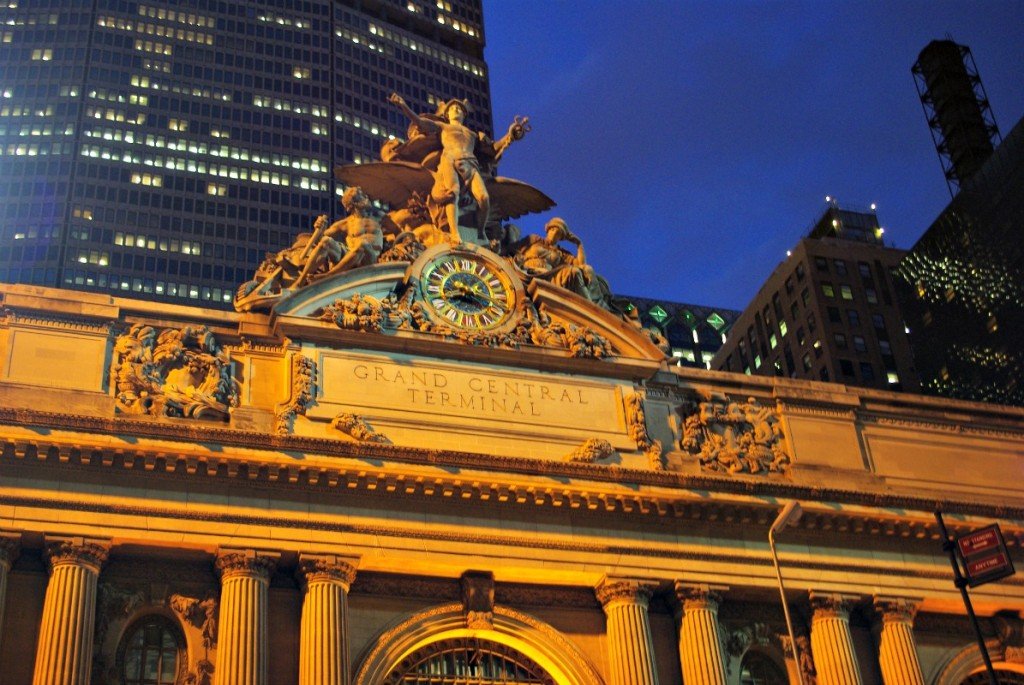 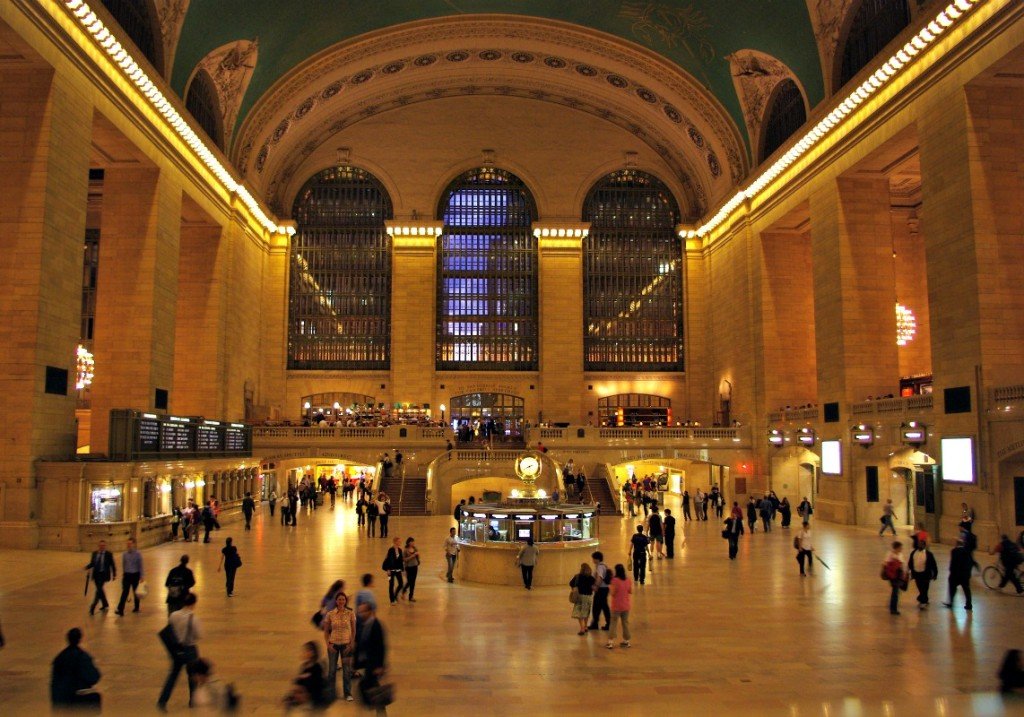 On the corner of 42nd and Park Avenue in New York City, NY, and universally known as Grand Central Station, it’s proper name is Grand Central Terminal.  But whatever the name, this station is a  destination in itself.

If you were one of the 21,600,000 people who visit the station each year, you could sample the 30 varieties of Oyster available daily at Grand Central’s Oyster Bar – the seafood restaurant that opened along with the station in 1913.  Arrive a little early though because 10,000 people come to Grand Central Station each day, just to have lunch.  You could shop in one or all of the 40 retail stores, or even visit the on-site annexe of the New York Transit Museum.

Just remember to act respectfully though, because this grand old lady turned 100 years old this year.

Tuesday in Townsville When it rains at the beach
Next Post: Fantastic Friday – Dunking in Granada is Messy