Whether you climb the hill or drive to the summit, Castle Hill is one of the fun things to do in Townsville.

How High is Castle Hill Townsville?

Suggestions as to the origins of it’s name vary, but two suggestions are that it resembled a castle when viewed from the ocean, or a hill near Dublin, Ireland.

The stick figure that adorns the granite rock face, was first painted as a prank in 1961 by university students.  Weathering time and differing public opinions, The Saint, whose name hails from the 1960’s detective series,  has won out and now gets officially touched up when it’s white paint starts to fade.

Driving on the winding Castle Hill Road, 5 pm Sunday evening, to take some photos from the summit,  the lower reaches of the hill were in shadow.

The five o’clock shadow signals the unofficial start for joggers, walkers and cyclists to begin their ascent of the hill.

Did you know over 3000 people climb  it every week?

Add to this the 500 or so vehicles using the 2.9 km stretch of road each day and the plot thickens.

Council has put forward a request for funding from State Government to install twenty solar powered street lights on the roadway, to improve safety, as most pedestrians and cyclists use it in the low heat (and low visibility) of morning and evening.

Our ascent by vehicle was a little nerve wracking, with the setting sun impeding our view and people and dogs using both sides of the road and sometimes the middle.  My door handle got a workout and it was a relief not to meet another car on a corner. I guess I’m saying “Be Careful on your Castle Hill Drive”.

There are also rough or Goat Tracks on the hill with some people ascending by the tracks and descending by road.  So entrenched in Townsville life is this activity, that the Townsville Bulletin newspaper, suggested that a code of conduct, or as they called it Goat-track etiquette, was required.

The mosquitoes were just coming out as we left three quarters of an hour after our arrival.

I leave you with these summit photographs.

With several summit lookouts full of Tourists and joggers running the viewing tracks, a mass of balloons and children completed the scene.

This particular lookout is on car park level and looks right toward Magnetic Island and the Townsville suburb of Pallarenda on the left. 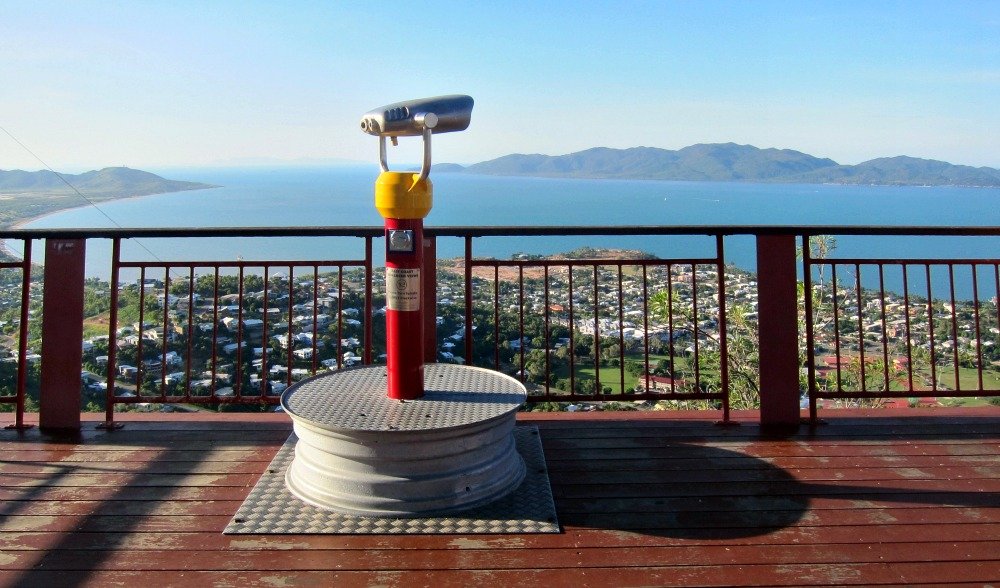 Taken from the loop track stairs, the below photo shows steps ascending to the Castle Hill Summit Lookout with views over Magnetic Island and Cleveland Bay. 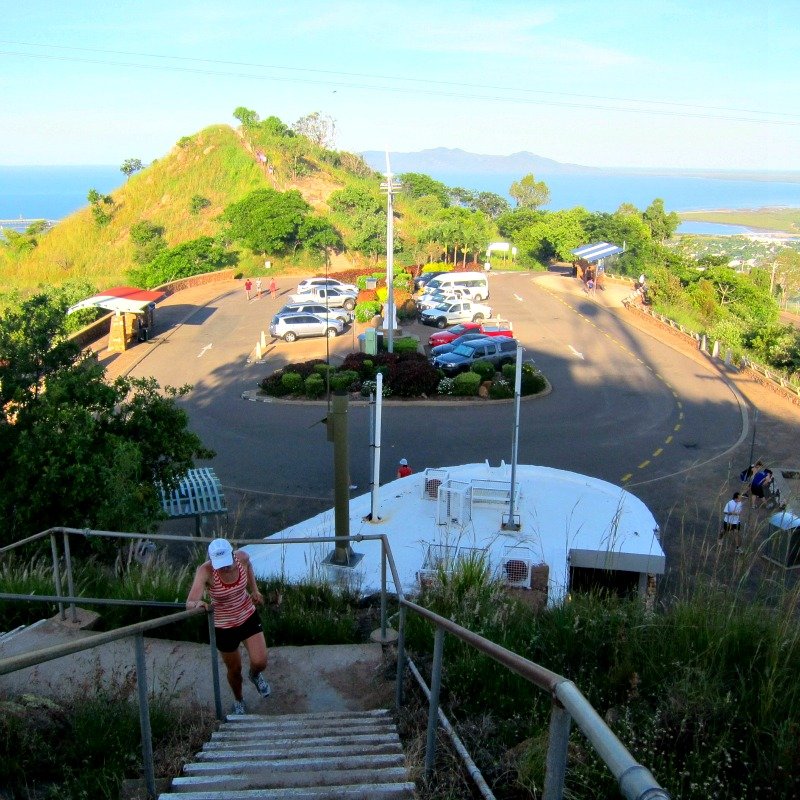 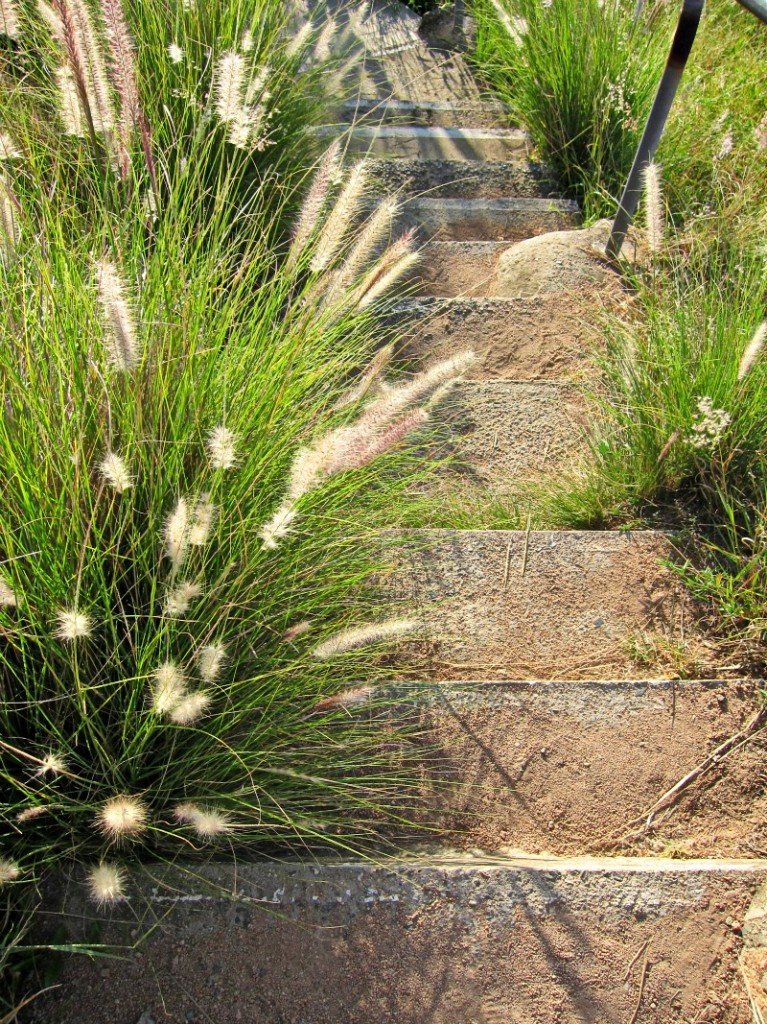 The Summit Lookout comprises one large summit lookout and a smaller one to the right.

The smaller one has a view (below) over the port and across to Cape Cleveland. 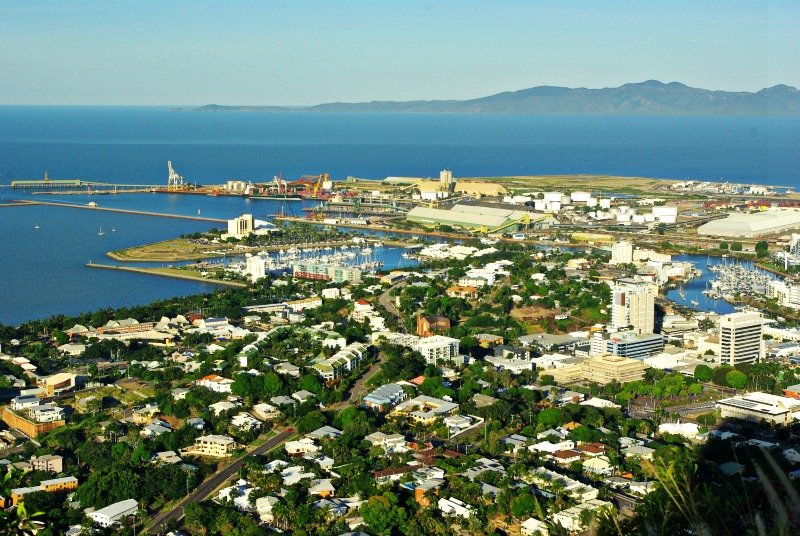 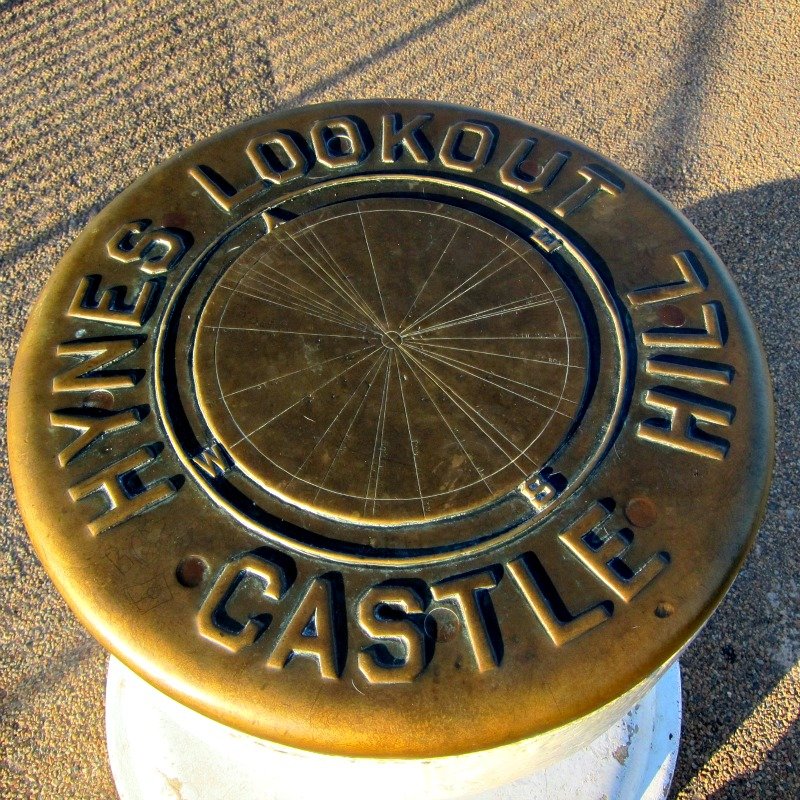 The track to this lookout veers from the car park to a WWII bunker. The view is just as good from within the bunker. 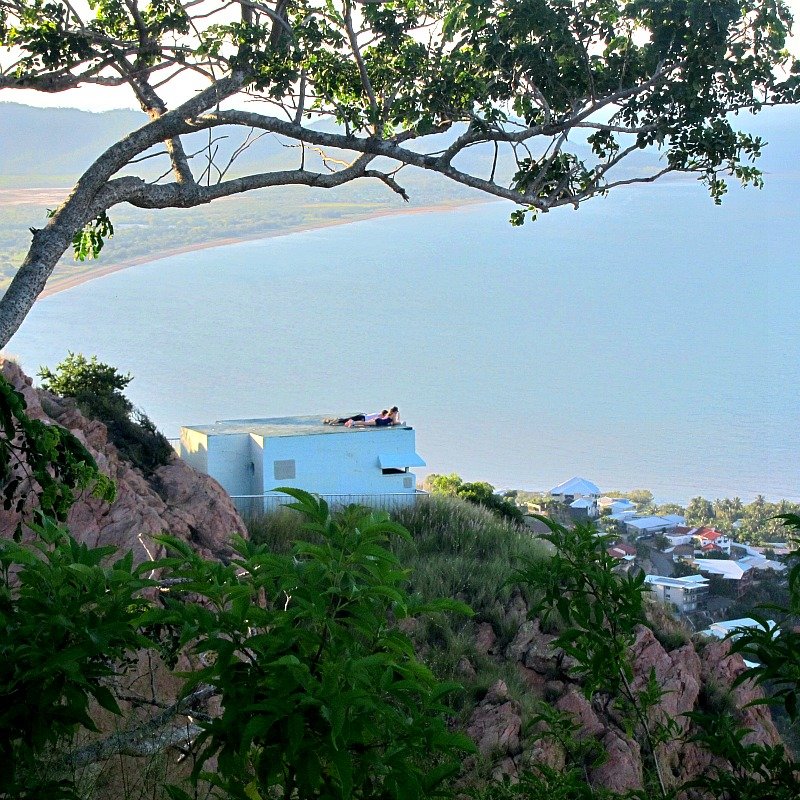 Robert Towns, the founder of Townsville was buried in Balmain Cemetery Sydney in 1873. When in 1940 the Cemetery was removed, relatives could re-inter bodies and remove headstones.

Council accepted an offer of Robert’s Memorial statue. It was transported to Townsville at a cost of 23 pounds 10 shillings. And that’s how it is now erected on Castle Hill Townsville. 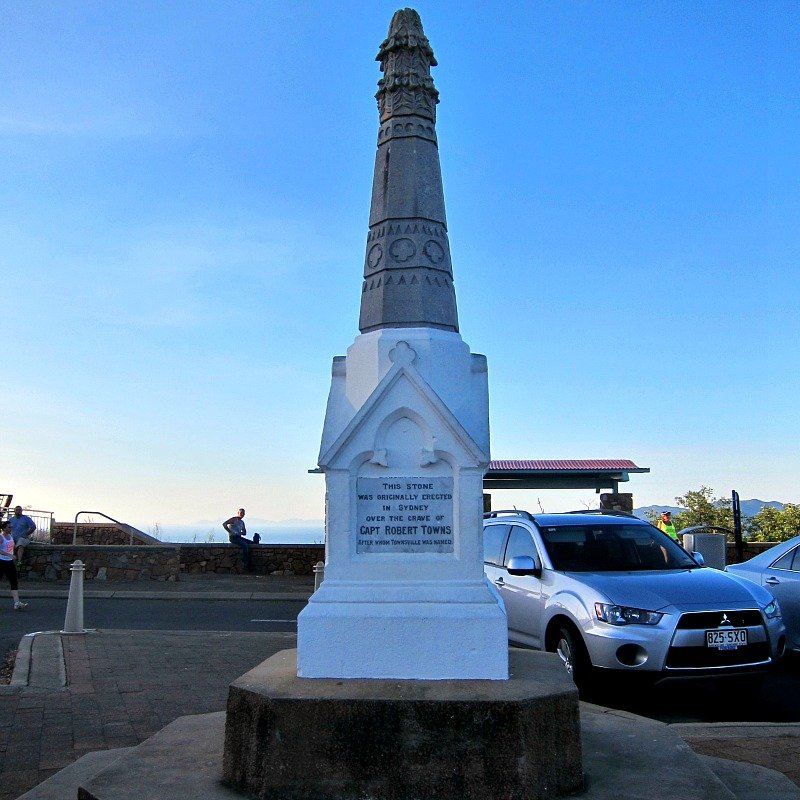 The sun sets to the west of the hill and this sunset photo was taken on the track back from the Pill Box Lookout. 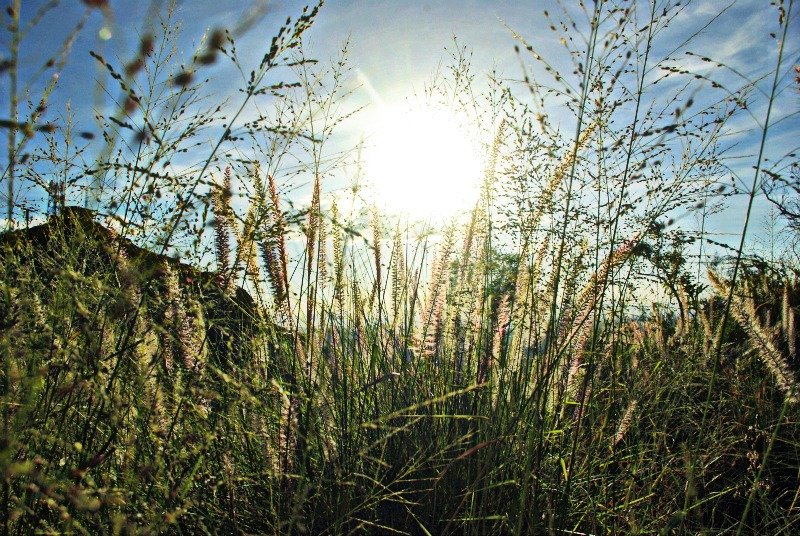 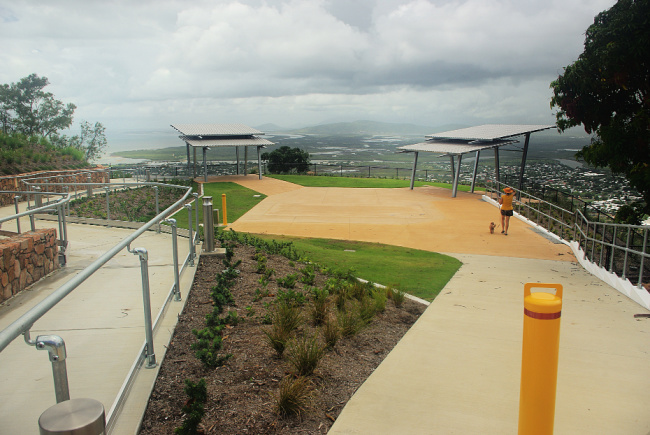 In 2021 two multi-purpose shelters were opened on the site of the old unused Panorama House Restaurant. They are located in a grassed park with pathways and wonderful views of Mount Stuart, the western suburbs of Townsville and Cape Cleveland. It will also be a fabulous place to view the Supercars Street Circuit race from.

There is a water cooler near the Amenities block at the summit car park.

Use insect repellent in early morning or late afternoon.

Allow 45 minutes at the summit.

Ask a local to point out places of interest in the view below.