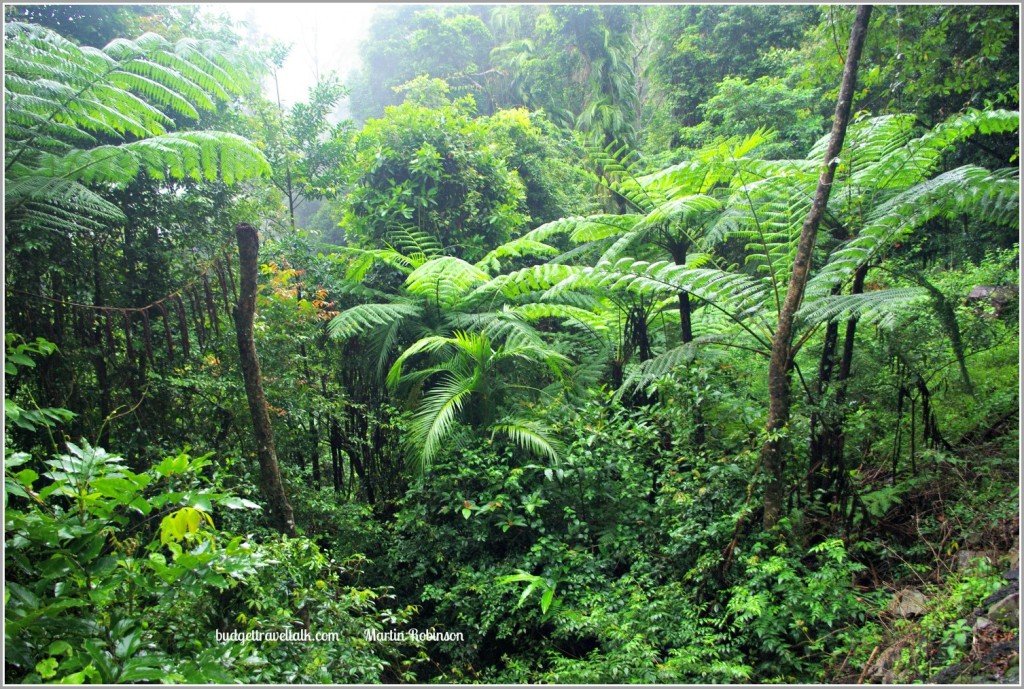 What better way to celebrate Australia Day than with our favourite kind of journey – a Queensland road trip?

When January 26th arrived all hot and steamy, our minds turned to Paluma Range, 71km north of Townsville.

Our decision was made.

I was salivating over thoughts of an Aussie Day BBQ lunch at Paluma Dam, but with clouds developing in Townsville, we decided to lunch instead at the Rainforest Inn at the top of the range.

When the Rainforest Inn Paluma opened seven years ago it marked the closing of the much loved Paluma Cafe called Ivy Cottage (1960-2006).

Ivy Cottage Devonshire Teas were a thing of legend, but the birds that flittered from forest to table were an equal draw-card. (Ivy Cottage Paluma has since reopened).

We were headed straight to the top of the Paluma range and shortly after passing the Little Crystal Creek stone bridge, the mist descended.

With the car headlights on we crept into Paluma Township while the rain bucketed down. The Wet Tropics World Heritage area begins north of the Mt. Spec section of the Paluma Range National Park.

Townsville is notorious for having it’s very own dry micro-climate.  You must live in this micro-climate to appreciate the pleasure that rain can bring – even if it does rule out the BBQ.

Imagine our shock/horror to find the Rainforest Inn was between owners with a closed sign on the door.

With grumbling tummies we wasted no time heading back down the mountain, stopping this time at Little Crystal Creek for a look see.

Little Crystal Creek bridge was completed by hand in 1933 during the Depression Years and is actually concrete dressed with stone.

Rain brings out the colours of the stones providing an atmospheric backdrop for the swimming holes. 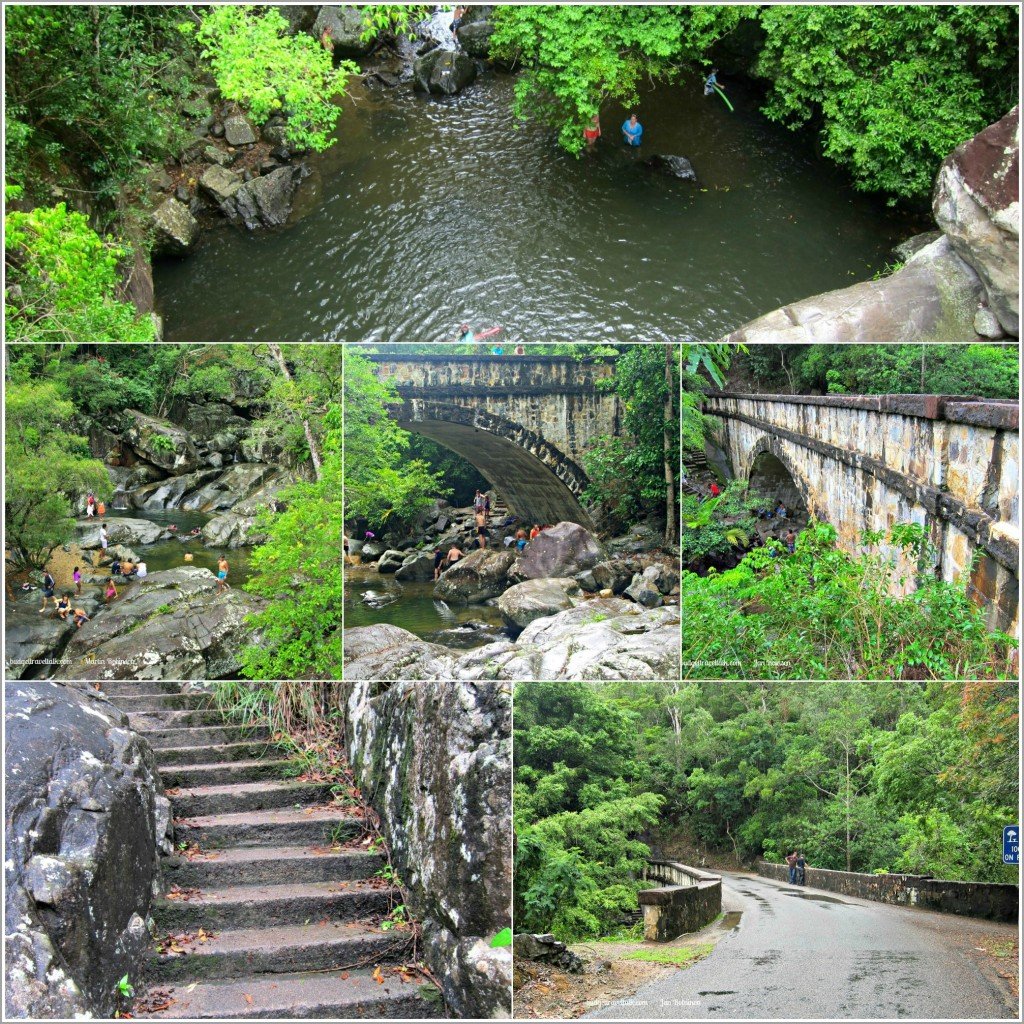 With the creek crossing behind us, the weather cleared and views across the cane fields to the Coral Sea appeared.

It was like another world up there on the Paluma Range – a cool, wet, misty world.

You can reach the Paluma Ranges from both Ingham and Townsville.

The range is a National Park which means no dogs allowed.

Entrance to the park is free.

Paluma Dam is accessed by a 11km formed gravel road further on from Paluma Township and has day visitor and camping facilities.  Check road conditions first.

Read about another mountain in Queensland called the Bunya Mountains.