We wrestled with how best to experience the Croatian capital of Zagreb.  The Airbnb apartment was booked, but besides Mirogoj Cemetery, the Cafes, wide avenues and grand buildings, our wish list was sketchy. After reading Andrea’s Croatia Honestly blog, everything just fell into place. We would do a self guided walking tour. Zagreb came to life for us! 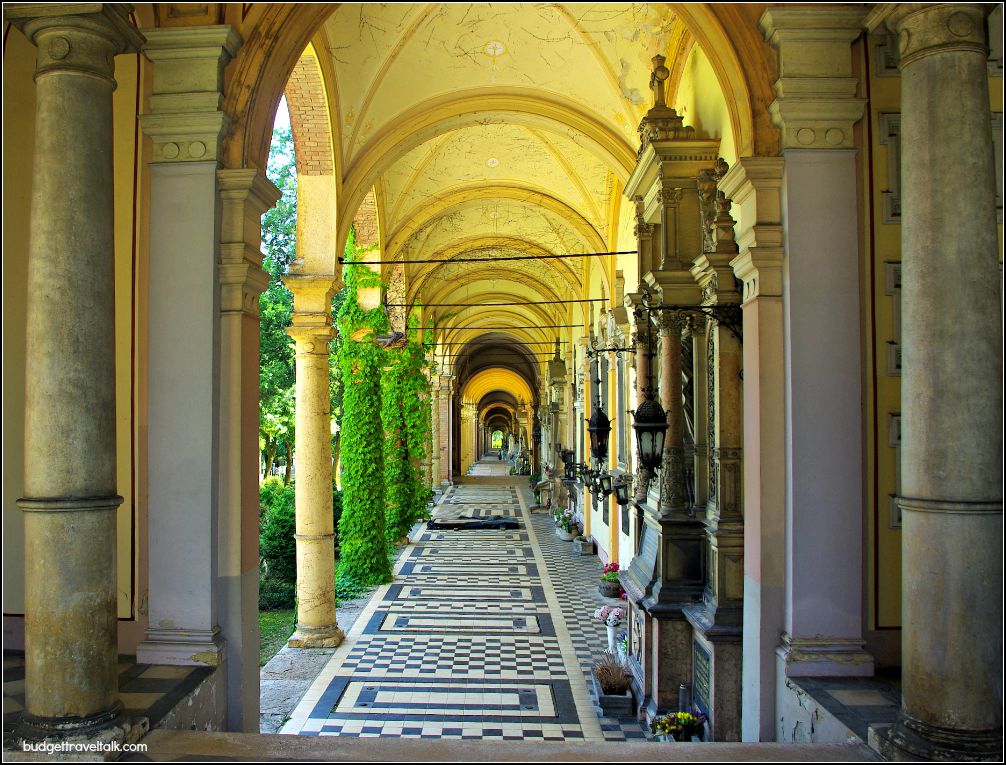 The Art Pavilion – One of Zagreb’s Grand Buildings. 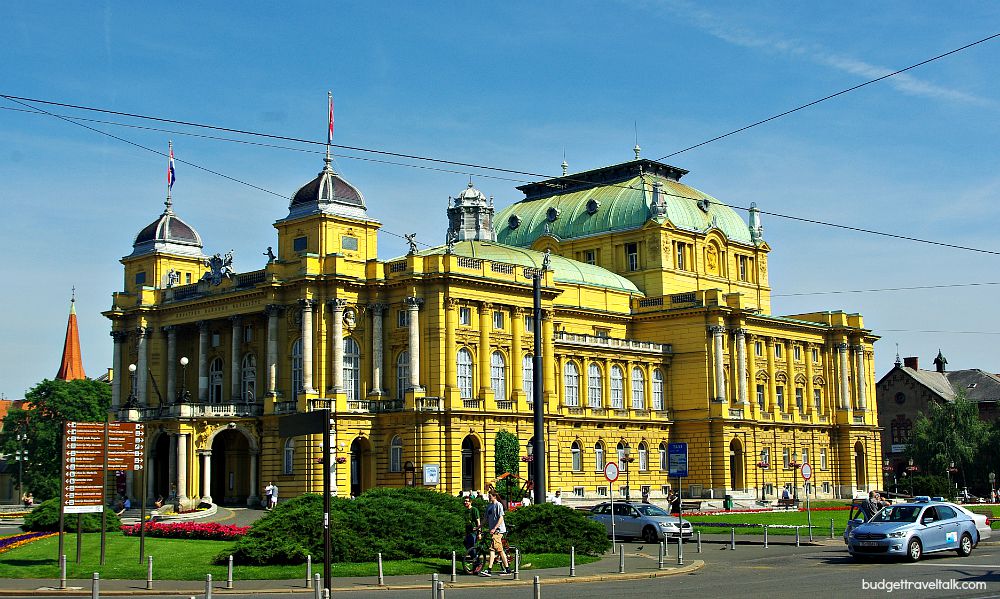 Andrea shares walks with a difference and we chose her Leafy Zagreb and Along the Sava walks, but another one – Romantic Zagreb – which takes in the best kissing points in town could be fun too.

Suddenly I became very relaxed about planning and more excited about walking.

It seemed that Suzana the host of our Airbnb Apartment agreed with our walking philosophy. She spoke to us about neighbourhood living, more specifically the tradition of shopping for fresh food daily at market, using the modern innovation of the Fresh Milk Vending Machine and walking instead of using the tram in order to investigate the small local shops.

Having arrived in Zagreb very early in the day, we left our luggage at the apartment to go exploring, arriving back to a gorgeous vase of welcoming flowers.  We jelled instantly with Suzana and it was comforting to know she was only a phone call away.

This walk starts in the city centre along Tuškanak Forest Road and Dubravnik Put (Way) eventually meeting up with Jurjevska Street. Finding the imposing statue of Miroslav Krleža, the famous/infamous Croatian poet, novelist, and play-write, confirmed we were on route. I found Miroslav’s pose reminiscent of Winston Churchill, Britian’s wartime prime minister.  Krleža’s Biography is a worthwhile read. 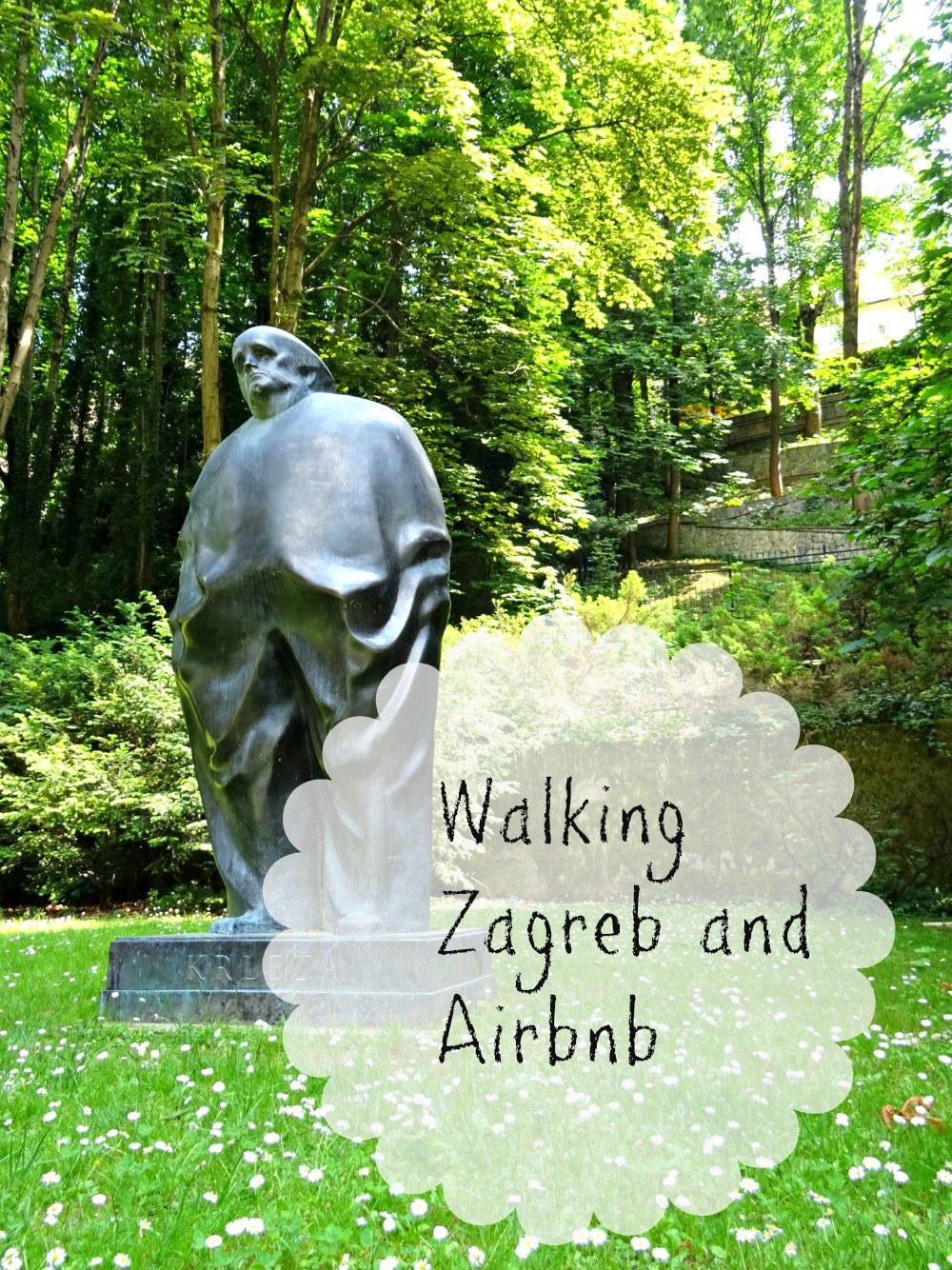 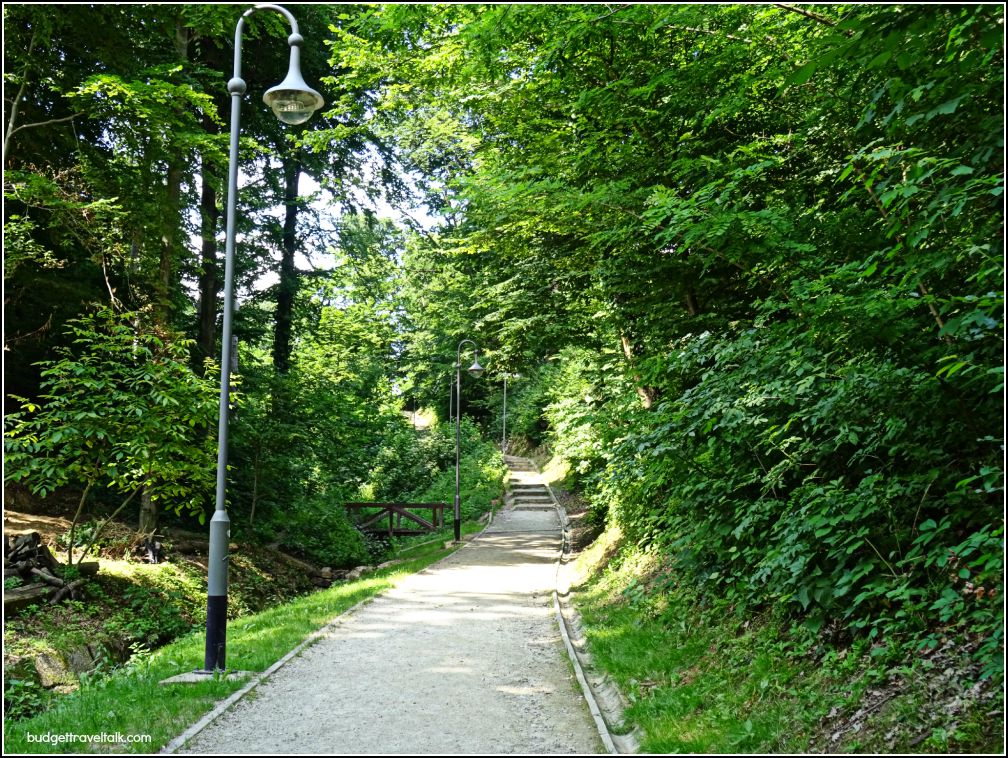 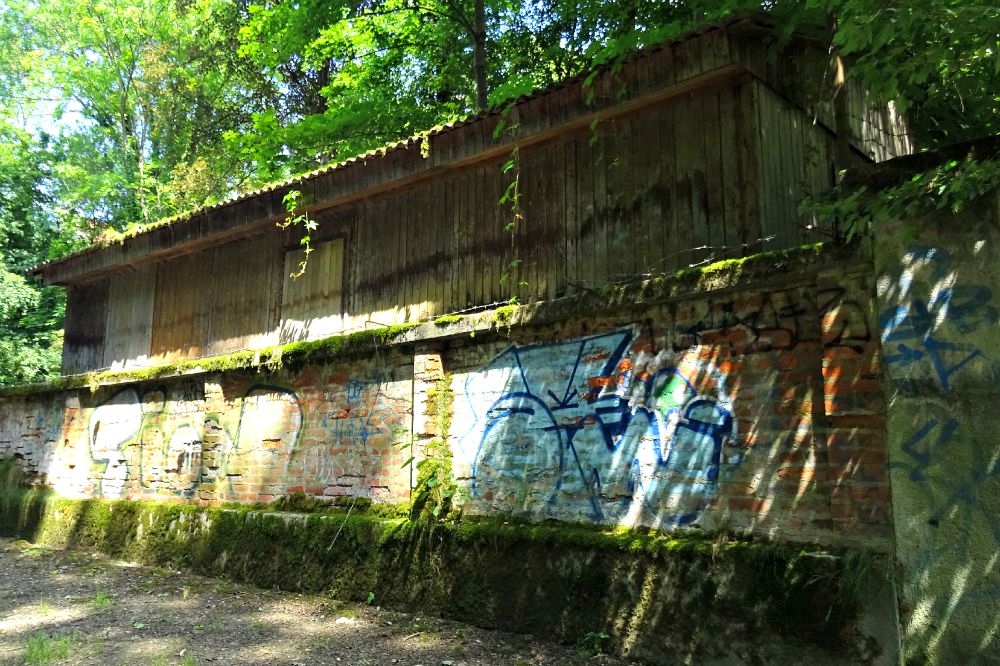 On Jurjevska Street, at the top of Debravnik Put, the Domes of Mirogoj Cemetery peek out from the opposing hilltop.

Leave the parks behind and walk through the Streets of Leafy Zagreb.

Jurjevska Street is home to Villas from the early 20th Century. Some are ramshackle, bordered by crumbling concrete and rusty iron gates while others more affluent, stand behind solid new versions.

While the leafy Park section of the walk was gently upward sloping with some stairs, the Jurjevska section was all downhill.

I covet these gates and imagine them restored. 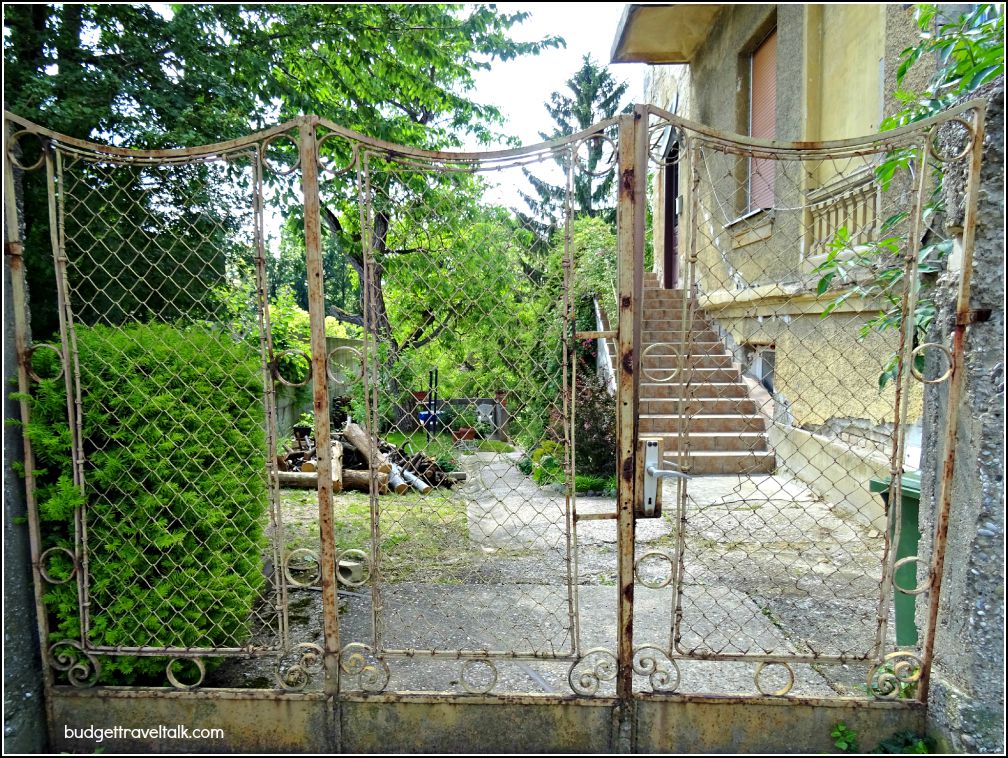 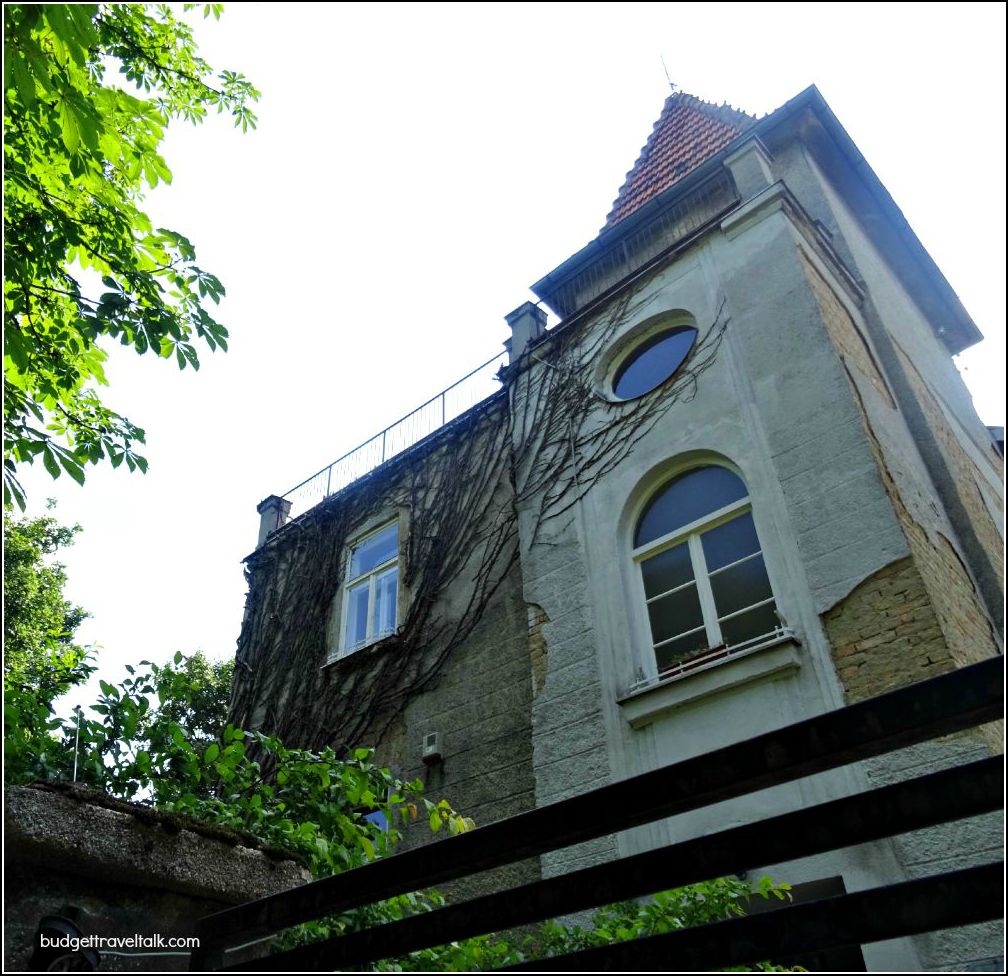 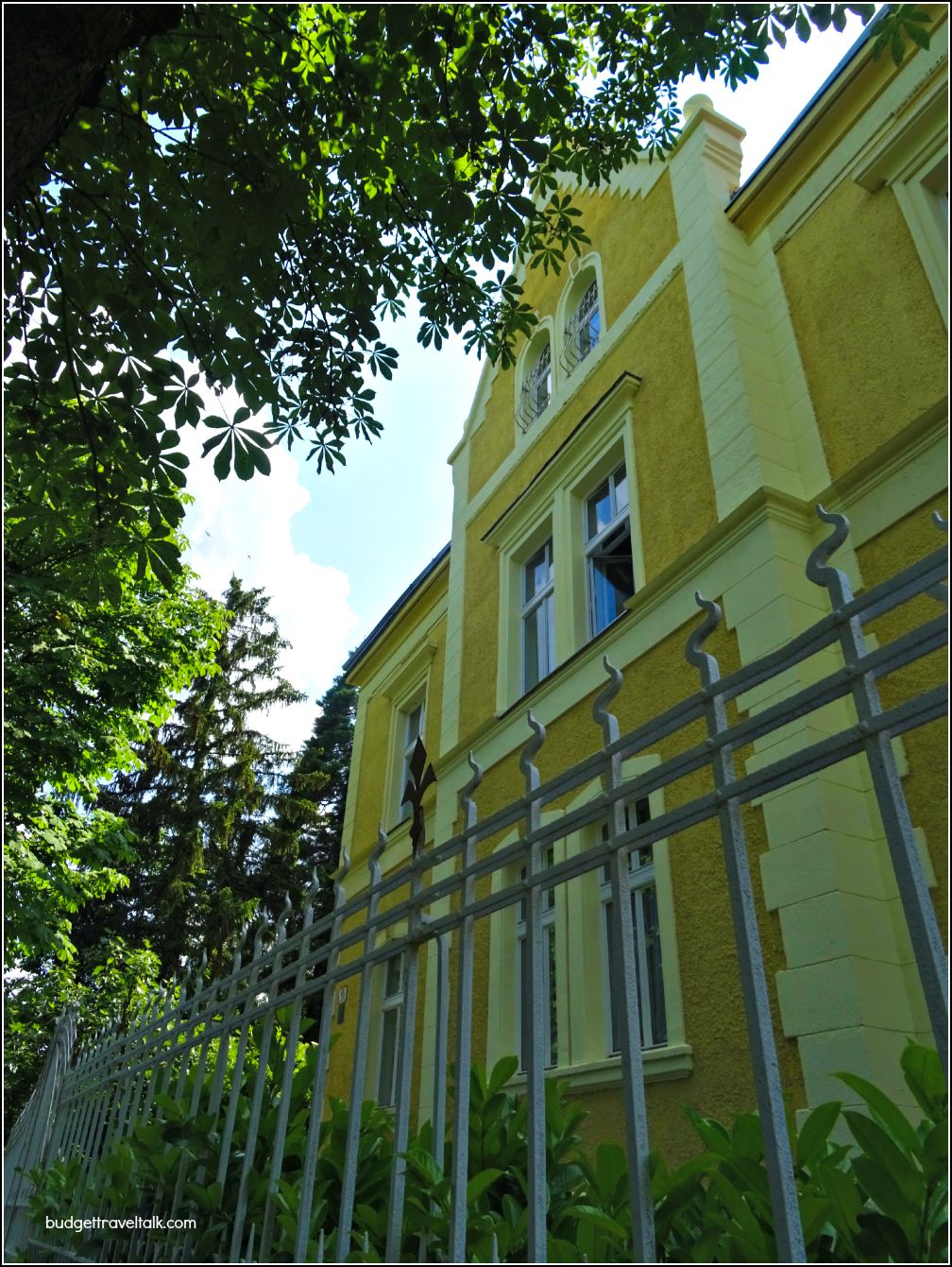 Meanwhile on the other side of the street.

Still on the walk, the oldest Cafe in Zagreb inhabits the corner of Jurjevska, Ilirski Trg and Radiceva Ul.  The terrace of Cafe Palainovka is a well known daytime meeting point for coffee or wine and a popular night spot. Sitting beneath the leafy trees on the terrace with another coffee seemed like the perfect thing to do.

Under the trees at Cafe Palainovka. 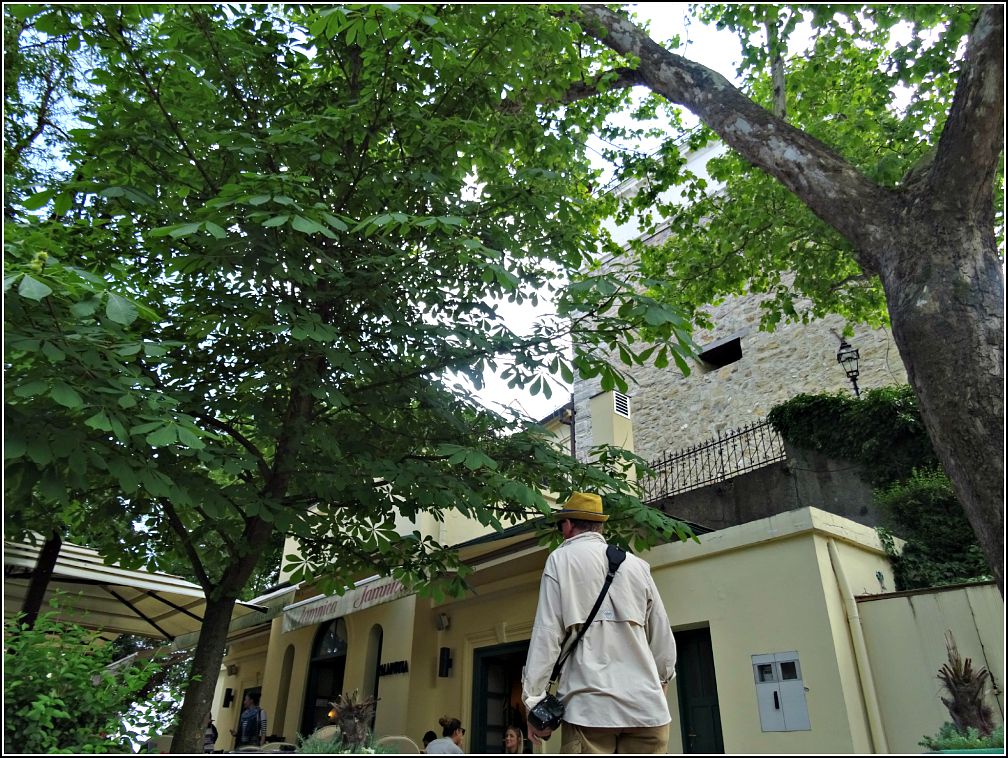 To the right the walk continues through the Museum district via St. Marks Church to the historic funicular and 13th Century Lotrščak Tower from where a cannon is fired every mid-day.

I’d read some positive reports of the close-by Museum of Broken Relationships, which led to us breaking our no museum rule, but reading all those heart-broken memoirs left me feeling maudlin. In true Croatian style the museum boasted a popular cafe and looking around at the many kava sipping couples, I wondered if they were secretly reflecting on their own relationships and if any actually broke-up while there. 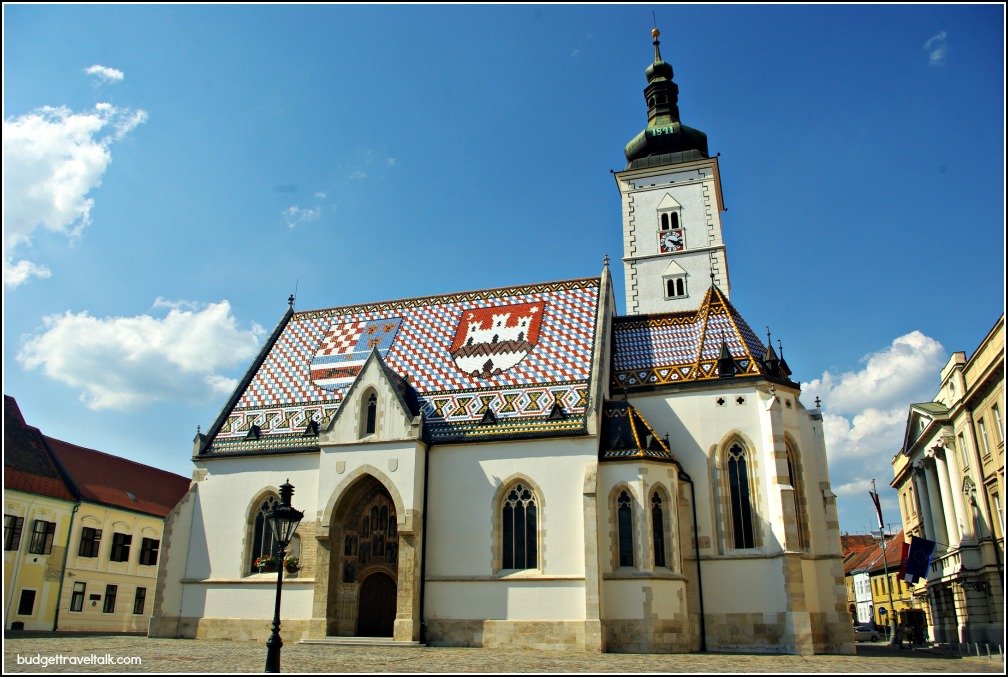 With St. Mark’s Church and it’s square behind you can see down to the box shaped tower. 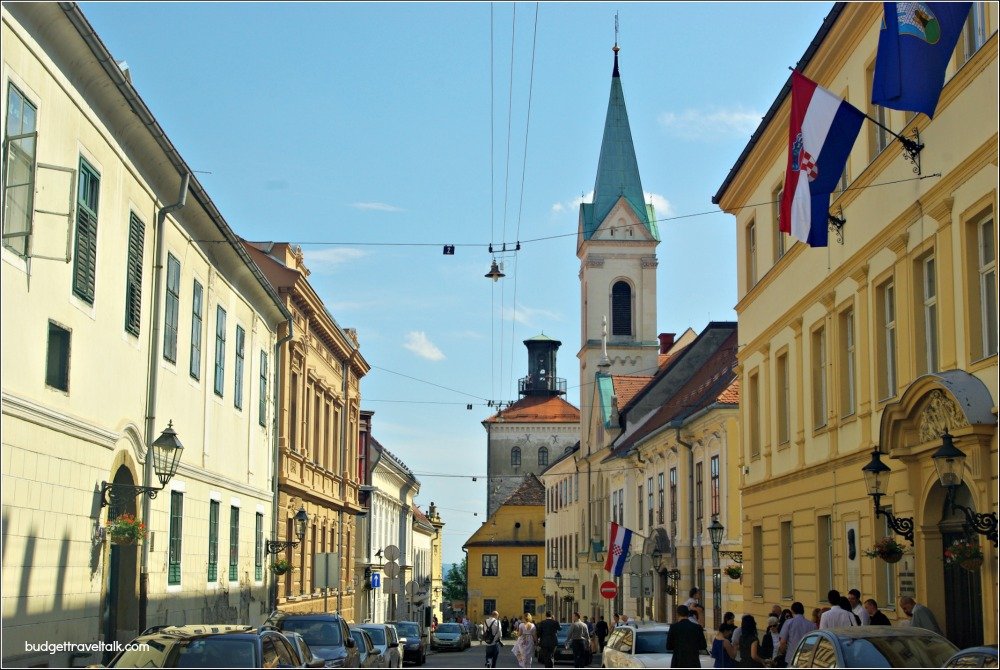 Beside the tower there are views to the lower town and the Funicular that dates back to 1890. 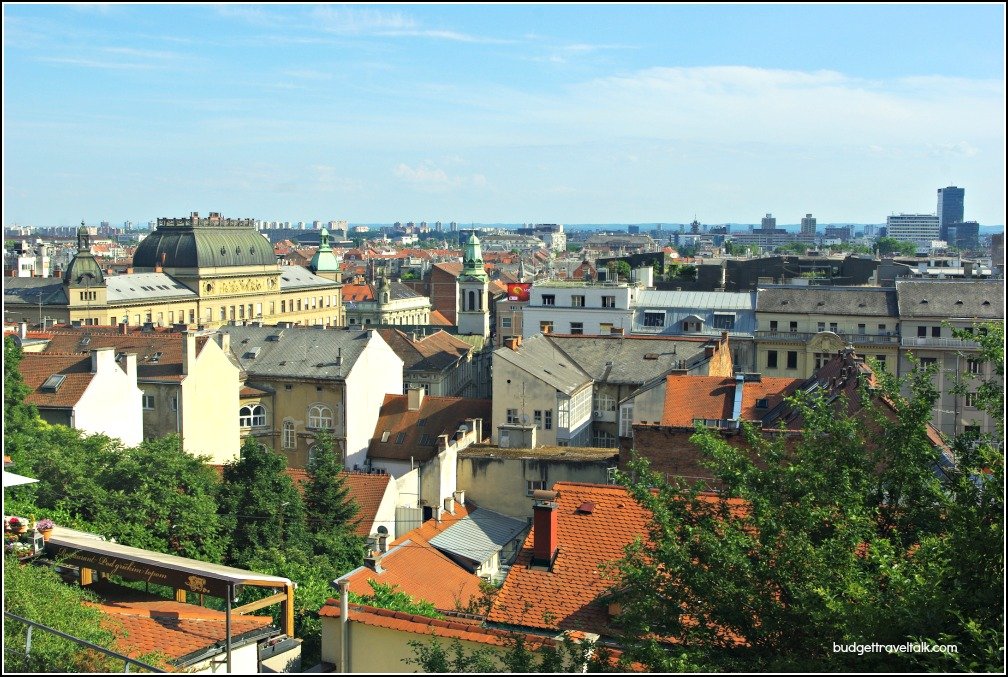 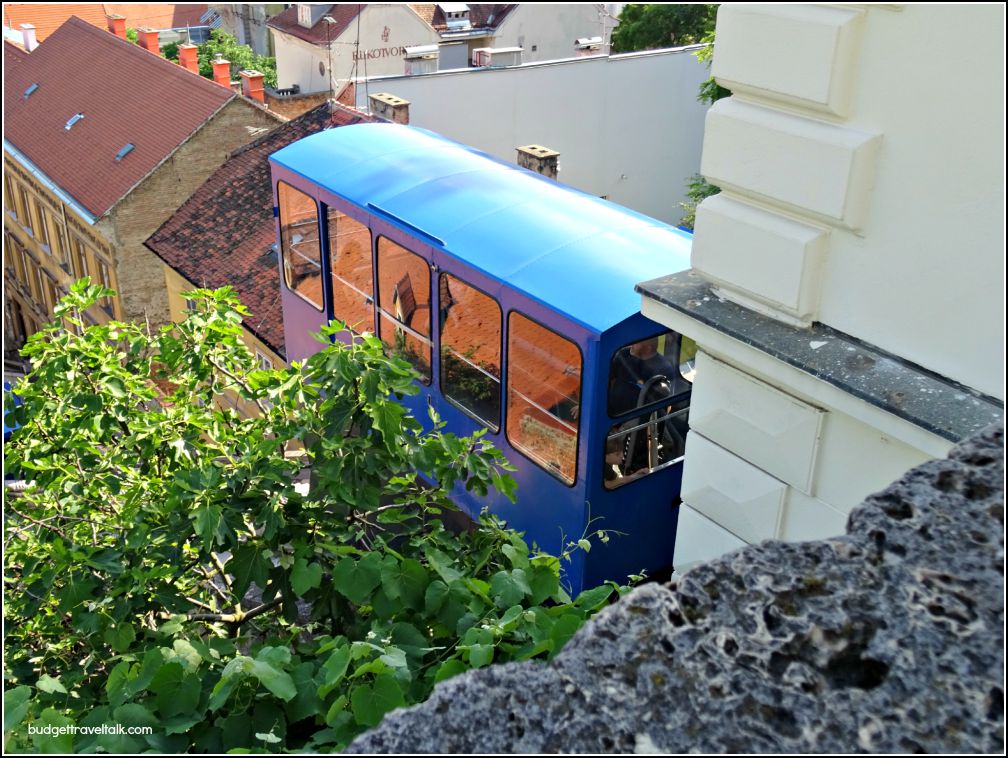 Where is Dolac Market Zagreb

Beneath the old town and Dolac Market is the Jelačić plac or as it is simply known Trg (the square).  It is a grand meeting place that accommodates masses of people and the main tram line too.  The comparison of size between people and buildings in this photo shows the grand scale of the square itself. 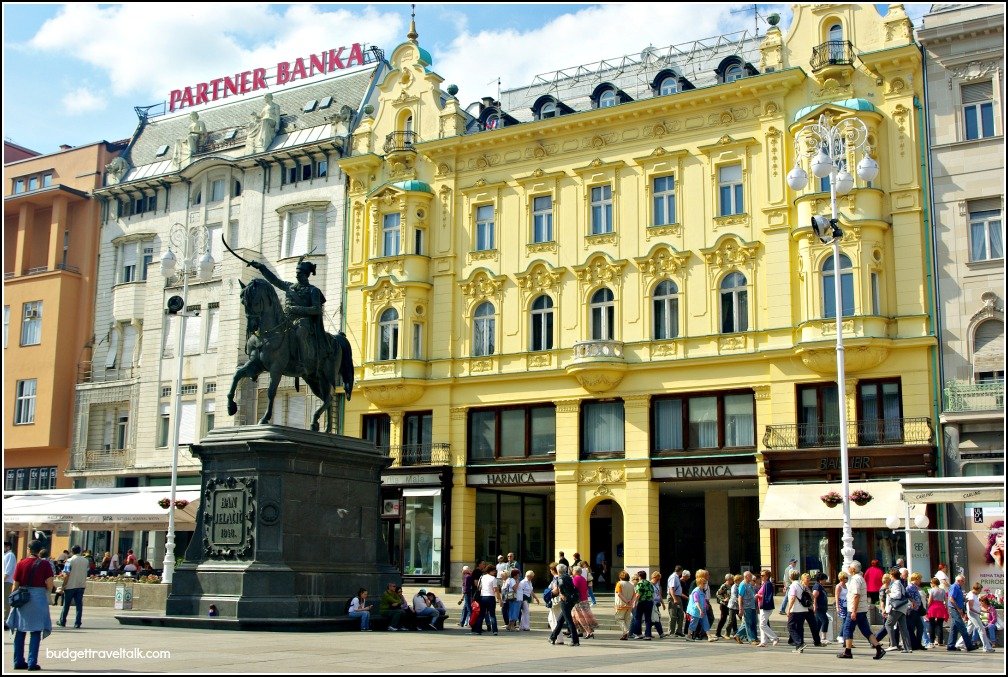 Taking the left fork in the road back at Palainovka (cafe), leads along Radiceva Ul toward the beautiful Zagreb Cathedral and bustling Dolac Market. 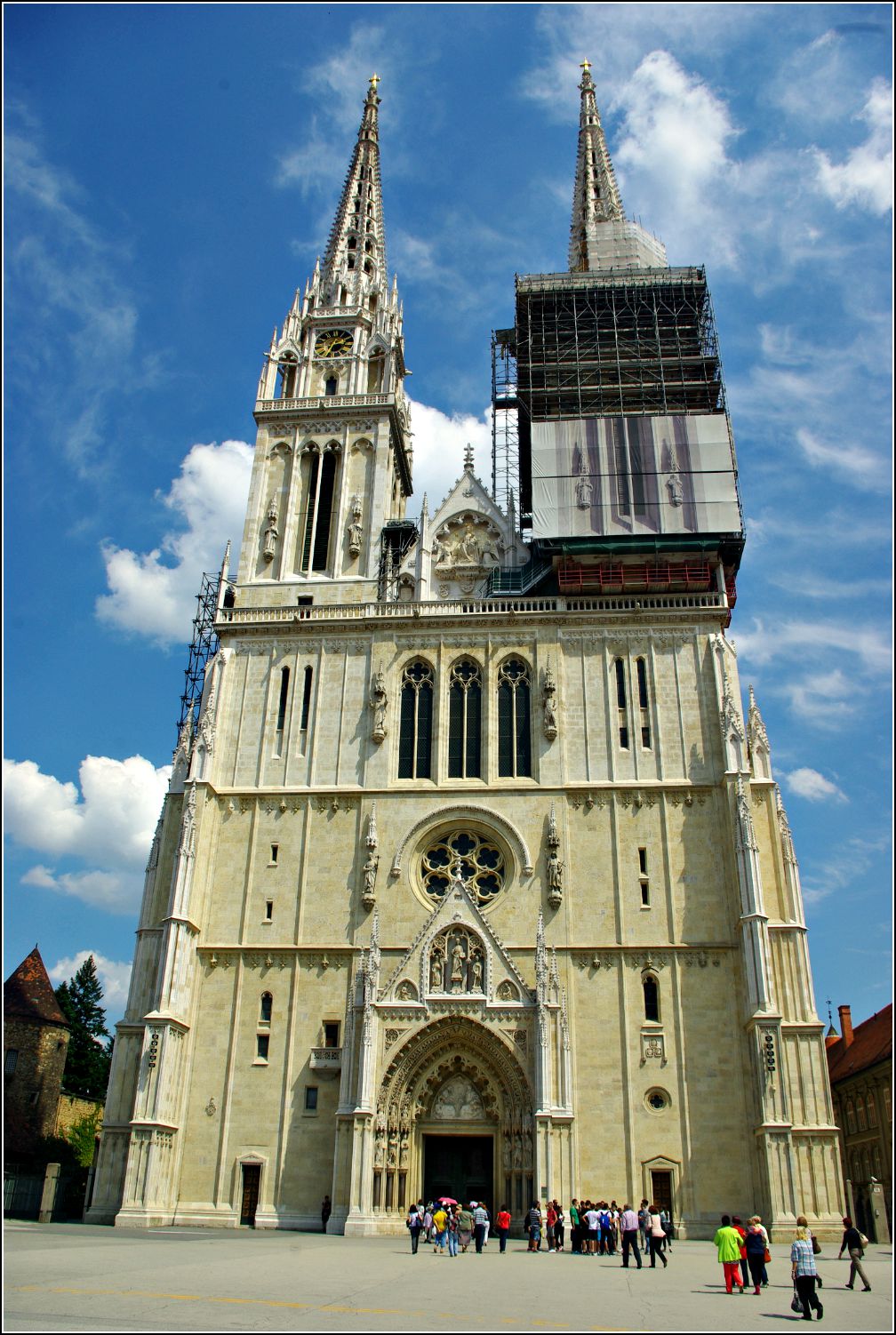 Wherever you are staying in Zagreb, get to know the area by walking around it and taking a different street each time.

Ask your Airbnb host for interesting places to see nearby.

In our neighbourhood, a walk around the block revealed the impressive Gradsko Kazaliste Tresnja theatre on Selska Cesta.

It is amazing the sights to be seen when walking in your local neighbourhood in Zagreb! 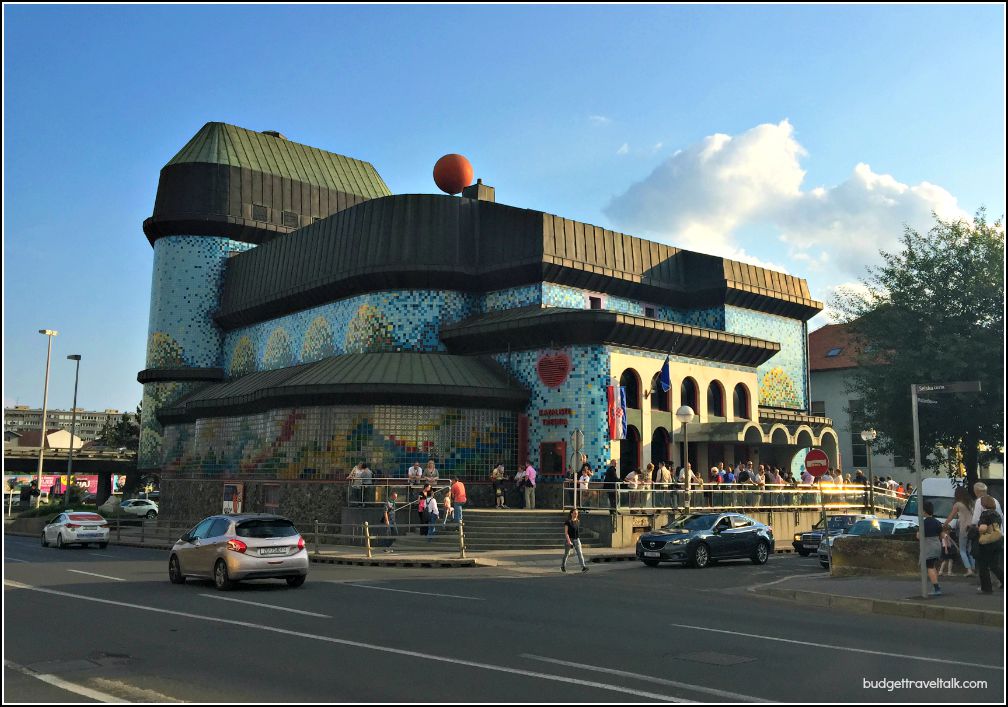 This was “our” street in Zagreb. 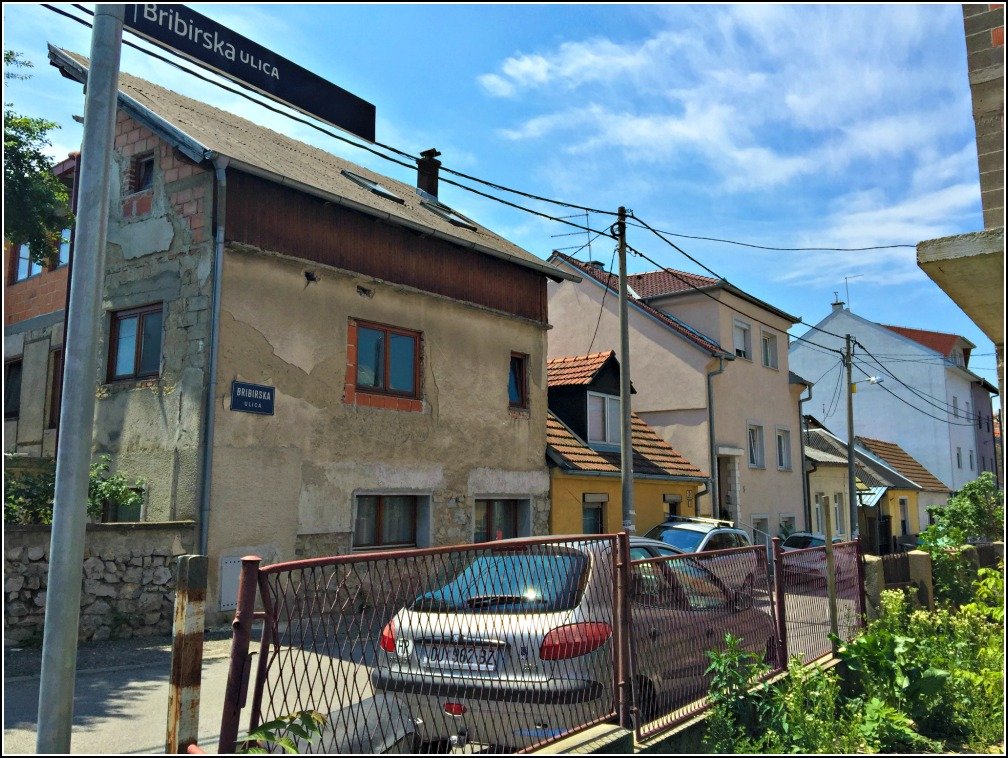 Walk beside the Sava River Zagreb

To get into the spirit of things, we first walked along the banks of the Sava River.

Midway down Ulica Tina Ujeviča were tall apartment blocks and a bustling shopping area on street level.  With no less than four hairdressers in the space of one block, I started noticing that everyone did indeed have a tidy haircut. The community feel was infectious with full cafes and old men playing card games in the park. Our Cafe accompanied their kava with a gratis orange flavoured drink reminiscent of Tang. I discovered later that a Cedevita, a similar to Tang, is offered to guests in Croatian homes.

Another mystery of Croatia for us was the lack of cakes on offer in the Cafes.  The two are inseparable as far as we’re concerned so we adopted the practice of buying cakes at the bakery and taking them to the Cafe. I never saw anyone else do this but the Cafe owners didn’t object.

Bribirska Ul. to the Sava River. 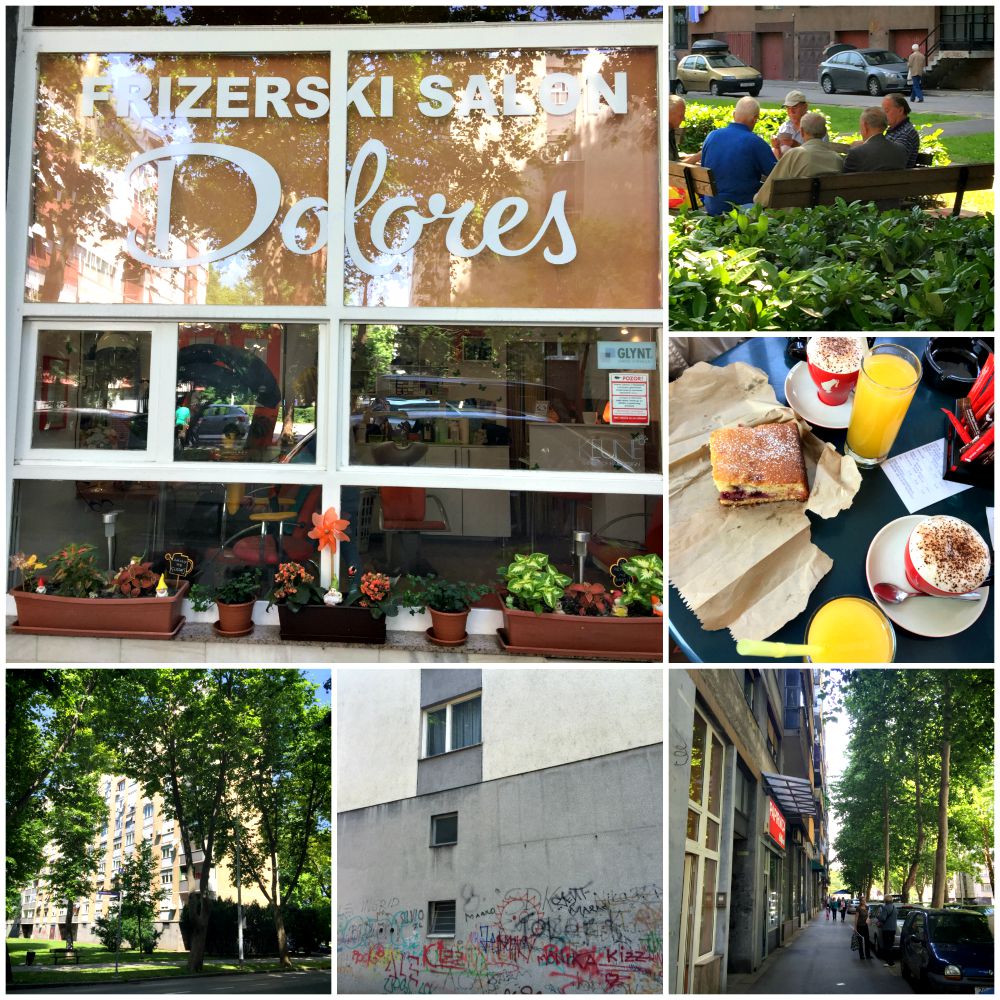 Along the Sava – Homage to the Socialist Zagreb.

A wide track runs unimaginatively straight along the Sava River’s levee bank, but another unofficial one has been worn beneath the equally unimaginative line of soldier like trees. We, along with a couple of Joggers and dog walkers used this unofficial path to shelter from the blazing sun and 29 degrees C at the end of May – Spring in Zagreb. Oversized statues stretch between two bridges, the Savski Most and another un-named one on Većeslava Holjevca Avenue. 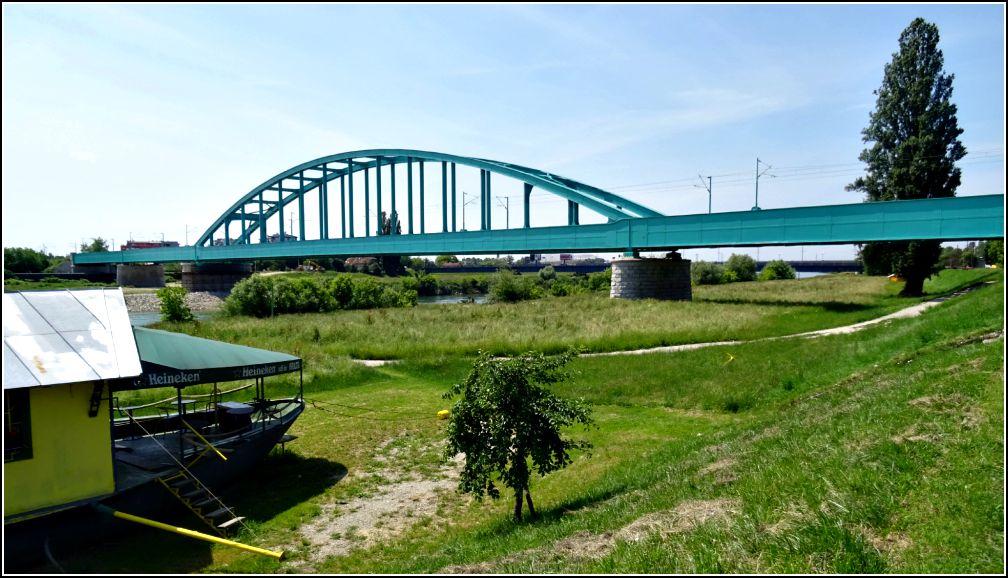 Shortly after joining the river path, just past Savski Most is a barge converted to a bar. 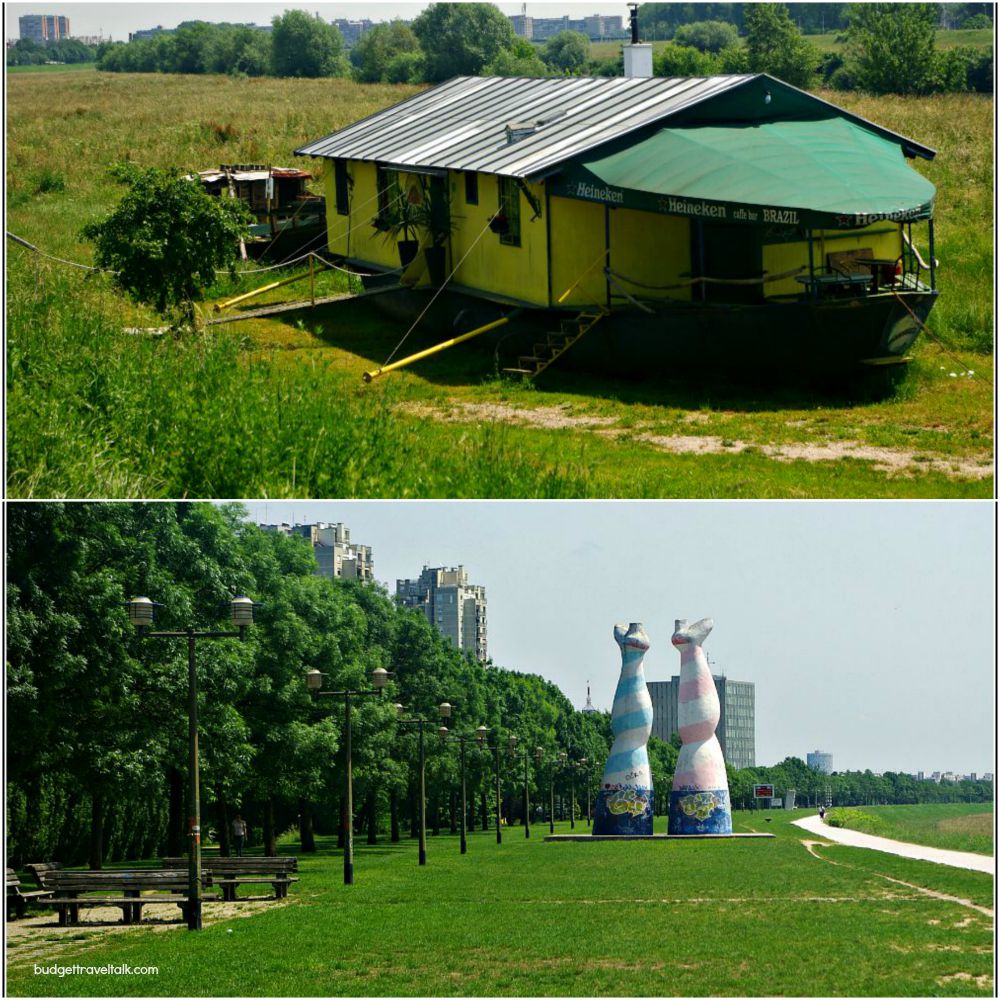 The river was tame and disinteresting when we were there but in 1964 it caused monstrous flooding. This flooding and the Soviet reminders might explain the lack of interest locals have traditionally shown in the river, but I was happy the statues have been left to their own devices on the banks of the Sava. 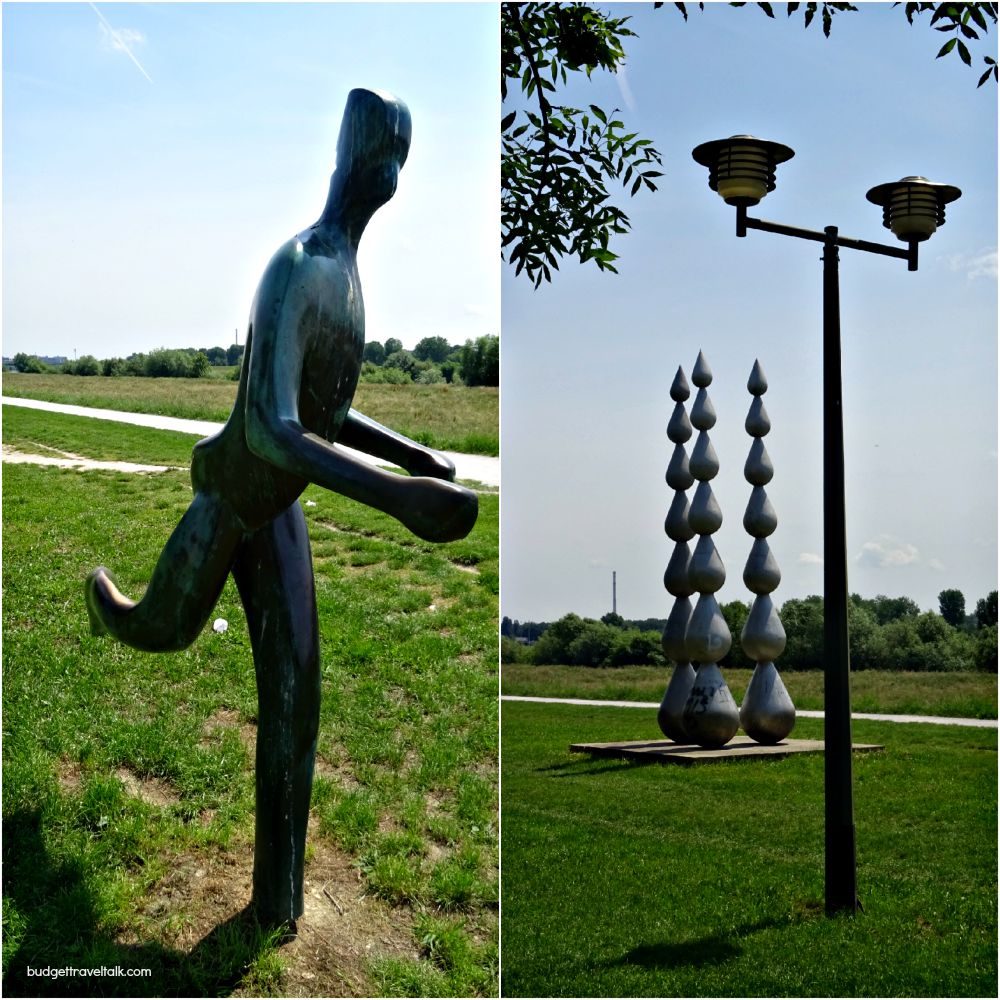 Eye catching art on the second bridge at Većeslava Holjevca Avenue. Beneath the bridge, I chuckled at the cars parked neatly around a no parking sign. 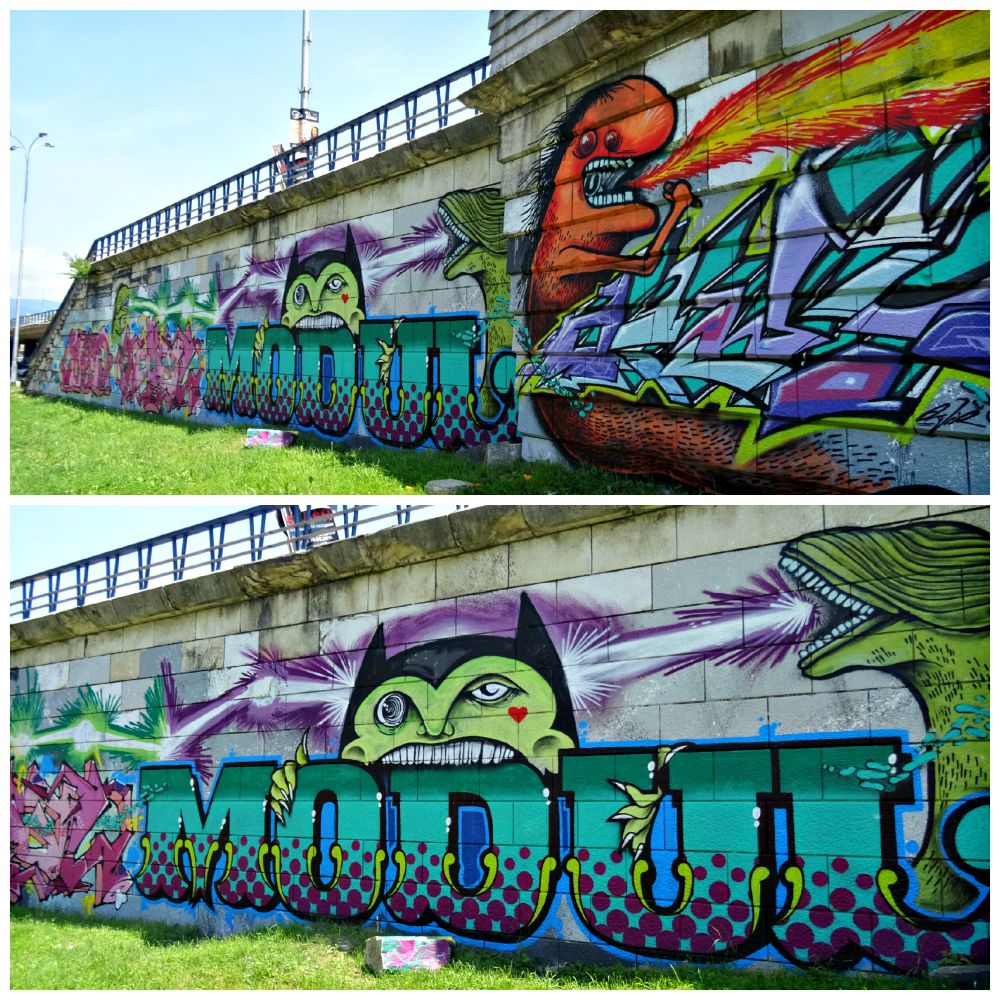 If you are lucky enough to be in the city for Zagreb Day on 1st June, ask at Tourist Information Centres for any special events. In 2015 there was a free performance of the Zagreb Philharmonic Orchestra in Dr. Franjo Tudjman Park. 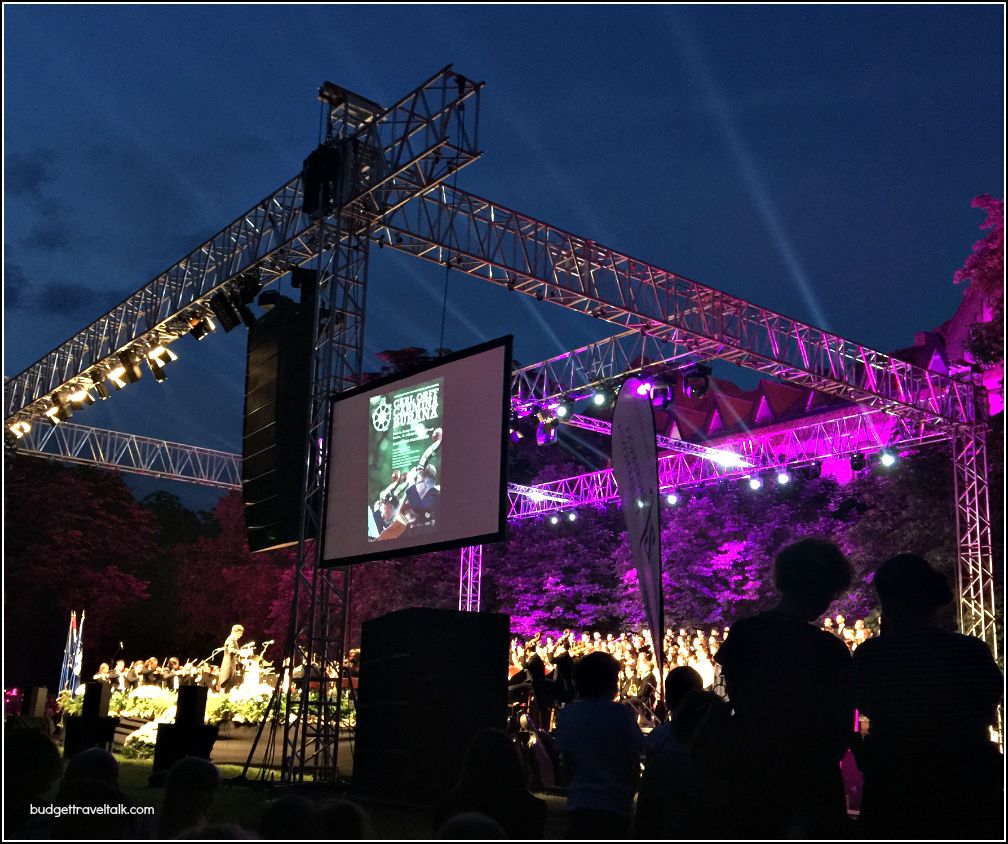 This blog is linked to Nancie’s Budget Travelers Sandbox for Travel Photo Thursday. Nancie has shifted back to Seoul and I am loving her shift!

I’ve also linked to Noel at Travel Photo Discovery for Travel Photo Mondays. Noel is an awesome Photographer.  Have you seen his work?