The Barge from Townsville had just delivered us to Nelly Bay Magnetic Island in the north of Queensland, Australia.  Our house-sit was only five minutes away from the barge terminal so within an hour we had unpacked and were off exploring in our 4WD vehicle.

It had been many years since we had visited West Point Magnetic Island and even then it had been in our boat, so we really had no idea about the condition of the road.  We both had childhood memories of a dirt track so were pleasantly surprised to find that the bitumen road continued past the golf course at the back of Picnic Bay Magnetic Island.

Five minutes later, while smugly congratulating ourselves on our good fortune, the road surface changed to dirt.  It wasn’t bad but there were occasional pot holes which limited our speed.  All the better to soak up the sight and smell of the wattle trees in flower and as we neared the beach that salty ocean smell that I love. 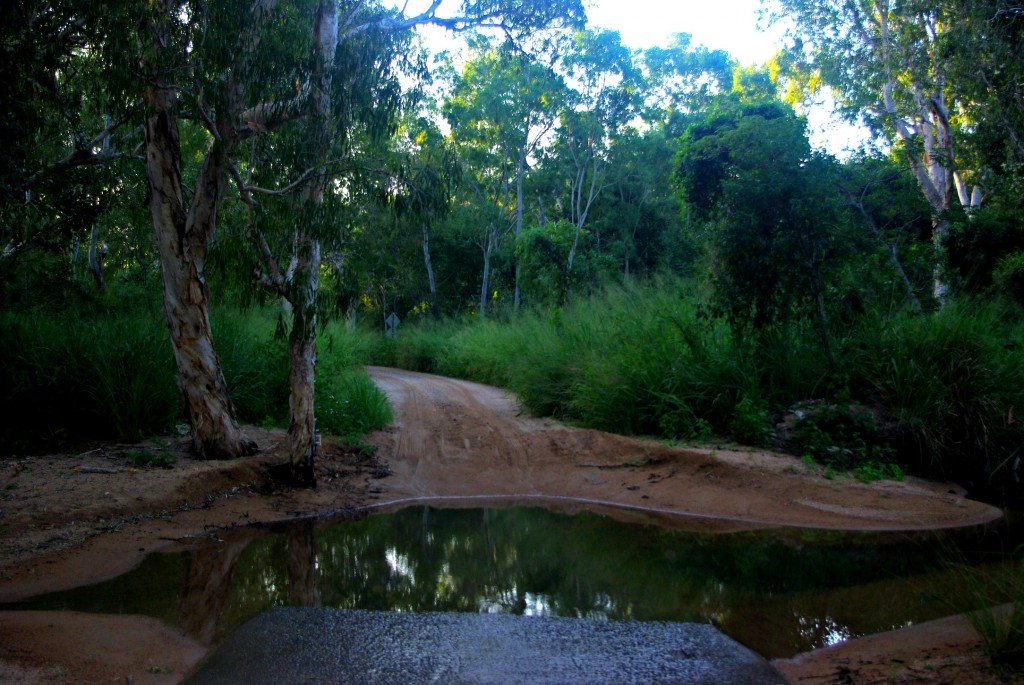 Ten minutes of dirt later we arrived amidst a collection of beach huts – probably ten in all – some hidden away in the bush and others clustered haphazardly near the sandy track.

It soon became apparent that we were in for a treat – a beach sunset – a rare occasion on the east coast of Australia where the sun sets over the land. 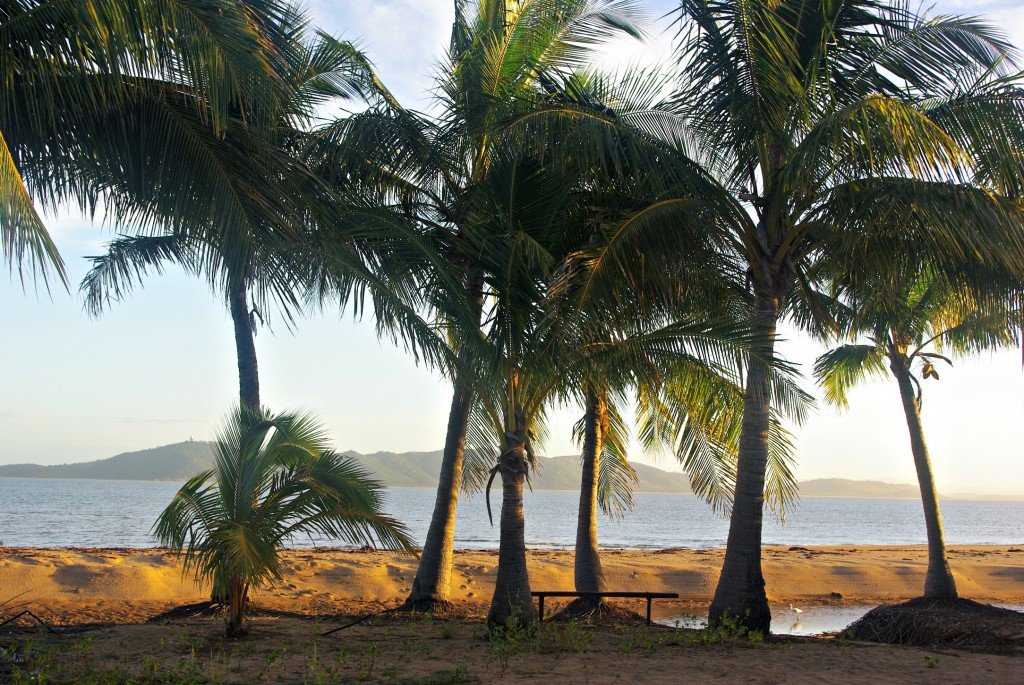 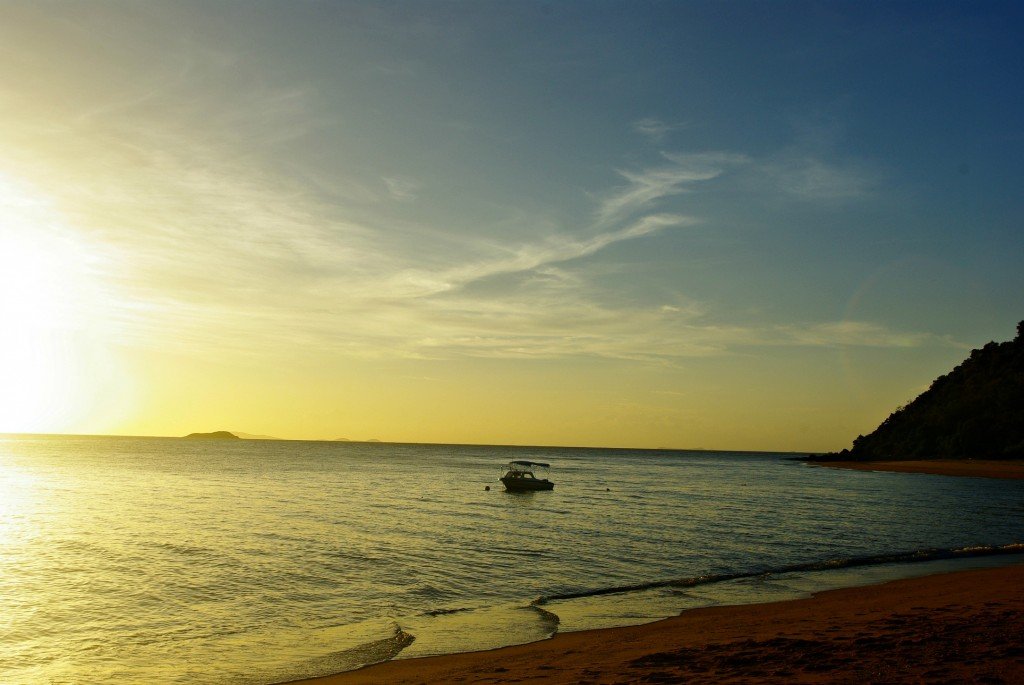 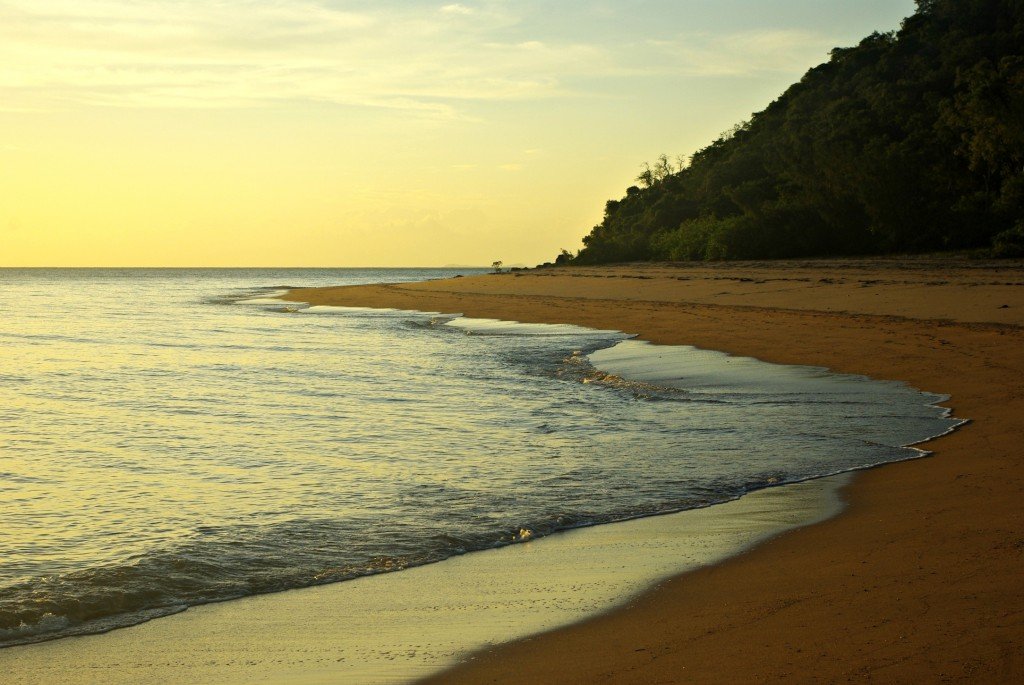 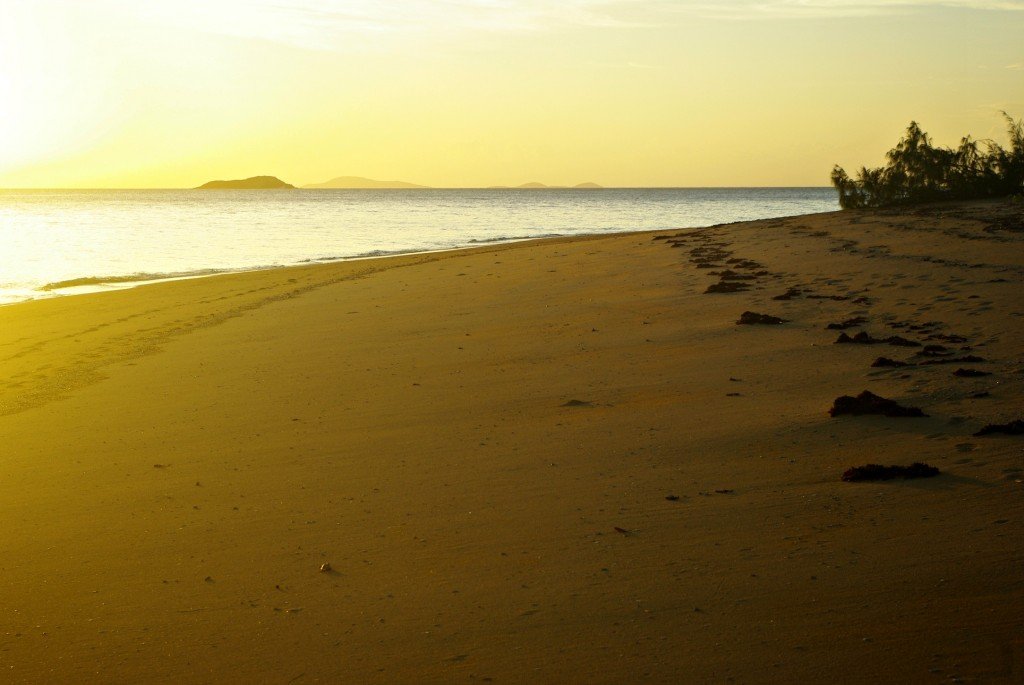 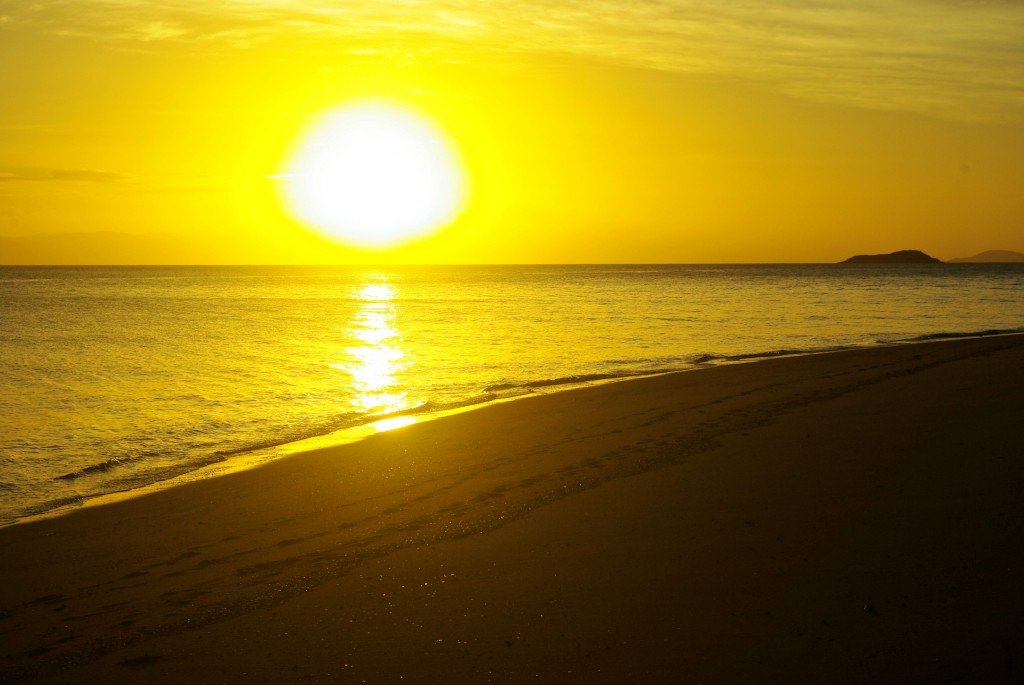 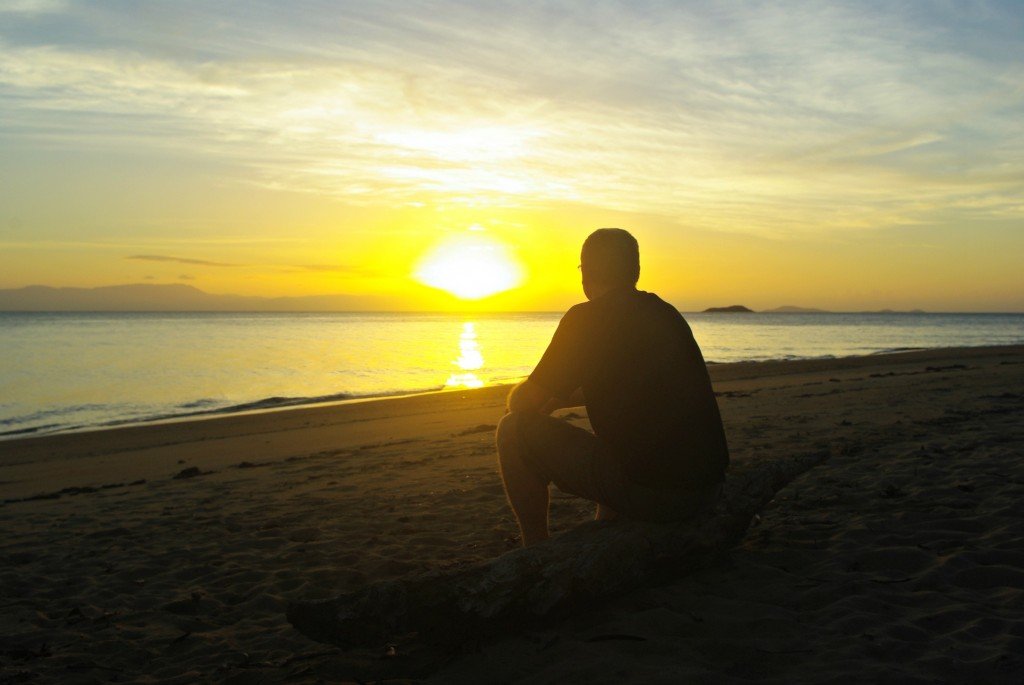 B.H. claimed that he planned it all, but then he would.

This post is linked to BUDGET TRAVELERS SANDBOX  and Friday Dreamin’ at R WE THERE YET MOM.

BOOMERWIZDOM want to find the best beaches in the world.