Being surrounded by a maze of long ribbon-like islands running north-south, the old town of Zadar in Croatia is all about the ocean.  Evening strolls along the Riva are mandatory to see the colours change with the setting sun, but two of Nikola Bašić’s creations – the Sea Organ and the Sun Salutation add even more magic.

The sea organ emits mournful whistles and sighs that evoke images of mermaids. The notes are caused as waves force air through pipes beneath the stone stairs where crowds gather to view the sunset. Passing boats cause waves resulting in higher pitched and louder sounding notes with an occasional rogue wave sending spectators scattering.  In the middle of the night the random sound of the sea organ would float through our bedroom windows.

As light fades it is the 22m round sun salutation’s turn to shine. The 300 multilayered glass pieces collect and store energy from the sun to put on a light show meant to mimic the solar system. The show can be enjoyed from outside the circle or within while walking, laying or dancing on the surface. Little kids are fascinated by it… and older ones too!

Having been land-bound in both Ljubljana and Zagreb the previous week, it was wonderful to arrive at Zadar.  Our Airbnb apartment, situated one street back from the Riva, was the perfect place from which to enjoy the sights and sounds.  It wasn’t until we walked the short 100m to the water that I realised just how much I had missed having it close. 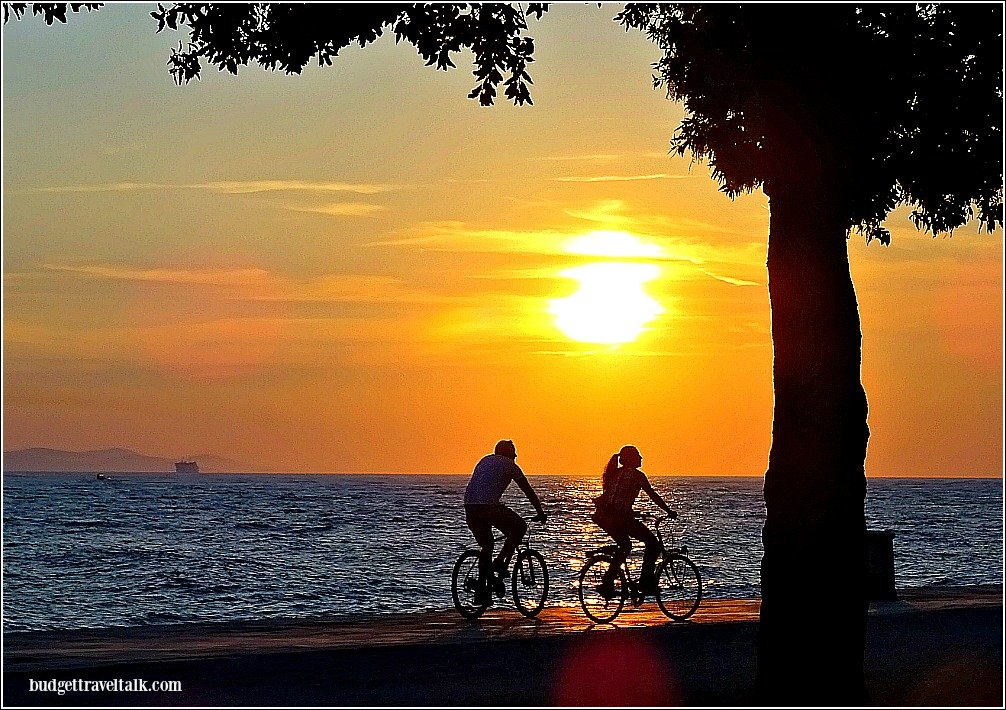 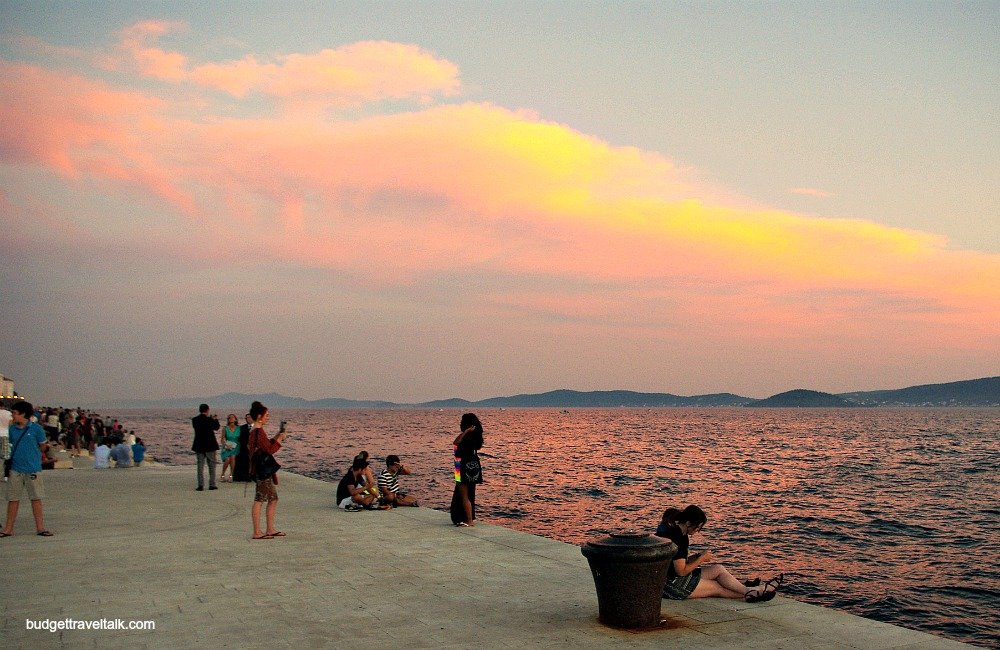 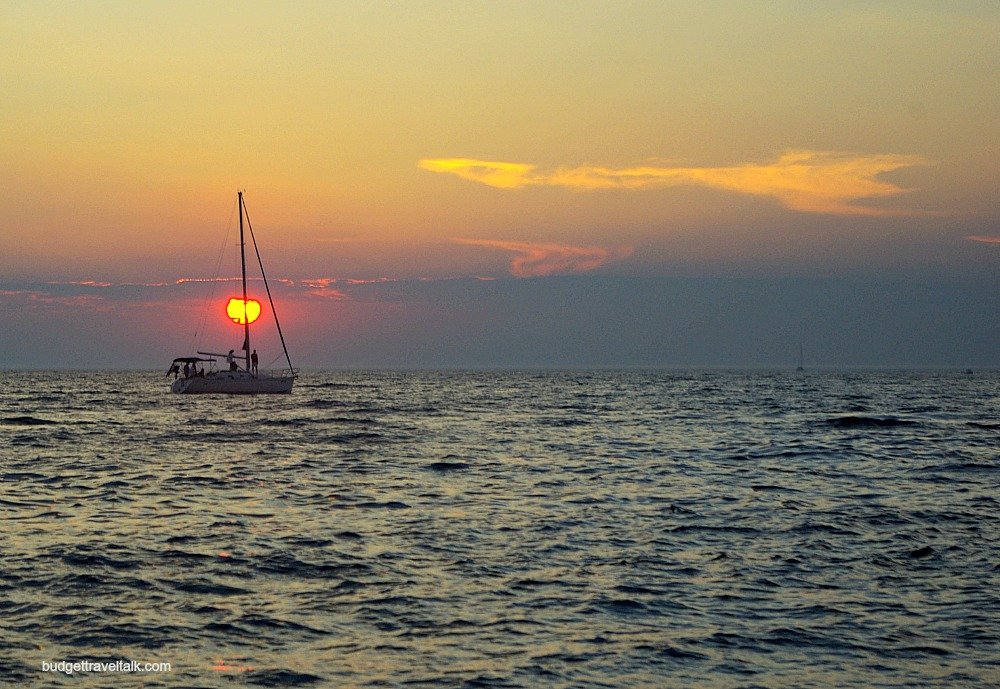 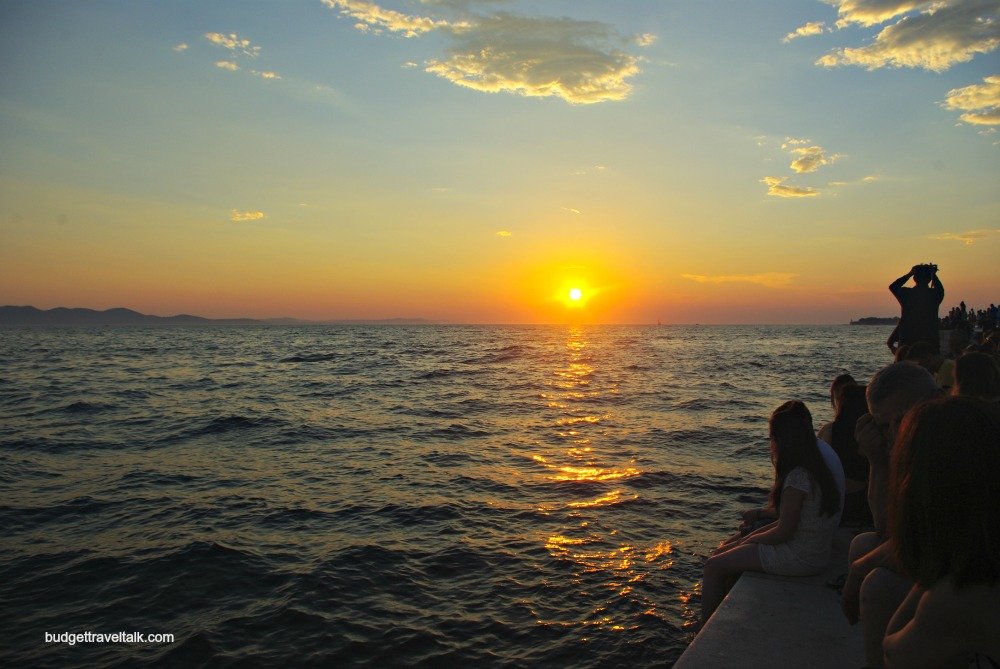 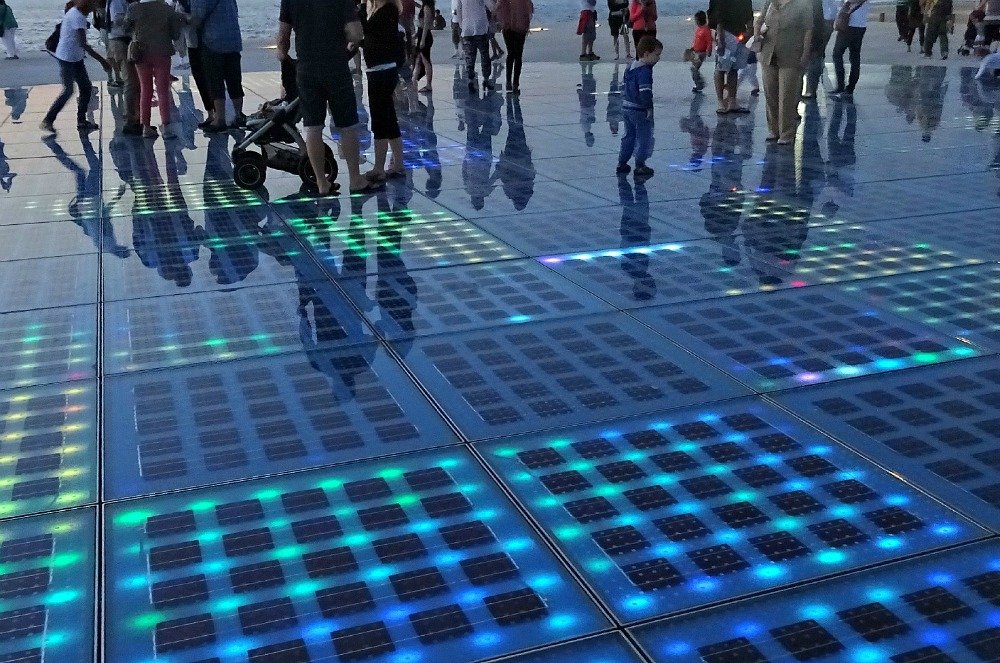 Both of the above Attractions are free.

We rented a car in Zagreb and drove via Plitvice Lakes to Zadar.  Economy Car Rentals is an On-line Broker site with Budget Prices and good service.  We have used them in Turkey, Italy, Slovenia and Croatia without complaint.

We stayed at and recommend Ana and Nik’s Airbnb Apartment in the old town of Zadar.

Sunday in Trapani Sicily
Next Post: Europe Tour Itinerary for people Travelling Europe on a Budget