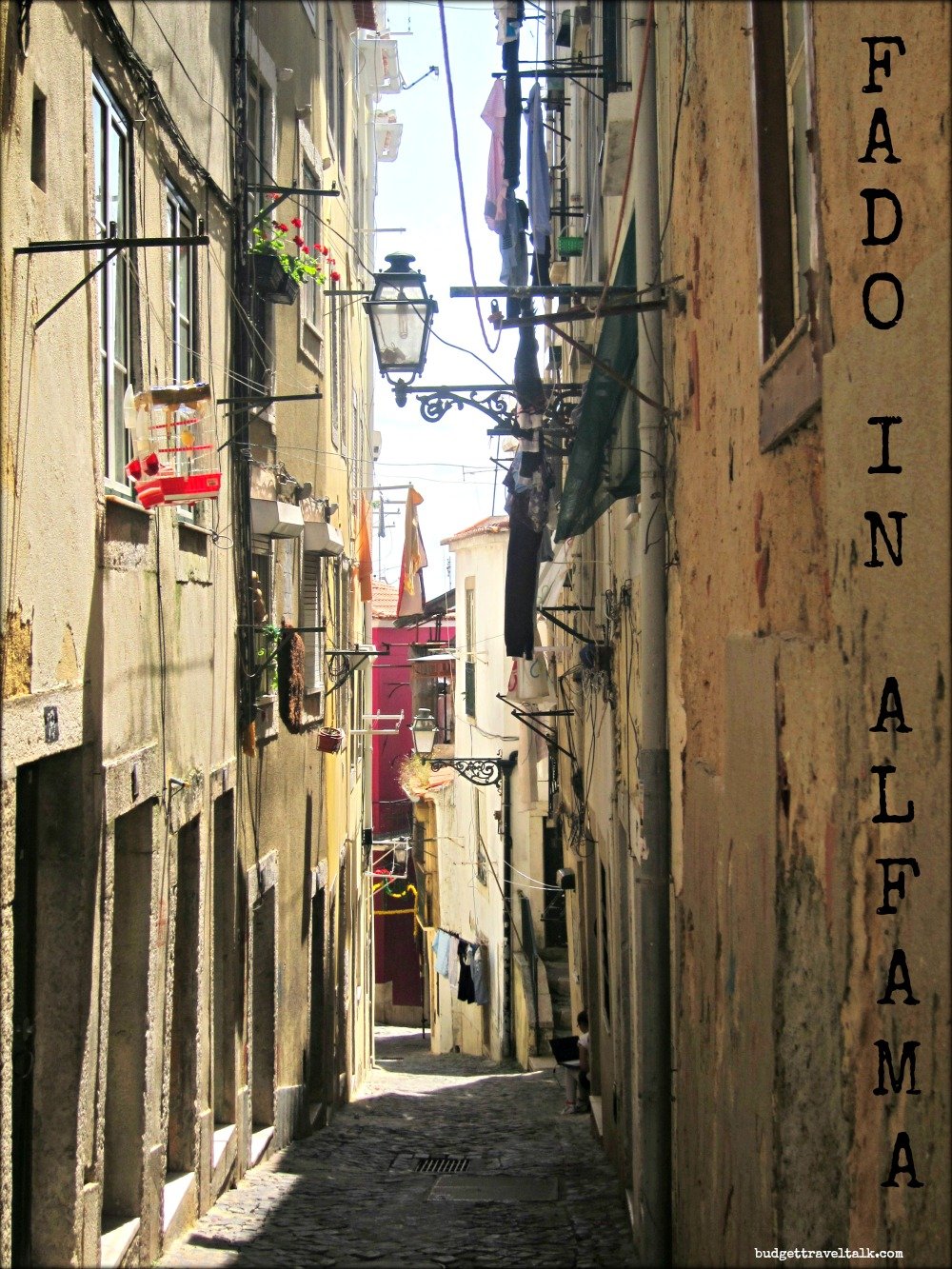 In Seville, Spain, we watched Flamenco at a free venue, that made it’s money out of booze and was reminiscent of a low wide Aussie sheep shearing shed.  Not unlike it’s Aussie counterpart it was as hot as hell in that venue, and with an outside temperature of 46 degrees at 7.30 p.m. that night, I am pretty sure they made a profit.

My heart went out to the thin as a pretzel bailaora in her clinging red long sleeved dress.  Even the crowd of jug swilling patrons sat silently in awe when the wailing and hand clapping of her two male counterparts began.  Her dancing and stamping were riveting and we immediately forgave when the performance finished after only half and hour.  But enough of Flamenco… this story is about Fado.

The first thing to realize is that Fado is not the visual spectacle that flamenco is.

It is a mournful outpouring of sadness in (Portuguese) song.

Our desire to find an authentic place to sample Fado (Unesco Intangible Cultural Heritage List), led us to a small restaurant situated below street level in Alfama.

Alfama, the oldest district of Lisbon is situated directly below Castelo San Jorge and the Miradouro de Santa Luzia in a tangle of vertical alleys that at night brought uncomfortable thoughts. Unfounded thoughts as it turned out and I wouldn’t have missed our Alfama experiences for all the Pasteis de Nata in the land.  This original village of fishermen has a genuine feel to it today that channels it’s humble roots.  It is the place to scoff sardines fresh from a smoky open brazier; to absorb the colour of everyday life; and of course to listen to fado.

There was no cover charge at the restaurant, so we ordered dessert which with a glass of wine and a coffee, set us back the equivalent of AUD30 – a hefty charge in a Country that is even less expensive than Spain.

We listened to three Fadistas, the first of which is pictured on the left below.  He was followed by a beautiful young woman with a voice to match, and an old diva with such dramatic expression that I felt a certain understanding.  I imagined a young woman left heartbroken on the shores of the Rio Tejo when her young man went to sea, never to return. It could well have been the case too, as typical Fado stories run the full gamut through betrayal, jealousy, irreparable loss and bull fights! 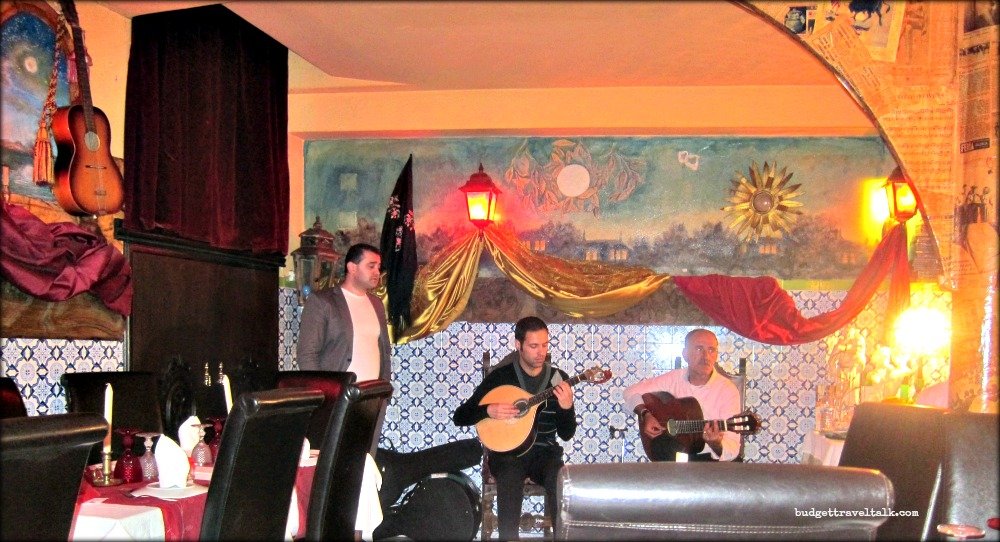 There is the local saying “Silêncio que se vai cantar o fado!” – Silence because the Fado is about to be sung.

In retrospect I think we should have gone with the noisy bar option.  As the restaurant was below ground level we did not know until we agreed to enter, that we were the only patrons.  As it was we had a somewhat awkward (for us) private performance.

Have you had a Fado experience?

Look for an Alfama bar that has Fado but no cover charge.  The drinks would no doubt be expensive but you only need order one.

Catch the free tourist tram 28 to Miradouro de Santa Luzia or Tram 12E.  The steps beside the adjacent open platform of Miradoura Das Portas do Sol terrace lead down to Alfama.

If time permits I suggest visiting Alfama twice.  A familiarising daytime walk down through the alleys is very atmospheric and will orientate you for a nighttime foray.  As usual in dark alleys be vigilant.

The Lisbon Locals were always urging us to watch our valuables on the trams and buses and tram 28 does have a bad reputation for pickpockets.

Join the fun over at Nancie’s Travel Photo Thursday on Budget Travelers Sandbox.

Tuesday in Townsville Taylors Beach Road Trip and Mini Break
Next Post: Where to Stay in Kyoto and Walk the Geisha District