Step through a door to another time – a time of Muslim Rulers and Catholic Kings – of Fires, Earthquakes and Restoration. 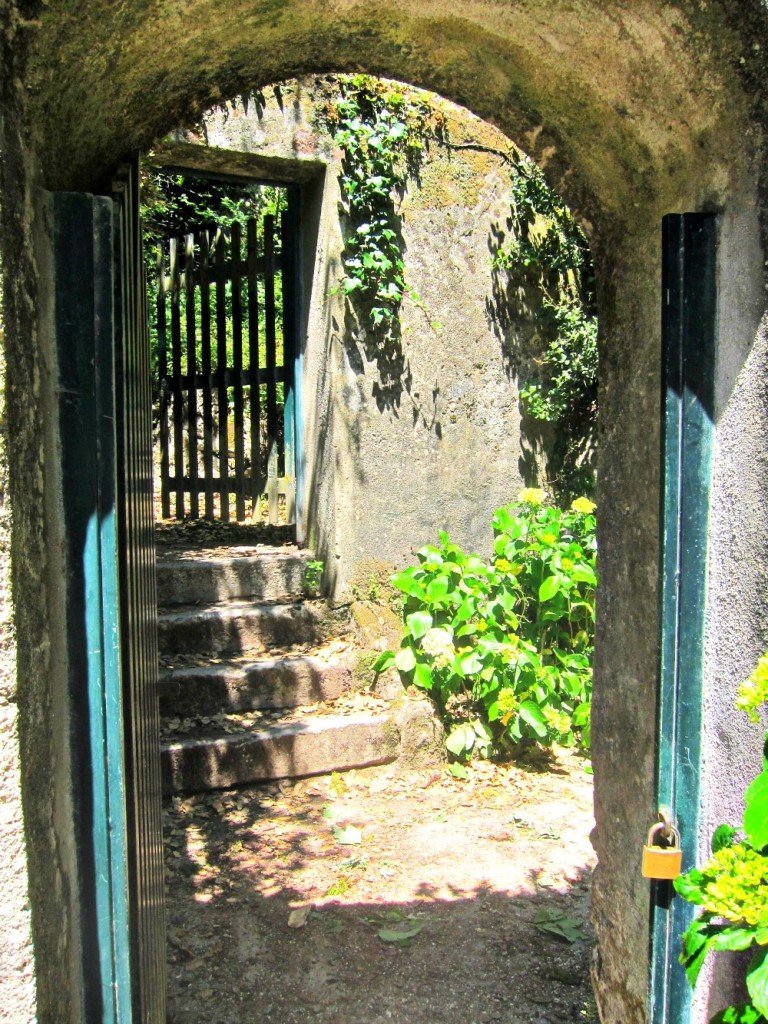 B.H. and I are outdoors people, so when we decided to choose just one attraction to visit in Sintra, the choice was easy.  Castelo Mouros was a Military Fort from the 8th Century during the Arab occupation.  The site was an excellent observation post, with views over the  Rio Tejo delta and plains to the coast. While we were not on the lookout for enemy forces, we were interested in the panoramic views.

Sintra below and the coast in the distance. 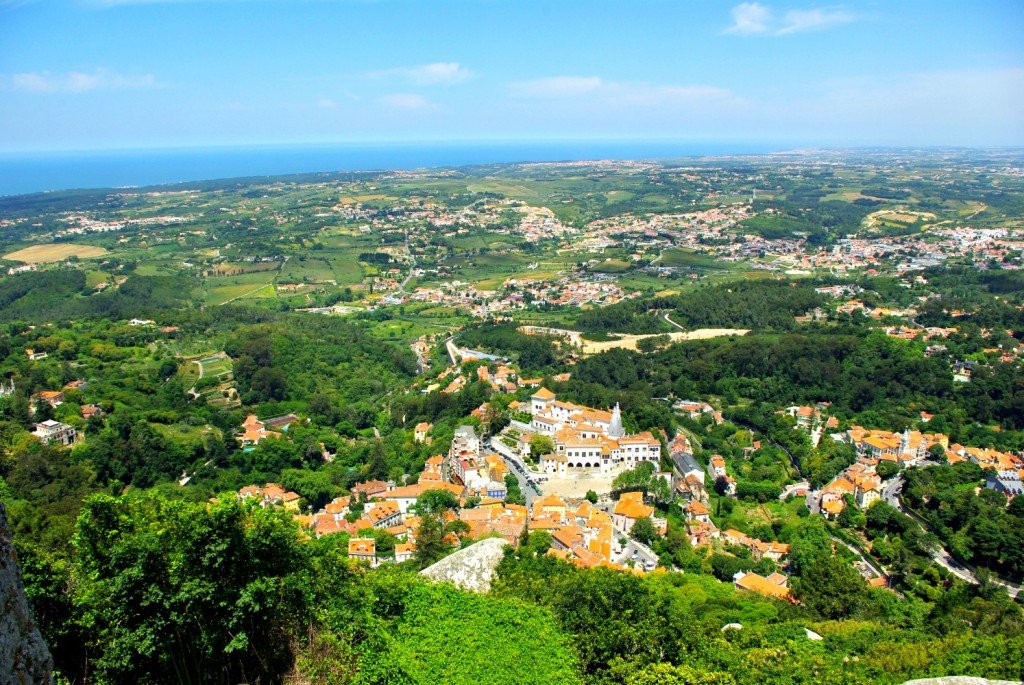 The Royal Palace of Sintra peeking through the battlements. 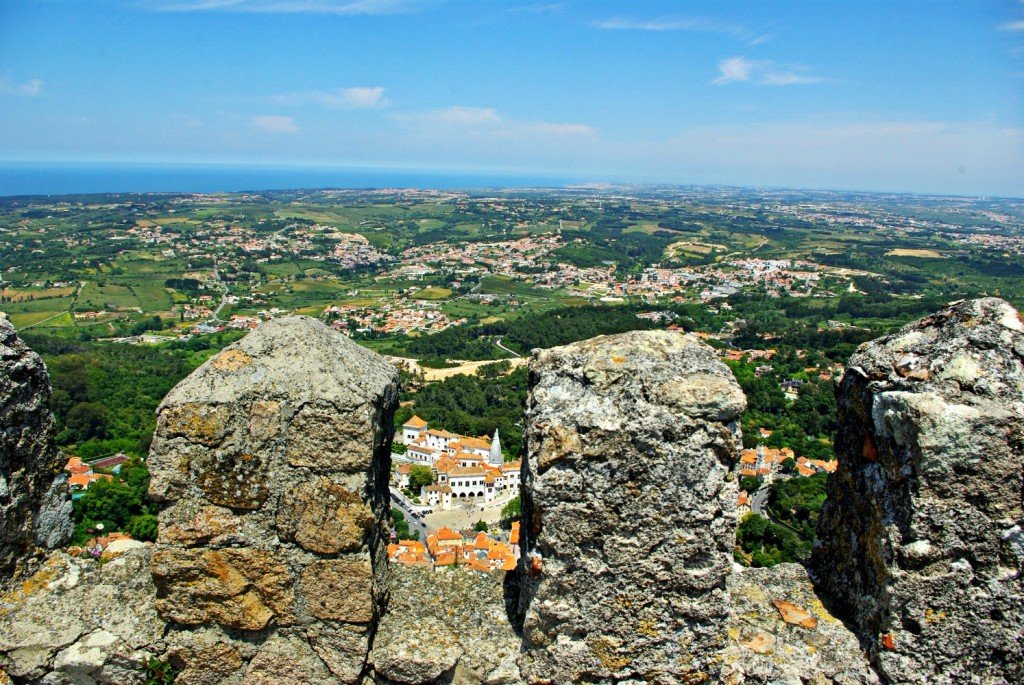 The Colourful Palace of Pena, taken from the Castelo walls. 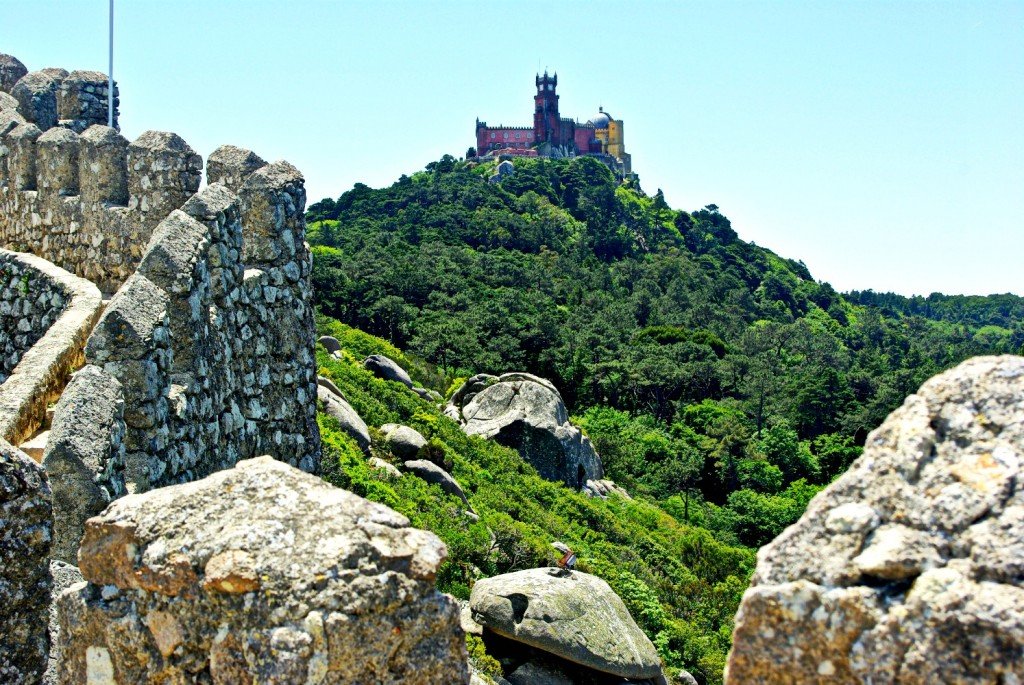 View to ocean through the trees of the Castelo. 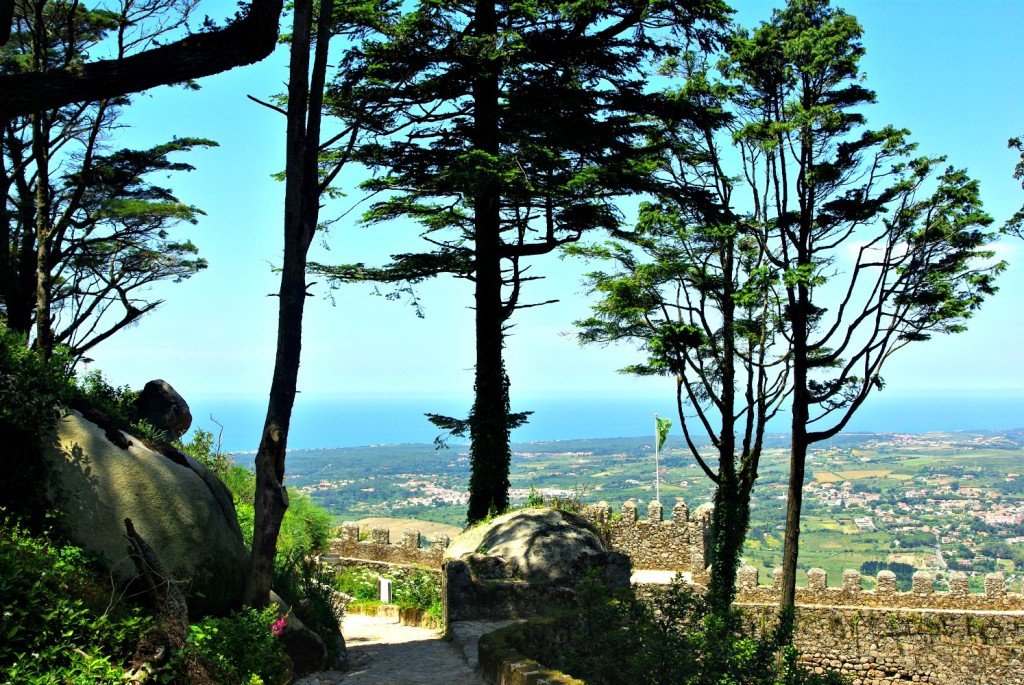 In the forest below, the Grey towered building set back on right is Quinta da Regaleira;  the Grey roofed building in the left foreground is Chalet Biester. 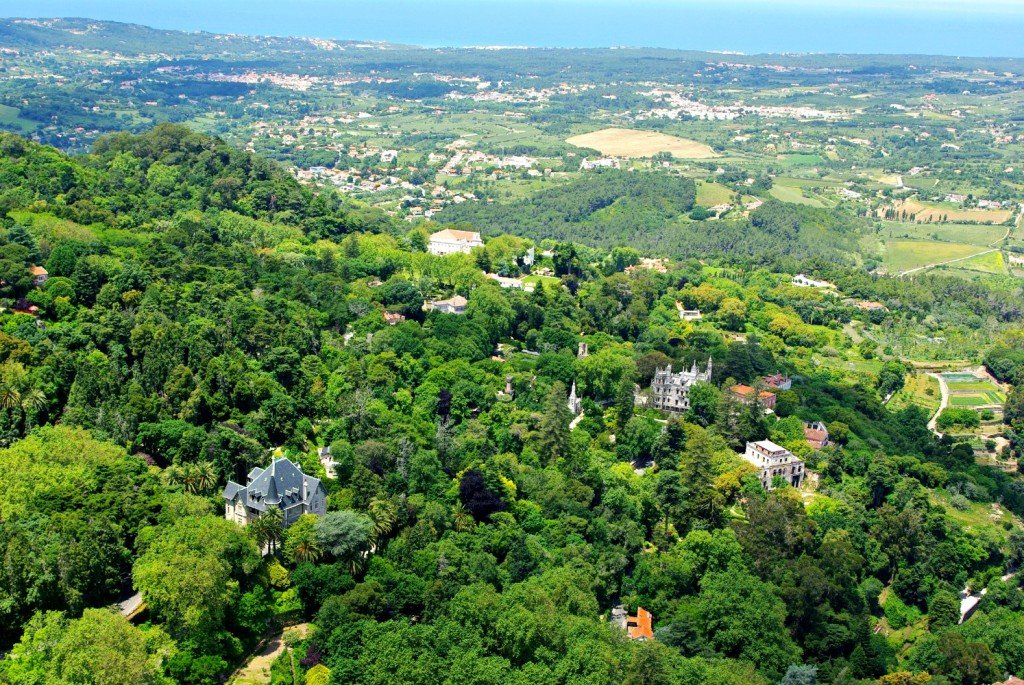 It was easy to indulge in romantic fantasies as we walked the Battlements.  At first it was my own Great Wall of China fantasy, and then I wished myself back to a time when our children were young – when they would have delighted in real “Castle and Knights” games, previously played with plastic castles and figurines. It was that kind of place.

The views were by far the best of any castle we had been to, and the walls seemed to go endlessly onwards and upwards. 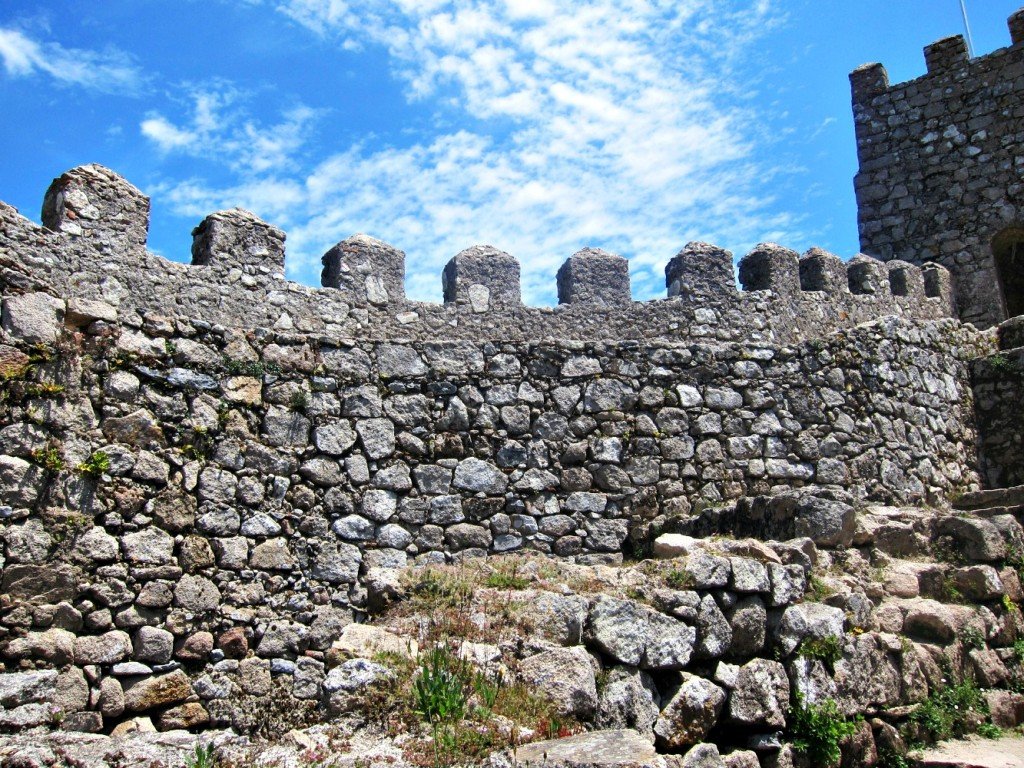 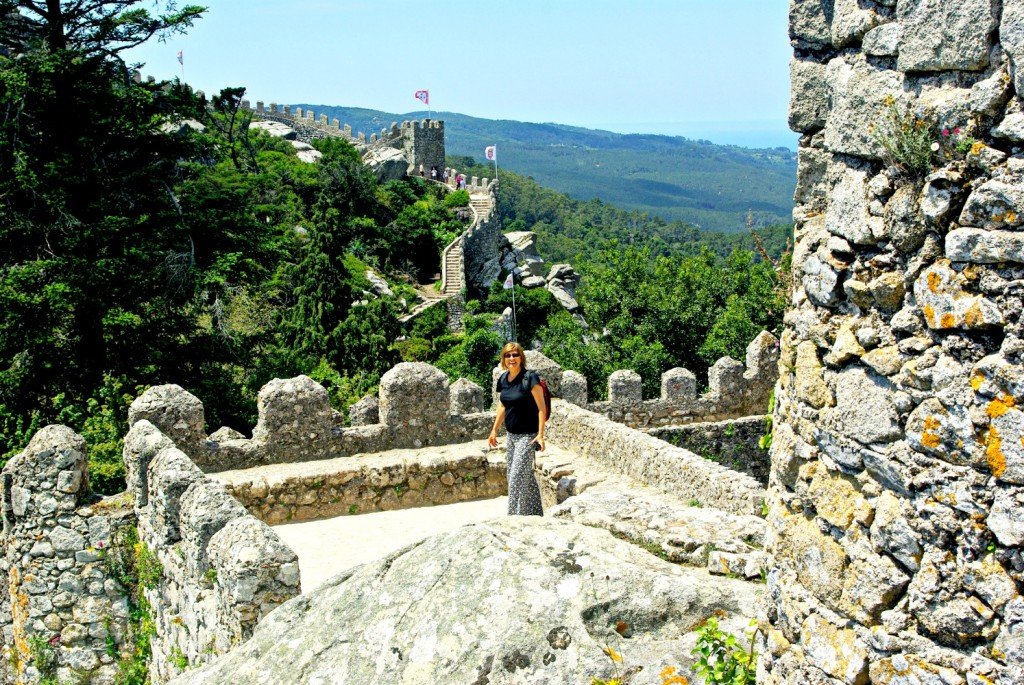 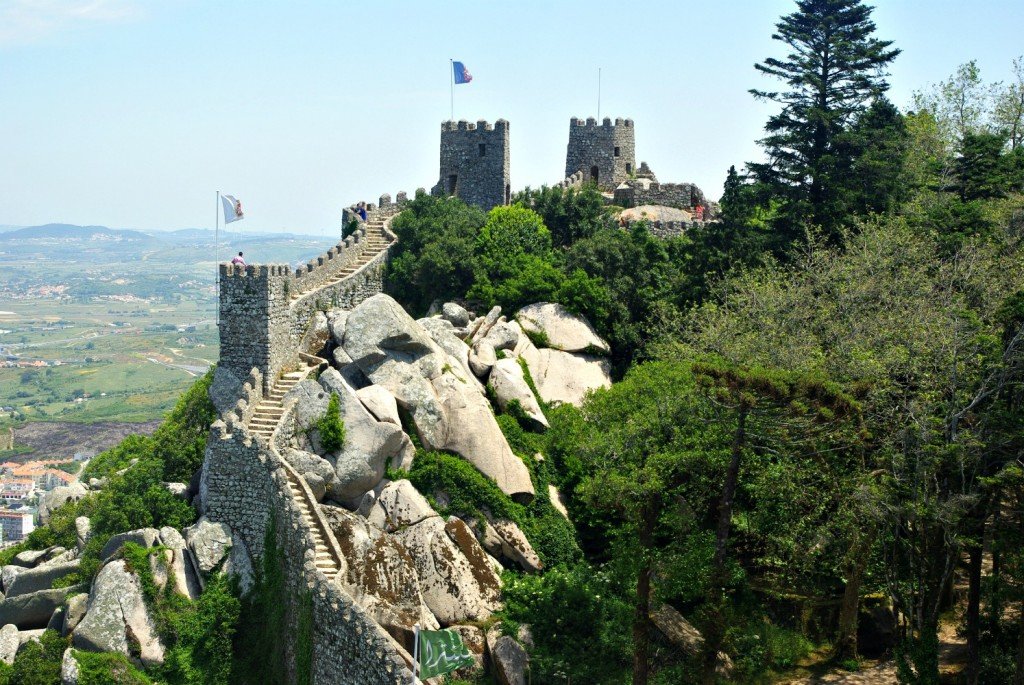 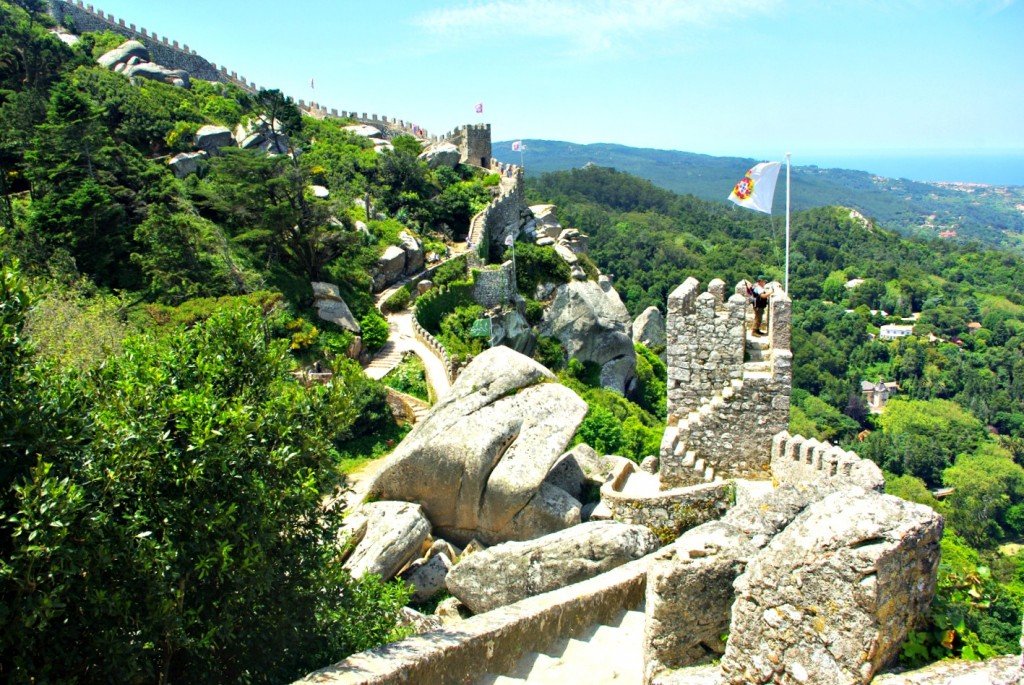 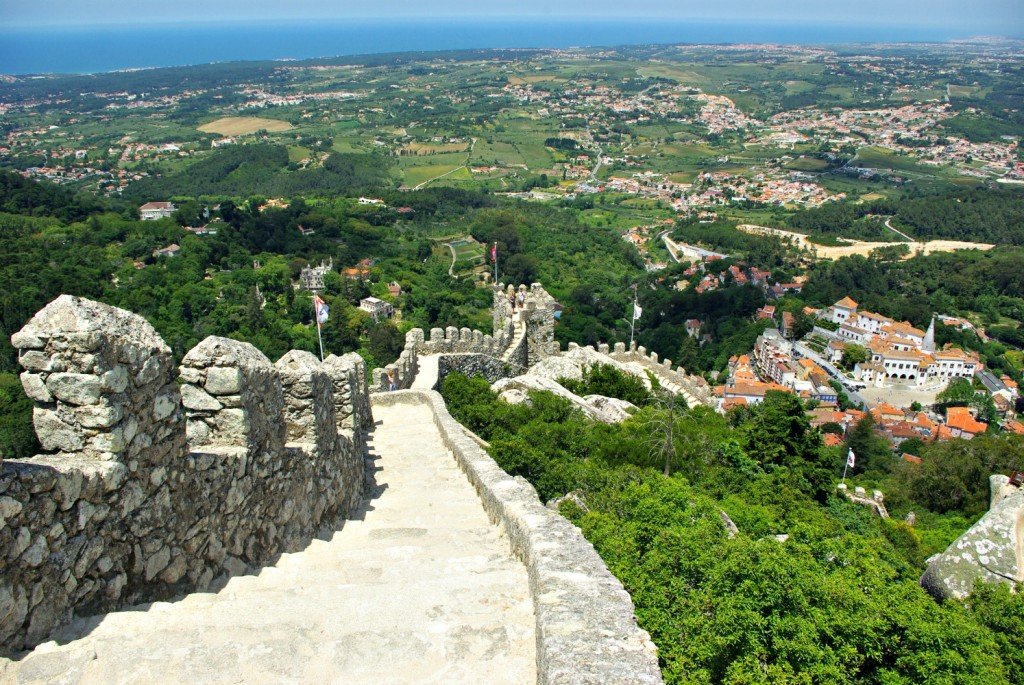 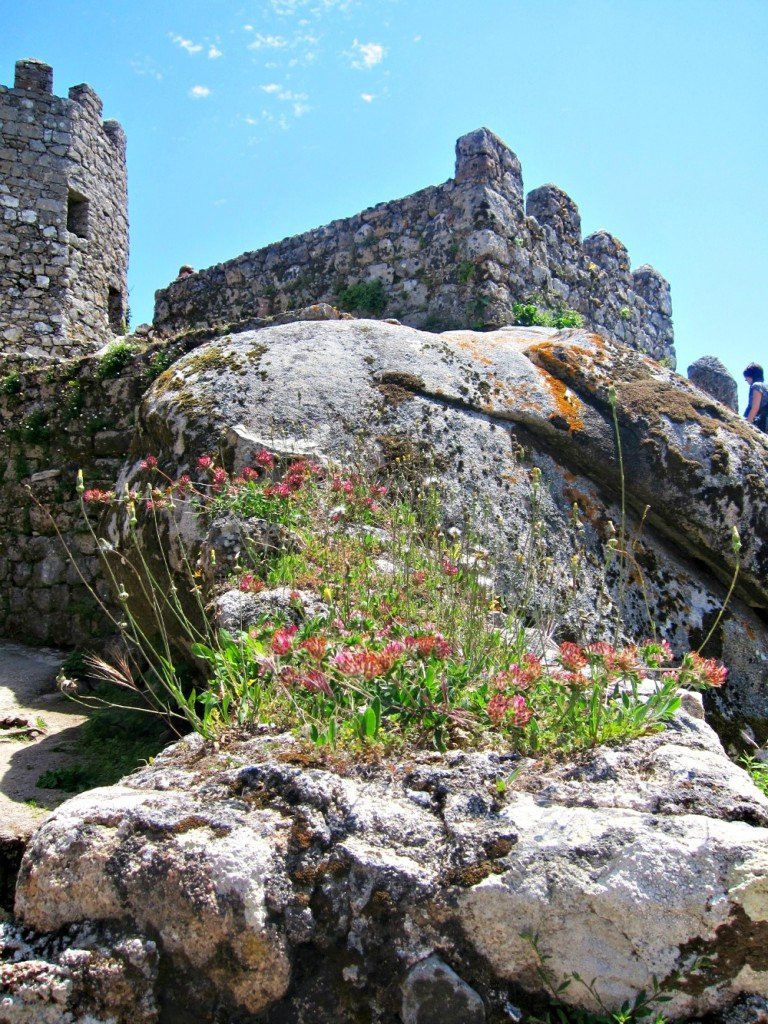 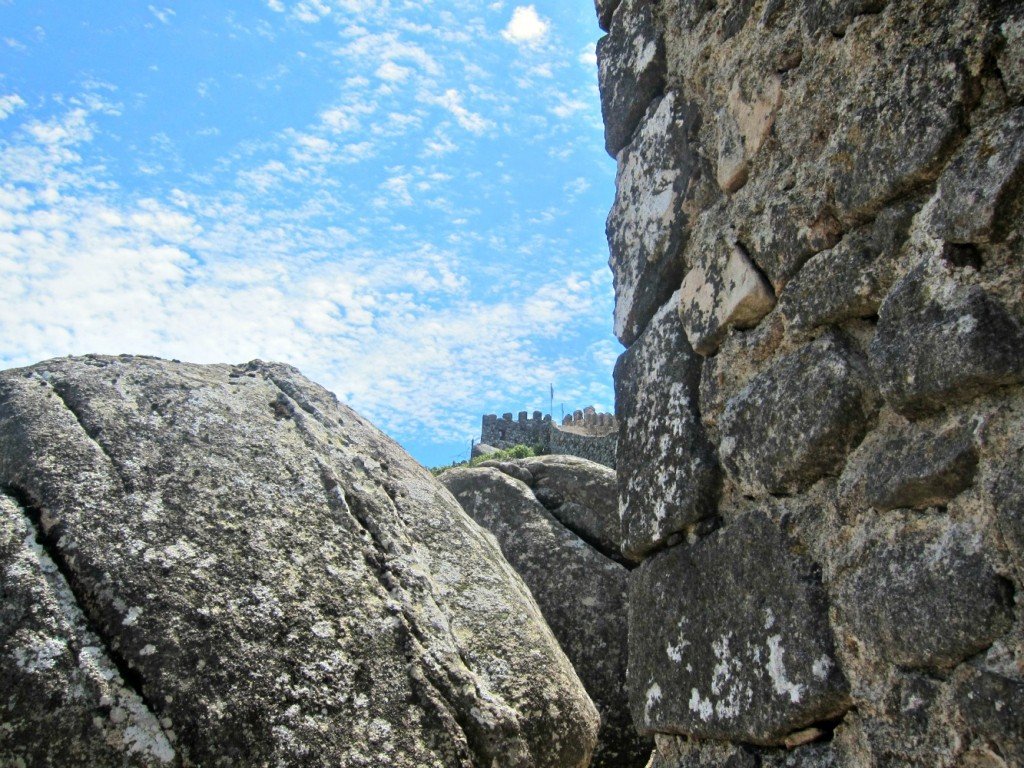 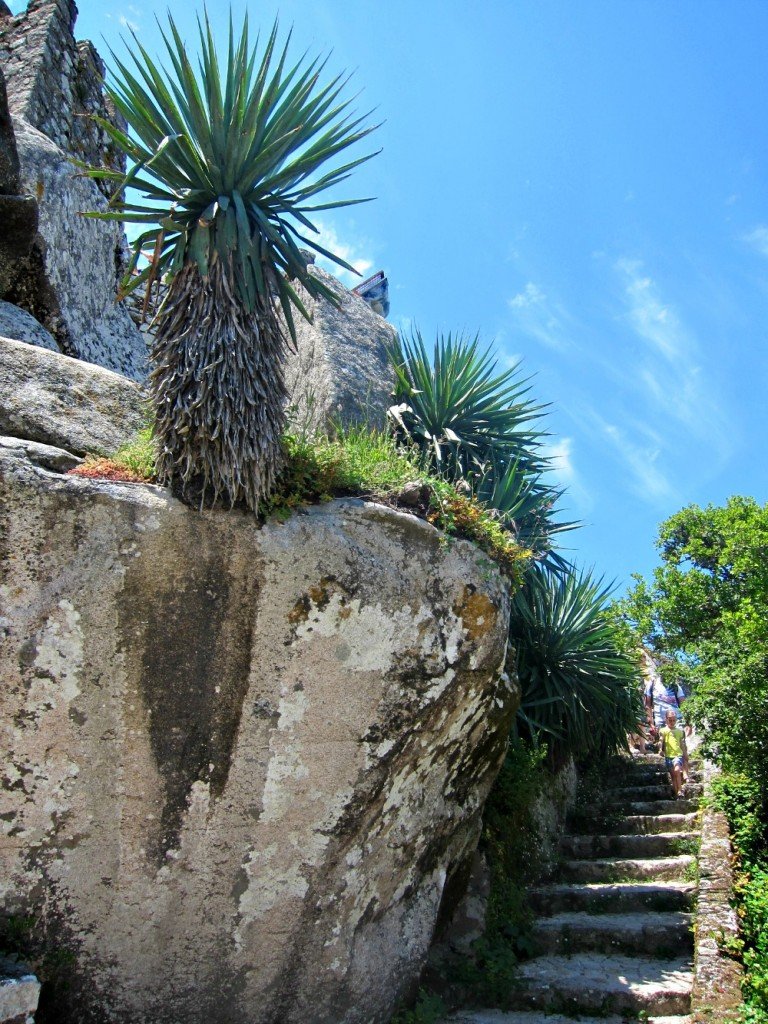 Archaeological Excavations within the walls. 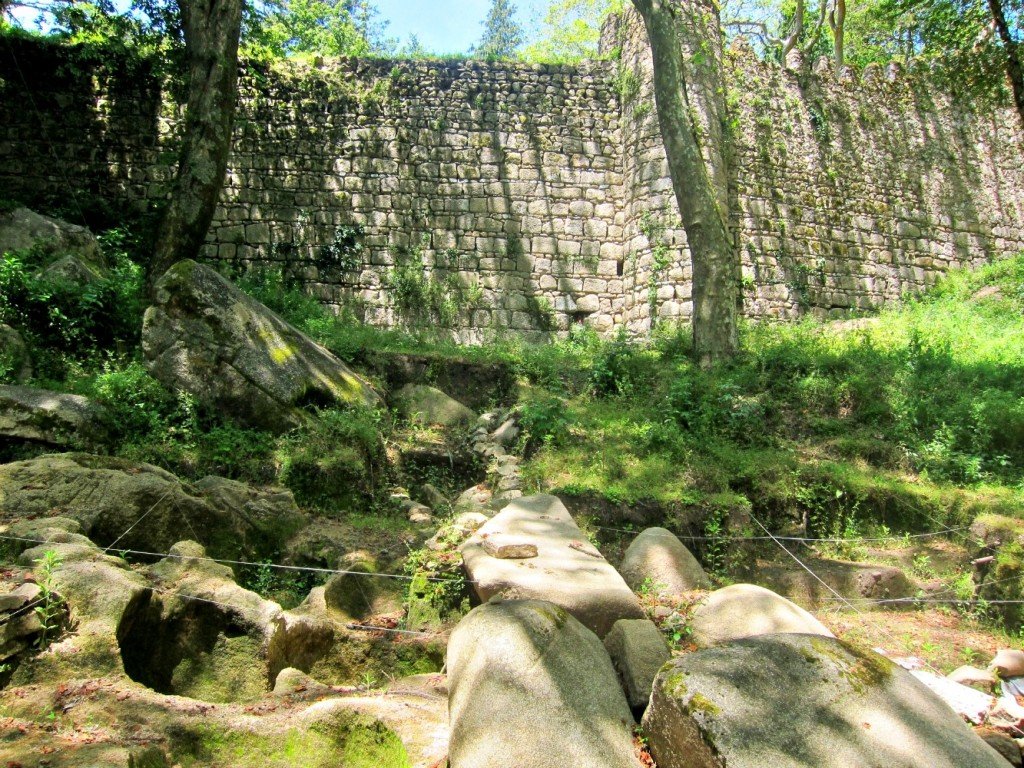 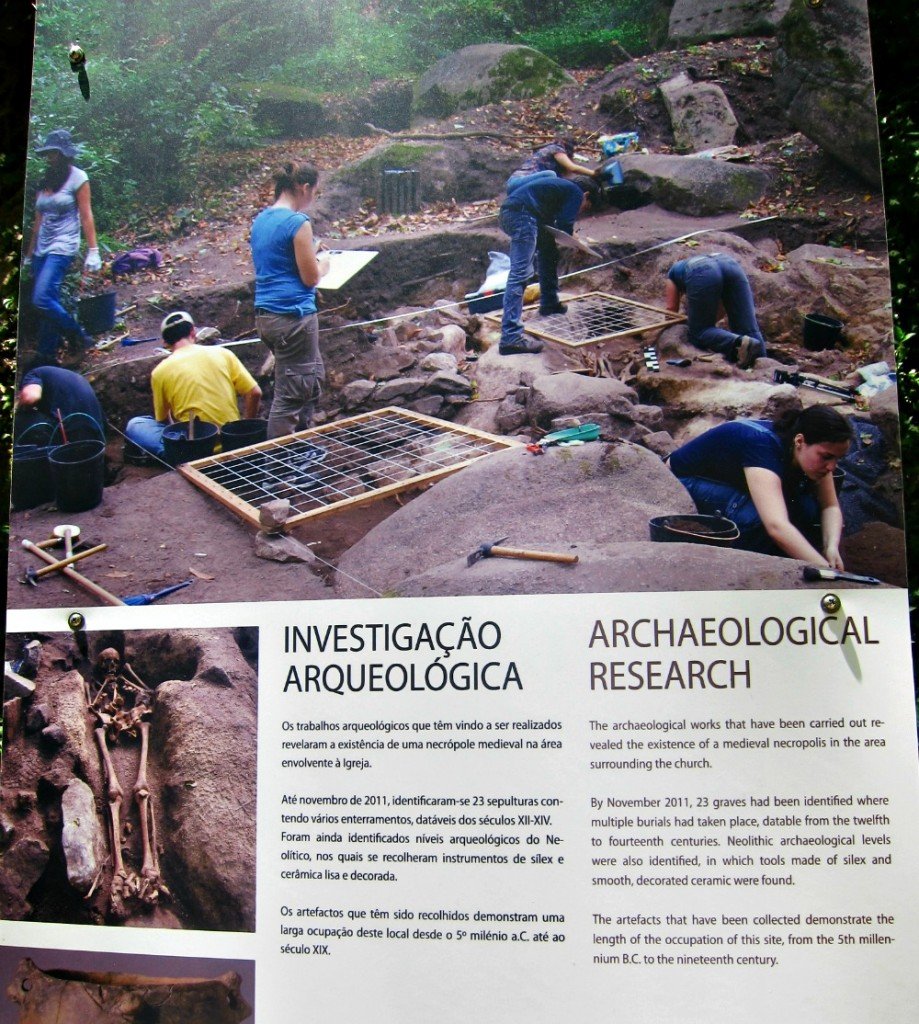 Previous Posts on this Subject:  THE JEWEL IN PORTUGALS CROWN IS…SINTRA and  OLD SINTRA TOWN,

Join the fun over at  BUDGET TRAVEL TALK’S FACEBOOK PAGE.

Tuesday in Townsville – Lest We Forget – 25th April
Next Post: Fantastic Friday: Join me for Coffee with a View