Our alarm rang at the totally un-Roman time of 6 a.m. with the Taxi arriving promptly 50 minutes later.  A sleepy blanket hung over the city as we said our farewells.

From the rooftop of the apartment where we stood with our Airbnb host, we could look north to the dome of St. Peters Basilica, east to the eternally galloping horses atop the Il Vitoriano Monument and south to a line of majestic pine trees that tower over the panoramic Parco Savello.

St Peter’s dome from our Rooftop and from inside the Basilica. 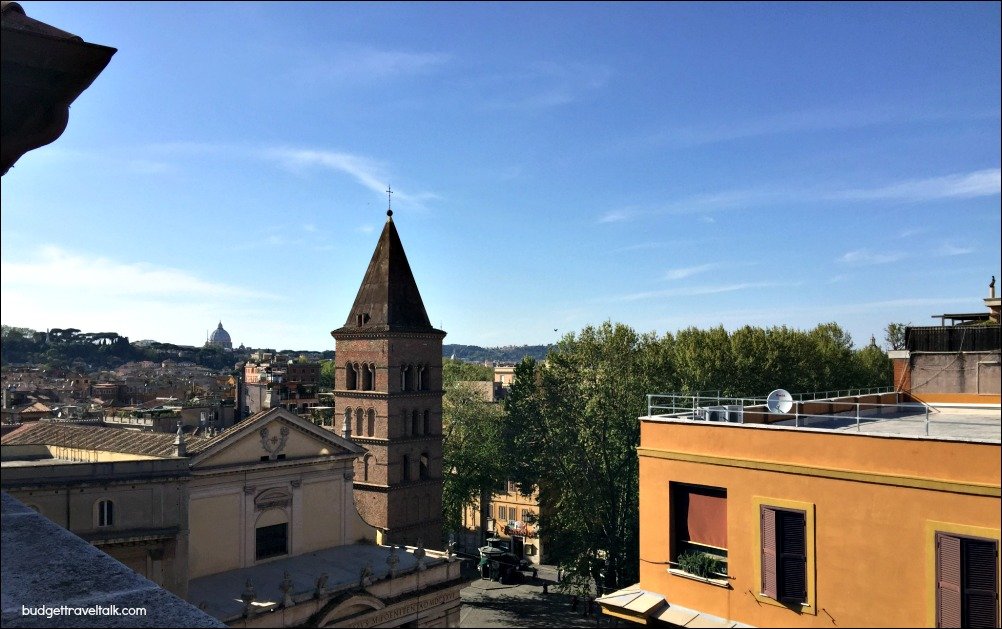 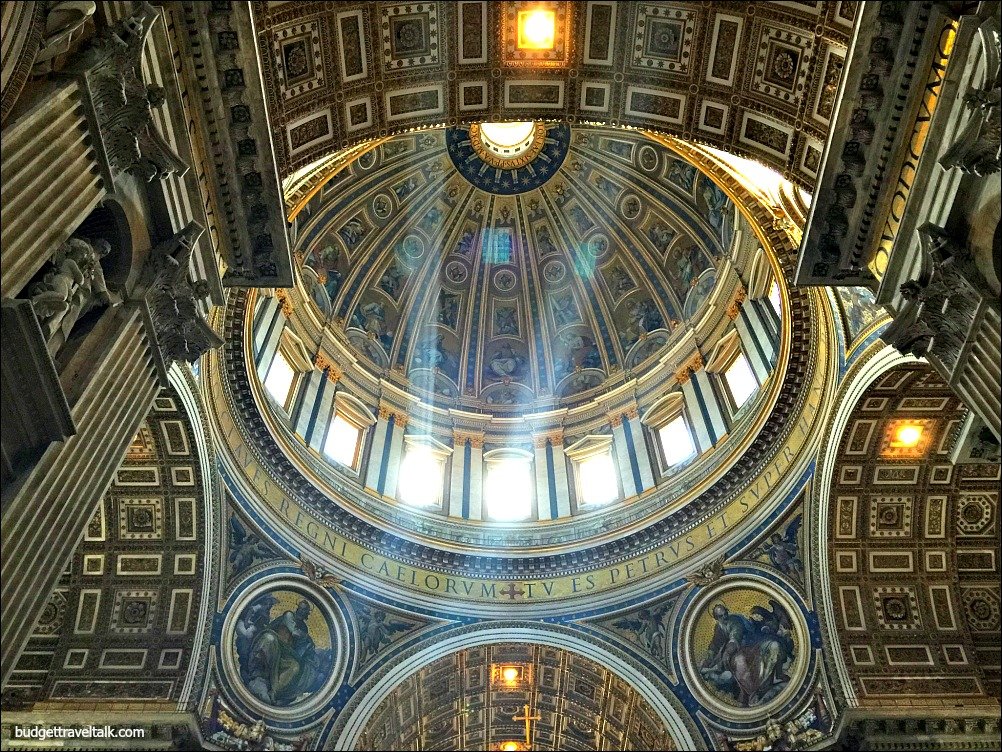 During the familiar but now final rooftop/stairs/lift/stairs obstacle course, I decided I didn’t want to leave – why had I not allowed more time in Rome?

The Distant Il Vitoriano Monument Capitaline Hill and our first close up view. 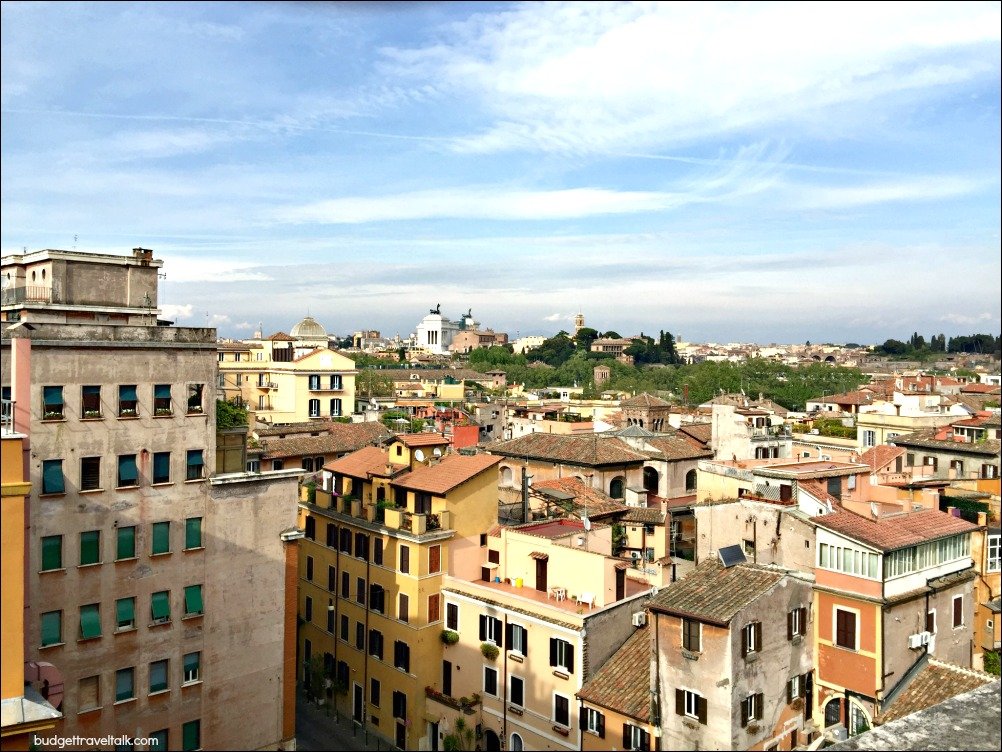 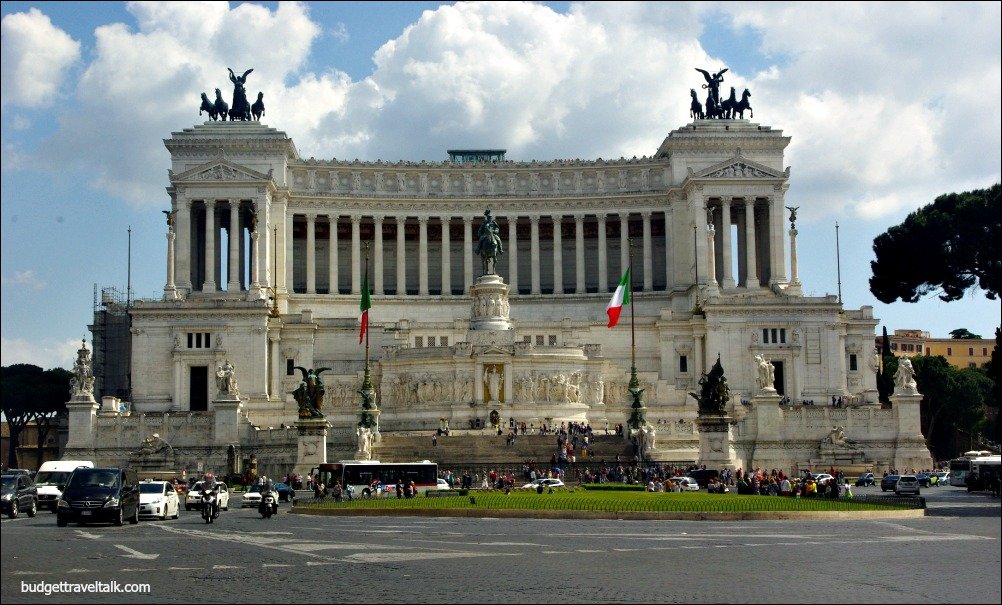 Raffaella reminded me that we were at the beginning of a ten week journey through Italy, Slovenia and Croatia and I shouldn’t be sad. 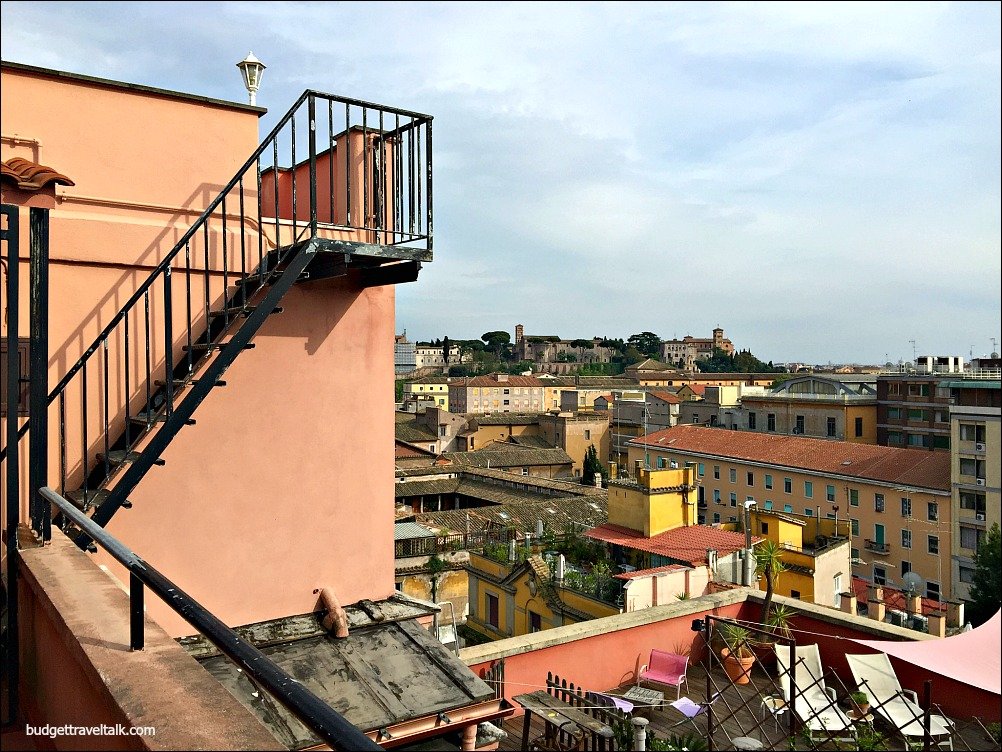 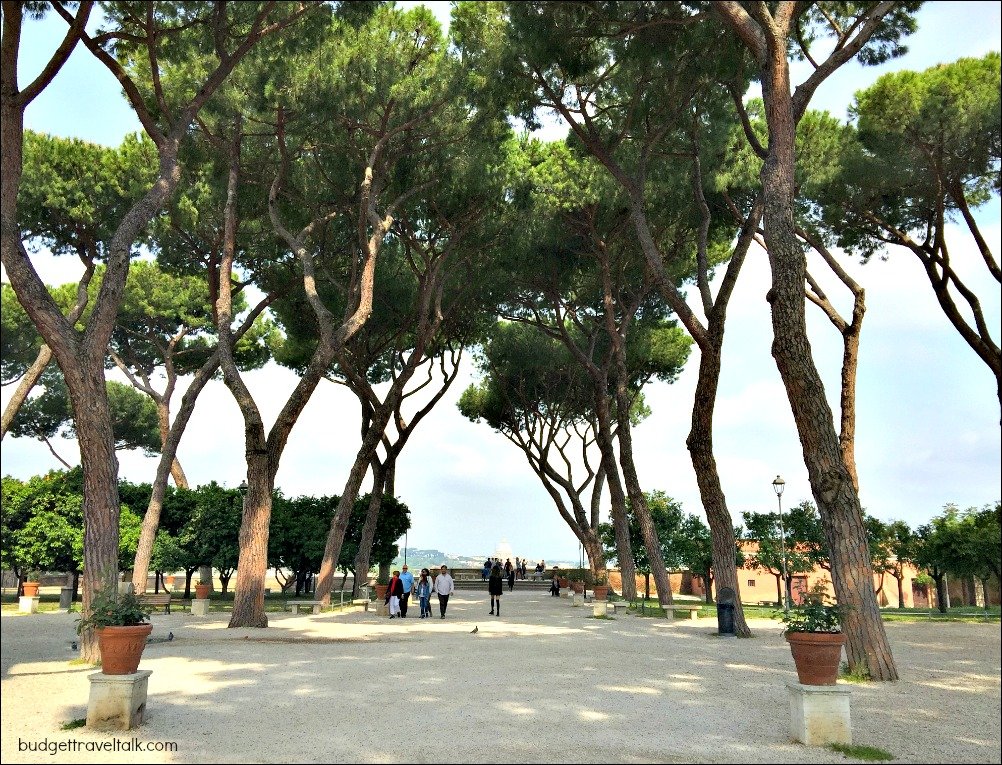 Rome to Amalfi Coast by Train

It wasn’t the ancient Appian Way that led us south, but the packed Italia Rail Intercity 723 train.  The 723 can terminate in either Palermo or Siracusa in Sicily but on this leg we would leave it at Salerno and transfer to boat for the Amalfi Coast.

The country south of Rome was surprisingly green with familiar mobs of brown woolly sheep grazing by the tracks.  Neglected stone buildings, olive trees, and market gardens flashed by in reverse as we talk to two Korean girls on their way to Naples.

At Formio we got our first glimpse of the ocean while low cloud hung over the neighbouring hills.  Rain was predicted for the next two days, but how could we complain after four gorgeous spring days in Rome?

From Salerno Train Station it was a short 10 minute walk to the Ferry that would take us to Positano.

We chose to visit the Amalfi Coast via Salerno as we will be continuing our journey via train to Taormina/Giardini Naxos from Salerno.

Journey Destination Experience and finding the perfect Budget Accommodation
Next Post: Pompei and an unexpected Celebration