Sometimes we find ourselves visiting less well known sights in lieu of the big name places.  In Salerno, Italy, we toyed with the idea of visiting Herculaneum (Ercolano) instead of the Roman Ruins at Pompeii.

But Pompei won the day.

Everyone from shop keepers to travellers are commenting on the amount of Australians in Italy at the moment – maybe leftovers from the Gallipoli Anzac Day celebrations – so it was no surprise when we met a couple from Melbourne on the train to Pompei.  Some Americans sitting nearby on the train offered directions –

Walk straight along the street from the station to the Basilica at Pompei and turn left to get to the ruined city.

When I think of Pompeii I always think of the ancient Roman city destroyed by the Vesuvius Volcano in 79AD,  but there is a thriving modern day city (Pompei) attached to the old.  The modern city has approx. 26,000 people while the old had a population of 11,000 at the time of it’s demise. 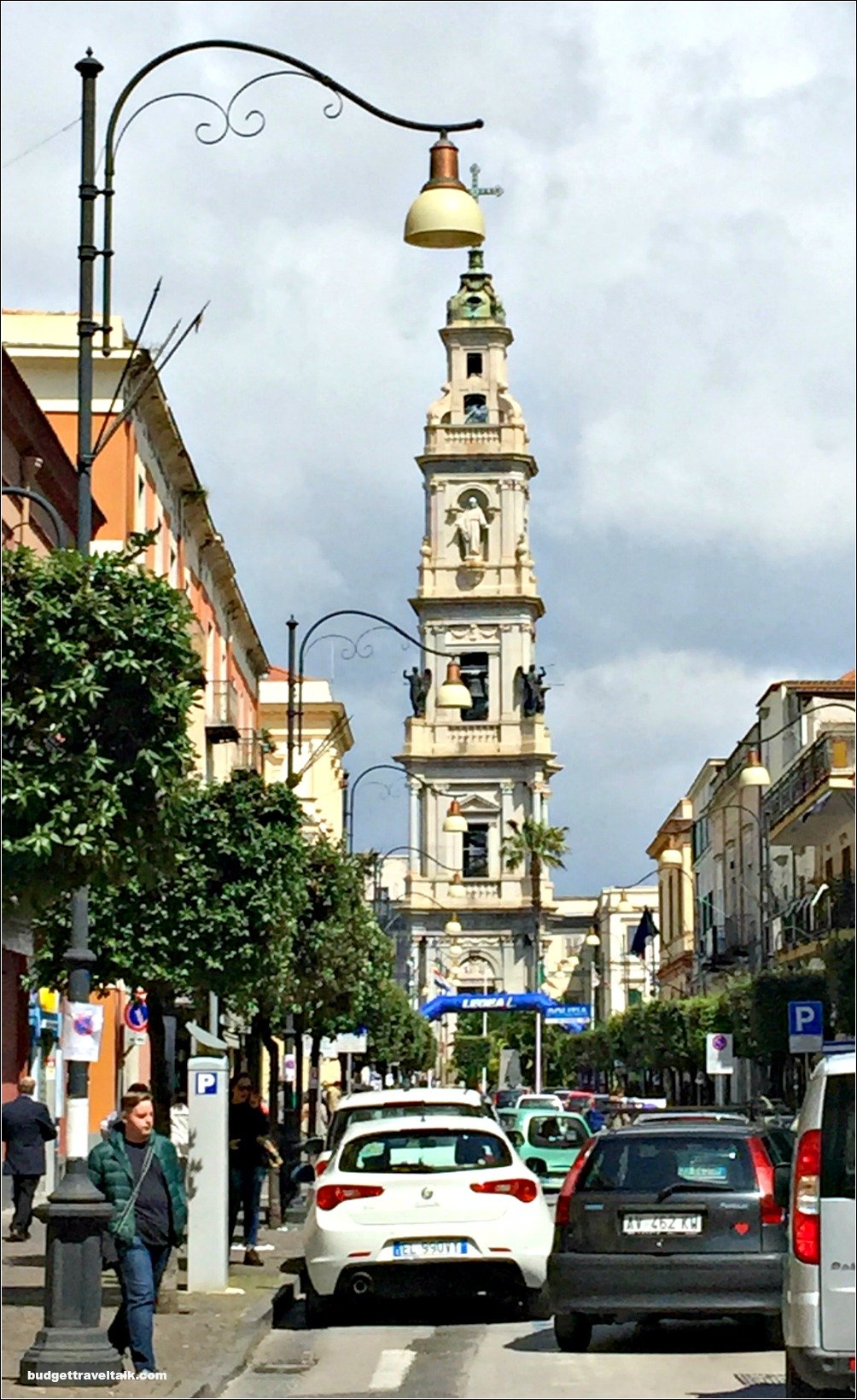 As we approached the Cathedral we could see a celebration was taking place.  Ancient Pompeii faded into the background and we diverted to the Piazza.

Half the fun about finding a celebration in another country is trying to guess what it’s all about.  Could it have been a religious blessing for the community services, i.e. Fire Fighters, Paramedics and Emergency Service Personnel? Our attention was first of all captured by a fire engine with ladder fully extended and two firemen at the business end.  They were poised with a huge floral wreath just beneath a statue on top the church, while in the Piazza below kids were dancing on stage and Priests made speeches and prayers.  Also present were men in orange suits not unlike SES workers in Australia, Police and Ambulance.

Next a white dove was released and while congratulating myself on capturing the moment, I looked up to see that the kids kneeling along the front of the stage had released a whole flock of doves. I wish I had seen that one coming… 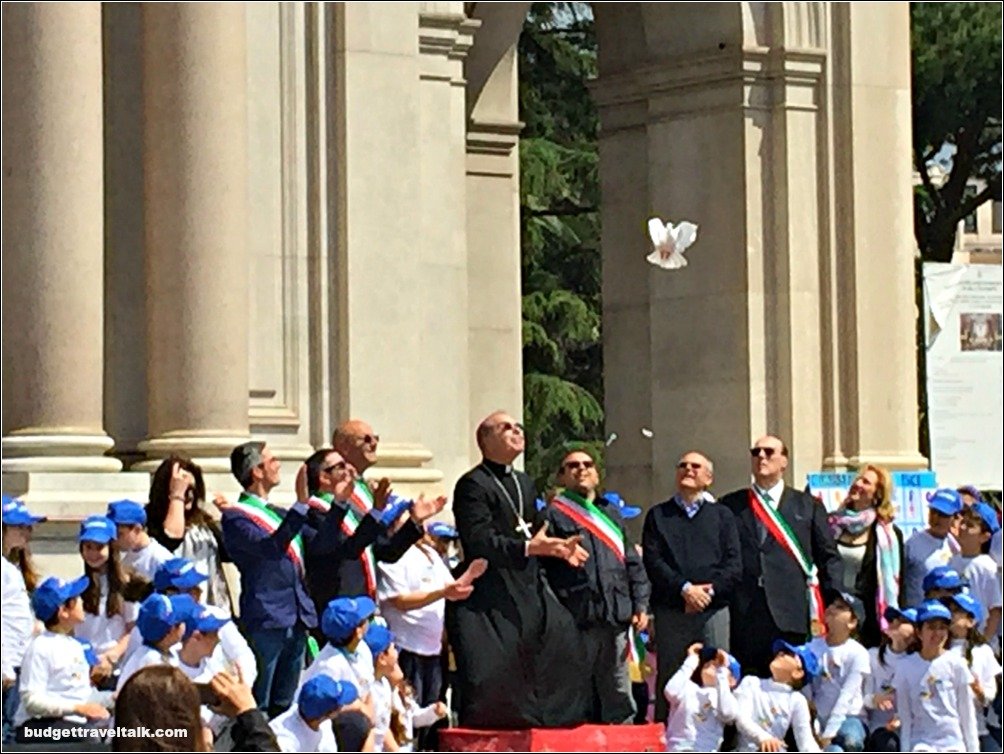 Italians sure now how to entertain a crowd! With the firemen finally attaching the wreath to the statue we turned to leave, only to have flower petals rain down from above. As we wandered down the street to the back left of the Piazza we realized a parade was forming.   There were period costumed flag bearers, three different brass bands and Marching Girls!

A lone parked car stood in the street forcing all the bands and marching girls to divert around it – a minor hiccup and the parade carried on.  We followed along behind and when they turned left, we continued on our way to Ancient Pompeii – the main act.

Pompei can be reached by train from Rome, Naples and Salerno.

The train fare Salerno to Pompei was 2.20 Euro each one way.

The Salerno Ticket Office could not issue a return ticket.

I would purchase the return ticket on arrival in Pompei so as not to miss a train waiting in the ticket line.

Heading South from Rome
Next Post: Sunday in Trapani Sicily