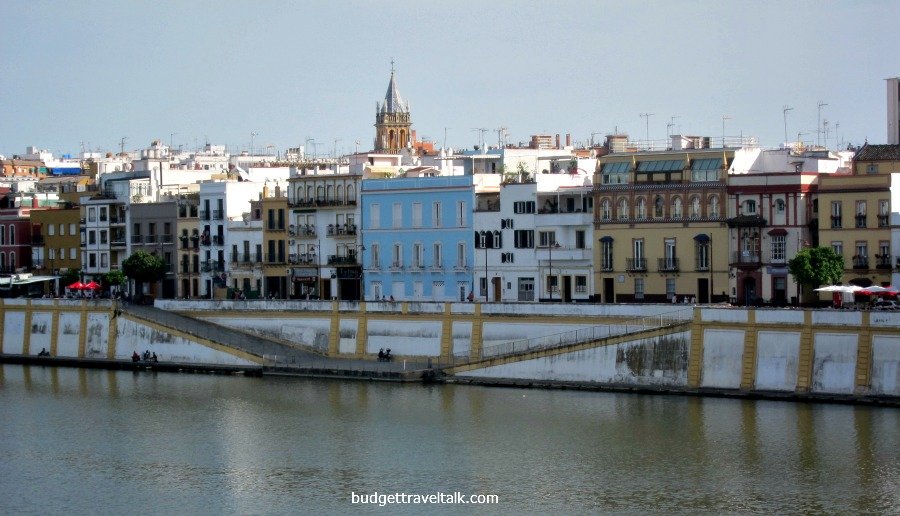 Guadalquivir River begins life in the Sierra de Cazorla  near the east coast of Spain and enters the Gulf of Cadiz through marshy lowlands some 657 kilometers later.  The marshy lowlands are said to hide the hidden city of Tartessos believed to be covered in silt. 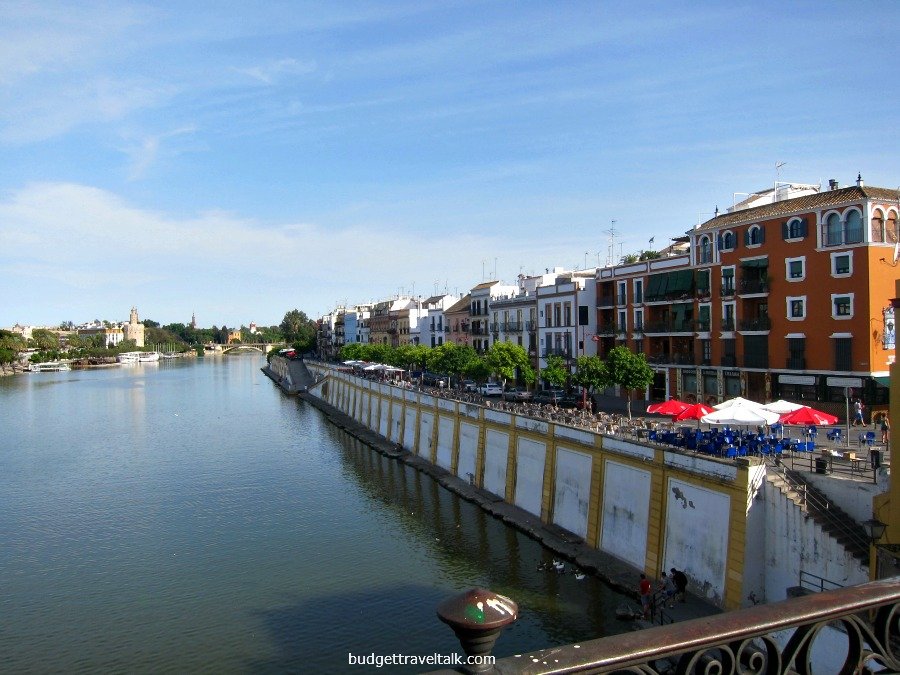 The west bank is a popular place to appreciate the cool of evening.  Seafood restaurants abound and waiters carry trays laden with drinks and seafood across the riverside street to patrons on the riverbank. 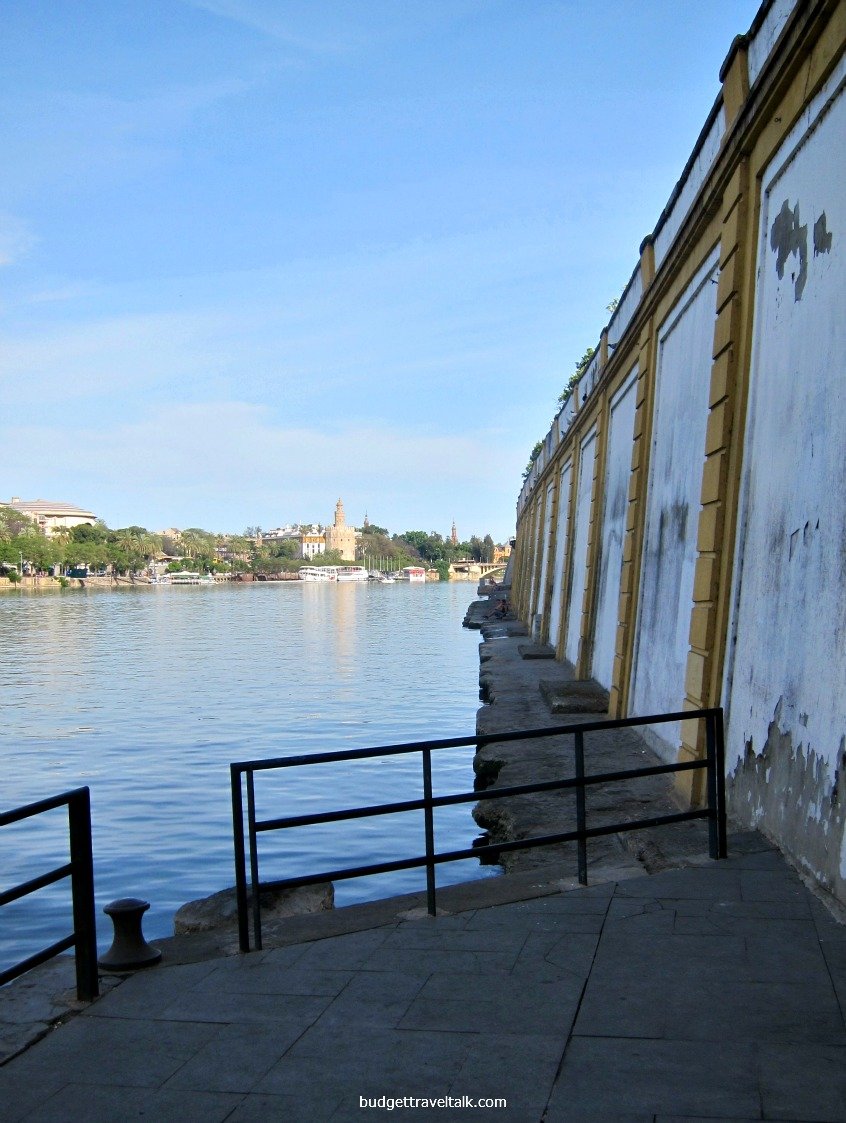 A favourite haunt of fishermen beneath the bridge, and a wonderful place to avoid the sun. 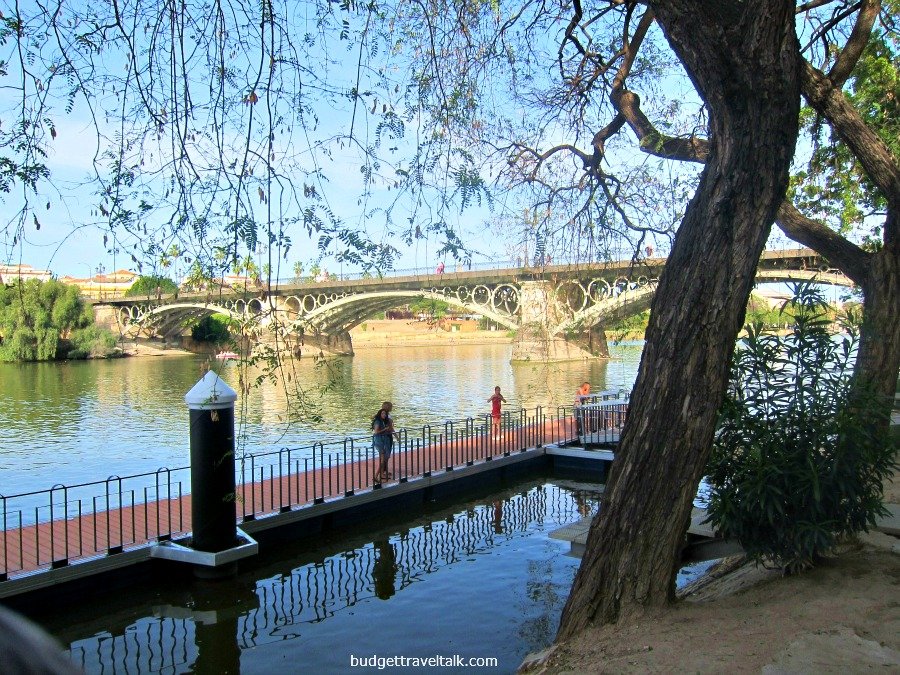 This riverside walk provided a good place to jump into the river – I wished I had worn bathers. 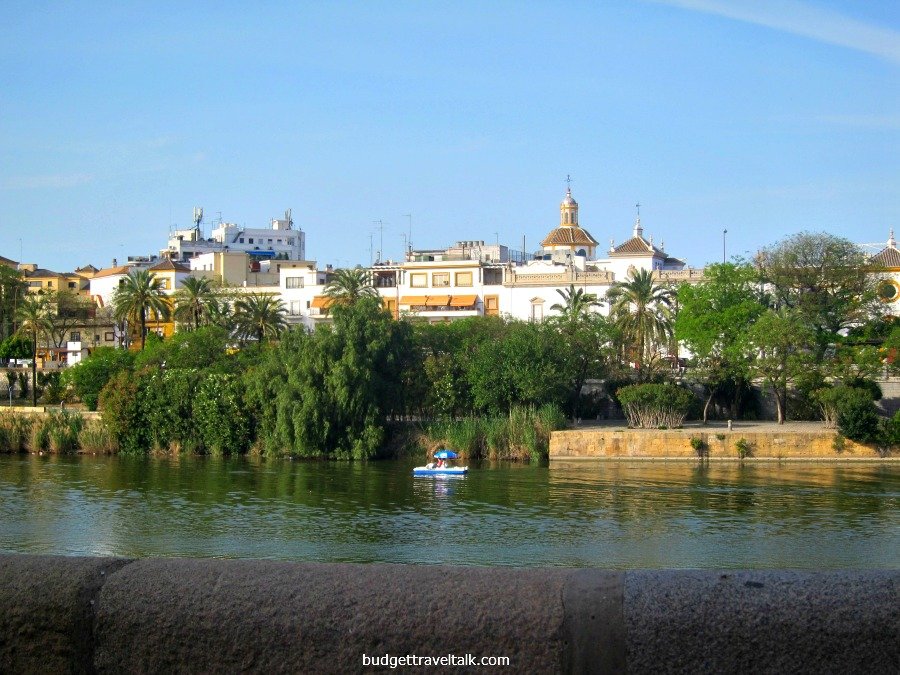 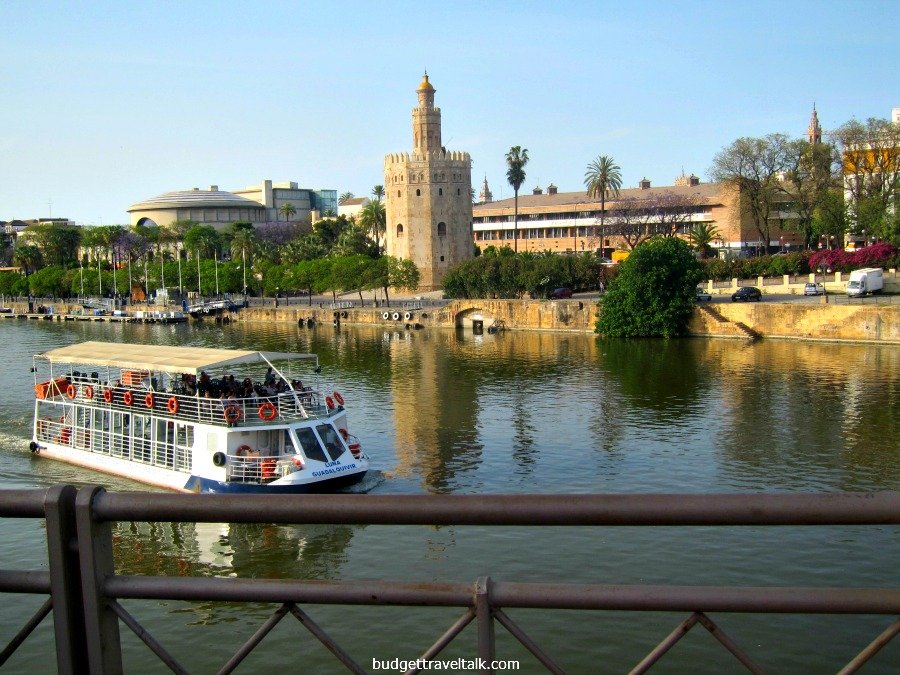 In the centre of this photo is the Torre del Oro, a watchtower built in the first third of the Thirteenth Century to control access to Sevilla by the river.  Also used as a prison in the middle ages, it’s name in English Gold Tower refers to the gold shine it reflects in the river.  The mortar, lime and pressed hay used in it’s construction are thought to  be the reason for the projected gold image.  Within the last two centuries it survived a move to tear it down to widen the road and in 1868 it was put up for sale as scrap.  The locals protested vehemently and this is another case where the Andalucian people have saved a beloved building. 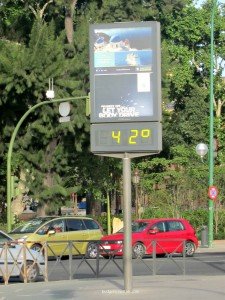 We walked across and beside the river in the hope of finding cool breezes, but they were few and  42 degrees at 7.45 p.m. was stifling.  Locals we spoke to said this weather was totally unexpected and it was not usually this hot for at least another six weeks.  How often do you hear that when travelling?

This post forms part of Budget Travelers Sandbox Travel Photo Thursday.  Click on the link to see photos from around the world.