My earliest memories of adventure reach back to my knobbly kneed five year old self exploring on a hobby horse. They were foremost in my mind when I made another discovery – the ruins of Alexandria Troas Turkey. 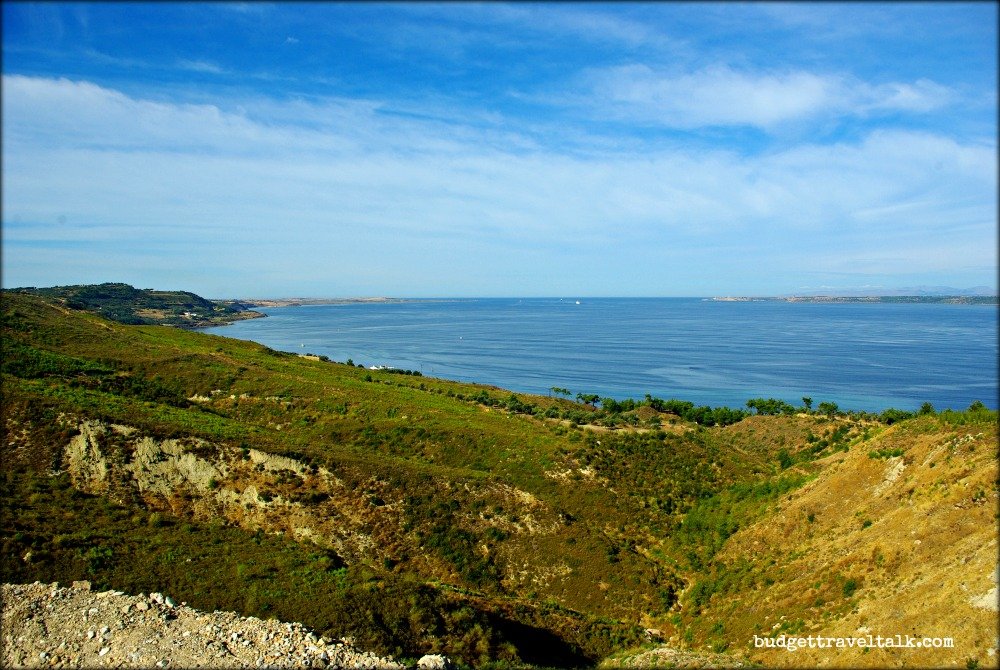 The guinea grass grew tall in the abandoned land on the suburb’s perimeter down near the railway line.  Our hobby horses rode dirt tracks through the grass made by our feet and theirs, with us looking for treasure, staying wary of snakes and as instructed by Mum – keeping well away from the train tracks.

I can still feel the spine tingling excitement. Positive that we would find the treasure so carefully marked on our map and scared silly that we might unwittingly disturb a snake in the grass, although my loud giddy up noises would probably have scared them away.

That excitement resurfaced too many years later, on the road south of Canakkale in Turkey – when I read out loud from our Lonely Planet guidebook:

…the ruins of Alexandria Troas lie 10km south of Geyikli, scattered around the village of DALYAN…the site feels blessedly secret, with rarely another traveller among it’s great grass strewn ruins.

I mentally dusted off my hobby horse and tried to keep a lid on my excitement.

Our car crawled along the mostly deserted road. 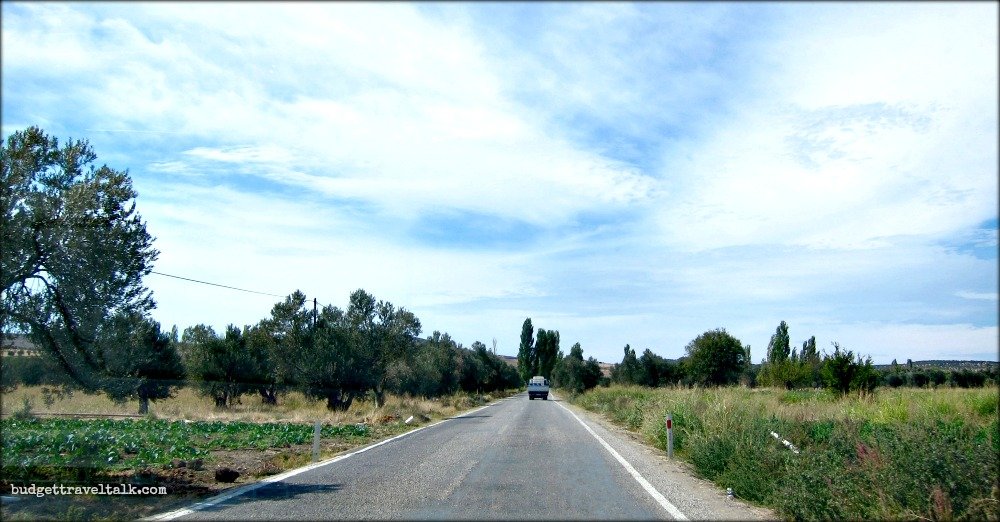 And suddenly there were ruins – mostly on the left of the road – but some on the right as well.  With the car hastily parked, I grabbed my camera – my five year old self once again taking the reins. 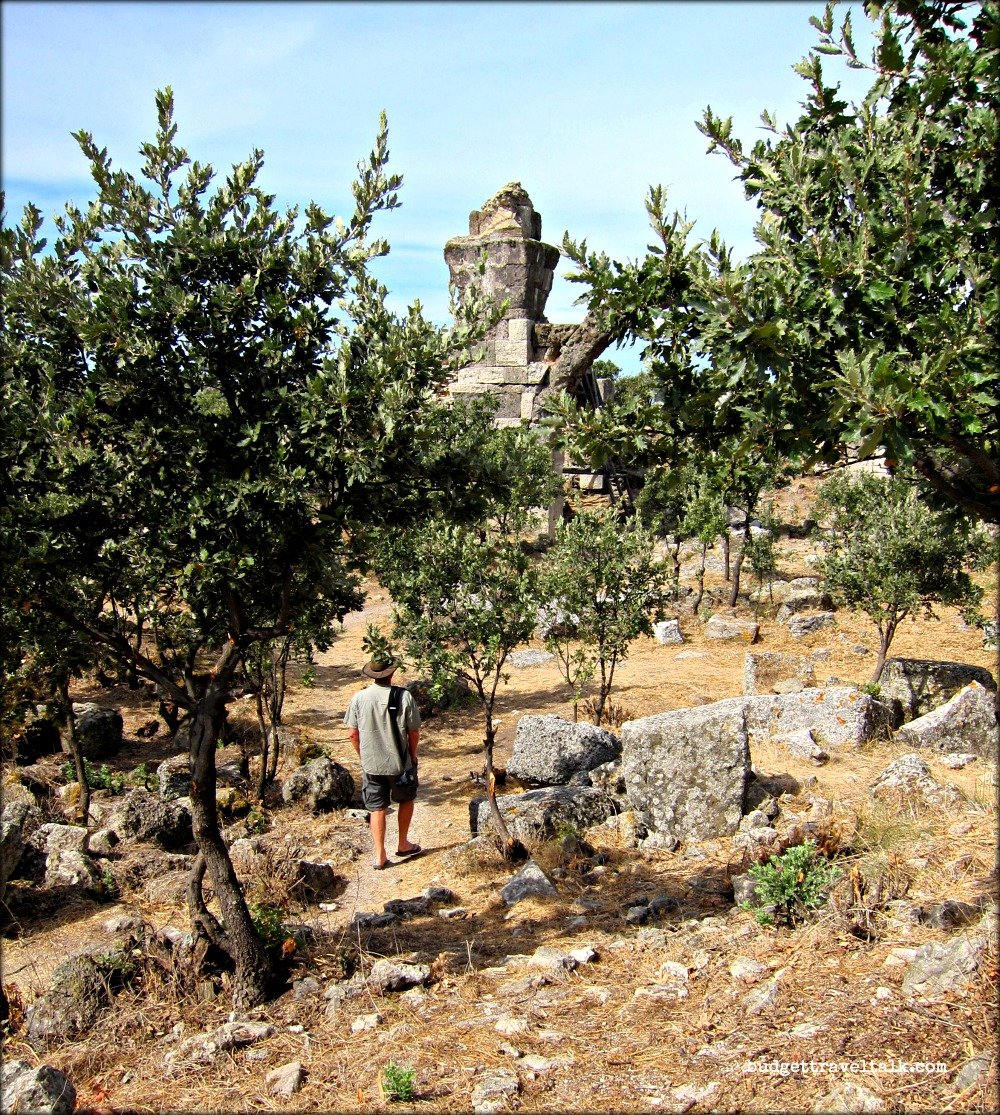 They had not been painstakingly excavated like those of Pergamum, Ephesus or HIERAPOLIS. 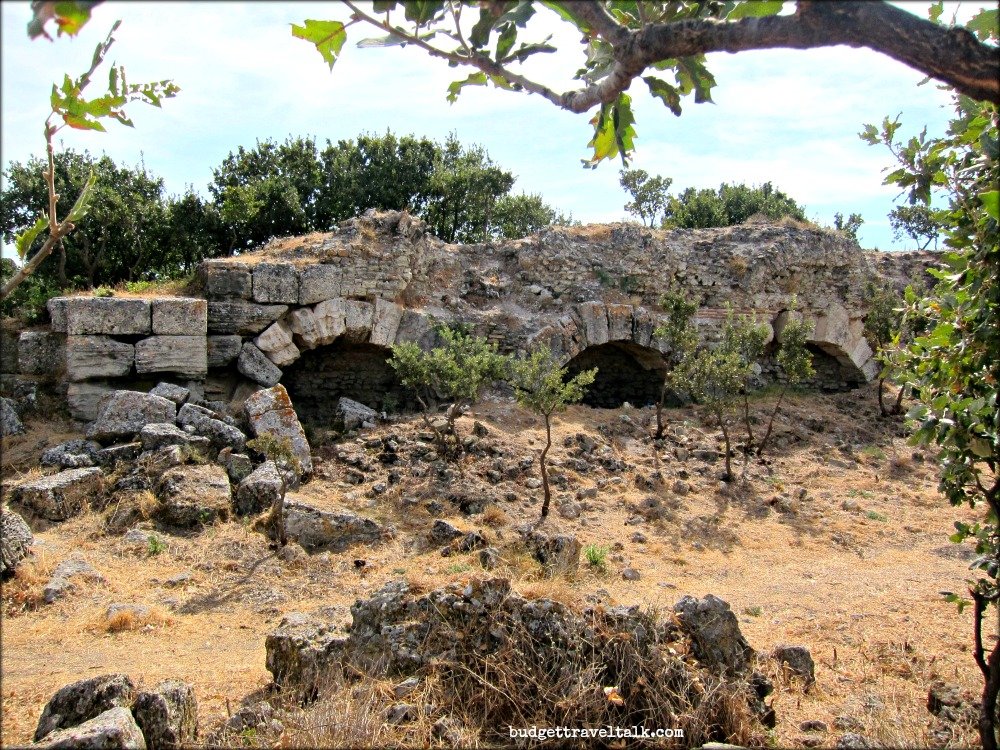 The ruins of the city of Antigoneia, built in 310BC by Antigonus, one of Alexander the Great’s generals, lingered without fanfare, abandoned in an olive grove, on a back country road in modern day Turkey. 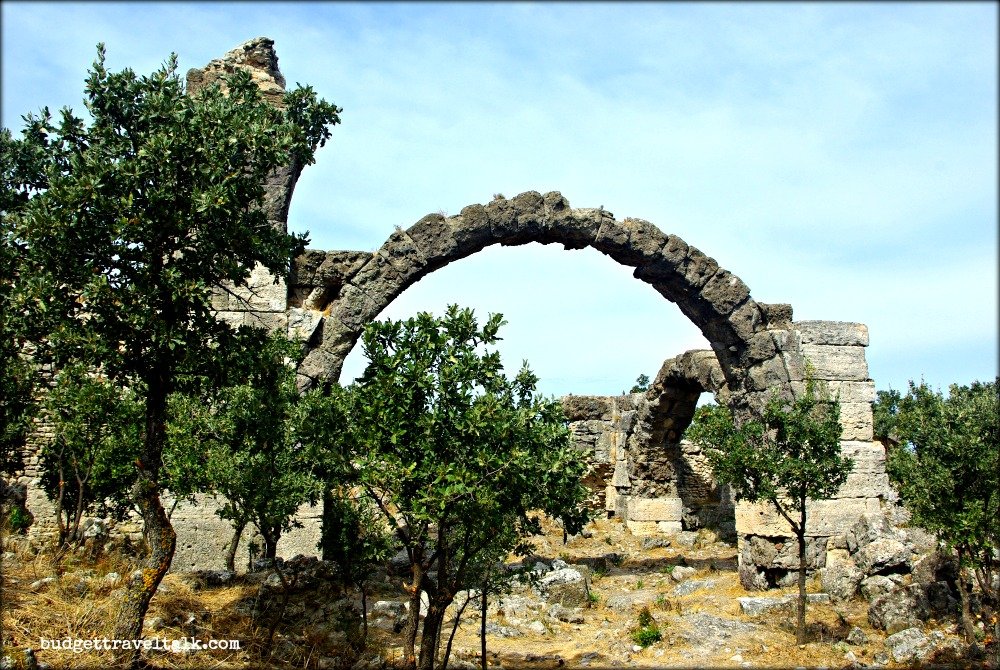 Climbing onto the ruins we found a view of Bozcaada Island – those Grecian/Romans loved a good view. 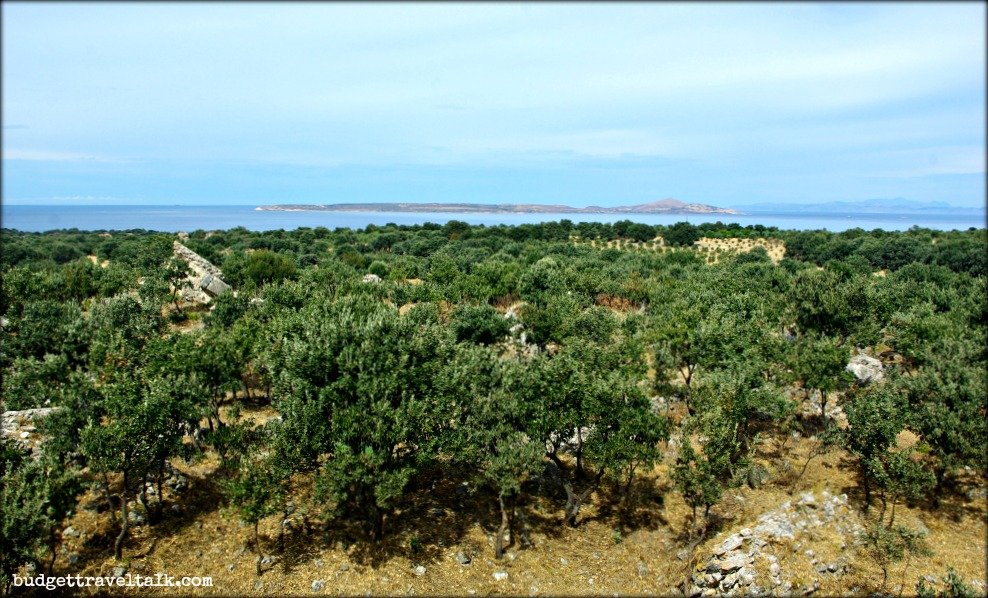 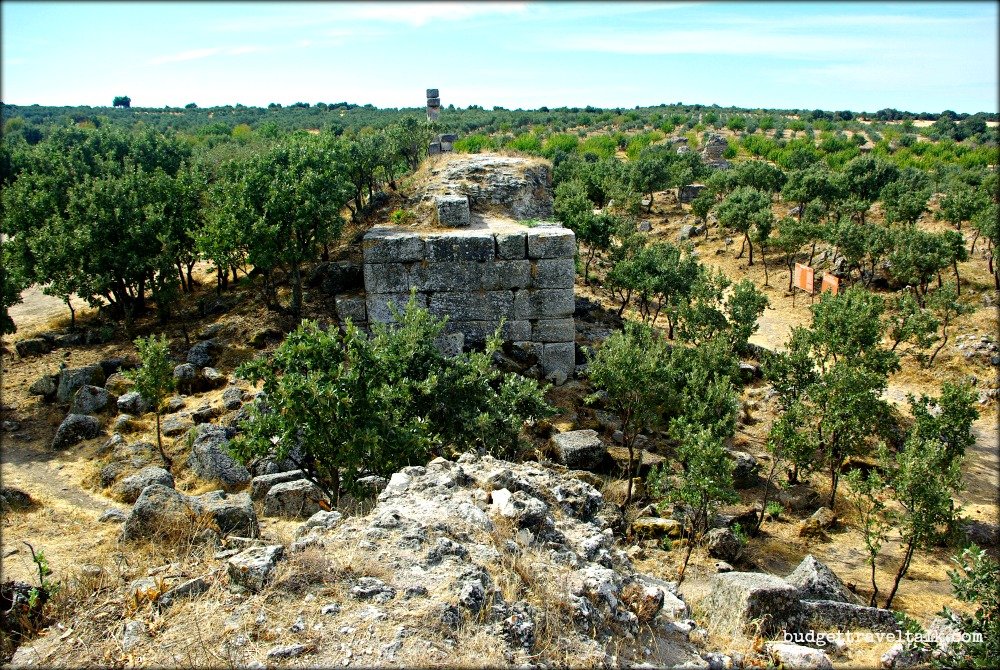 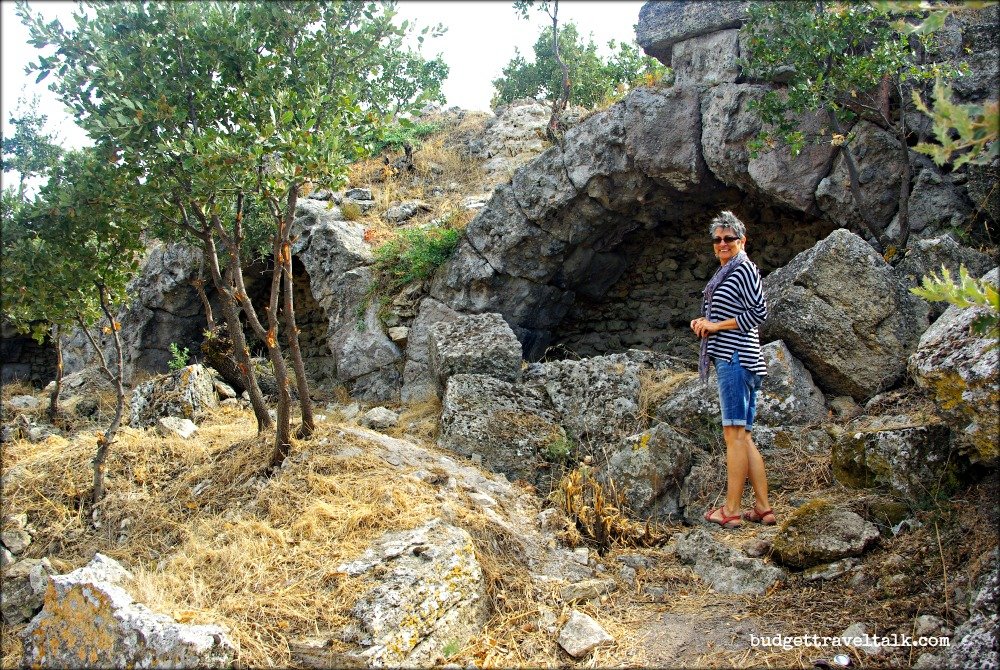 Our first Turkish ruin find and we were gloriously alone with the discovery – step aside Columbus.

The ruins of Alexandria Traos do indeed… lay scattered in the fields around Dalyan.

I never gave snakes a thought in Turkey but it seems they do have 45 species, 10 of which are poisonous.  My research since has shown that it is quite uncommon for people to die from snake bite here so forget I even mentioned it.

Have you experienced the adrenalin rush of a discovery of your own?

Things to do in Canakkale Turkey gateway to Gallipoli
Next Post: Tuesday in Townsville Taylors Beach Road Trip and Mini Break