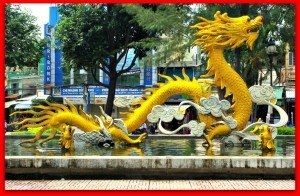 B.H. and I have been known to throw the odd Chinese New Year Party.  Last year the first date I suggested was rejected by 75% of the invitees with a differing 75% of invitees rejecting second and third dates as well, where-after my mathematically challenged brain, gave up on the percentages and put it in the too hard basket.  So that New Lunar Year did arrive, but without the fanfare of a certain little back yard party in North Queensland.

After the confusion of the previous year’s multiple phone calls, I wised up and sent one email to everybody inviting them to a Bring a Dish Tet Party on 10th February, 2013.

In a stroke of brilliance I included a link to Vietnamese Recipes, and the  “Get out of Jail Free” card –

Any Asian Inspired Dish will do, nobody will know the difference.

You might think this last statement was a little far-fetched, but I assure you it is totally realistic.

Our town of 200,000 residents, does not have one – not one – Vietnamese Restaurant (an opening exists here people).  So you see nobody would know if it was Vietnamese or Nepalese for that matter (we most definitely don’t have one of those).

A delve into the decorations box, produced Chinese signs prepared in earlier years offering Harmony, Money, Love, Luck, Longevity, Happiness, Prosperity and Good Fortune.  But what I needed were some real true Vietnamese decorations.  Soon I became a well known figure stalking the aisles of Asian Supermarkets, on a quest for all things decoratively Vietnamese. 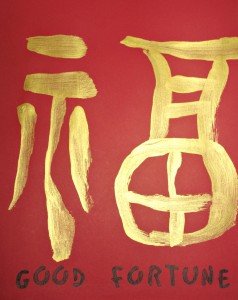 The first shop owner scoffed at my enquiry-

“NO NO!”  as if I was being totally ridiculous.

Resignedly I left with a variety of Chinese Lanterns in my shopping bag.

Subsequent shops and multiple visits later I had acquired 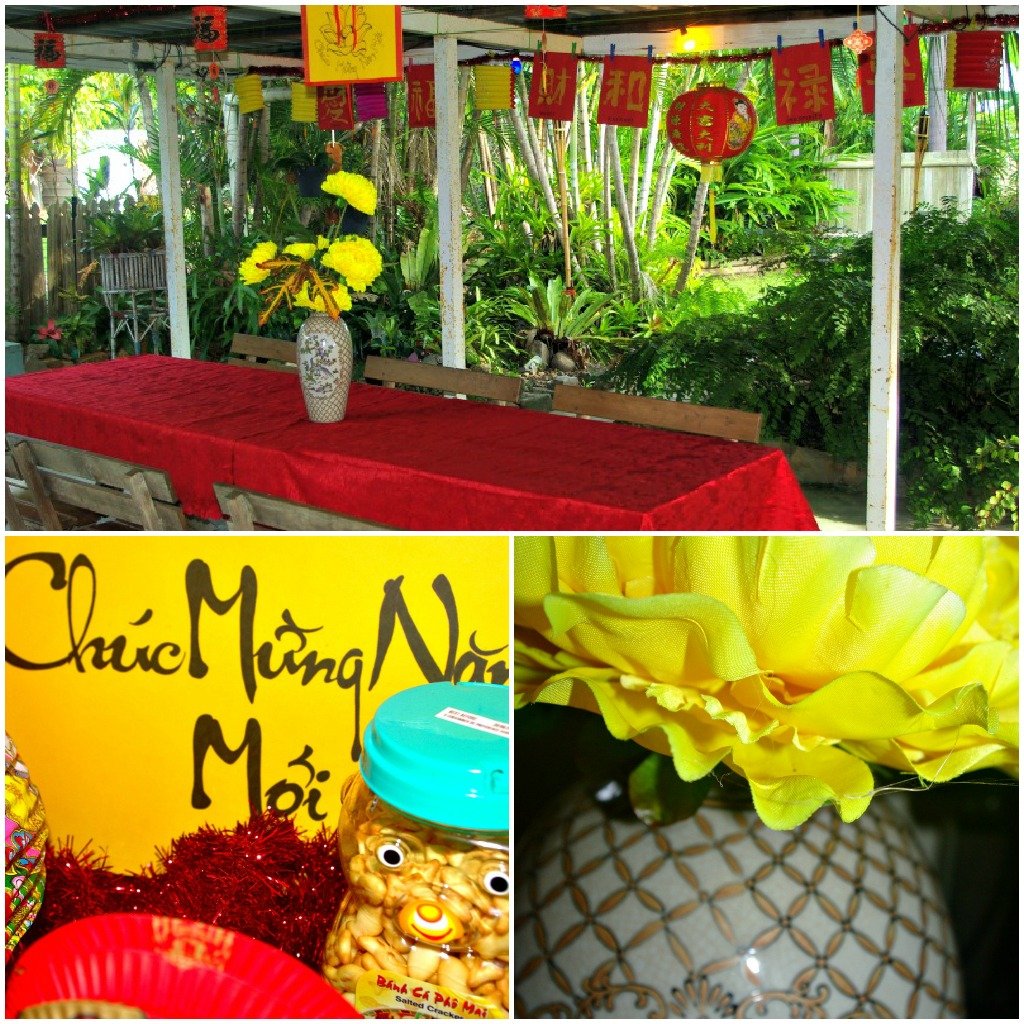 I pounded pork and fashioned pork balls or Nem Nuong  to compliment my purchased food items, and prepared Nam Dong Co Tiem Ga (Steamed chicken with mushrooms) as my main course offering.  I happen to know this is a real Vietnamese dish because I saw Luke from Luke Nguyen’s Vietnam T.V. series,  prepare it in the Mekong Delta.   So Lucky I didn’t prepare Banh Gan (Coconut Creme Caramel) for dessert because I saw a photo of the REAL VIETNAMESE VERSION afterward and it looked nothing like the one I had proposed.

So I took my own advice and served up glasses of ice-cream layered with pureed peach and mango, and no-one batted an eyelid as to it’s authenticity – or maybe they were just being polite?

In desperation I lamented to Barbara from The Dropout Diaries and SAIGON STREET EATS fame about my lack of strictly Vietnamese decorations and she assured me I was being totally authentic as they use Chinese decorations in Vietnam as well (who would have thought).

How nice was that?  However I took on board her suggestions of lots of yellow flowers and calligraphy – Chuc Mung Nam Moi – signs.   Budget Daughter who has artistic talent (B.H. and I have none, but we’re claiming her anyway) was conscripted to do the Calligraphy and she fully delivered. 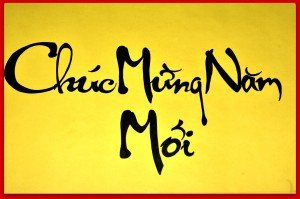 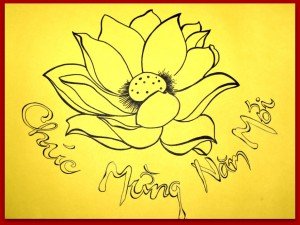 In typical Australian style the Tet party coincided with a Rugby League Indigenous vs. All Stars game so the big screen (B.H.’s idea) and leather lounge (My idea) were dragged outside into the fray.  The power kept dropping out because everyone had bought their Asian Offerings in electric woks and pans.  This led to much good-natured ribbing about the authenticity of our numerous and dodgy power leads.

By this time I was unfazed, as three light beers had worked their magic and I was in swapping stories mode, seated on the lounge with friends newly returned from Vietnam, while hogging the draft from a cunningly placed pedestal fan.

It was one of the best Lunar New Year parties yet, with everyone talking over the top of each other and the football match, which had finished before I even thought of venturing off the lounge to ask the score.

So we welcomed Mr. Snake loud and long, and I would have shaken his hand, but we all know Snake has no hands.

How did you celebrate Tet?