The Town of Foca.

In 600 BC Foca was an ancient Ionian Greek City called Phocaea.  The buildings that inhabit the town and line the waterfront are Ottoman Greek houses built using the methods of the Greek stone masons.  Named after the seals basking on the close by Siren Rocks, Foca is guardian over the descendents of those seals who are nowadays an endangered species. Two Hundred Monk Seals, representing half of the world population, live offshore between Turkey and Greece.  From early May to the beginning of October, boat trips leave the harbour every day at 11 a.m.  visiting the islands and Siren Rocks.

Seventy kilometres north west of Izmir on the East Coast, Foca is where Turkish families come to enjoy a seaside holiday, but a 300 bay Marina is underway in an attempt to lure visitors from further afield.  The town area is under strict environmental protection which even extended to the water pipes.  The old pipes can not be replaced which means switching to an alternate water supply when they need repairing.

Having left ISTANBUL only a week before, it was admirably easy to navigate our car to the aptly named Siren Pansiyon.  This tourist friendly town saved our sanity by having Pansiyon names listed on the street name signs – ingenious.  Siren was a friendly budget pansiyon with a strong no-nonsense Greek feel to the rooms.  The colour scheme was white on white and our side balcony had views of the water only 60 metres away.  Within minutes we had checked out the even better rooftop views and met a mother and daughter from Germany, who had been visiting Foca for 40 and 20 years respectively!  Breakfast could be ordered and served on the rooftop or guests could use the kitchen to prepare their own  meals.   The rooftop had a communal fridge as well enabling bottles of wine to be chilled, dinner prepared and the views and company shared.  The cooking of fish was however banned.

Stroll along the waterfront.

Having interrogated our host Remzi we set off for an afternoon waterfront stroll.  The horseshoe shaped harbour had an overwater boardwalk covering half the distance and after a quick reconnaissance mission, we sat there eating corn chips and slushy Tonics while watching the spectacular sunset.  With the addition of some Gin, the holiday scene would have been perfect. 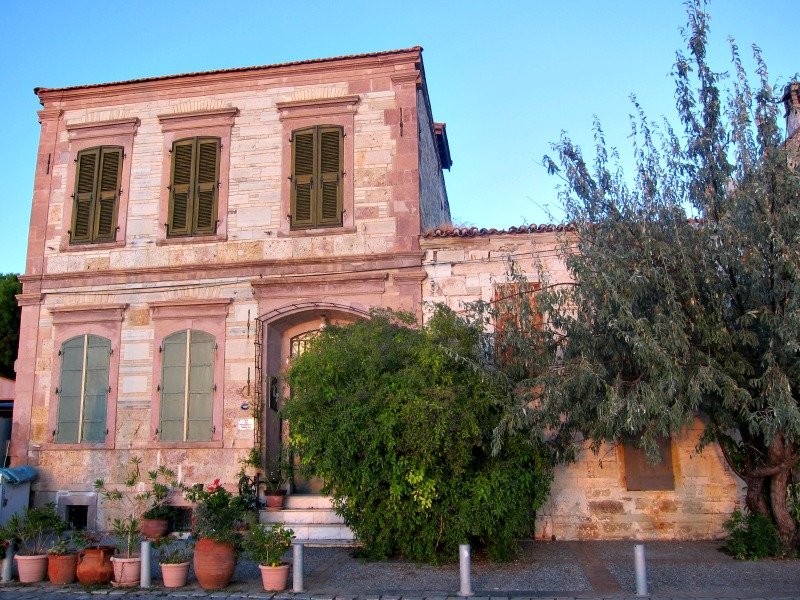 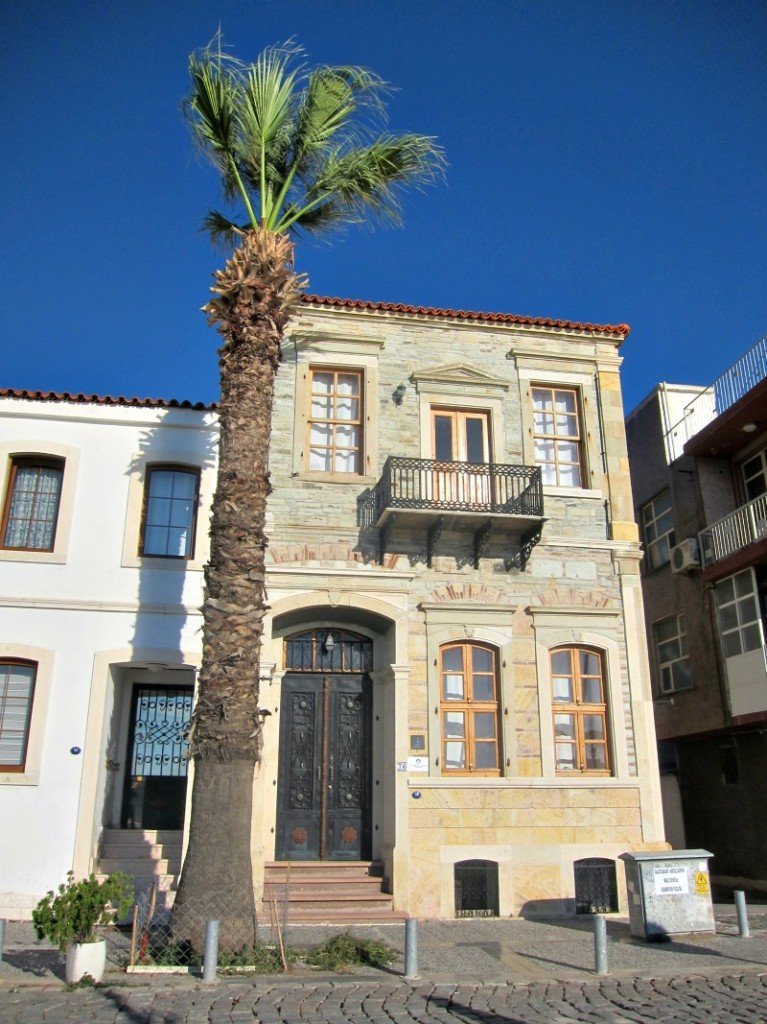 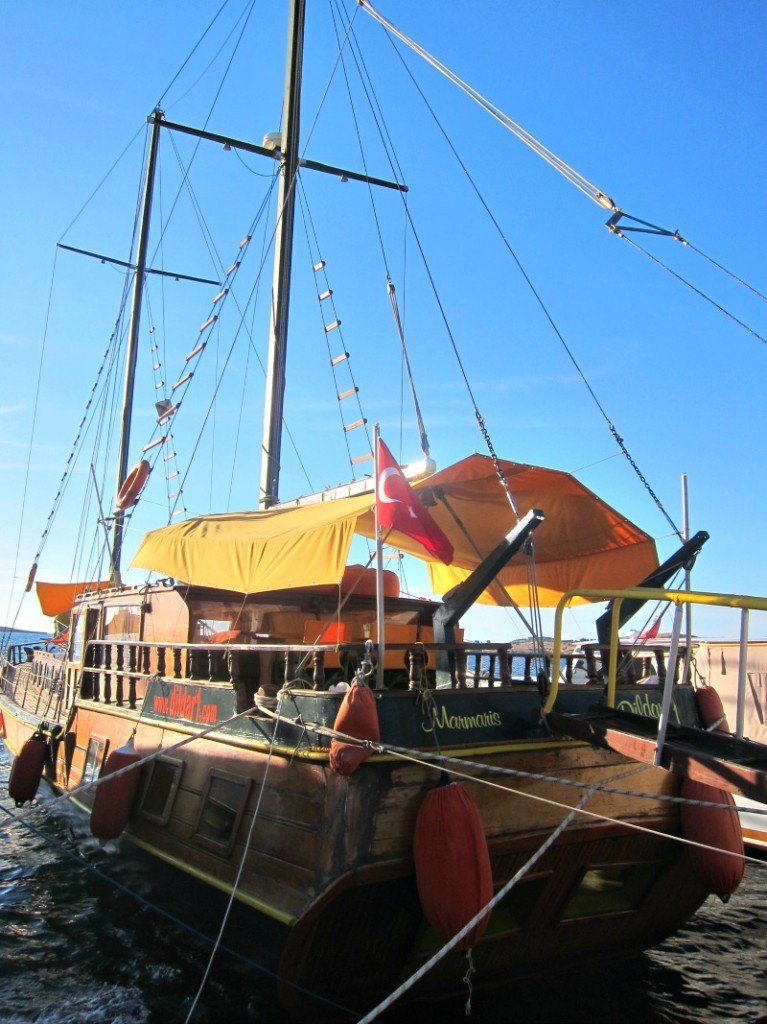 A  view from the bottom of the Horseshoe shaped harbour.  I really added this photo because of the scooter. 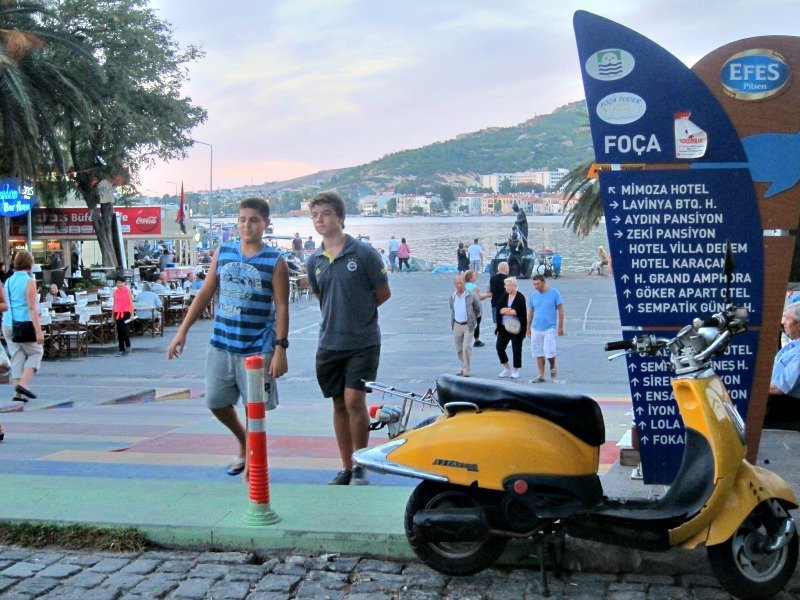 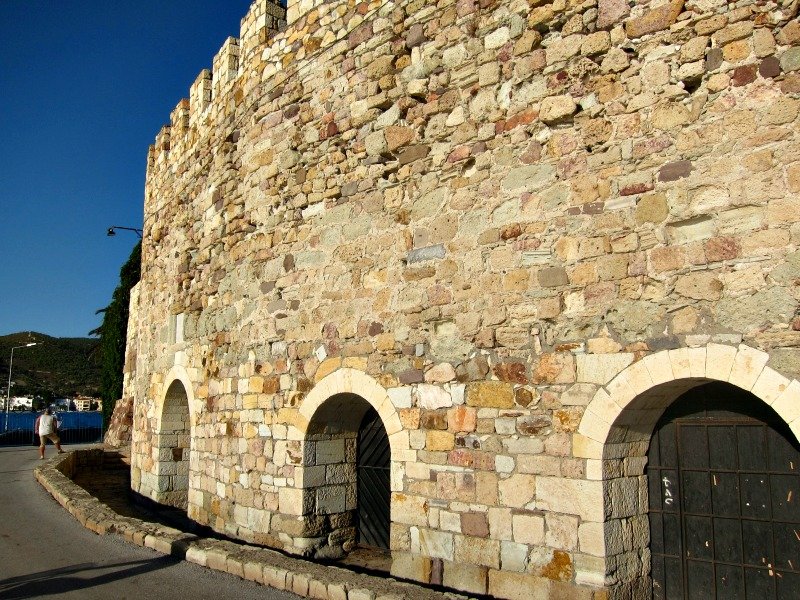 Locals watching the world go by. 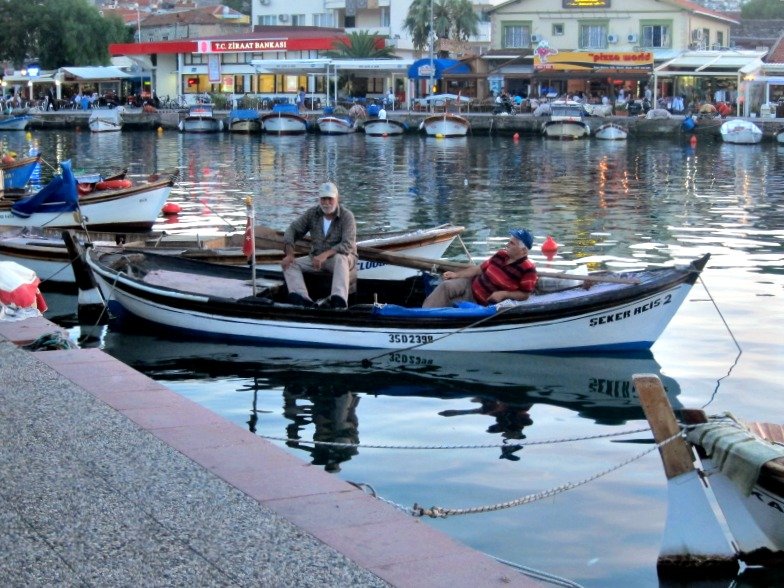 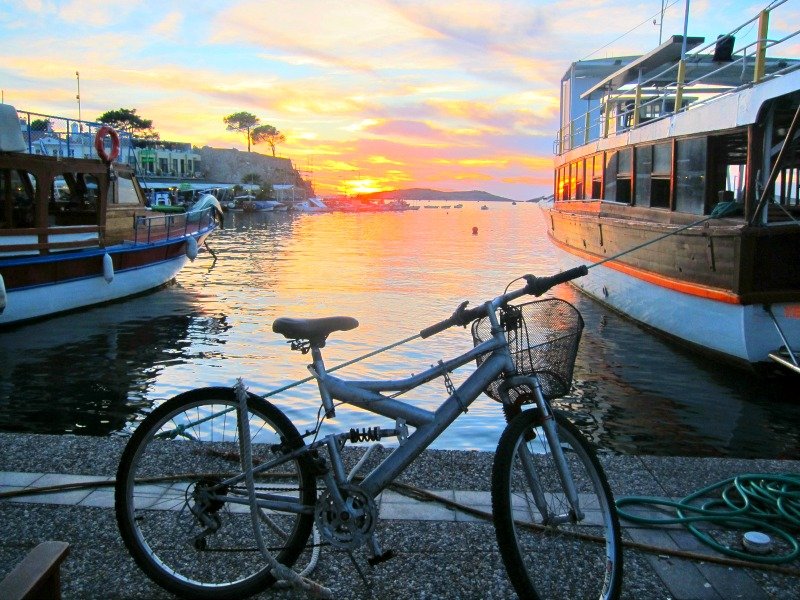 Peering into the deep. 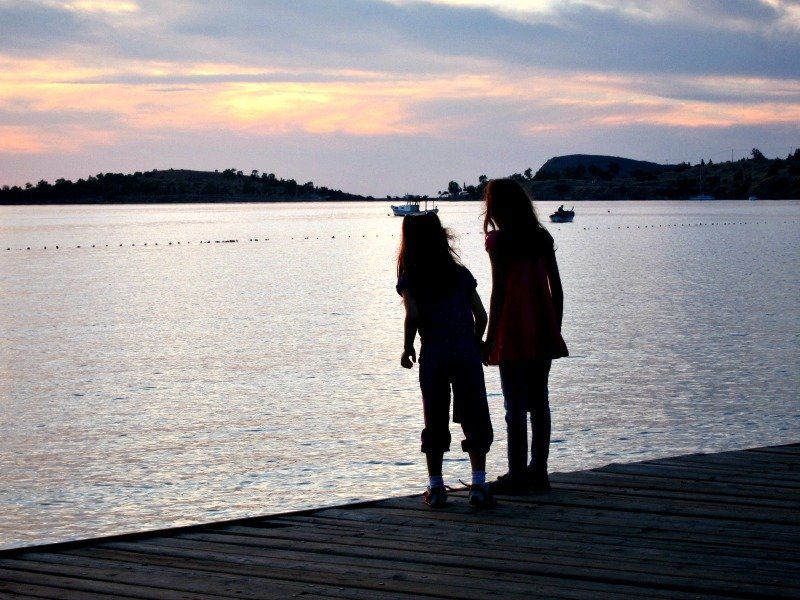 Did somebody pay this fisherman! 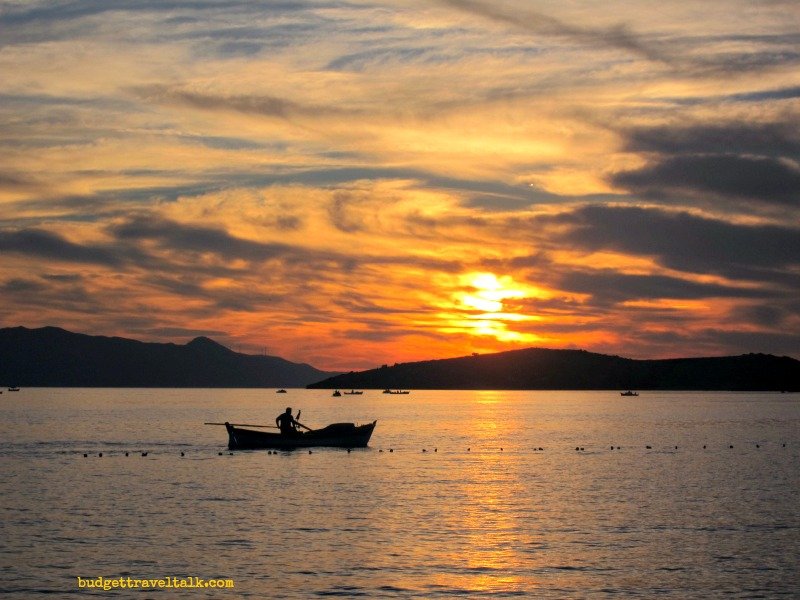 The Sun has set – Time to Party. 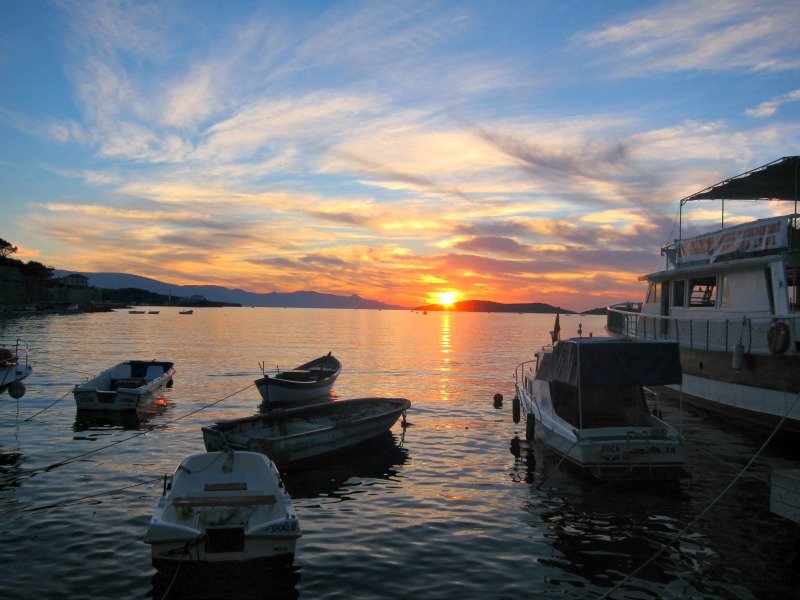