Have you been to the Alhambra in Spain?

We arrived in Granada on 22nd April 2012, and visited the Alhambra on a day that was as beautiful as the two and a half weeks that followed it.  Even though we live in a warm and sunny part of Australia, the weather at that time in Granada was truly spectacular.

It was the mix of blue skies, crisp air, crowds, anticipation (and of course amazing Moorish craftsmanship) that made our Alhambra visit a winner.  Although we spent the rest of the two and a half weeks house-sitting in a village only one hour by bus away from Granada, we had planned this visit to the Palace and Citadel on a hill for the day before our house-sit commenced.

This post showcases the views from the Alhambra and the Generalife.  The word Generalife means a garden of orchards, feasts or paradise – or all three.  B.H. and I appreciate the outdoors much more than interiors so these photographs are amongst our favourites from the day.

The Generalife, originally designed as a rest and recreation area for the Kings of Granada,  is one of the oldest surviving Moorish gardens in the world today.

Water and fountains were the lifeblood of the moors.

The courtyard of the water channel. 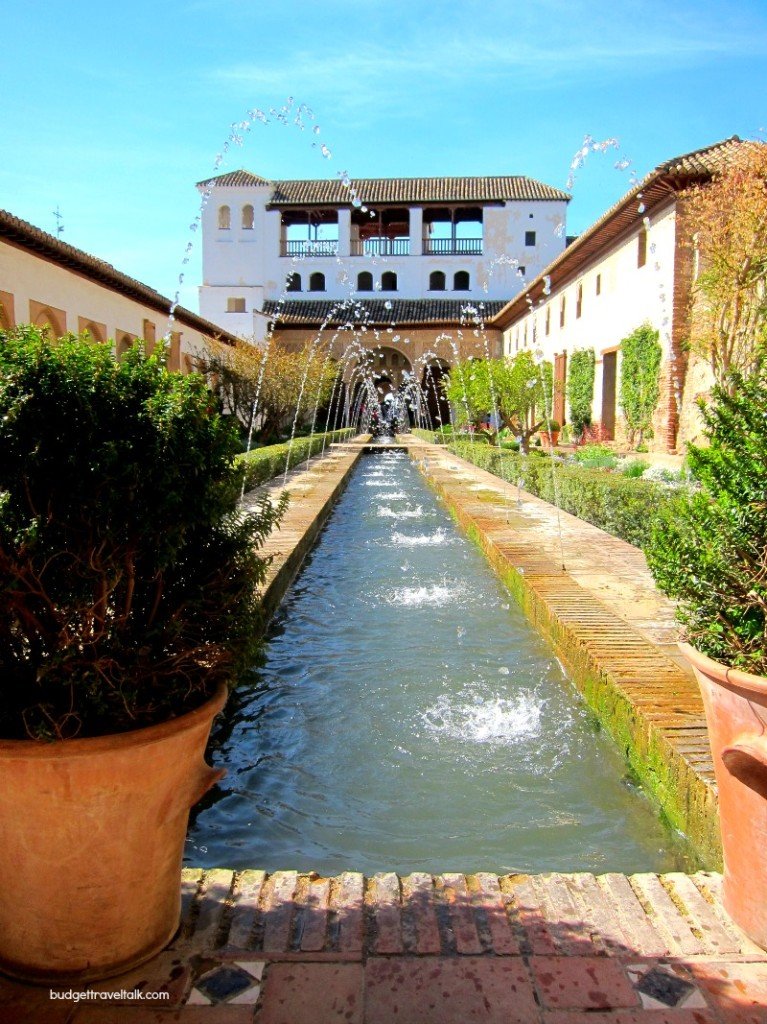 A view of the Orchard through the arches. 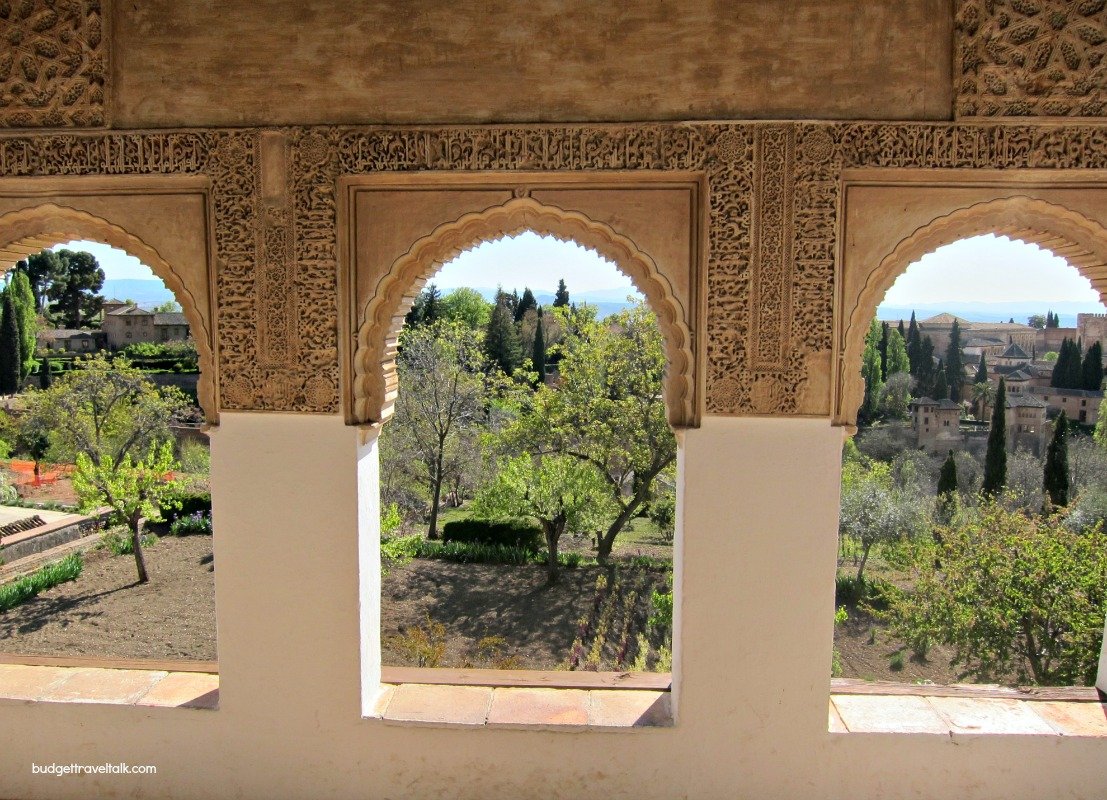 Looking across the courtyard I was struck by the humble feeling of this building (I liked it’s doors). 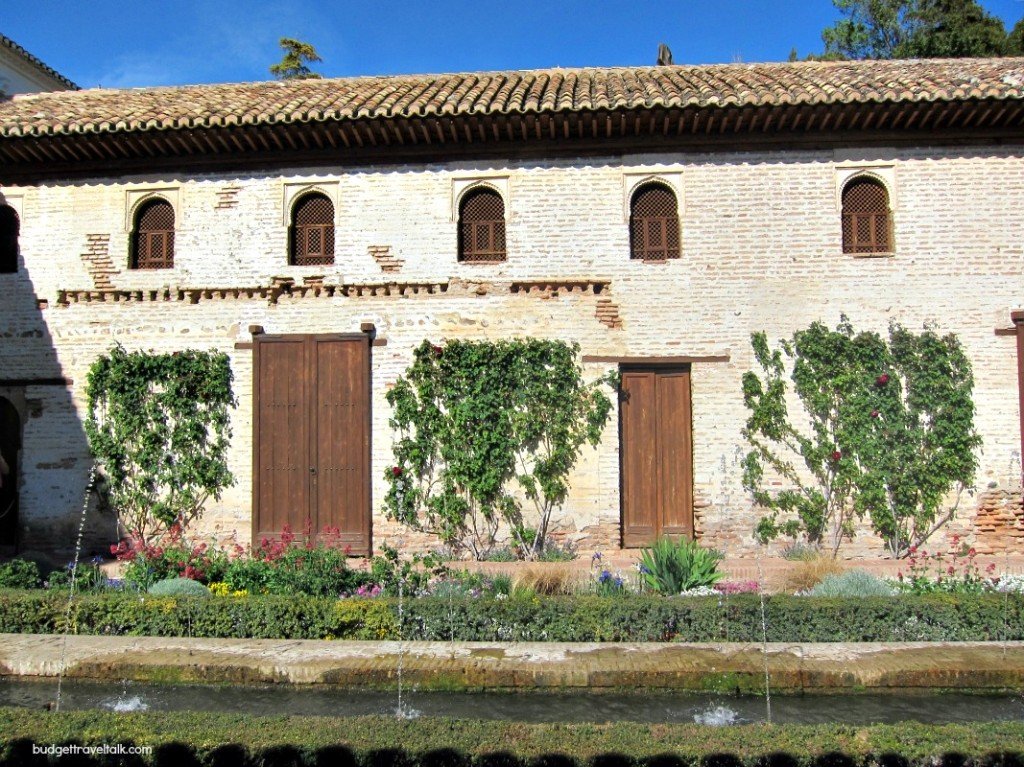 Looking over the ravine from the Generalife to the Alhambra. 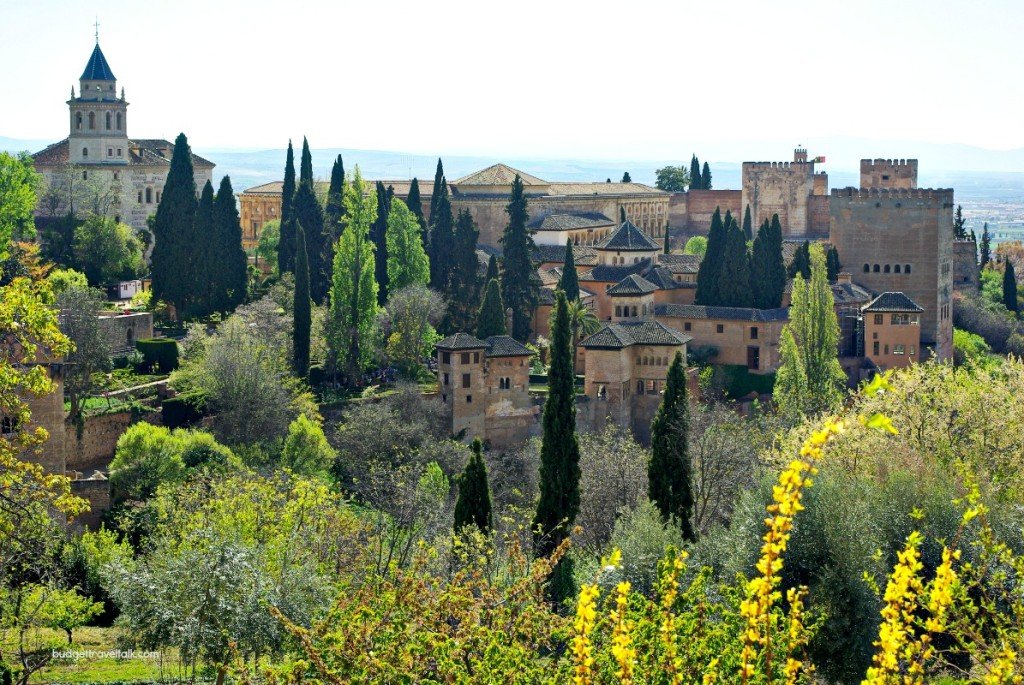 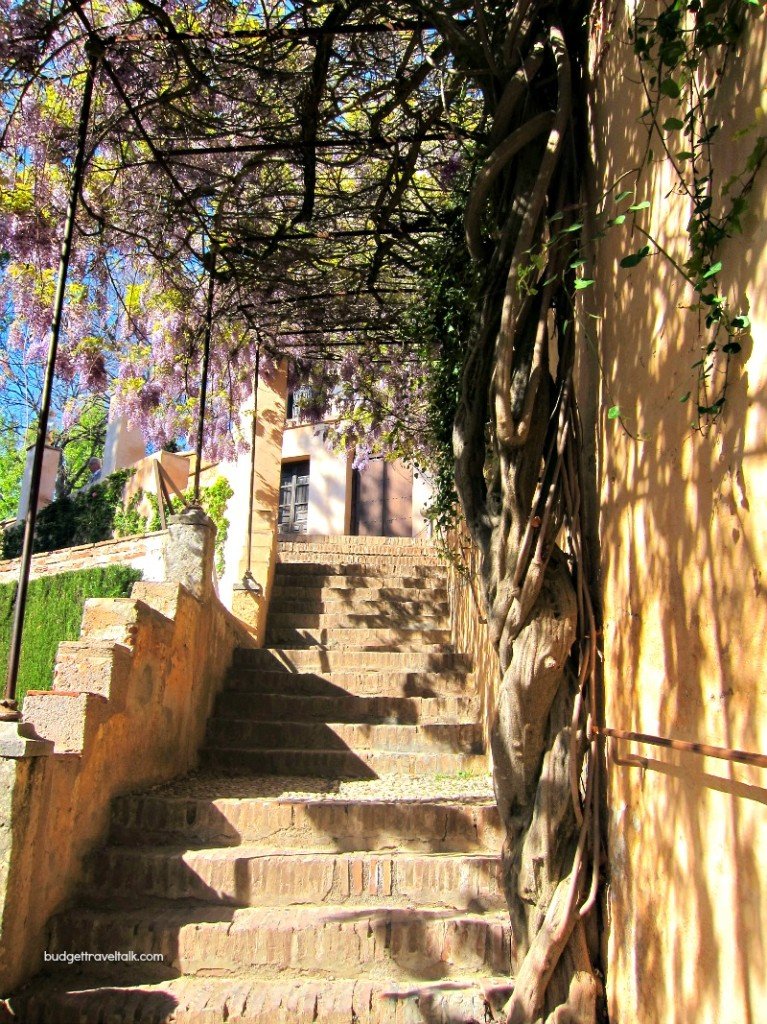 The views from the top of the Watch Tower were amazing. 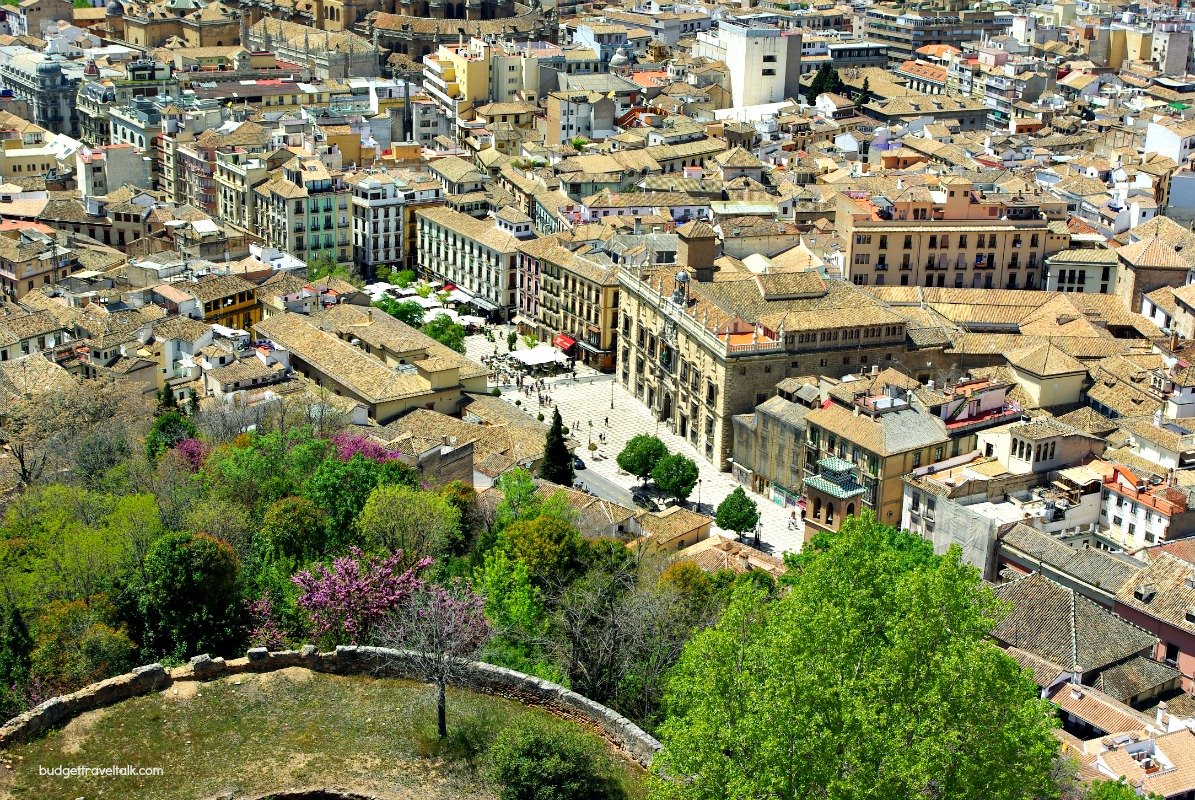 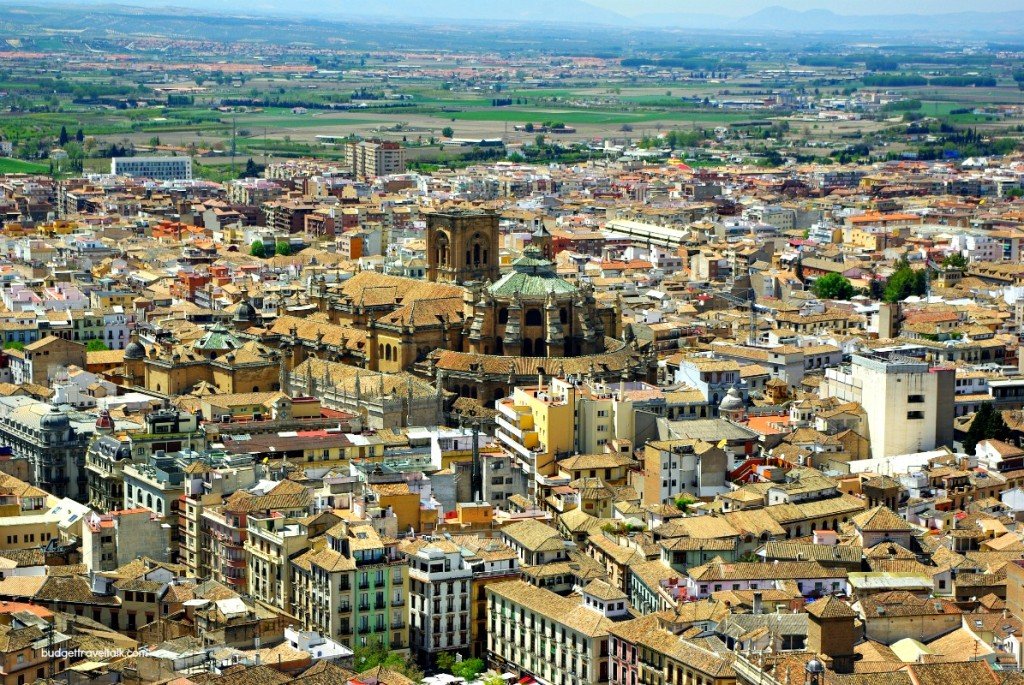 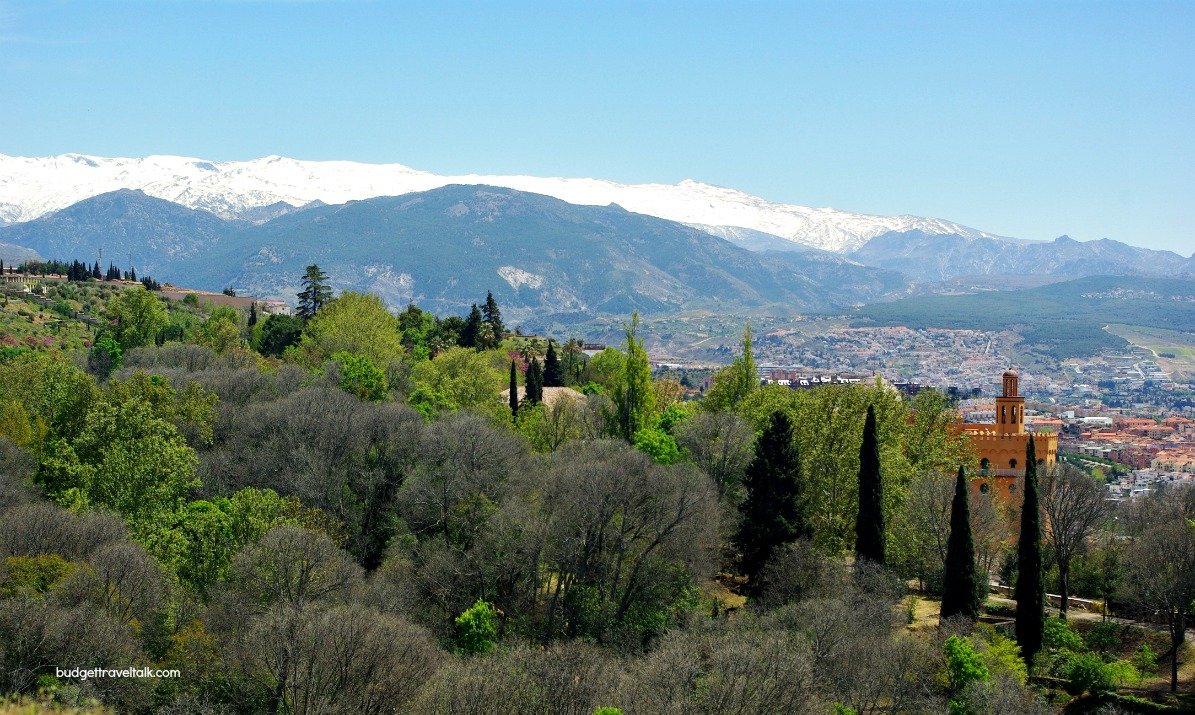 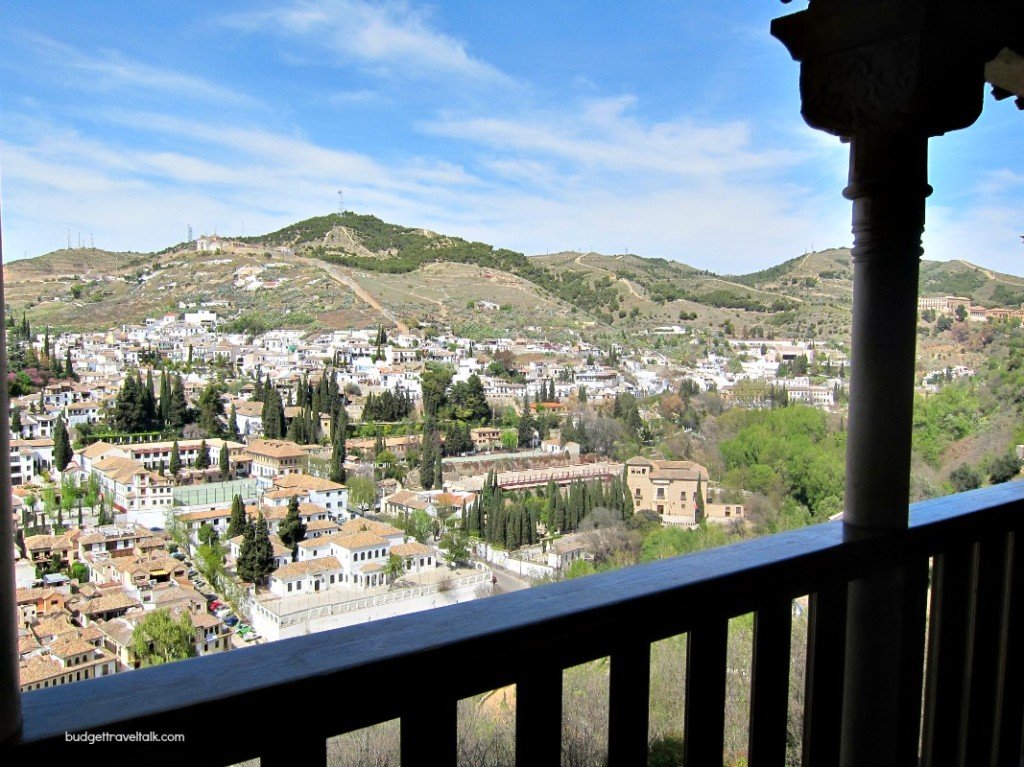 The Alcazaba (the military part of the Alhambra) is one of the oldest parts of the complex.  It towers above the Nasrid Palaces and the fluttering flags of the watch tower, can seen when strolling along the Carrera del  Darro at the base of the hill.

To get an idea of the size of the watch tower look at the people. 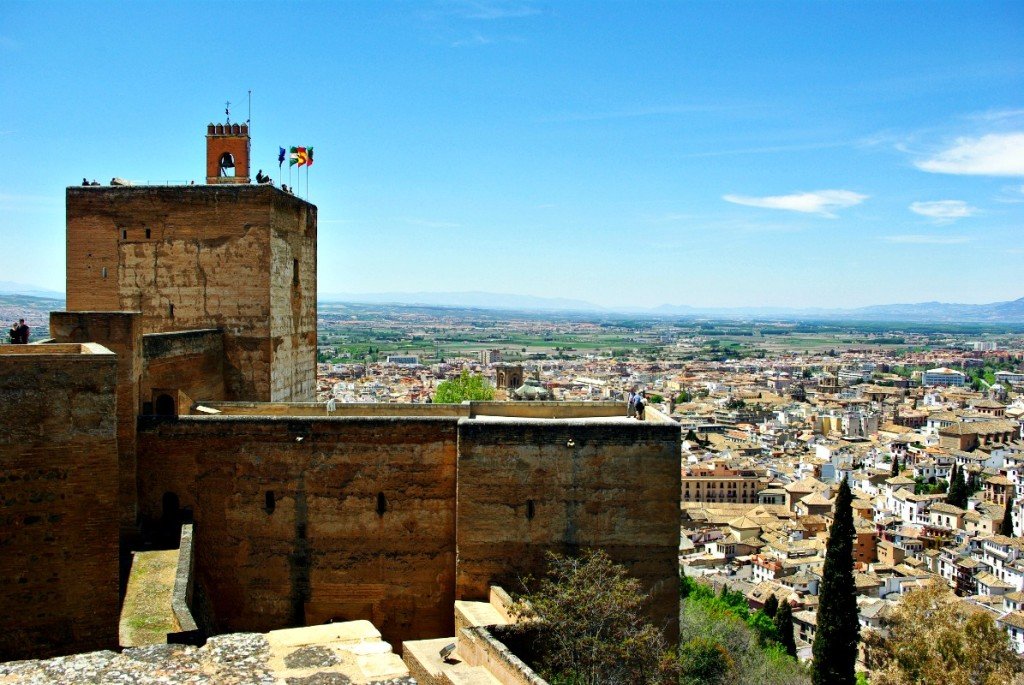 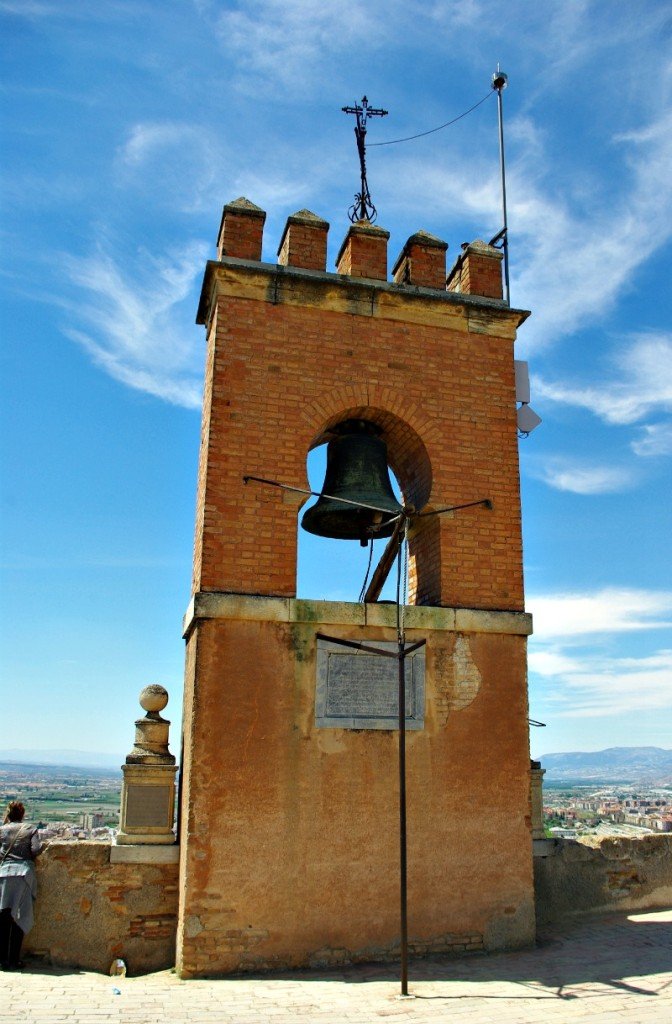 Nancie from Budget Travelers Sandbox is in Novia Scotia on holidays but you can still see travel photos from around the world at TRAVEL PHOTO THURSDAY.