On 8th October, 2013 we were in Dogubayazit Turkey, fulfilling a dream, namely to visit the Ishak Pasha Palace in the far east of Turkey.  Although we had some idea what the Palace would be like, (you can see our photos here), we had no idea what the town itself would be like.

In case there are others wondering the very same thing, I have put together some photos that I think capture the spirit of the place.

Ishak Pasha was very close to Dogubayazit – like 5 minutes close – so after a couple of hours absorbing the palace and it’s romantic setting, made even more so by the addition of an early sprinkling of Autumn snow, we retired my delicate tummy back to the hotel.  We did get out for a wander around though.

The East of Turkey conversely had a Wild West feel about it, which was very much part of it’s appeal.  I think this befringed Taxi Bike says it all, the disco glitter and eyes adding the perfect finishing touch.  Old ladies rode regally in the side cart squashed by their shopping, while the old men rode pillion. 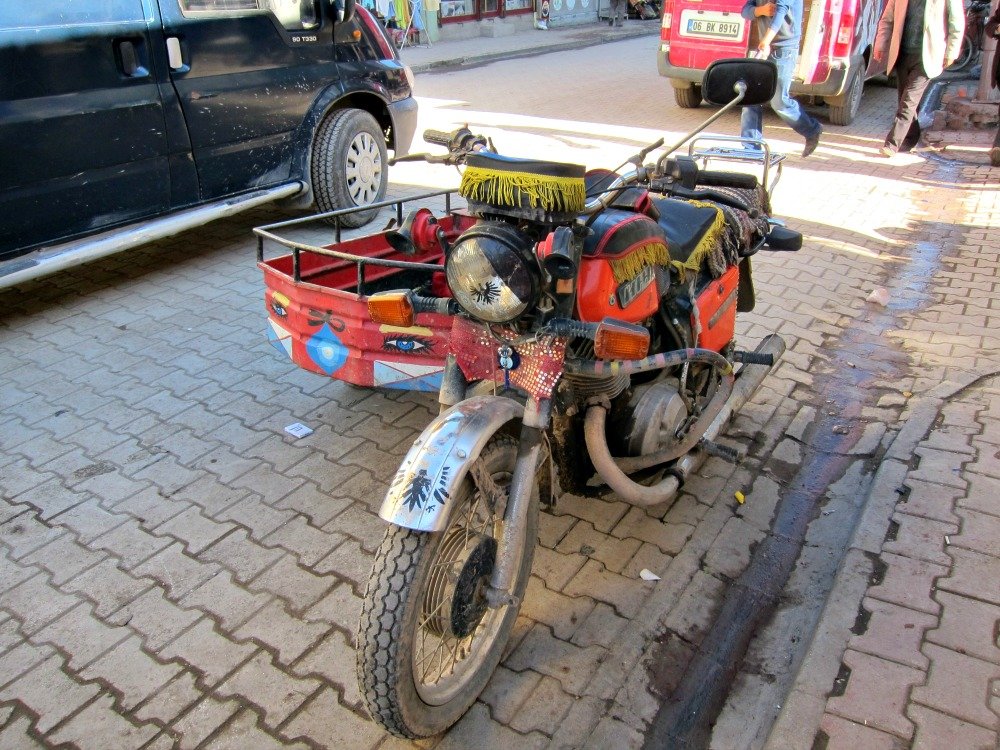 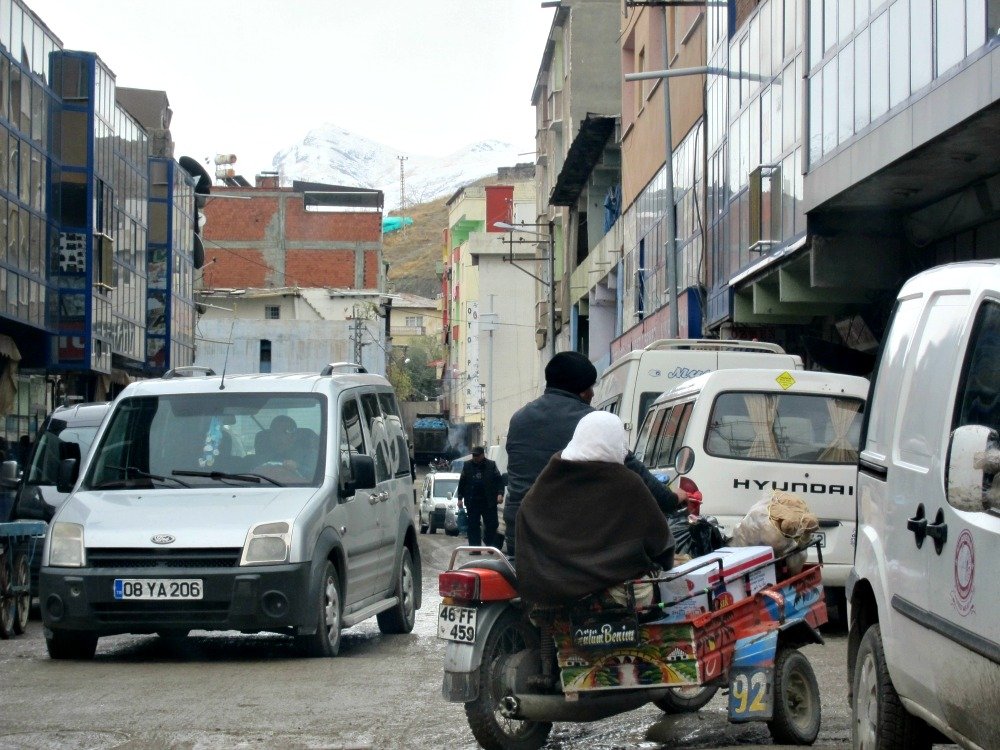 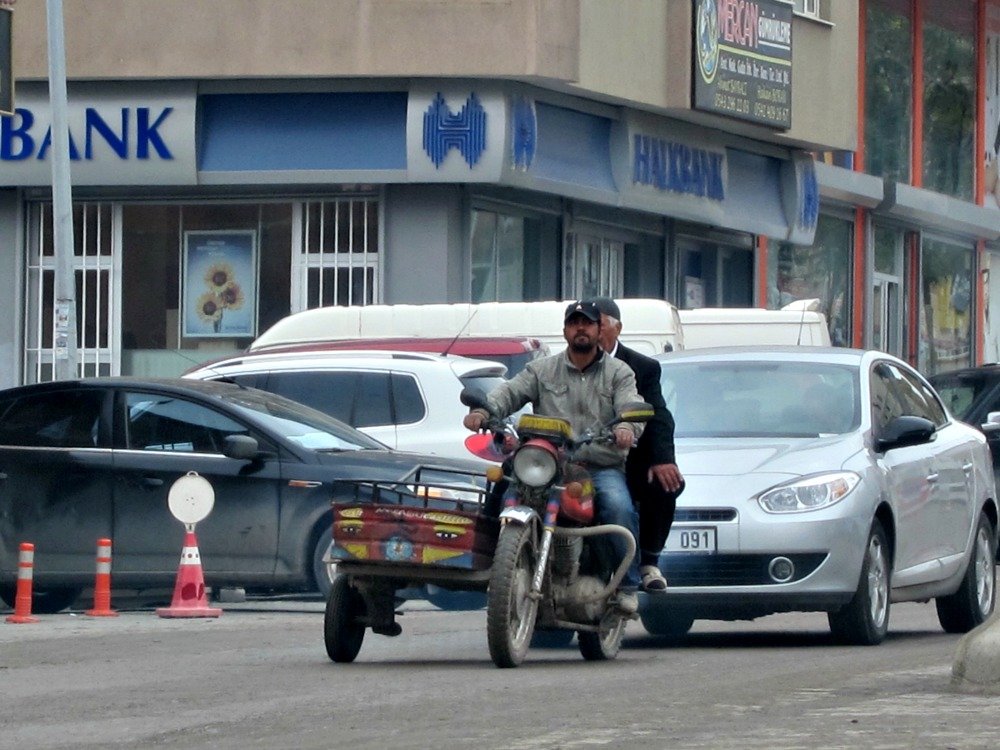 Tad Restaurant was our eating place of choice.  They had a Lokantasi style Bain Marie at the rear that held all my favourites, while Marty preferred to order their mixed Pide’s.  The second night he did however, try and love my staple Mercimek Corba (turkish lentil soup) for an entree.  We and the other diners ate downstairs, but on a trip to the toilet I was surprised to find another huge room set up upstairs for diners as well.  Surprisingly there was only one toilet to serve the whole place as far as I could see.  The Doner Guy at the front of the shop always waved and had a welcoming smile plus the cook and staff at the back were friendly as well.  I would recommend eating there.  They were at 101/c Abdullah Baydar Cad. 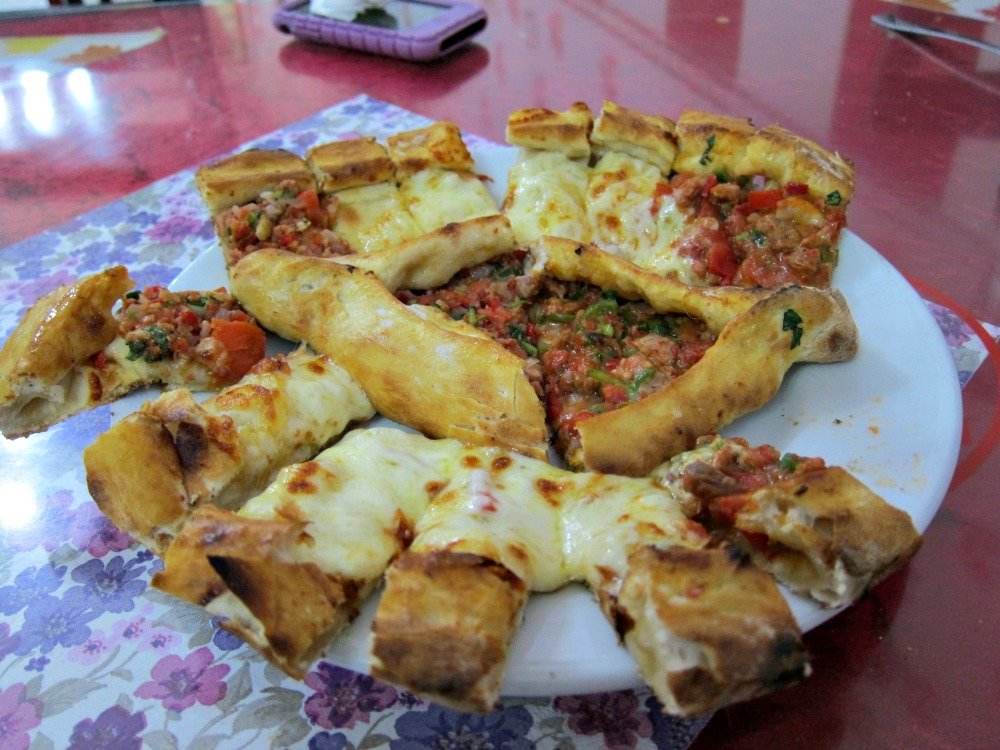 At home Marty cannot resist hardware stores, especially on a Sunday.  Luckily this one was closed. 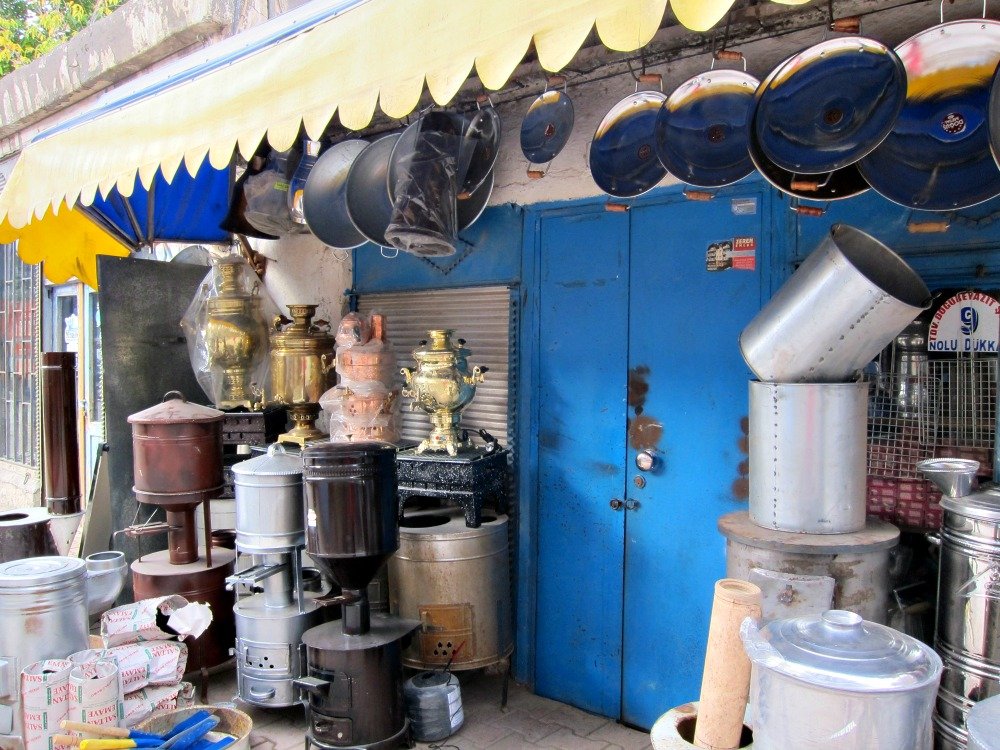 I first noticed the trolleys in Pasinler on our route from Tortum the day before, but in Dogubayazit they were everywhere.  If they weren’t transporting stock purposefully around town they were serving as mobile greengrocer shops.  Have you noticed that most of the men were smokers? 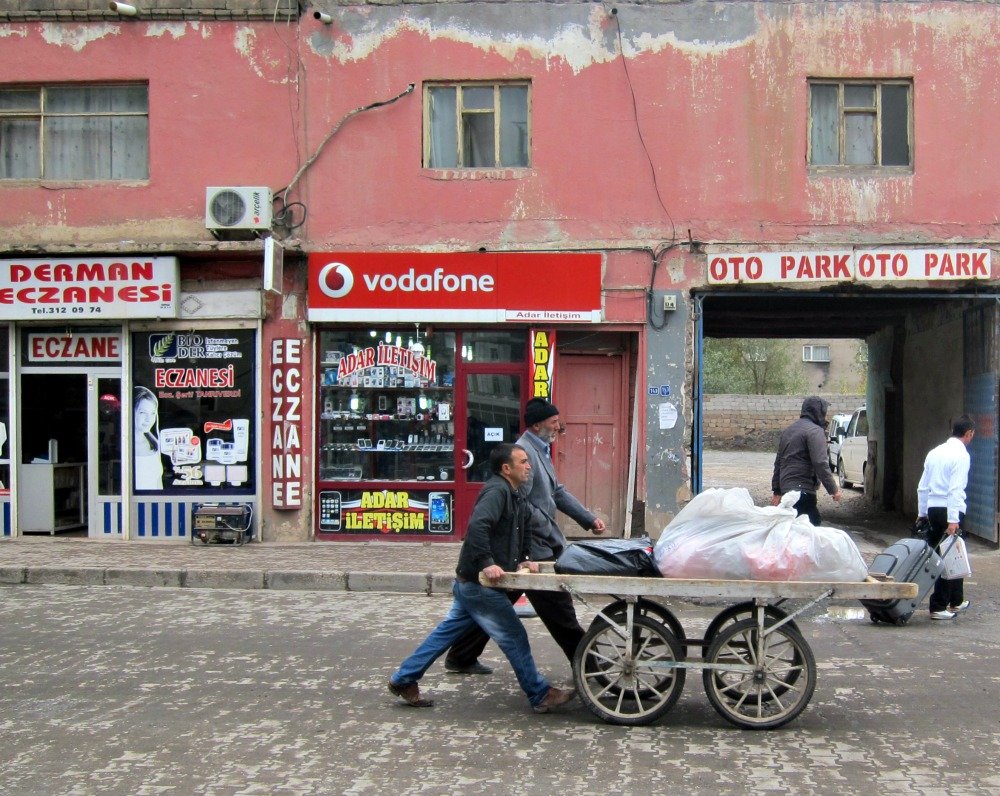 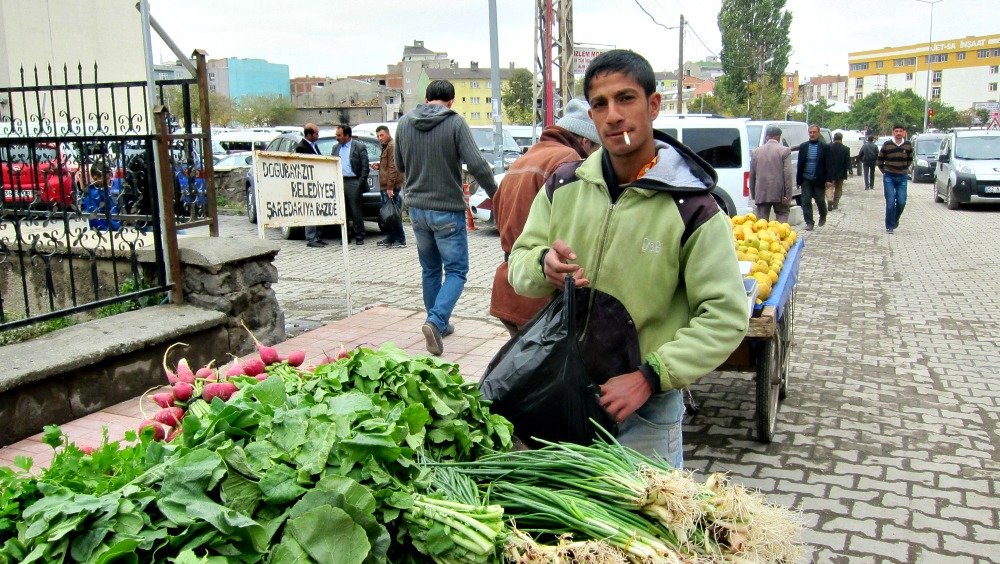 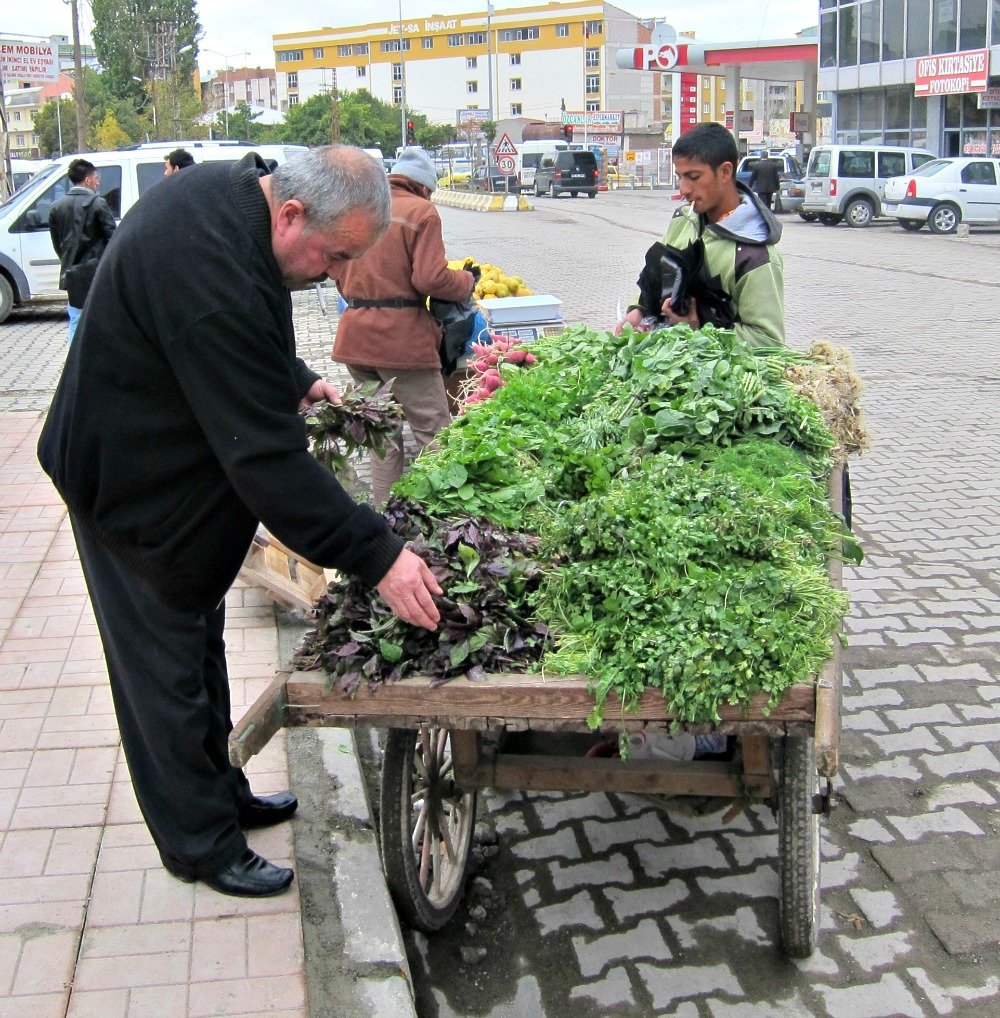 Seems like the Postal Service has standard supplied delivery bikes – no fringes for the PTT. 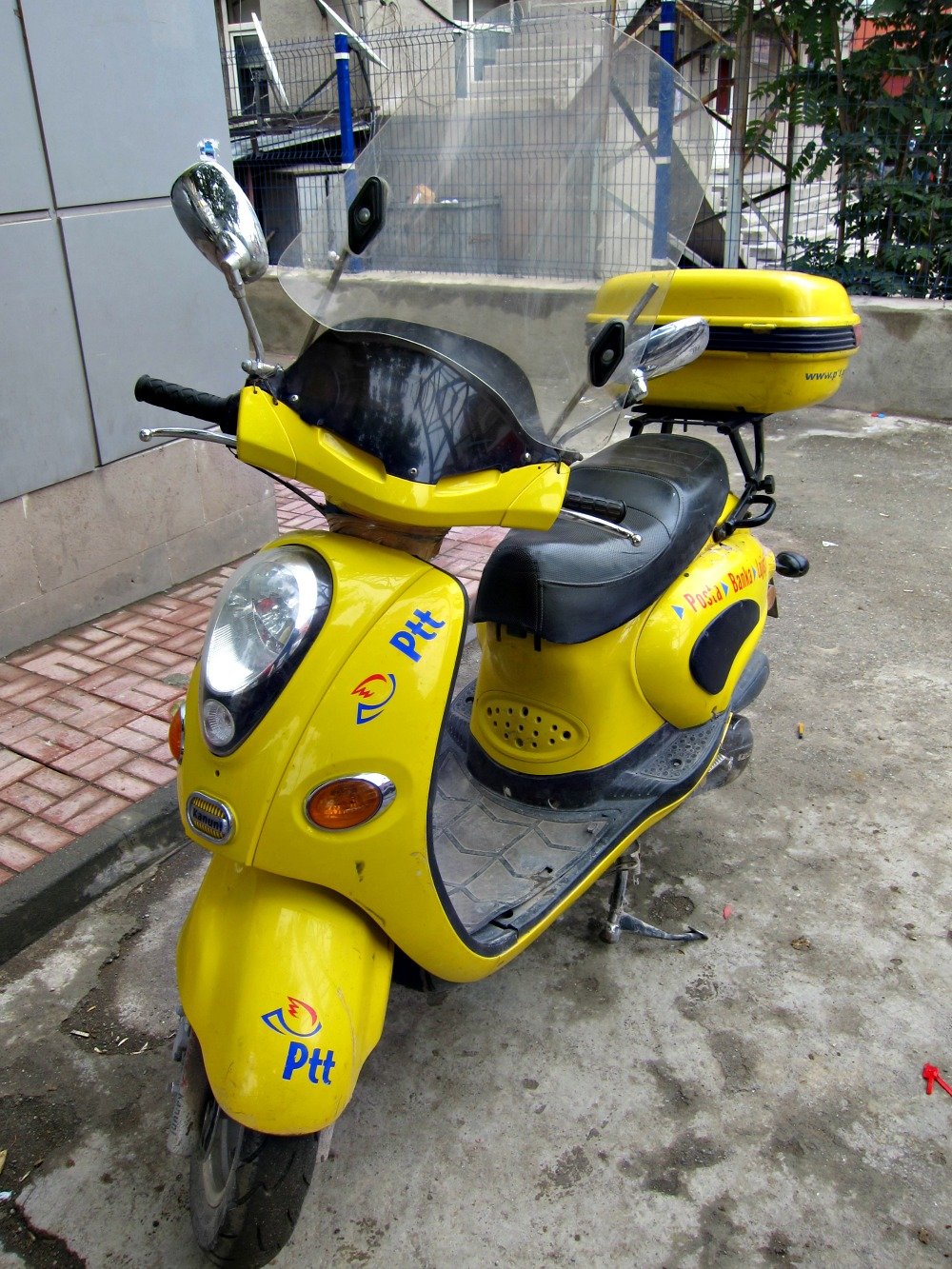 Stick brooms were to become a common sight out East.  Sometimes they came without the handle – for smaller jobs I guess. 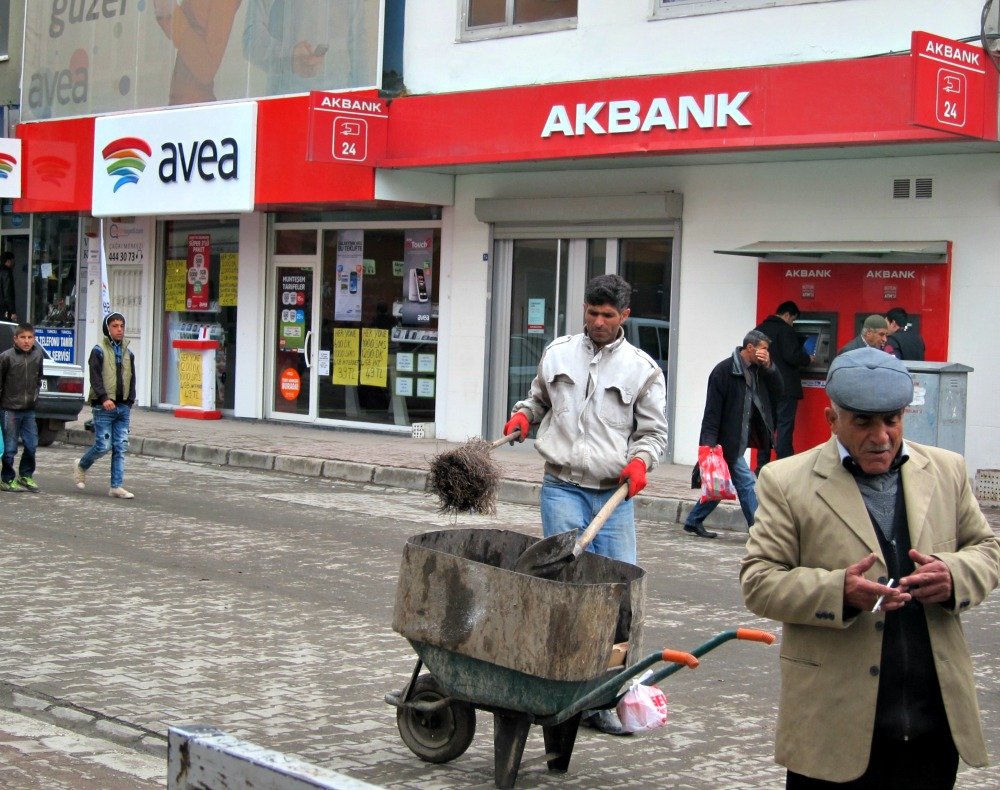 We were headed for Kars but still in Dogubayazit when a man stepped in front of our car with his hand raised in the universal stop sign.  If in a Hollywood Movie he would be cast as the KGB agent and I had no doubts that there was a handgun tucked away inside his coat (I dared not photograph him).  Needless to say we waited… and waited… until finally a convoy of black VIP vehicles drove up the street before turning in front of us. I had the feeling that anything was possible in Dogubayazit.

But I wasn’t complaining as I had the perfect opportunity afterward to photograph Mt. Ararat. 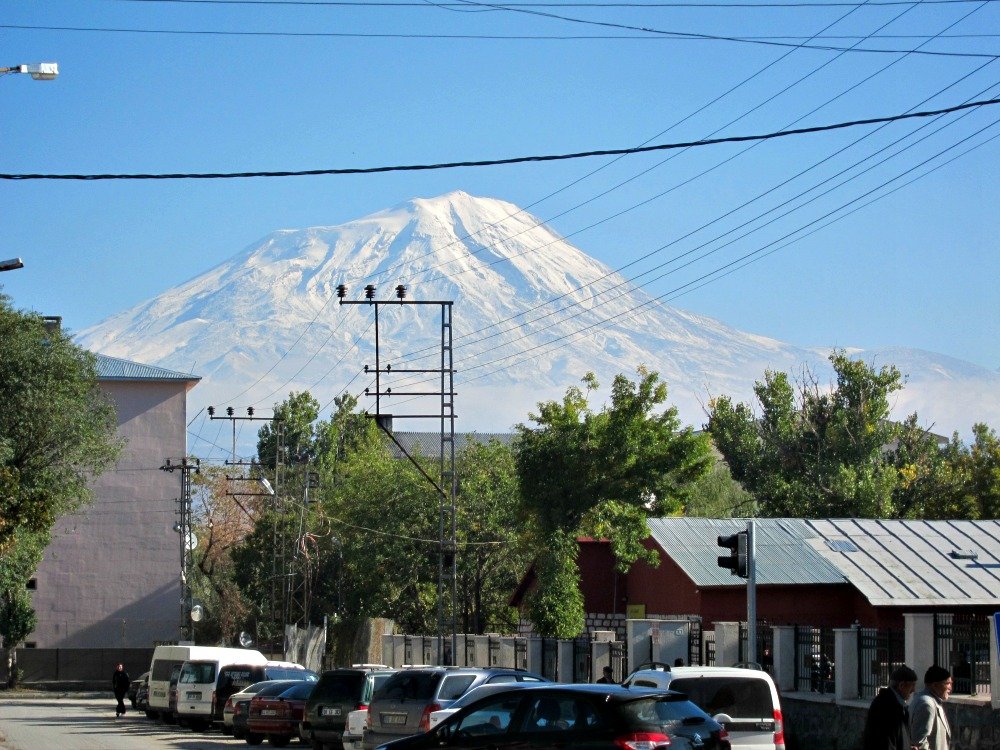 Food was the same price and quality as in the west of Turkey, but I would suggest paying more for accommodation here than in the West.  Visit Nancie over at Budget Travelers Sandbox for Travel Photo Thursday.

When to Visit the Black Sea Coast of Eastern Turkey and a road trip surprise. Day 1

Favourite Turkish Photos for Day 25 of the Indie30 Challenge
Next Post: Tuesday in Townsville Ocean Views and Sunsets