After following the surprising Neretva River to Mostar in Bosnia as part of our BiH road trip and Ten Weeks in Europe, we’re back-tracking from Mostar to the Buna River junction and then heading south toward Stolac Bosnia – a town that was destroyed by war in the summer of 1993.

Mostar on the Neretva River. 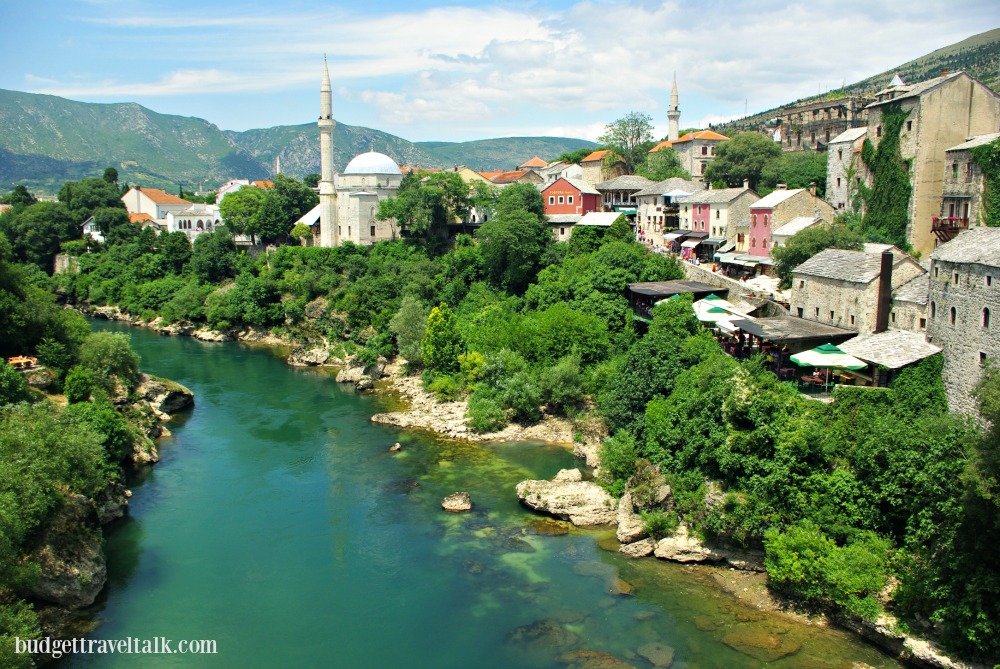 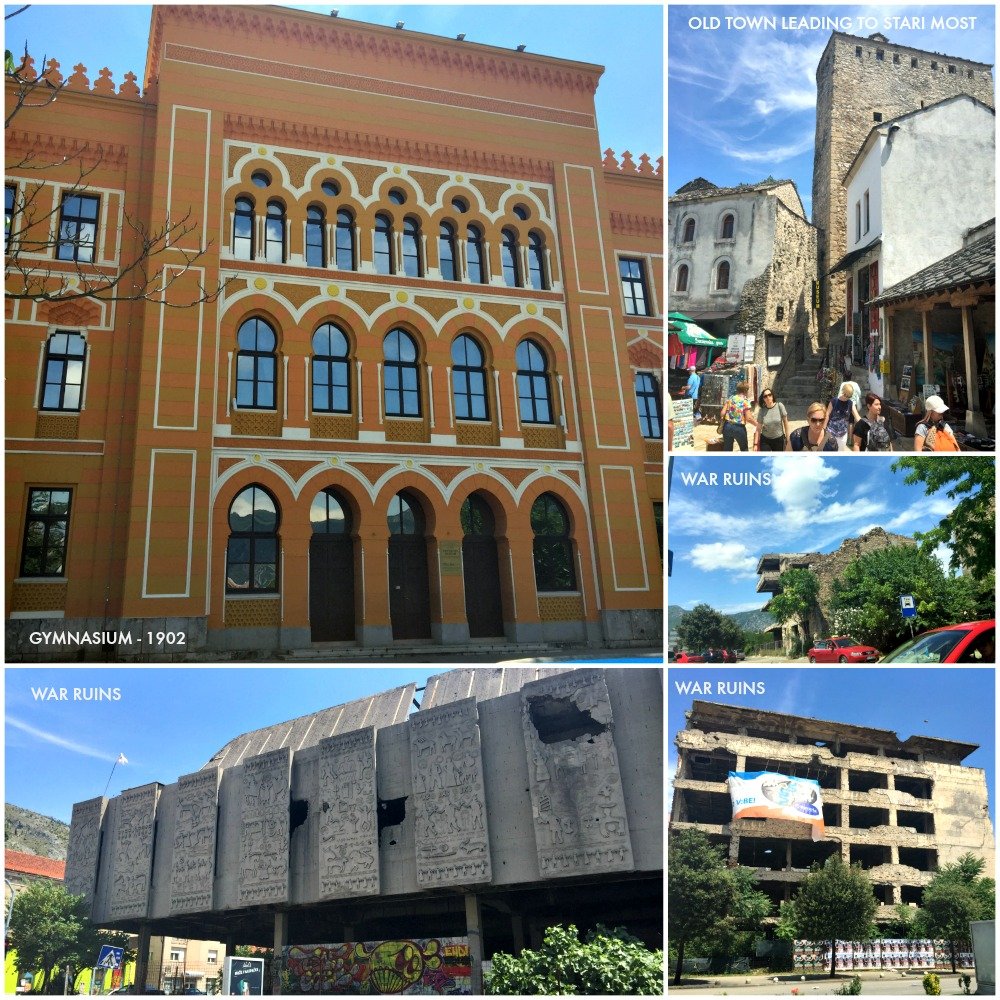 This map of Bosnia shows the route we took from Metković on the Bosnian/Croatia border along the Neretva River to Mostar, then Radimlja Necropolis (3km west of Stolac) and finally the rebuilt town of Stolac.

I’m often nervous that we won’t actually find the sights I’ve bookmarked, because well… it has been known to happen. In this case however, incredibly, the road goes right through the middle of the Necropolis, one of the most important medieval sites in BiH! 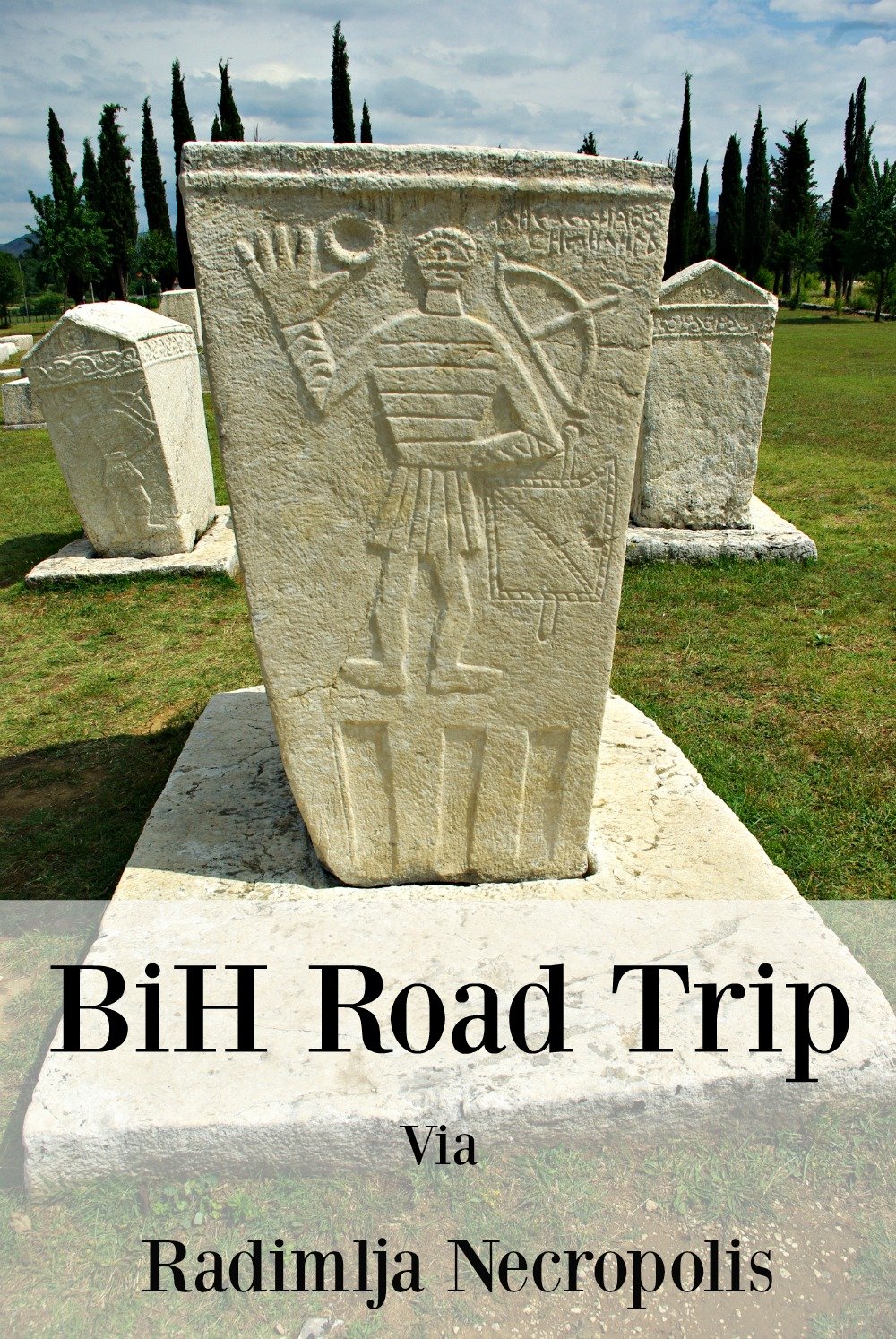 Obviously the road makers of the Austro-Hungarian period didn’t consider the site worthy of a diversion and 20 or so of the tombs from the 15th and 16th centuries were lost. Numbering 133 in 1967 there are 110 today, with a few of them north and the rest south of the road. 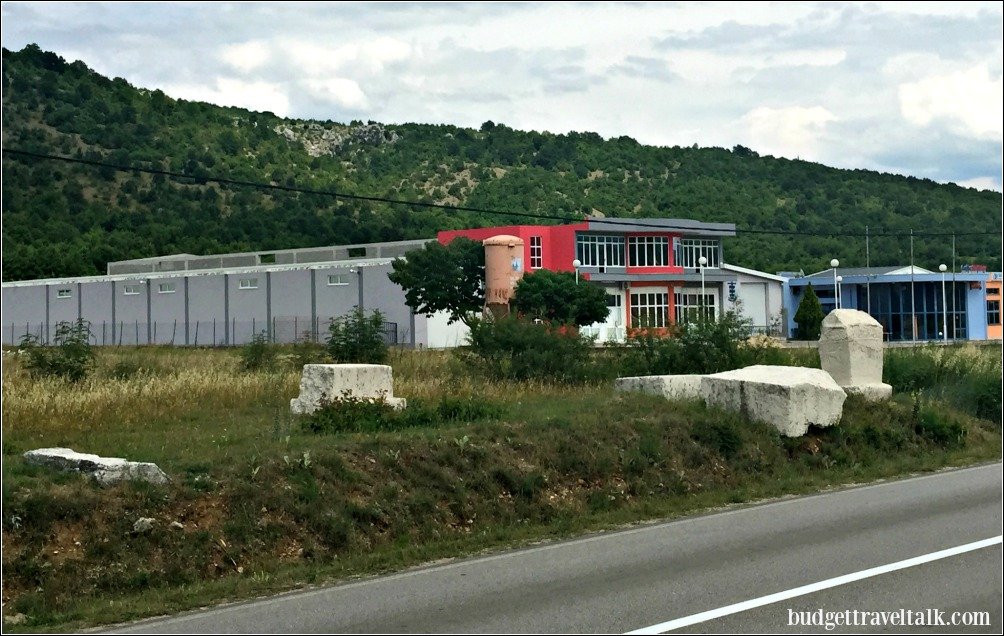 Some are tall plain chests while others are grave markers with epitaphs and bas reliefs.  They were very white and after comparing them with other images, it is easy to see they had recently been cleaned.

Tombs and carved grave markers south of the road at Radimlja Necropolis, Bosnia.

There was a large lone picnic table in the shade of a tall tree on the site. The offending road can be seen on the left and you can just make out a tomb on the other side. 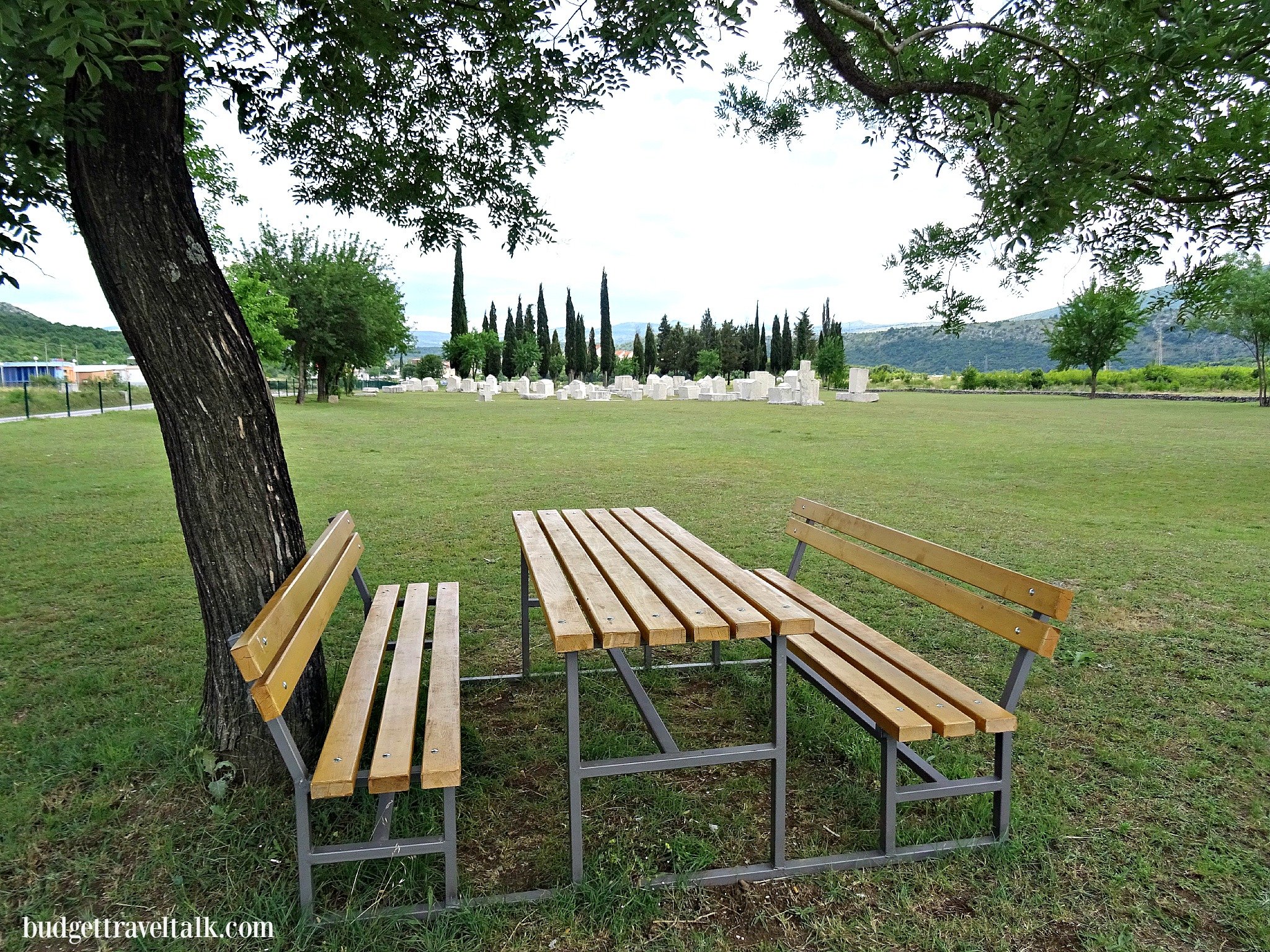 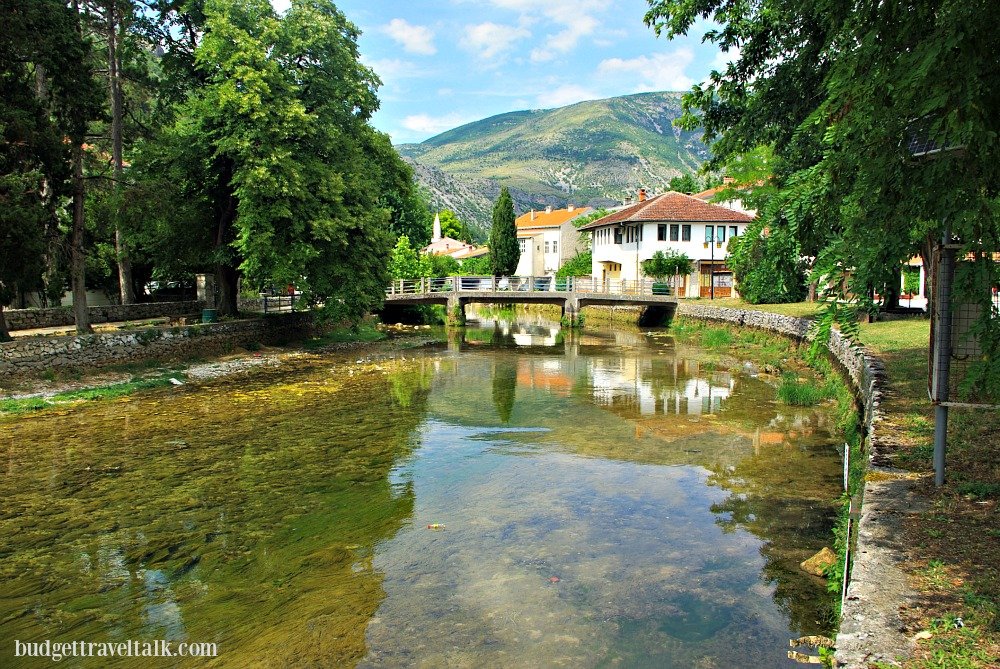 For a town of 12,000 inhabitants, Stolac was incredibly and eerily quiet on the Sunday we were there.

We parked near the centrally situated Čaršijska Mosque (1519), which together with other important structures was blown to bits in the war, the rubble being trucked to and dumped in the Bregava and Radimlja riverbeds.

On August 22nd 2001 a reconstruction of Čaršijska Mosque commenced. 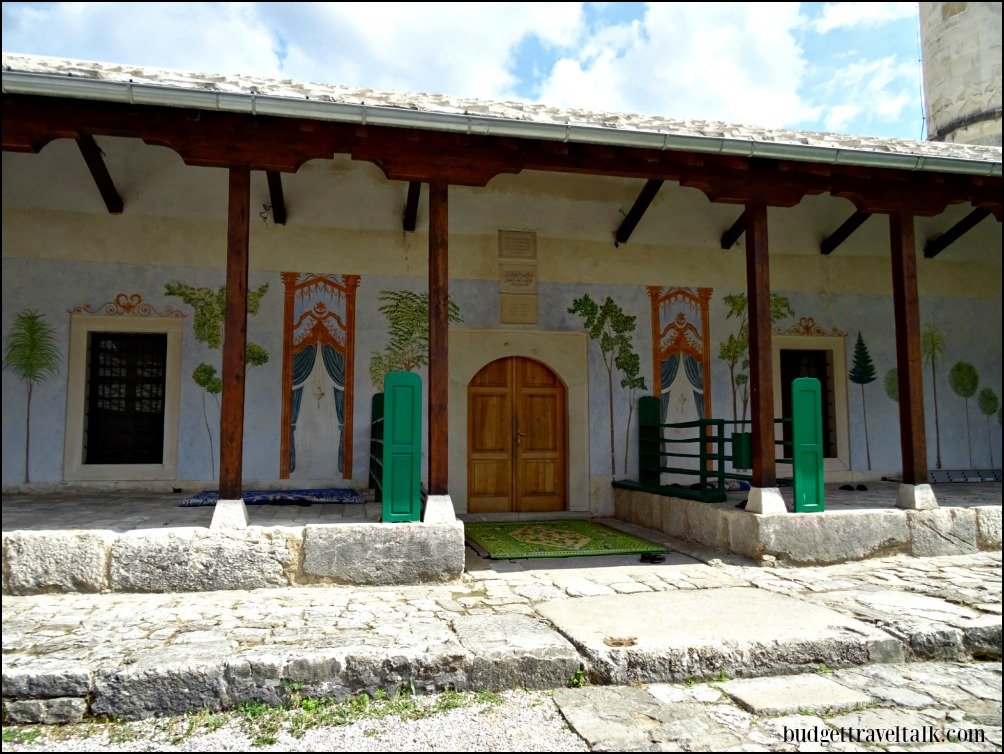 The old mosque looks new and it is – but it is made from the original materials recovered from the river beds.  I thought the attractive scenes on the walls overlooking the courtyard and cleansing station unusual and wonder if they were copies of the originals or a modern interpretation.

There was no-one around to ask, so we wandered toward the river and tried some ripe mulberries from a tree across the street. . Had the tree survived the war or been planted since? 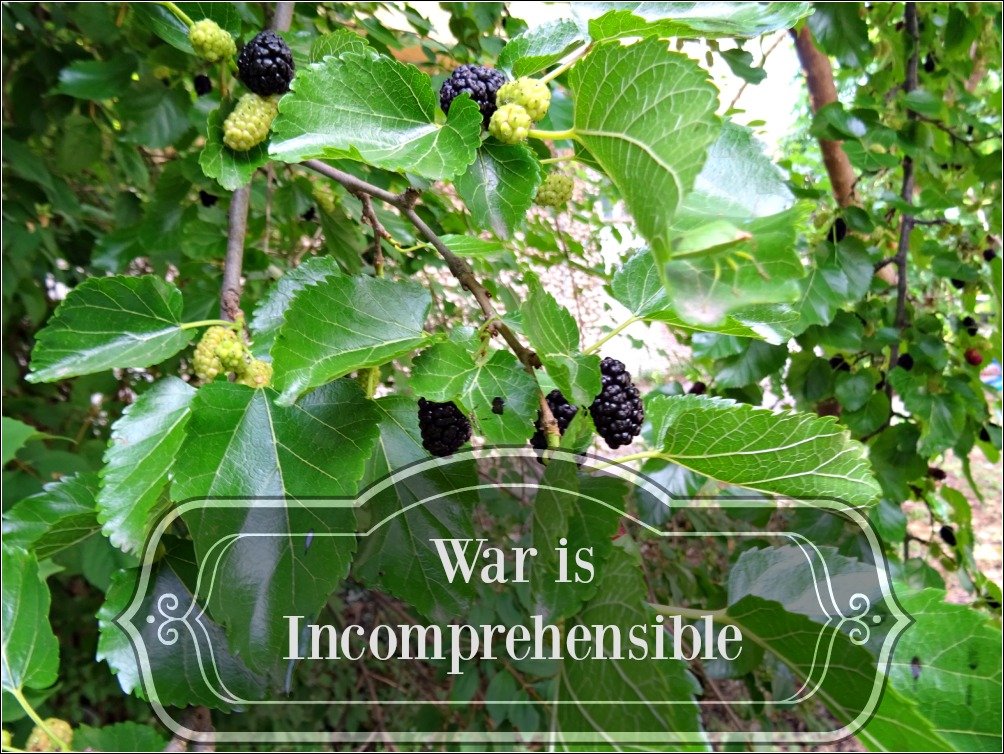 Walking upstream 900m from the Čaršijska Mosque, we came upon another, the Cuprija Mosque and Inat Cuprija (bridge) surrounded by shady plane trees. 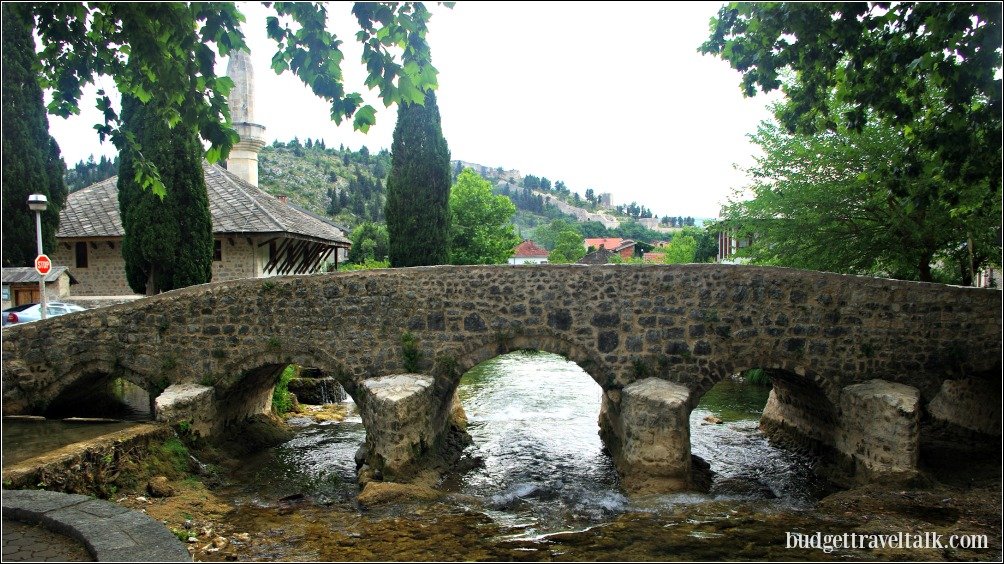 Reminders of War stand side by side with restored and new buildings in Stolac. These visual reminders made me contemplate how people move forward afterward the fighting.

Buildings are rebuilt but what of trust and forgiveness.

I hope that famous local poet Mak Dizdar was wrong when he said:

“Bosnia’s fate was to dream about justice, to work for justice, to await the justice, but never to see it alive”. 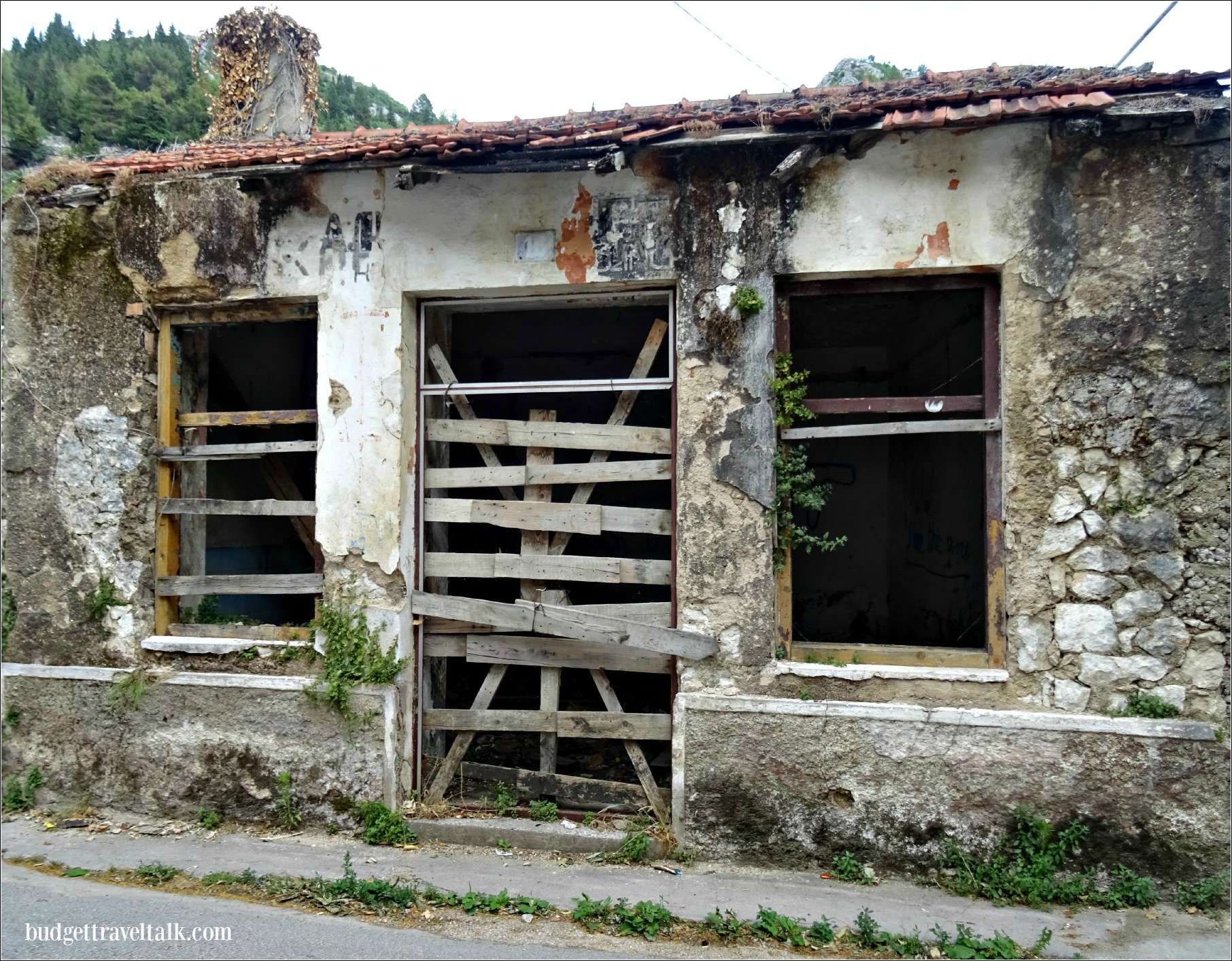 The ruined Vidoski Fort in Stolac old town, has great views over the area including Radimlja and can be reached along an uphill zig zag track from the new town. It’s name comes from the Bregava River which was originally known as the Vidostica River. If you arrive in May you could visit the Medieval Fair held each year in Stolac Old Town at the fortress.

Discovered in 1976 and situated in Borojevići village some 6.5 km west of Stolac, this small site has paleolithic drawings. They are rare so don’t miss the chance to drop by and have a look. It won’t take long and there is a dedicated walking track and picnic tables.

There is another set of tombs and gravestone markers at Boljuni, which by all accounts is less visited and very impressive, with 270 grave stones. Having already seen the amazing tombstones at Radimlja we didn’t venture out to Boljuni, but would have, time permitting.

This post is linked to Nancie’s Travel Photo Thursday over at Budget Travelers Sandbox.

Have you visited Bosnia (BiH) or experienced war?

Add the link to your travel post below and read other travel stories that will have you packing your bags.
An InLinkz Link-up

The Moeraki Boulders New Zealand – Big Balls of Mud
Next Post: All you need to know about Eumundi Markets Sunshine Coast »