Istanbul holds a gold mine of memories for me.  Discovering the Rustem Pasa Mosque hidden near the Spice Market in a street selling everything wooden, sitting with some Turkish kids on the thirty foot high Theodosian Walls or just living in our Galata Apartment come immediately to mind.

Remembering our day at Cengelkoy (Hook Village) on the Bosphorus in particular makes me happy.

Visiting this charming neighbourhood that clings like it’s name says in a Hook shape on the Asian shores, screamed Ferry Ride, and we can never pass one of them up.

In theory the ferry does sometimes stop at Cengelkoy, but in reality hardly so.  Instead from Eminonu, we caught the ferry to Uskudur (3tl with Istanbulkart). The 9.30 Sunday morning ride was not crowded and we moved easily from side to side to see the sights.  20 minutes later we were boarding the No. 15 Bus departing from opposite Uskudur ferry terminal.  The bus route took us through the neighbouring district of Beylerbeyi, famous for it’s castle near the Bridge, which somehow we failed to notice, and then on to Cengelkoy.

When the bus driver indicated we should leave, we did so thinking we had to transfer, but after walking a short distance we realized we had arrived.

The main street of Cengelkoy followed the curve in the Bosphorus with just enough space between road and water to squeeze in a few restaurants and tea gardens.  Being a Moslem country I was not expecting the vibe to be the same as a Sunday back home – but it was.  Families were out in force and the first tea garden, the popular Cinaralti, with tables right on the water, was full to overflowing. 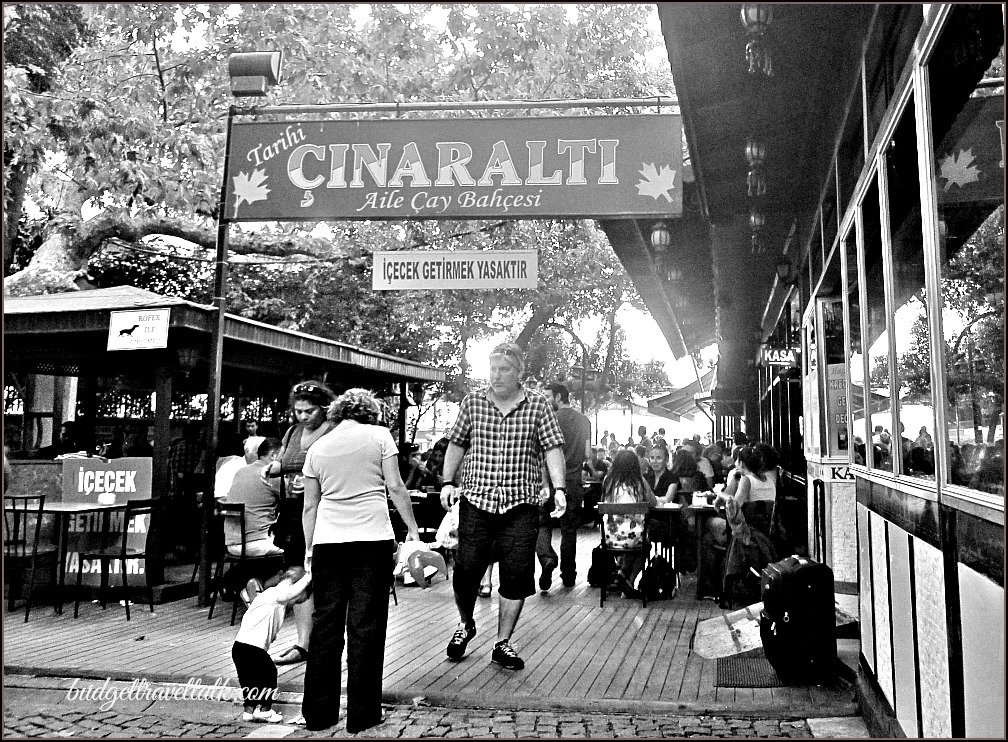 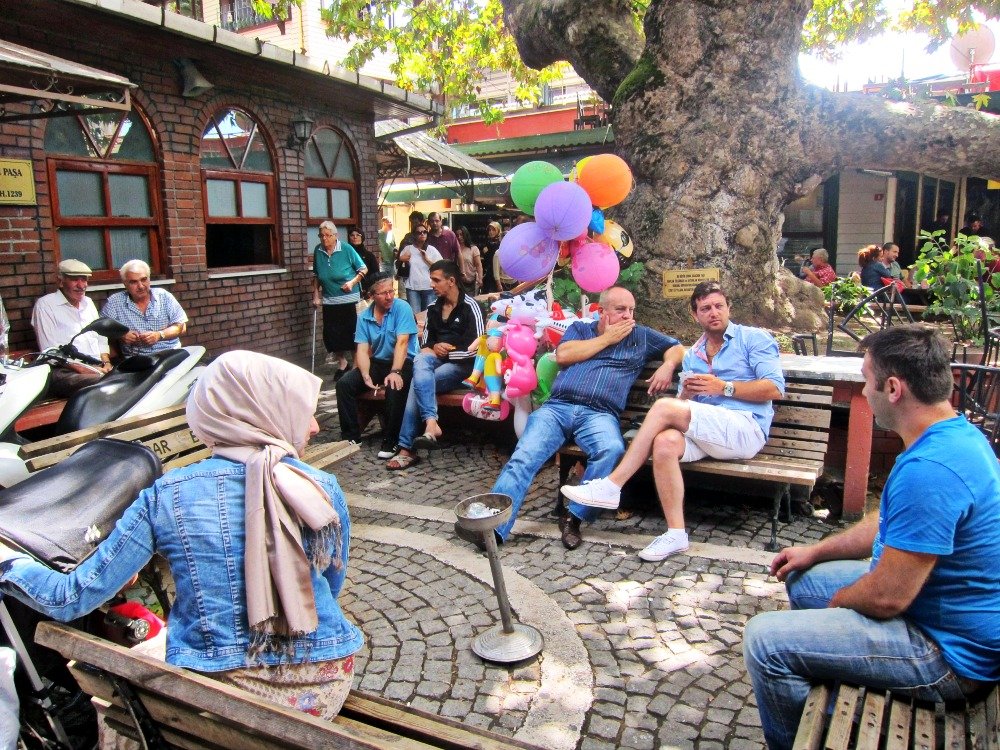 The food that spread in a jumble across the tables, looked like a mix of Bakery packages, home brought contributions and dishes purchased on site. Everyone who had a seat was keeping it while a lot of hopeful would be patrons milled around. Beneath the 800 year old Sycamore tree, a vendor relaxed with his balloons. Although I pride myself on my stealth in sniffing out potential tables we left defeated.

More Balloons in the street. 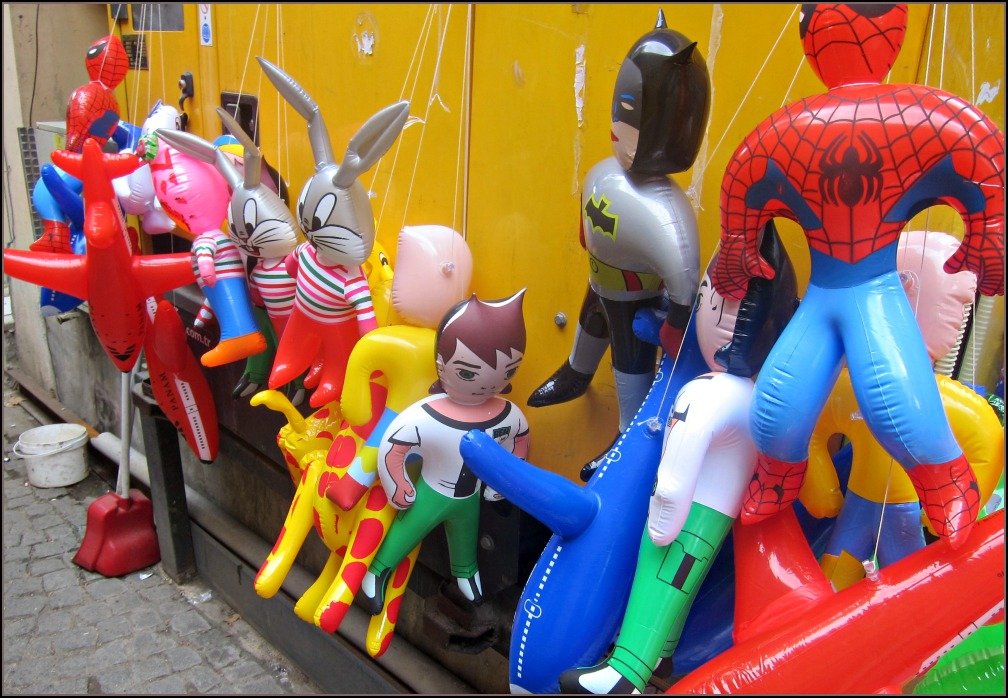 The next Tea Garden we entered (see below) was less crowded and although it had water views, was set back a little with a relaxed feel.  Still not 100% sure of the procedure and not wanting to offend, we pointed questioningly to some pastries at the next table to ours and then ourselves, but the Waiter shook his head and motioned toward the street. 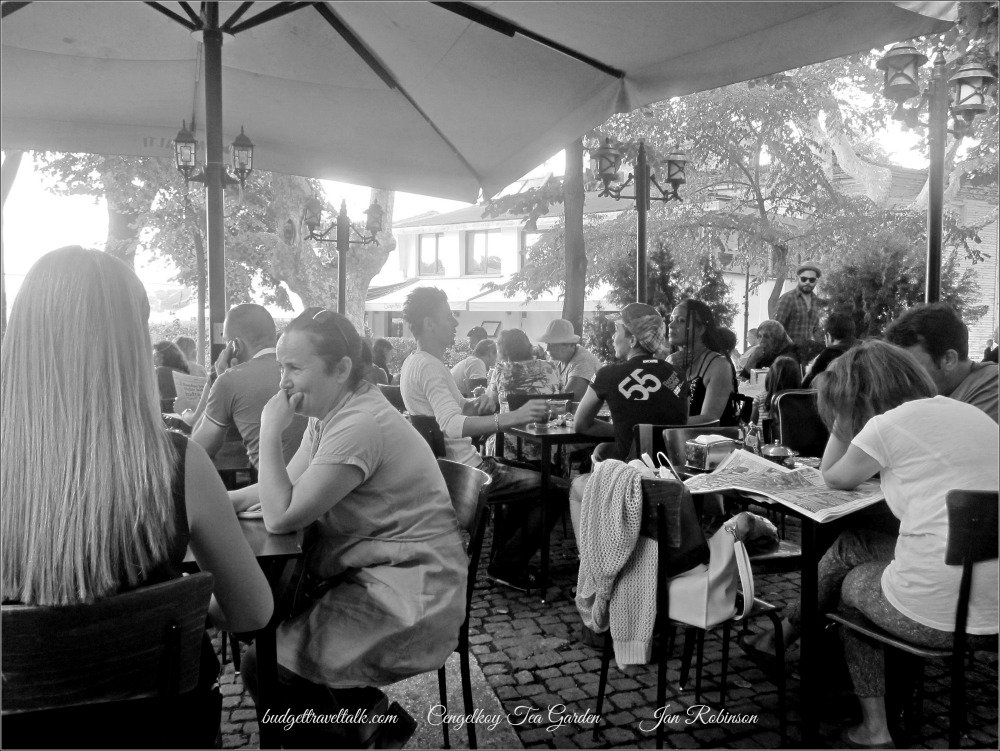 Off we went in search of our own supply of treats, ordering two glass mugs of tea for 7tl on our return.  This price was more than usual but considering the size of the glass and that we purchased our food elsewhere I thought it reasonable.  Our purchases, one chocolate cake infused with chocolate sauce and one boomerang cigar shaped mystery from Erbap Patisserie, a luscious glass fronted establishment that allowed for spectacular cake viewing, cost a further 7tl. 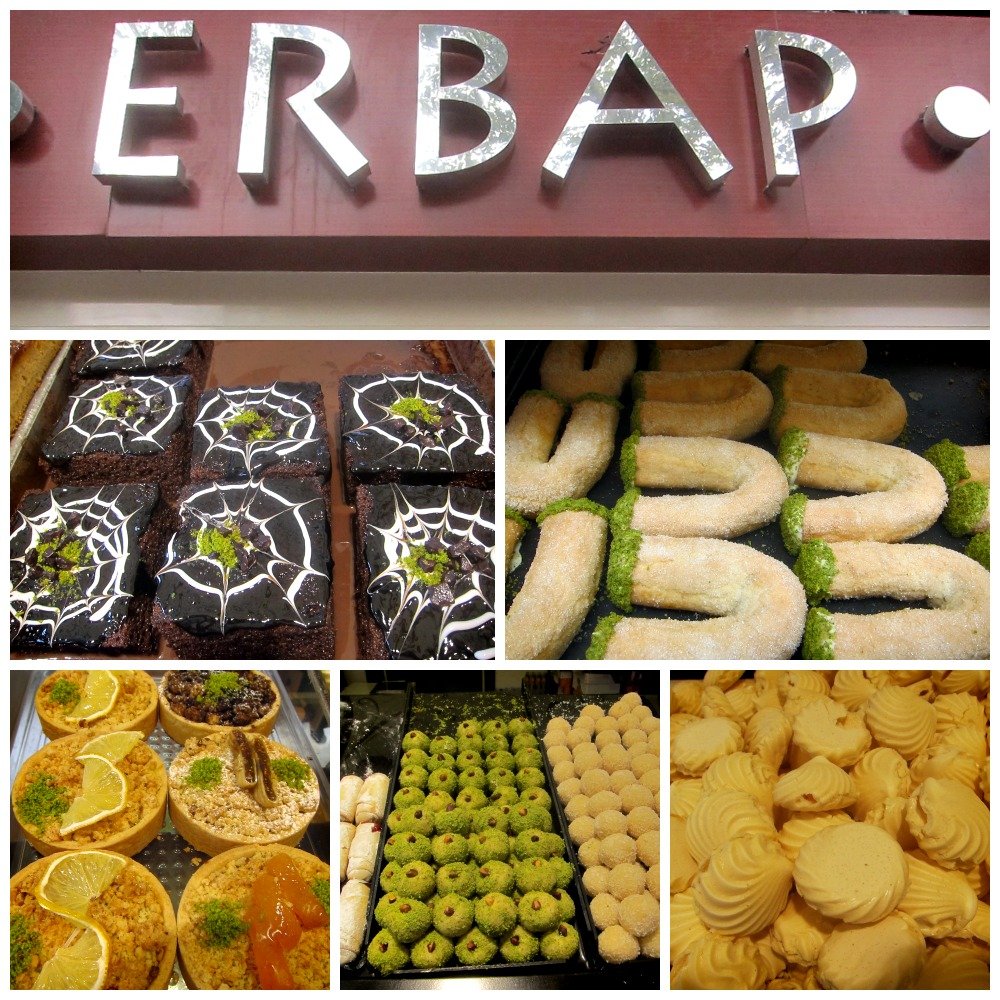 Marty loved those chocolate cakes – he ate them all over Turkey. The boomerang/cigar shaped mystery which I imagined to be filled with pastry cream, harboured a dense, possibly almond meal mixture, disguised by pistachio covered ends.  I like the unexpected.  It was so filling I only ate half before passing it on.

The sun was shining and the path beside the Bosphorus looked inviting.  Every accessible point was crowded by fishing folk who like most Istanbulians favoured long rods.  These fishermen were more successful than the hopefuls on Galata Bridge though, catching sardines six at a time using multiple hooks.  We walked for as long as we could beside the water and then some, passing expensive looking homes and an old wall.  A film was being made at the wall, the scene being of a suit wearing brief case toting man crossing the road.  A spy if ever I saw one while the rest of the cast milled on the pathway looked quite glamorous.

In the parks picnicking Families clustered around their wood burning tea urns.  In Australia a portable BBQ and an Esky (drink cooler) is considered necessary equipment for a picnic in the park, but in Turkey it was definitely an urn to make tea with.  A modern parralel of Aussie Billy tea you could say. It seemed everyone wanted to be driving and showing off their cars, the bends and undulations of the Bosphorous shoreline adding a certain panache to the proceedings. 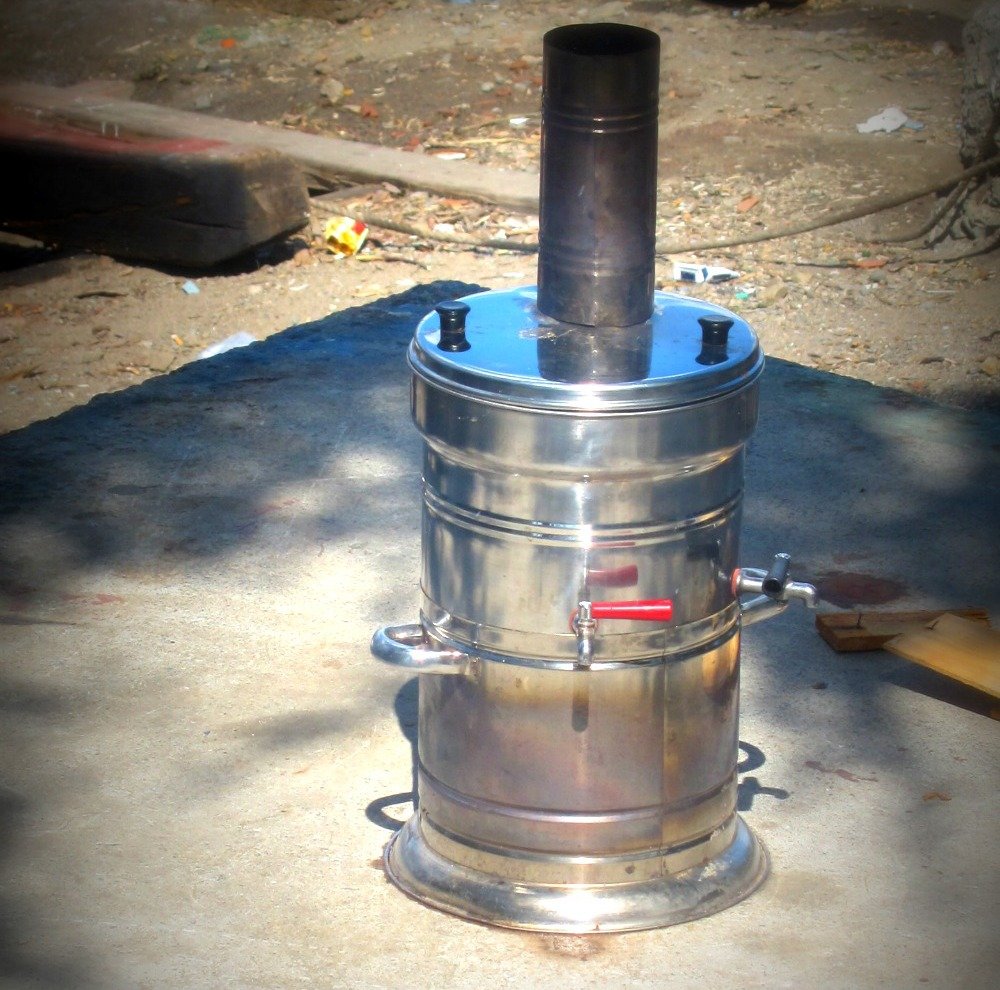 Arriving back at Cengelkoy and having now mastered Tea Garden etiquette, we purchased both spinach spiral (4tl) and meat borek (6tl), both being weighed first to determine price.  We chose two different establishments to buy from, joining the lines of people to wait our turn – the spinach was our favourite. Back at the Tea Garden we opted for two softdrinks this time for the same magical 7tl total. 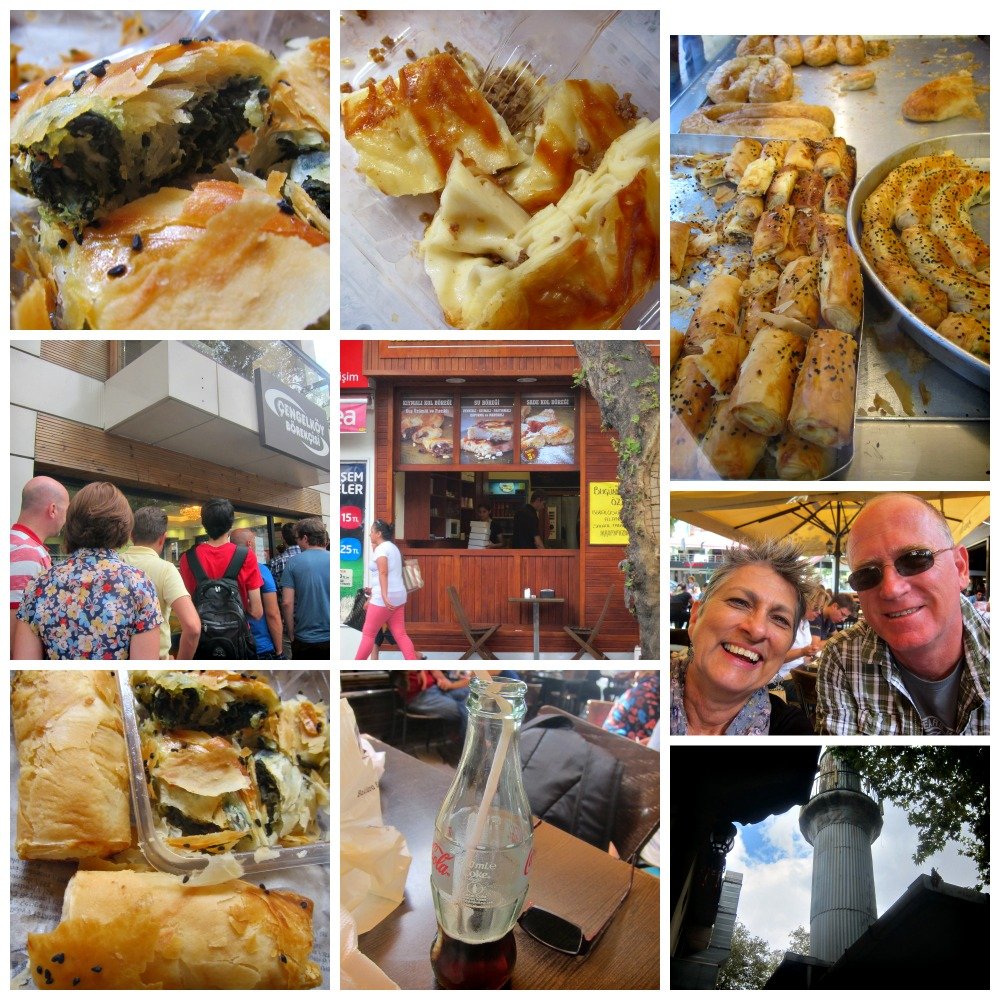 The trip ended with a walk back to Beylerbeyi and a return bus ride to Uskudur and our ferry home.  On the European side, the Eminonu ferry stop was so close to the Spice Markets that we detoured to pick up some figs and lemons, before crossing the Galata Bridge to our third floor Galata apartment.  Another intriguing day spent in Istanbul.

Photos from the Bosphorus shore at Cengelkoy.

Looking back to the crowded Cinaralti. 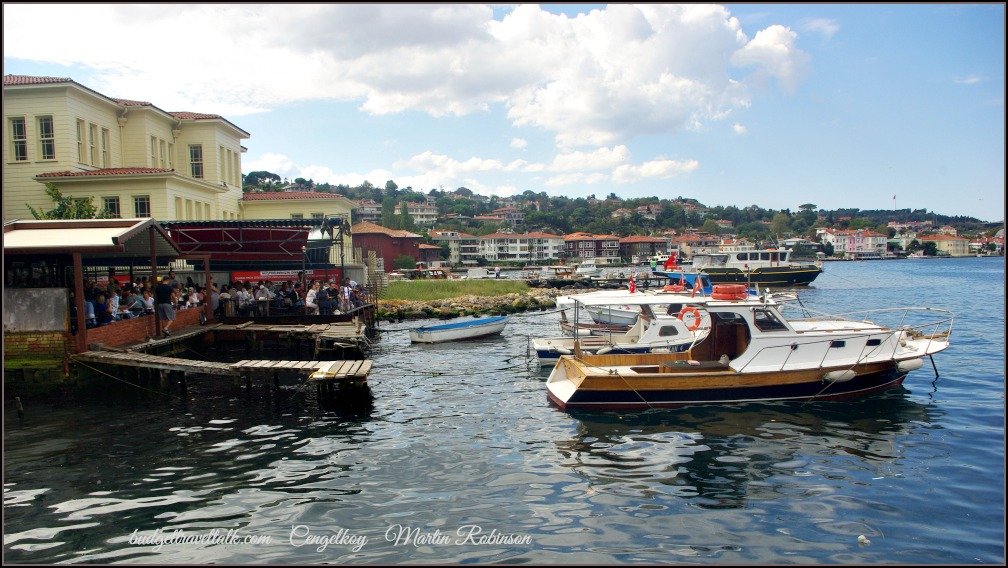 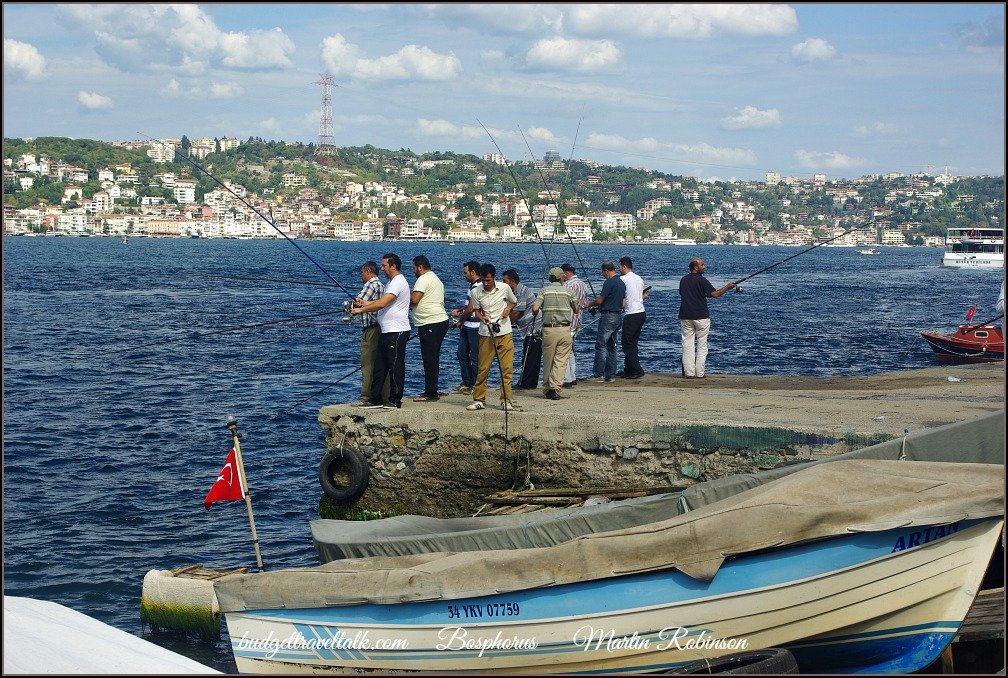 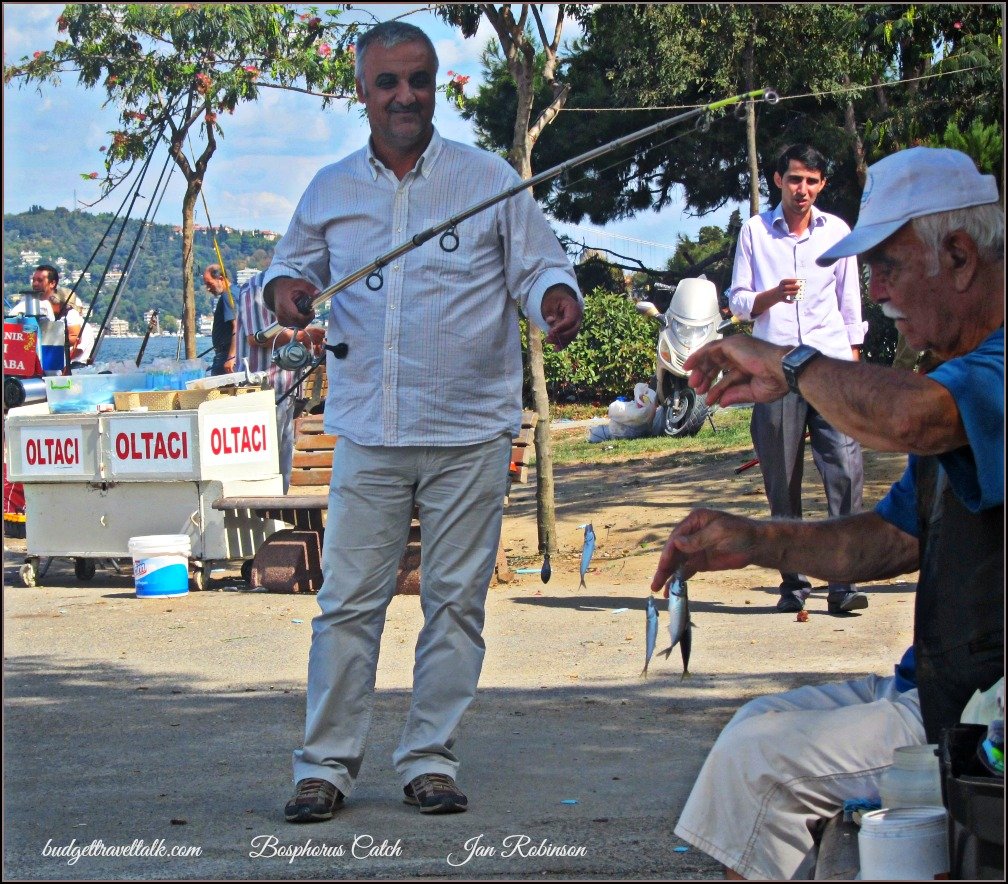 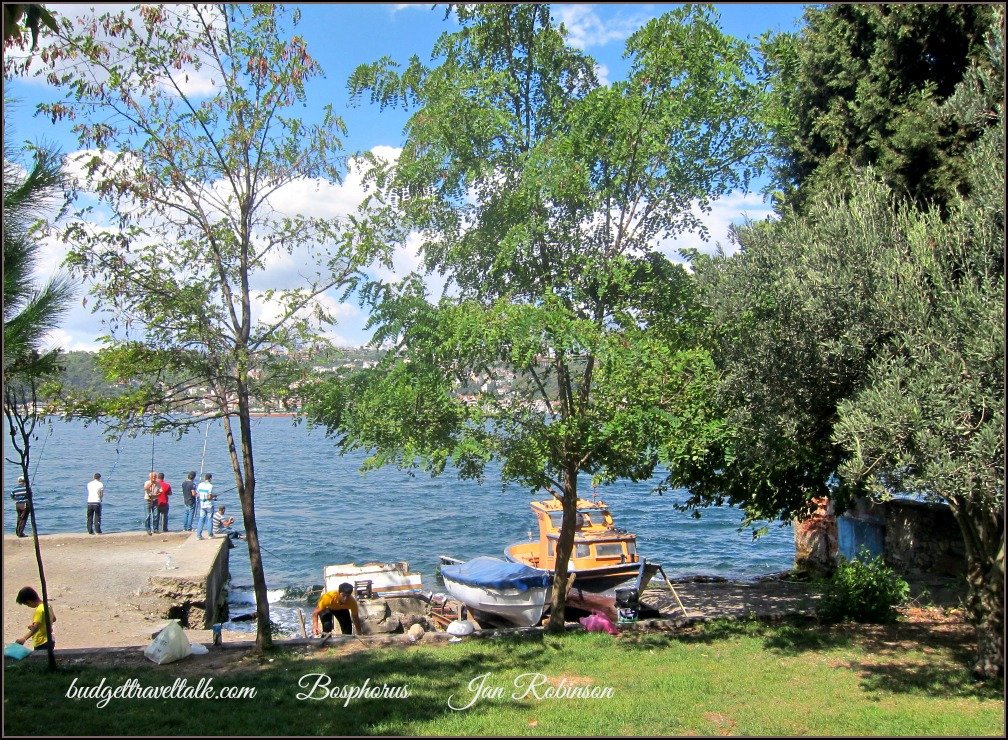 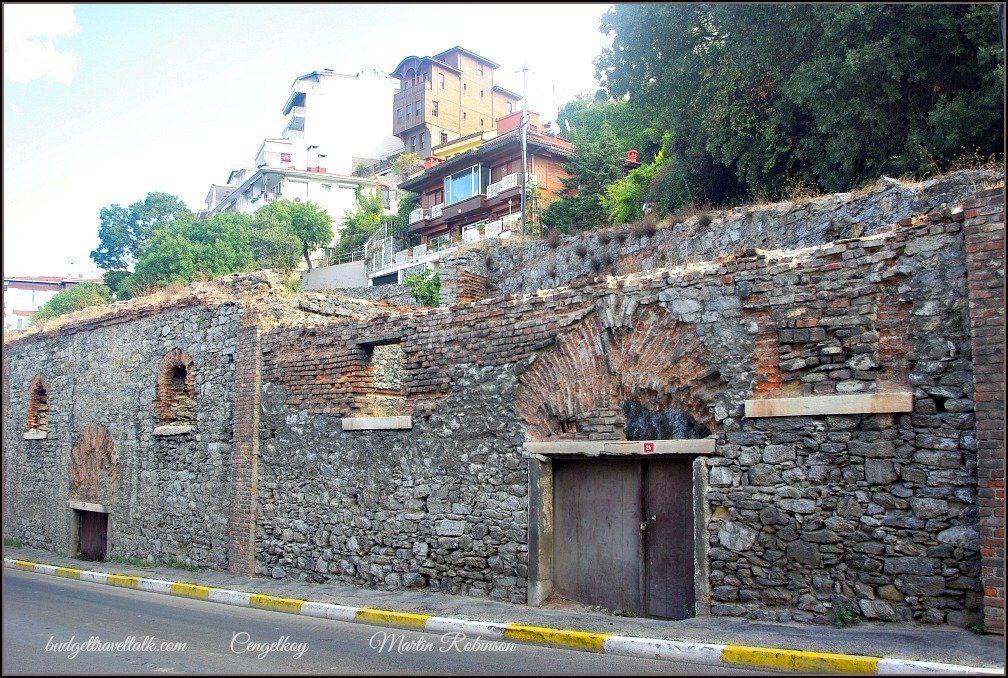 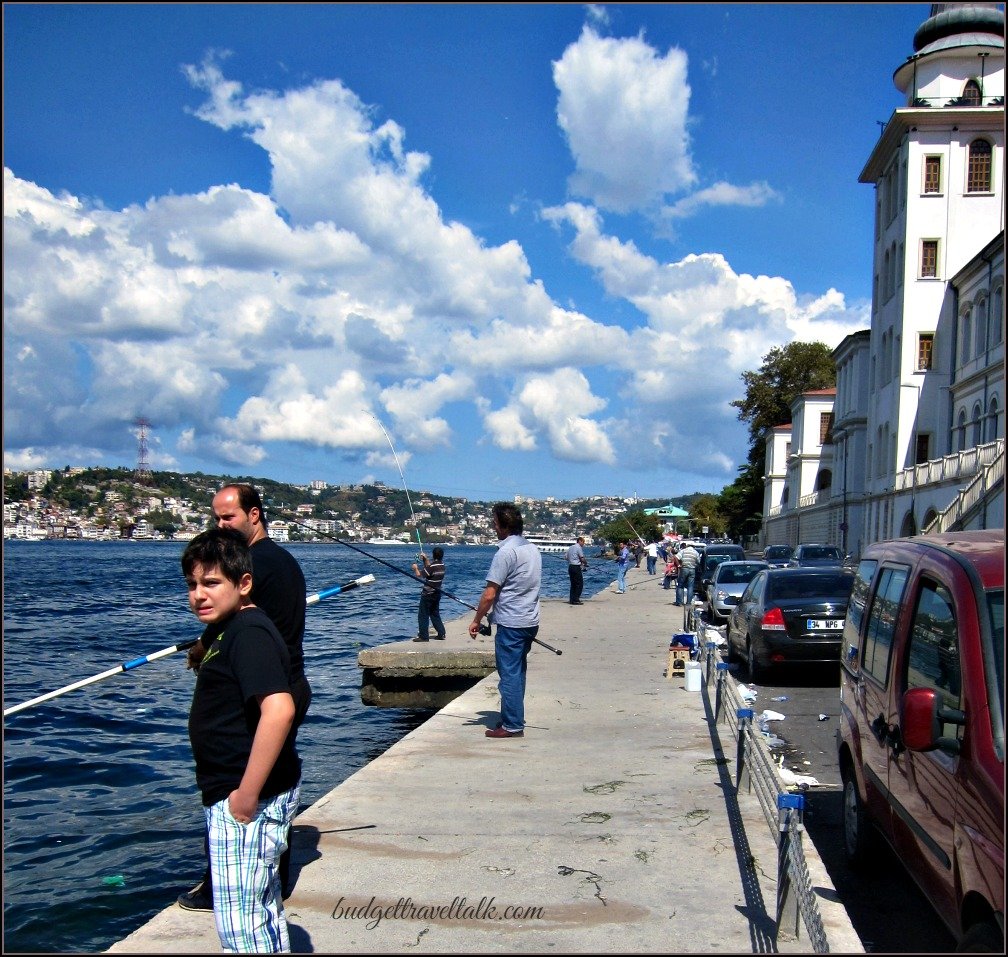 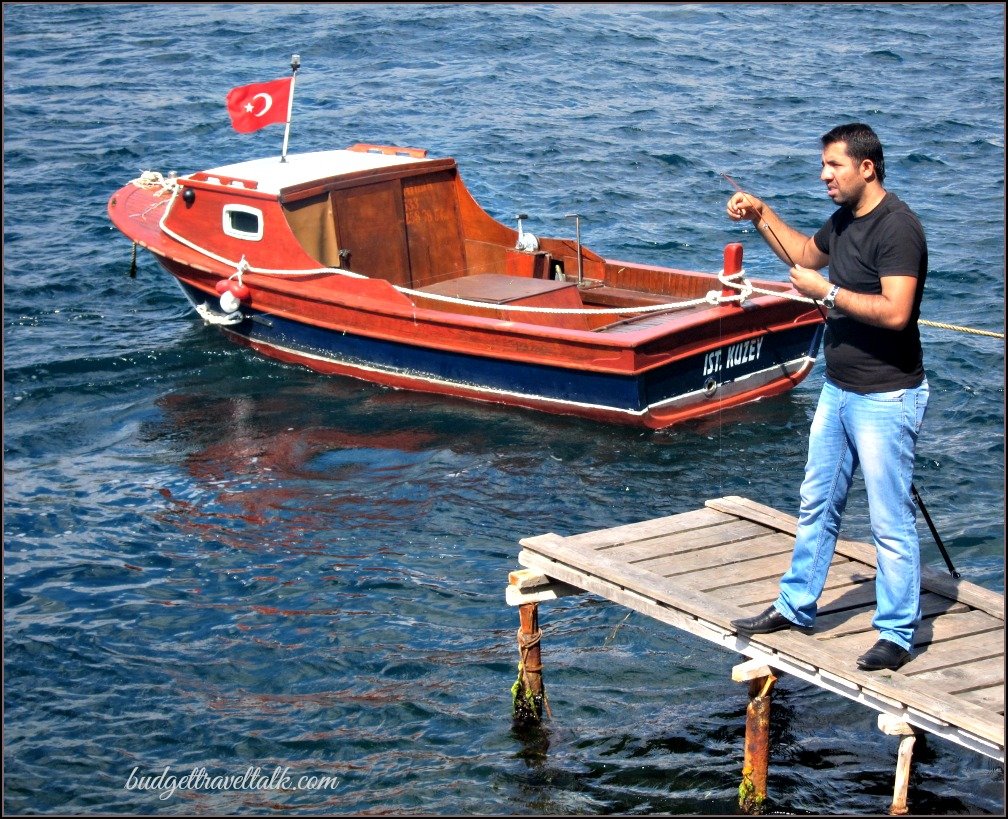 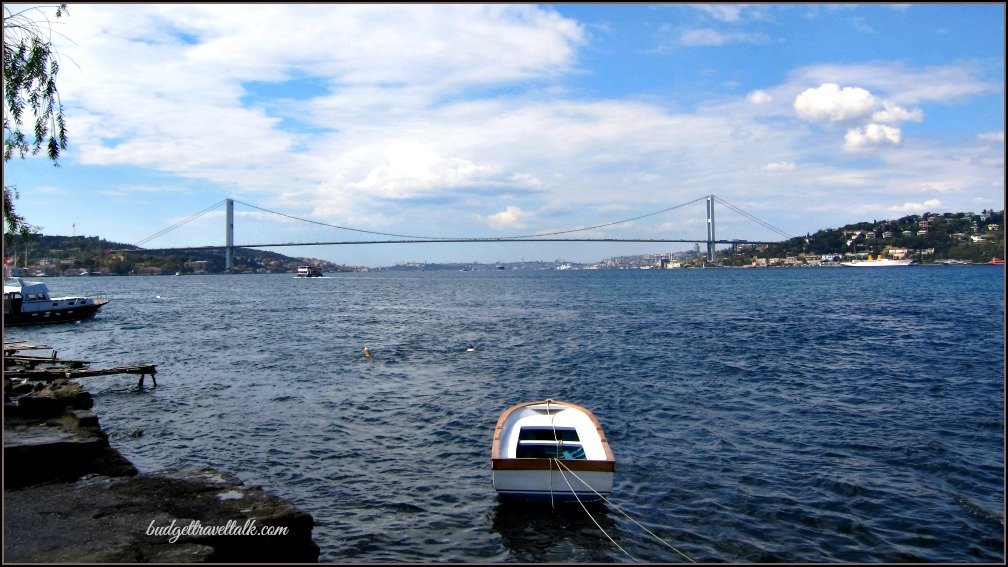 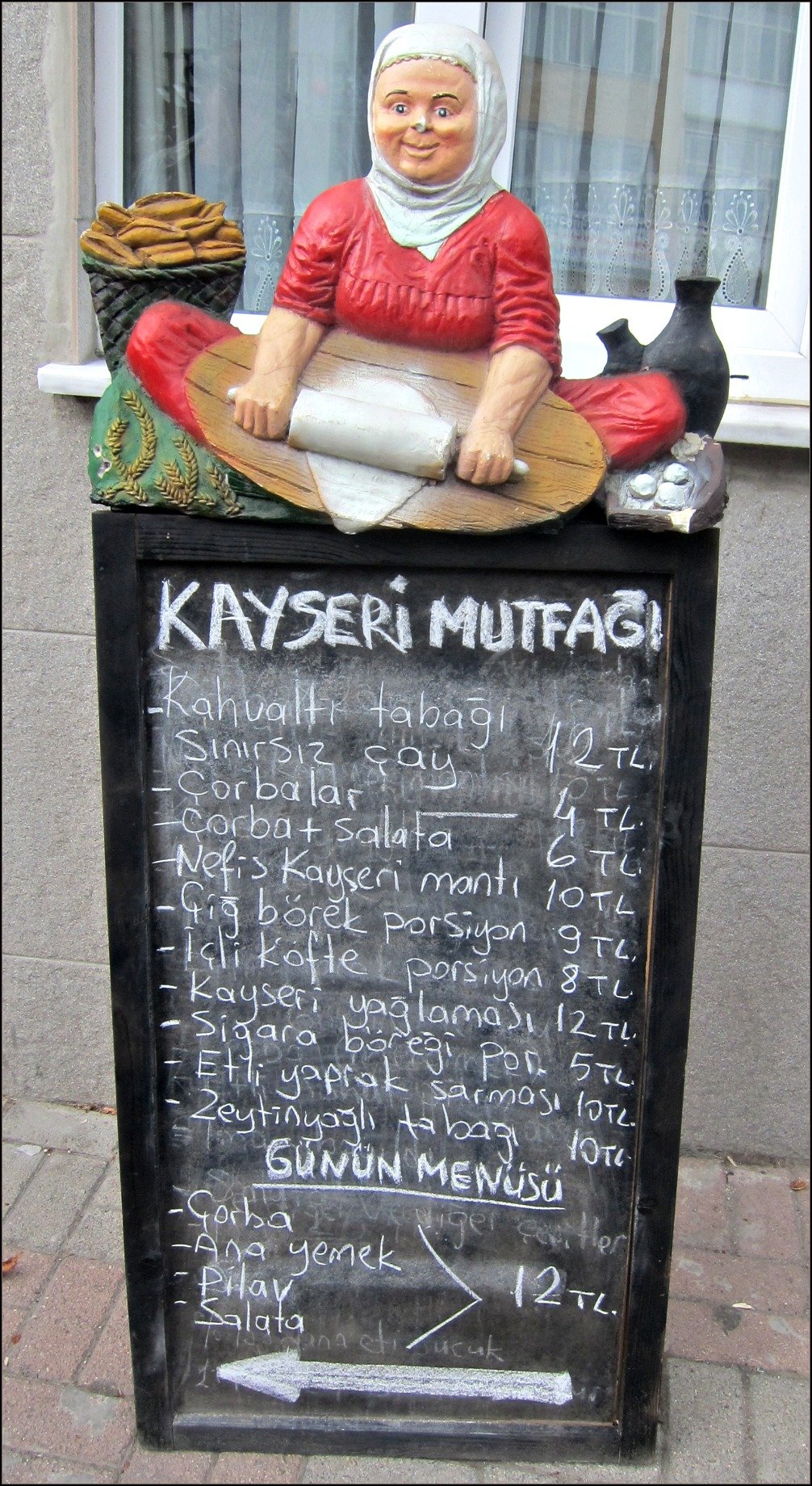 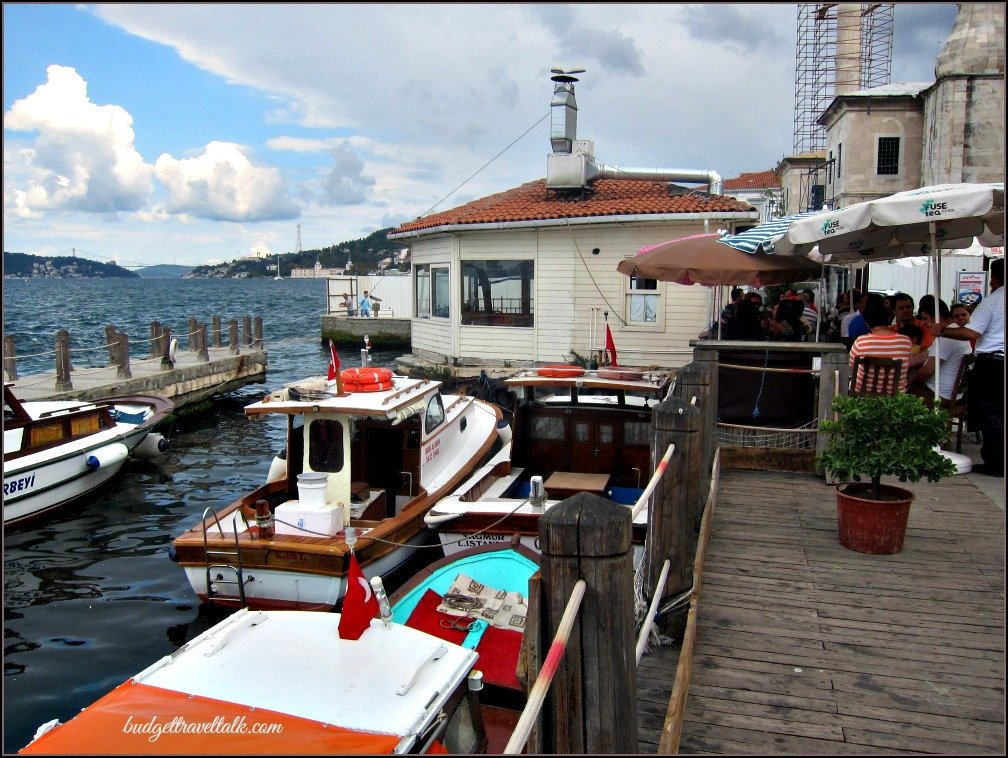 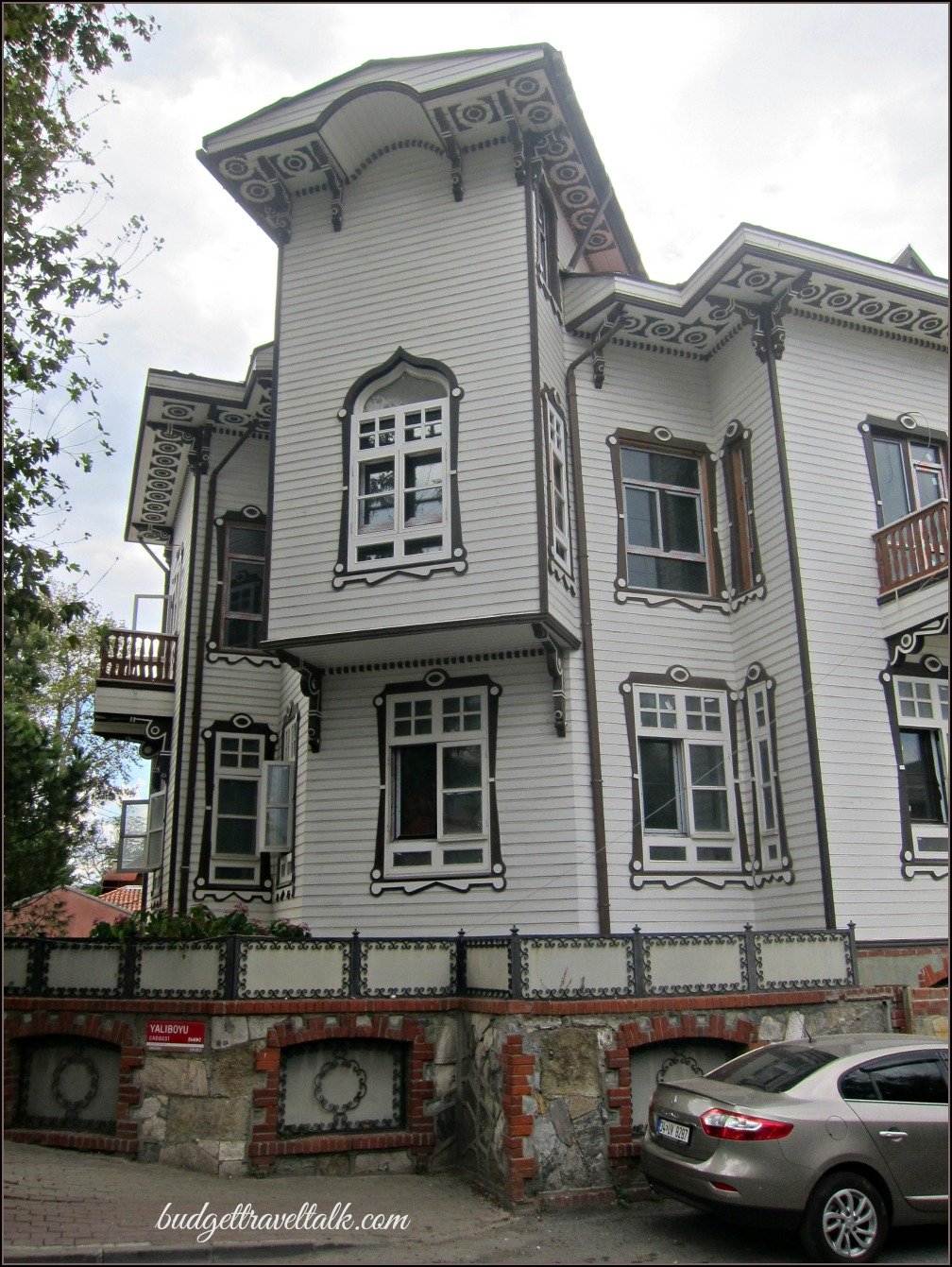 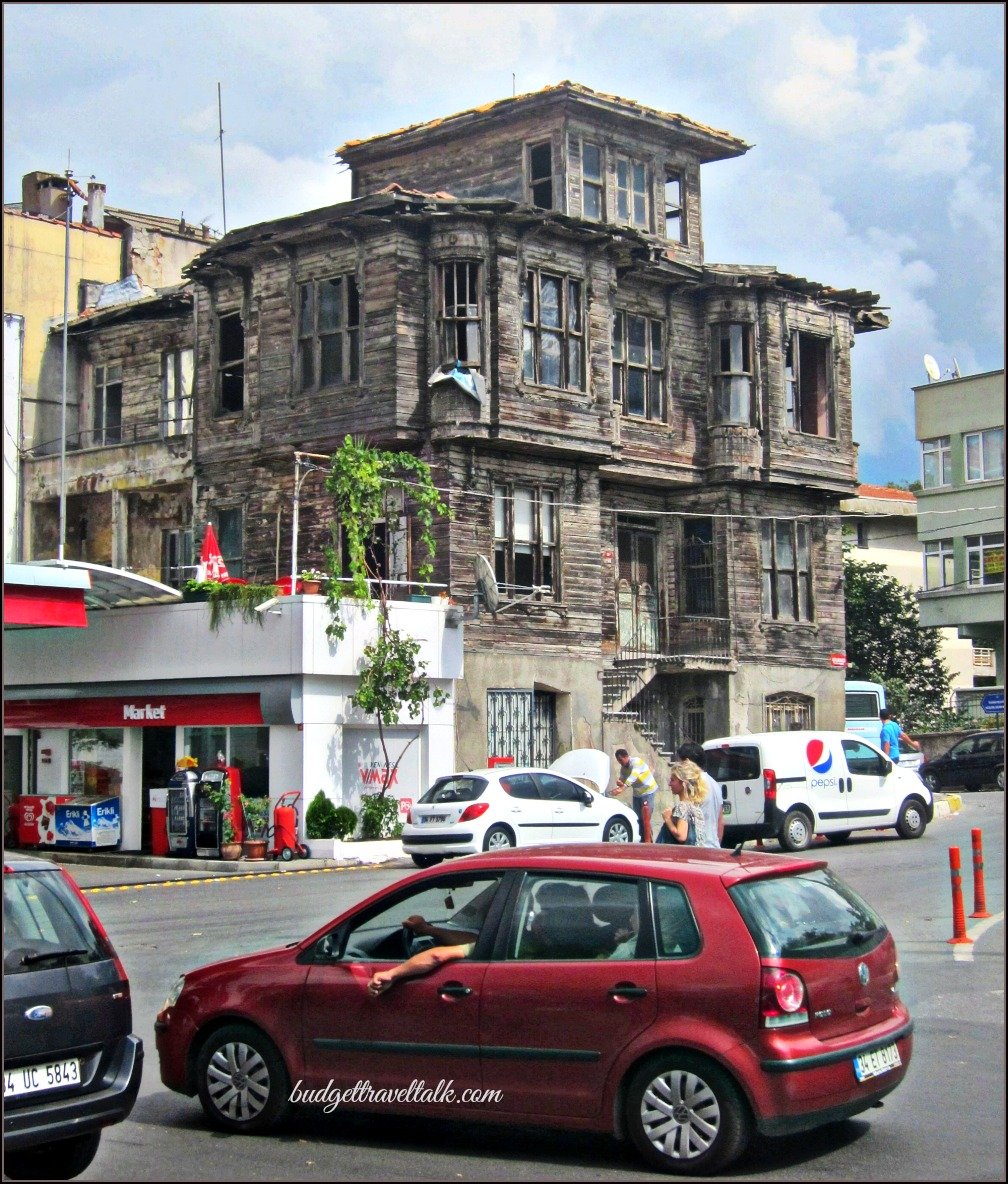 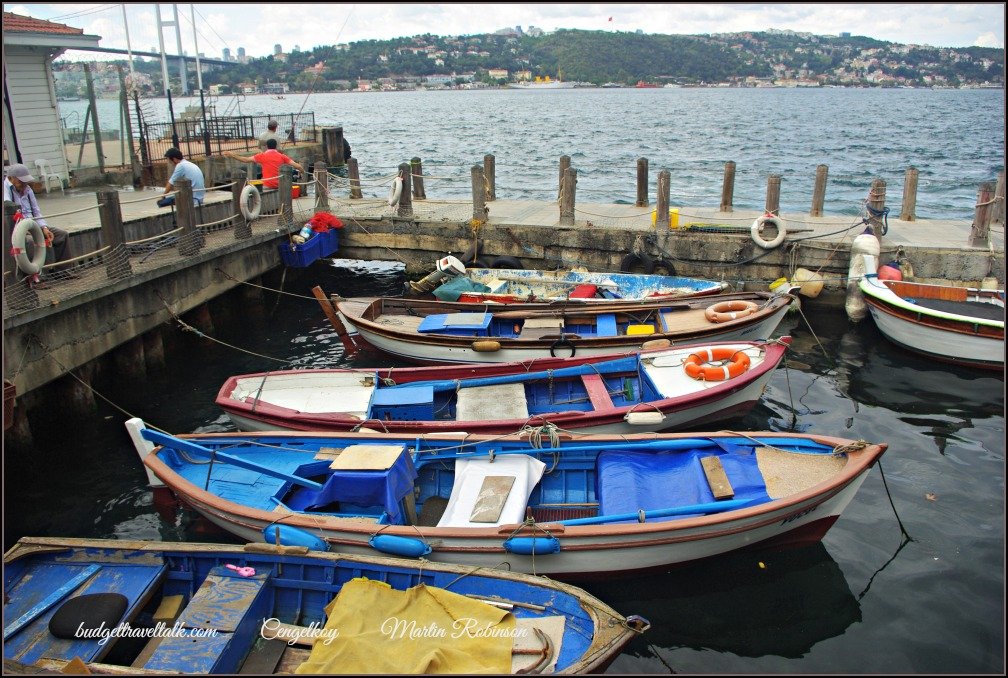 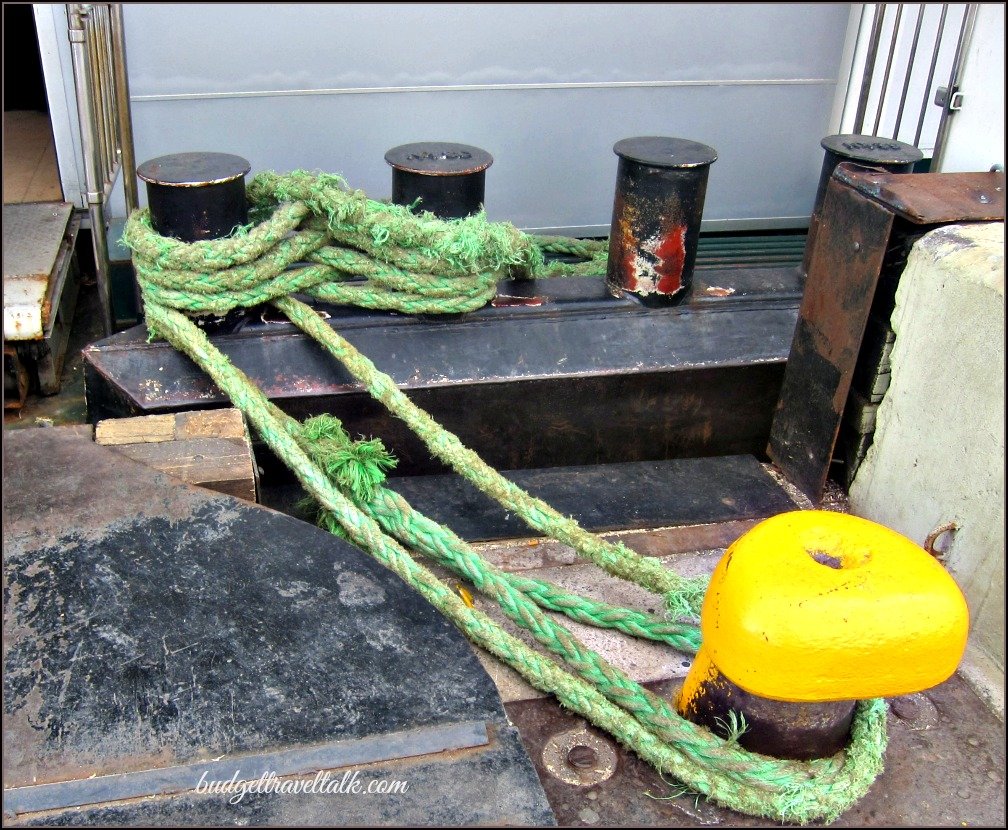 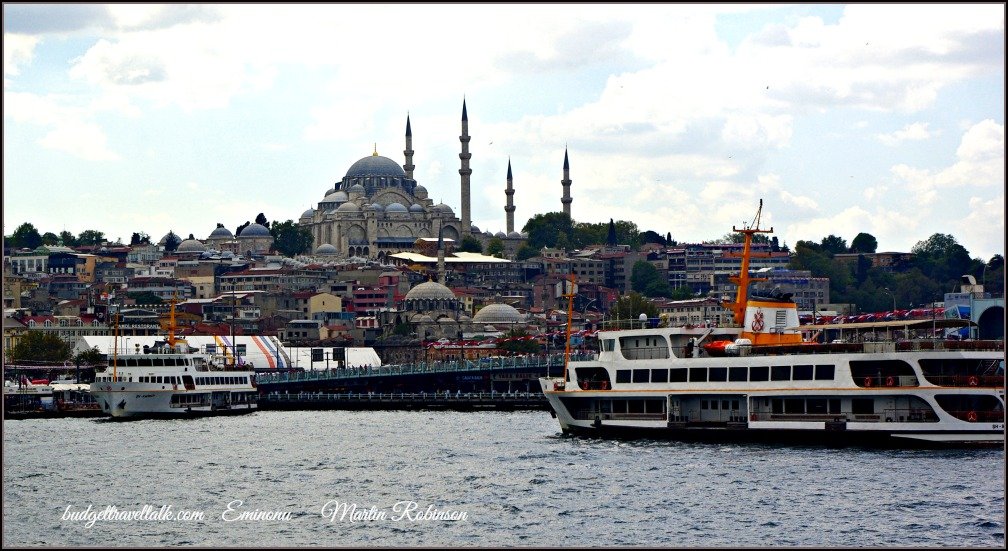 Pincushion Island at the Mouth of the Maroochy River Queensland
Next Post: Ten Photos from Intriguing Kampot