Walking from the North Shore at Mudjimba through the She Oaks to the beach on Queensland’s Sunshine Coast, I was once again mesmerised by the sparkling blue of the ocean.

It reminded me of a friend we made in Turkey who said of the Mediterranean “It’s always so sparkly”. 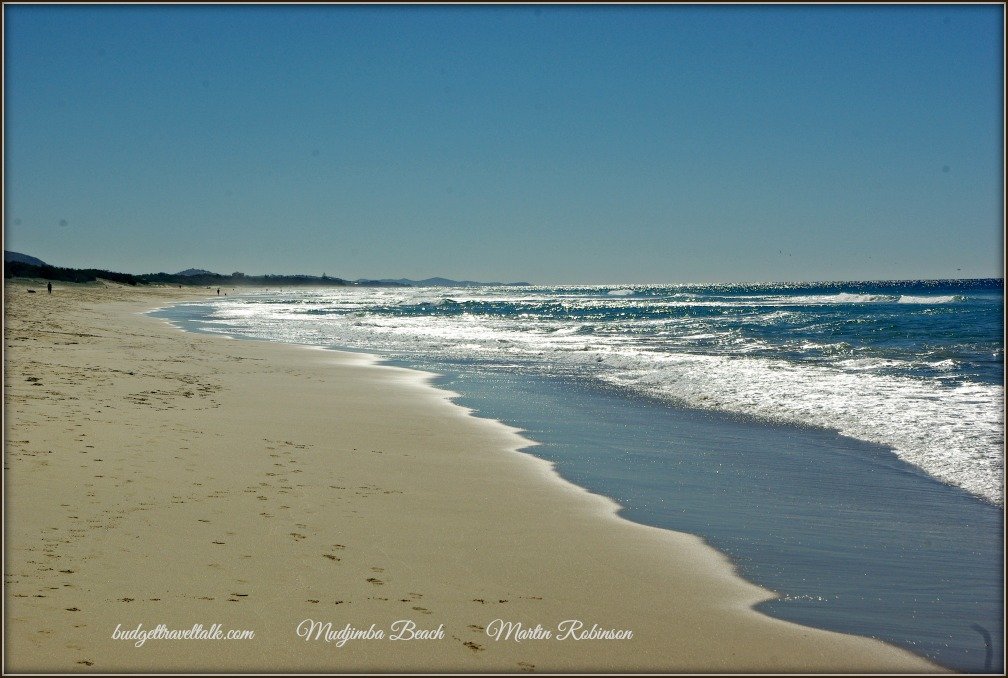 Although we were some 1200km south of our home in North Queensland, familiar She Oaks welcomed us to Mudjimba Beach. 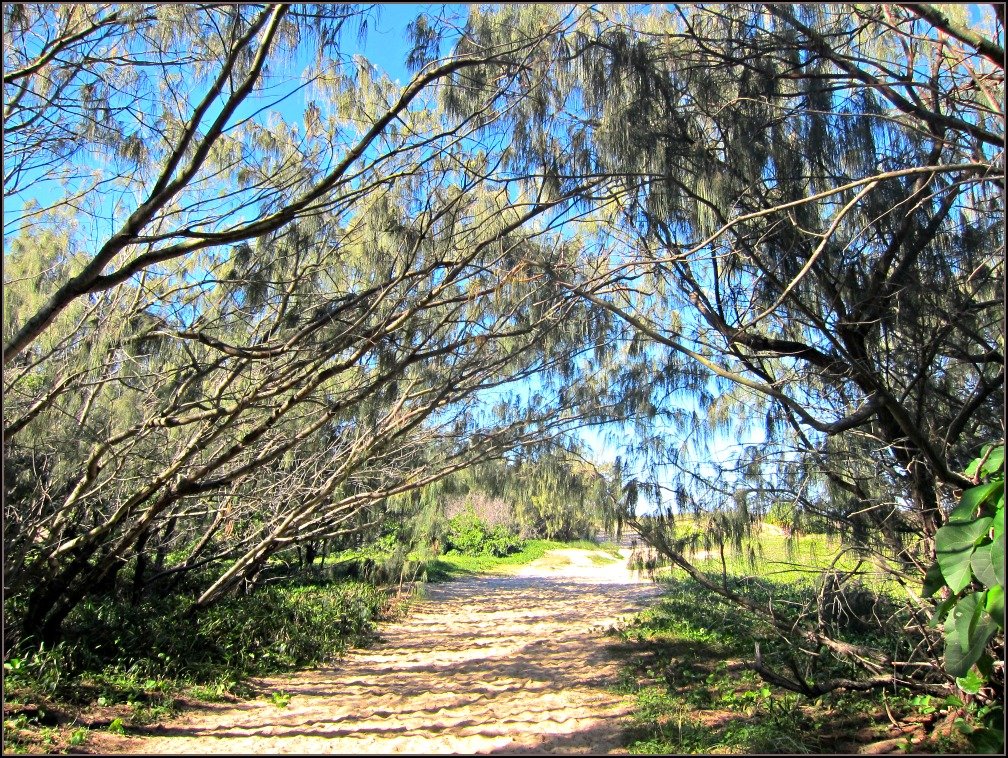 Over the years we have visited many beaches on the Sunshine Coast, from Noosa in the north, through Peregian and Coolum, but never before Mudjimba.  Mudjimba sand was squeaky soft like other beaches on the coast, so different to the coarser grains on North Queensland’s beaches.

Even though the weather was cool – too cool for us to swim – the water and sky were super Blue. I felt the crisp air and powdery sand, saw the sparkly water and blue skies and got that tingly Sunshine Coast feeling. 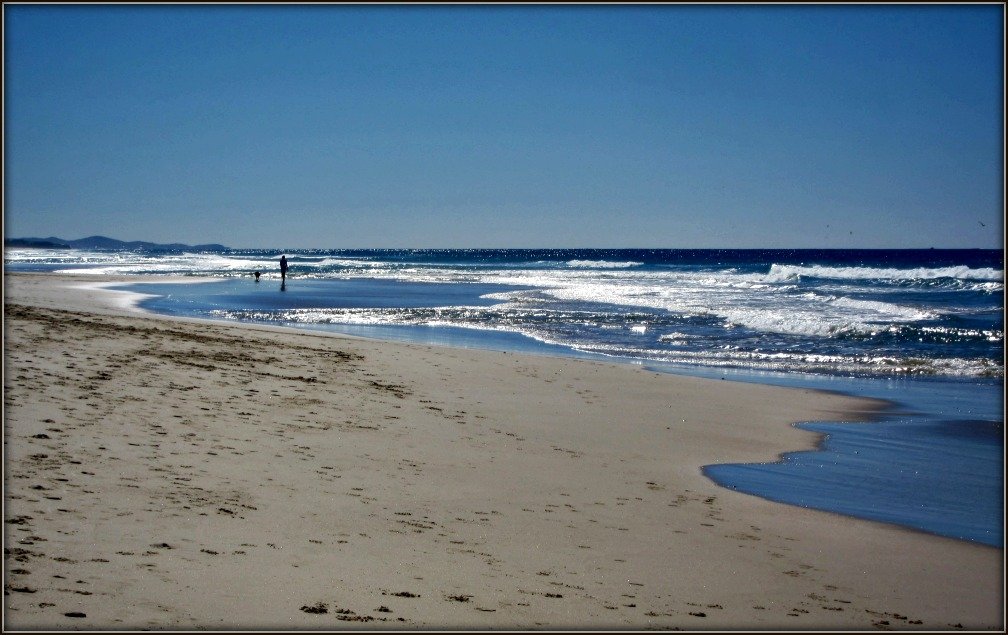 Leaving the She Oaks behind we saw a rock on the beach toward the mouth of the Maroochy River, with a Maroochydore backdrop. 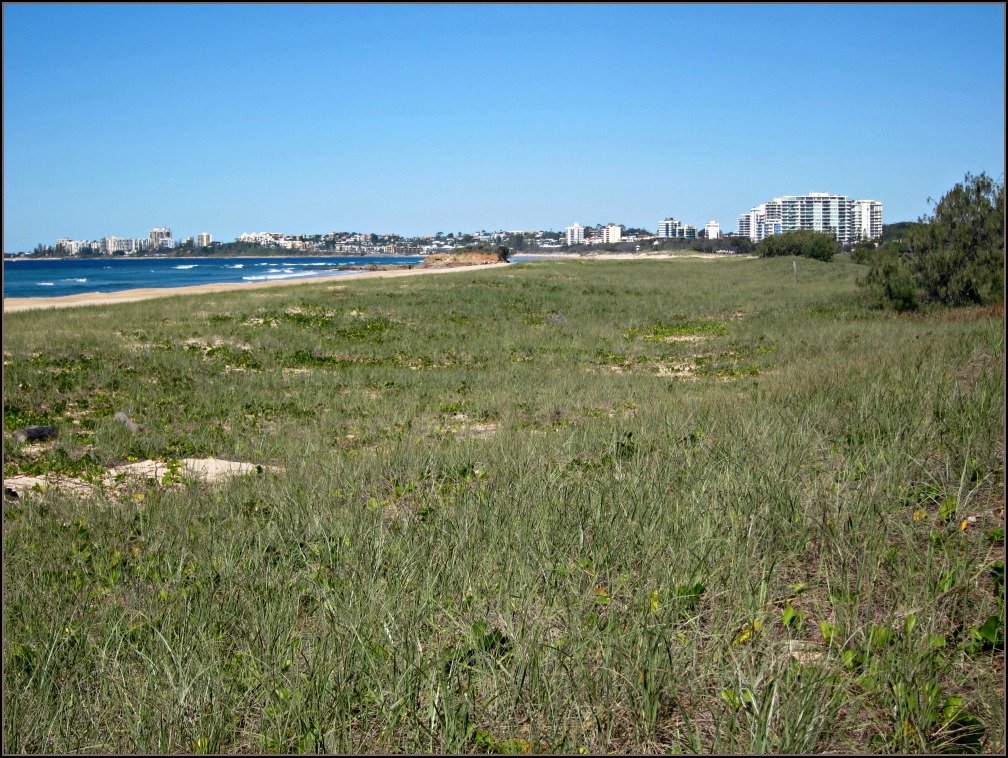 While in the other direction was Mudjimba Island. 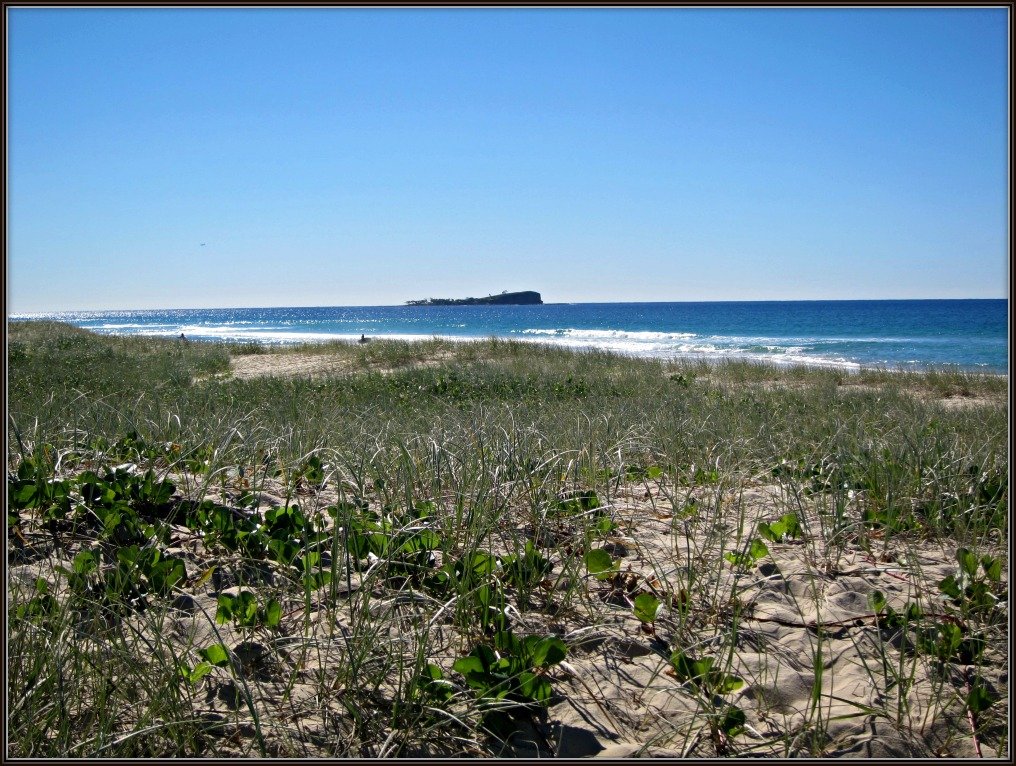 I couldn’t resist this photo of the Maroochydore high rises sitting on the rock. 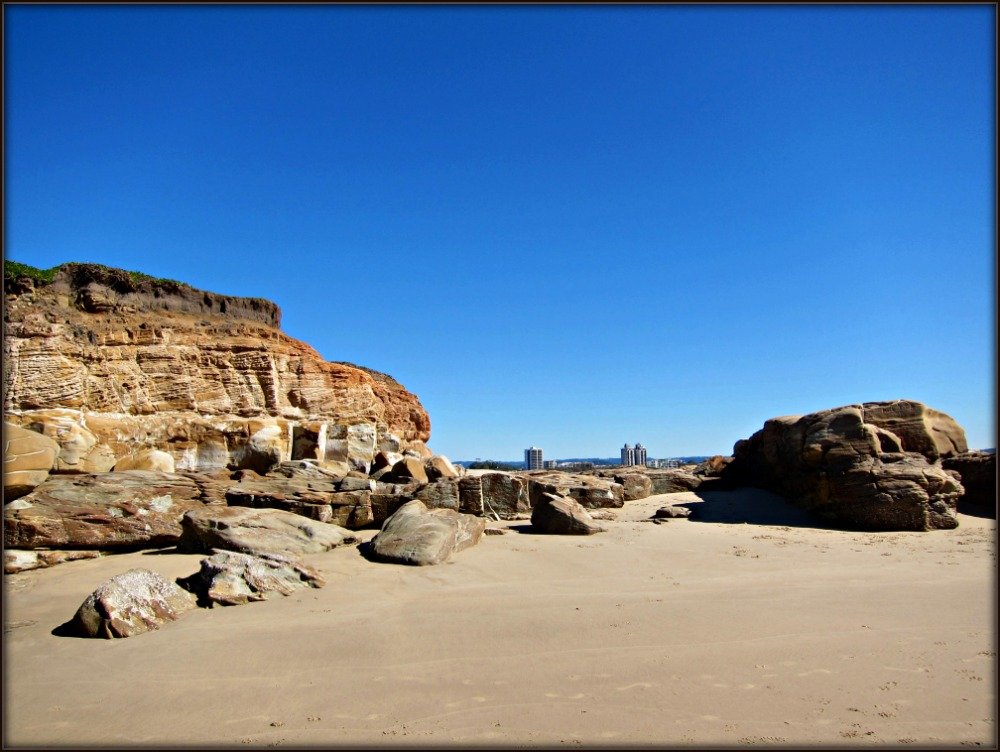 Circling the rock with it’s colourful layers, we discovered fences, posts and grass that looked vaguely like a pincushion from Mother’s Sewing Box – soft and puffy on top of the rock. 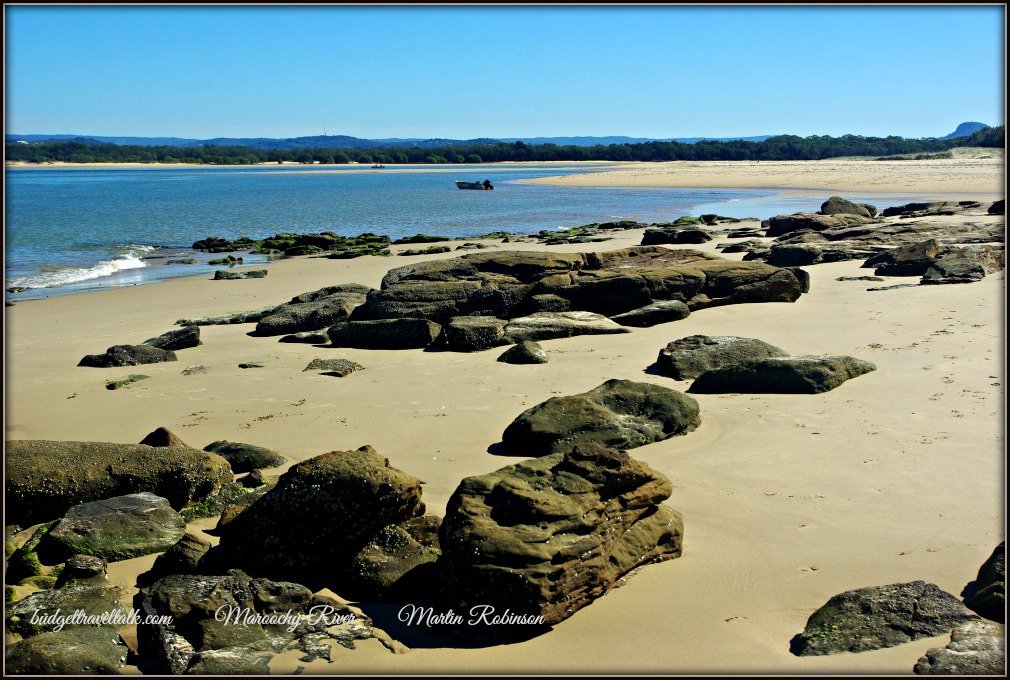 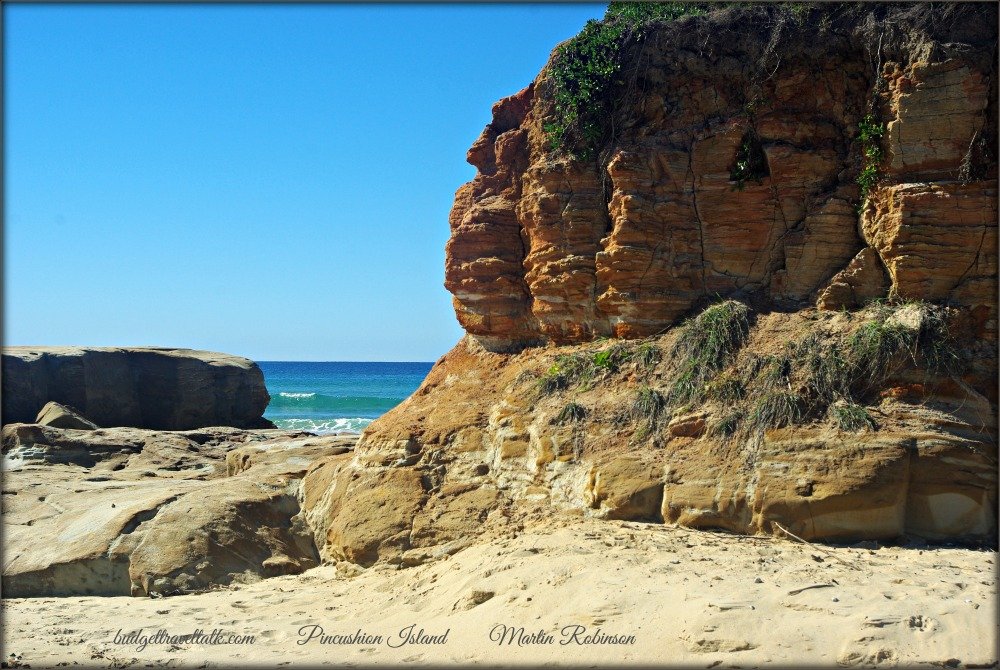 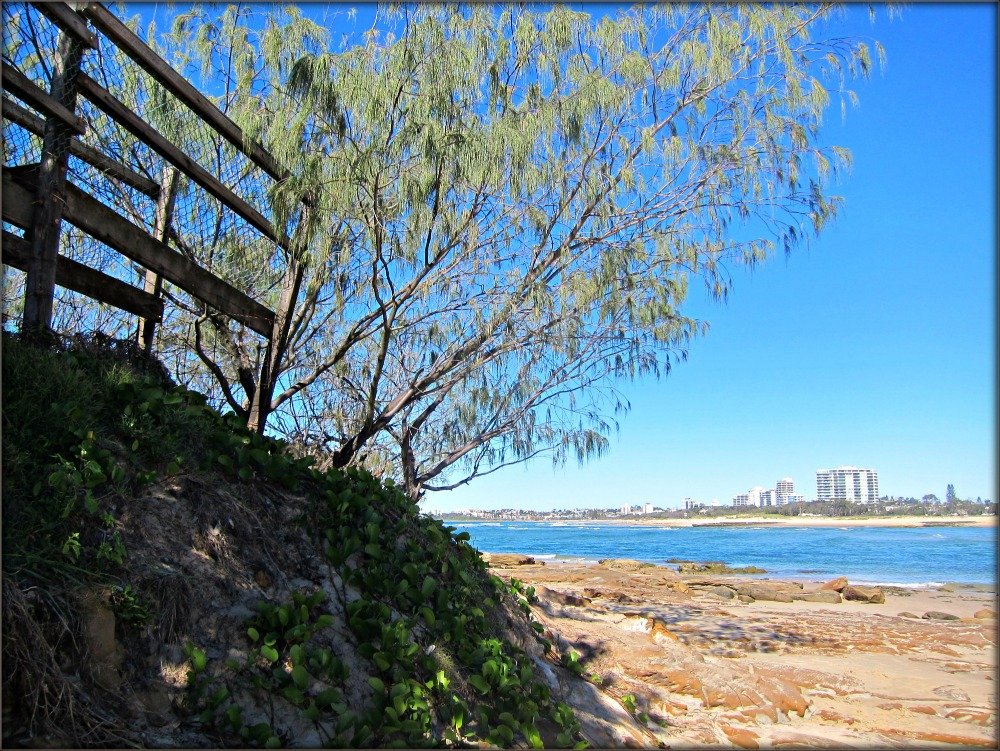 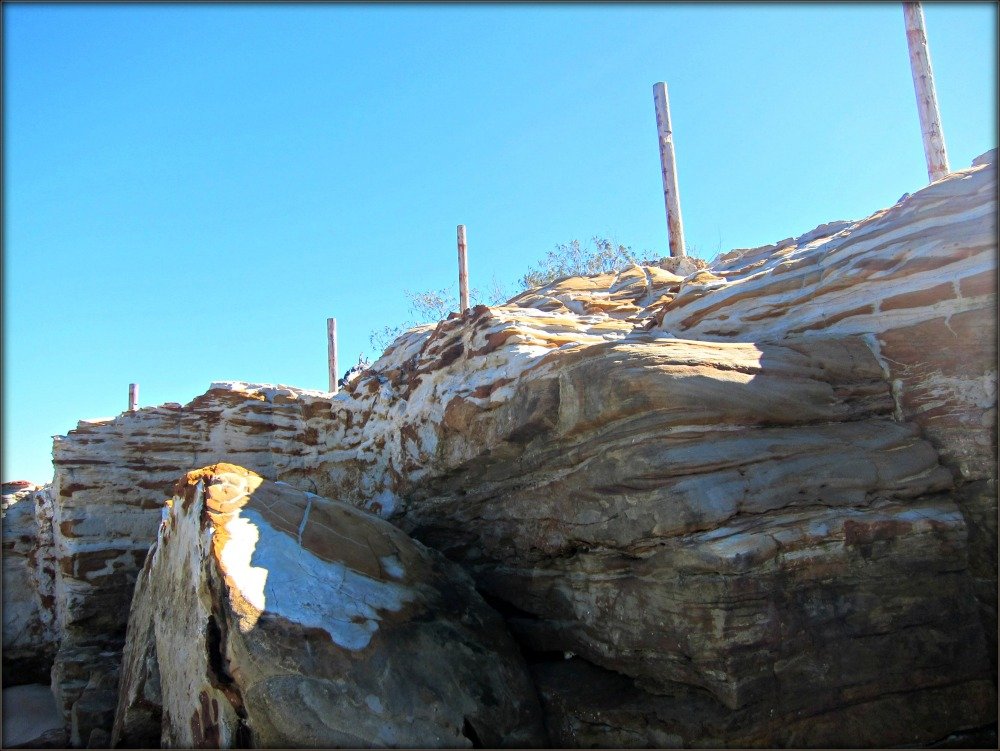 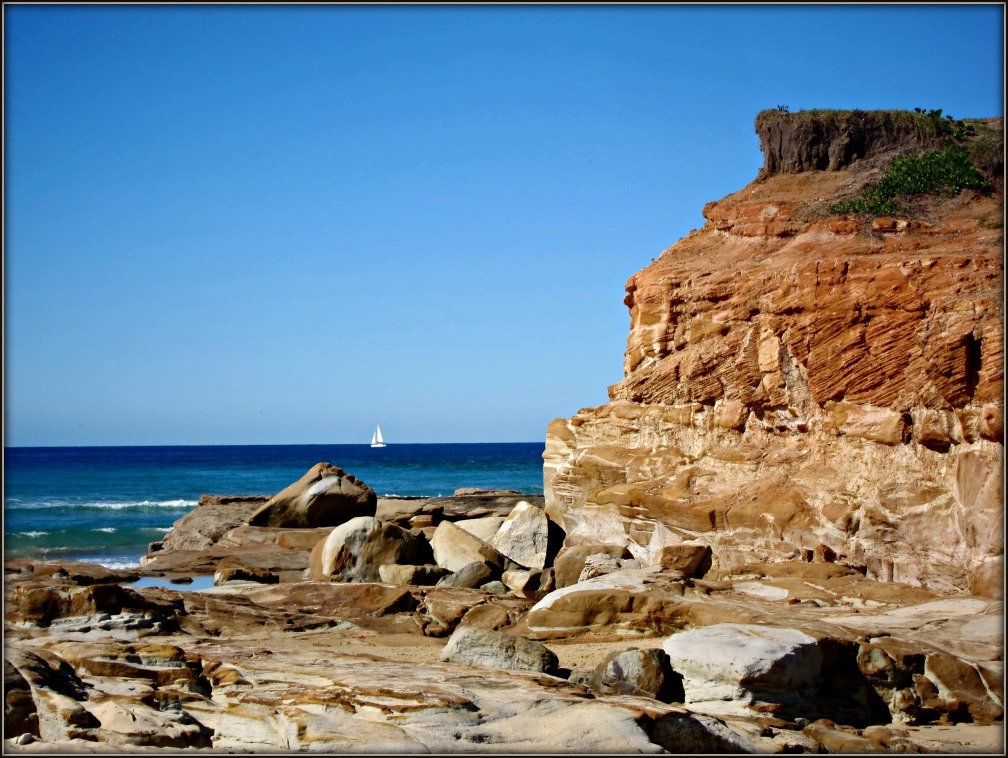 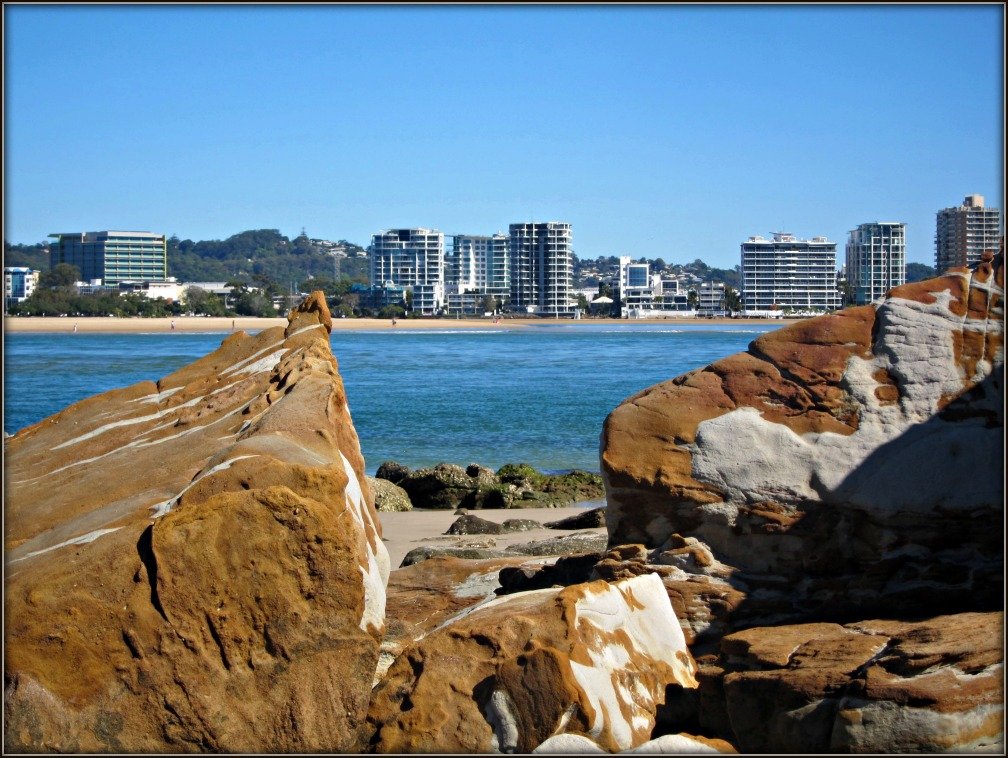 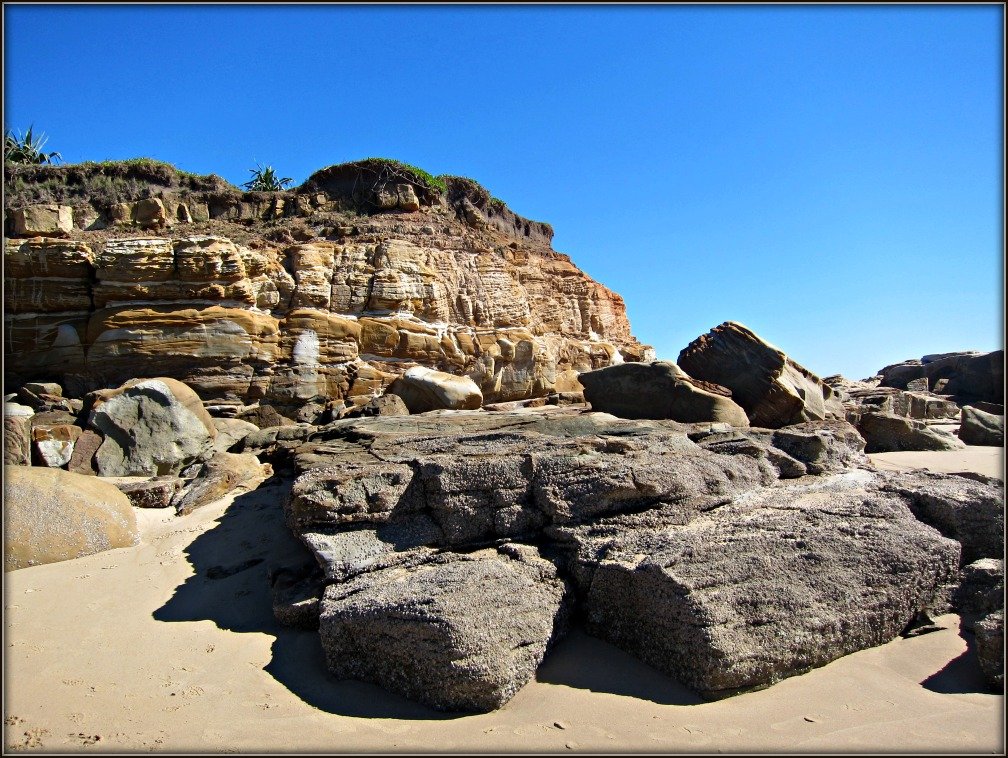 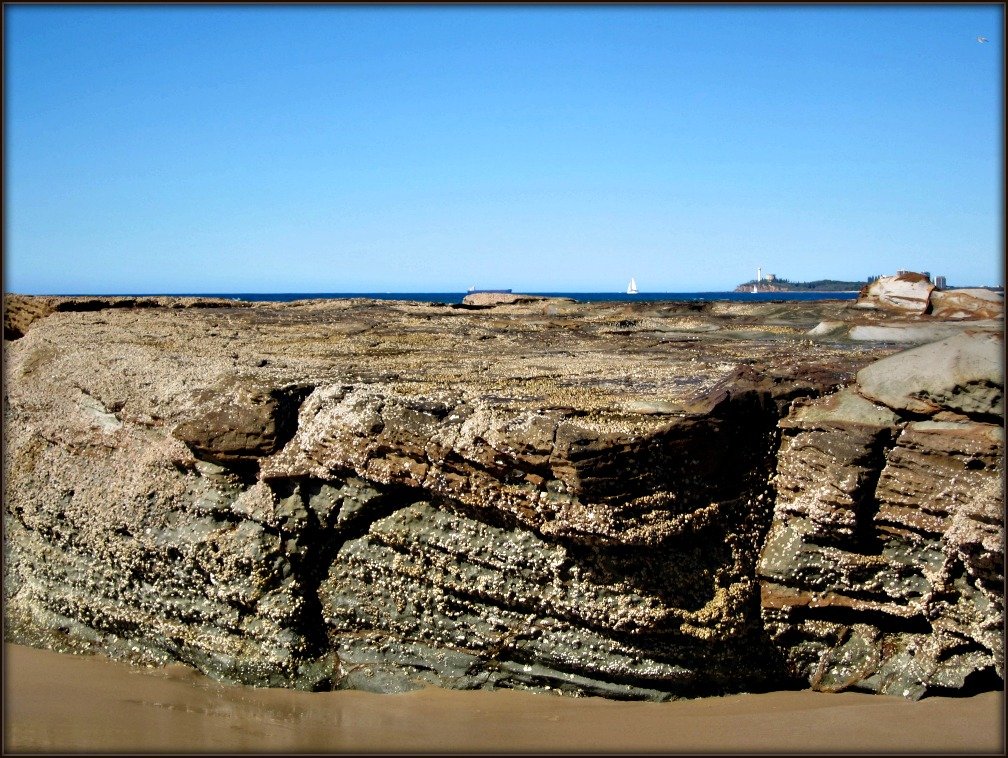 It wasn’t till we returned home and I did some research that I discovered that under certain movements of tide and sand, the rock became an Island – Pincushion Island.

The sights of Istanbul from the Kadikoy Ferry
Next Post: Cengelkoy in a hook of the Bosphorus in Istanbul