With a long time between trips to Rome we found ourselves revisiting the big sites, but this time we wanted to discover what to do in budget Rome off the Beaten Track. This was when we found the Rome Riones of Aventino, Testaccio and Ostiense. Aventino, the hilly suburb overlooking Rome is quite well known but Testaccio and Ostiense are not often visited by non-locals.

We loved staying is Trastevere, Beyond the Tiber (river) and I do think it is the best place to stay in Rome for first timers. Walking it’s buzzing alleys is a favourite past-time with travellers, foodies and locals.  We stayed there in the April of 10 Weeks in Europe and it was such an easy place to explore from and return home to.

It is easy to follow Trastevere’s atmospheric streets on the west bank of the Tiber to the Vatican City, across to Villa Borghese in the north, before filtering back home via the Pantheon, Piazza Navona and Campo del Fiori. Other walks lead west to the Palatine, Forum and Colosseum.

Click here for Romantic Things for Couples to do in Rome.

Trastevere is well connected by bridges and crossing the Tiber via Ponte Palatino led us to the interesting neighbourhoods further south to the Rome off the beaten track areas of Aventino, Testaccio and Ostiense. 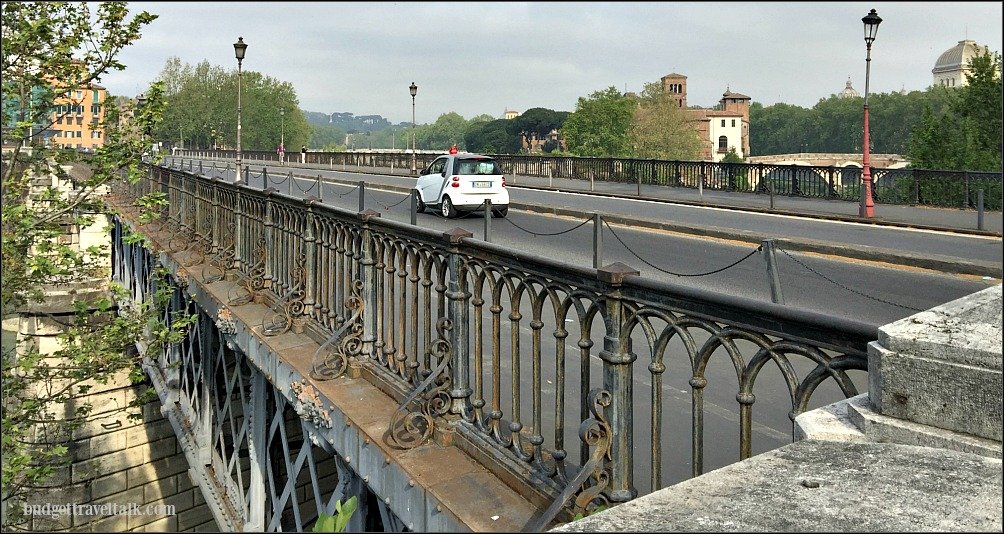 A desirable address – Via Santa Melania. 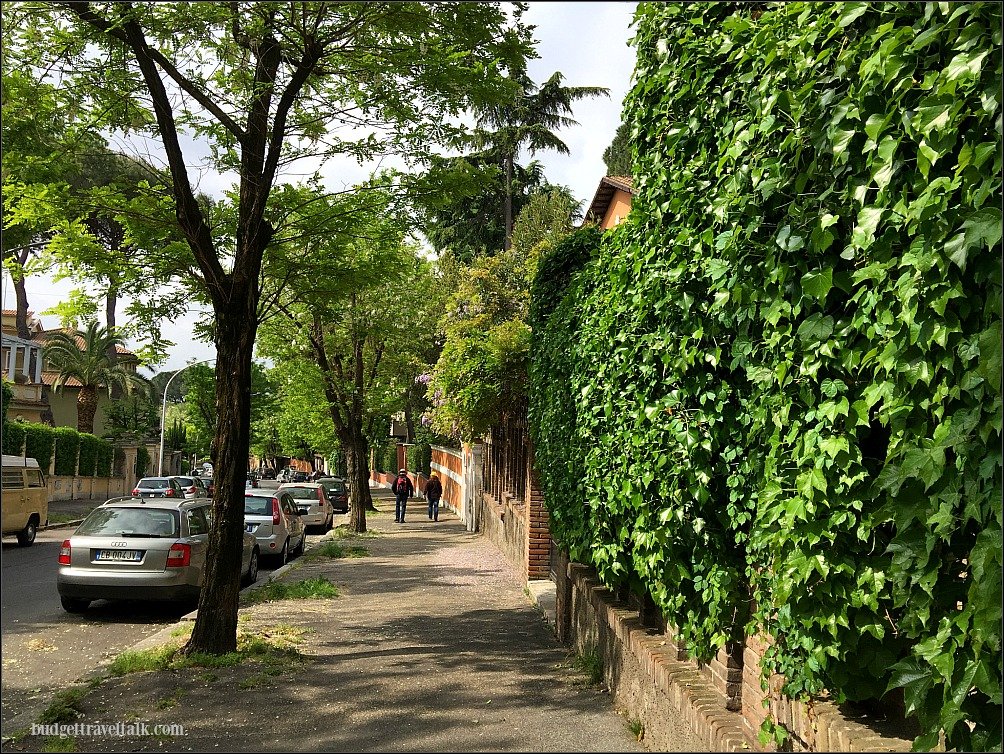 Directly across the river from Trastevere and south of Circo Massimo is Aventino.

Named after Aventine Hill (one of the original seven), Aventino is well-known for extensive views across the Tiber as far as St. Peter’s Basilica and over to historic Rome. Parco Savello’s towering plane trees captivated us from the wrap around windows of our Airbnb apartment and it was gratifying to finally stand beneath them with Rome spread out before us.

Don’t be tempted by the orange laden trees in the walled garden as they’re not eating oranges. If they were, I’m sure the homeless who sleep there would be appreciative. The fountain on the bottom left below, is situated next door at Santa Sabina Basilica.

Aventino does not draw the amount of tourists that attractions further north do and it is a romantic, out of the way destination. 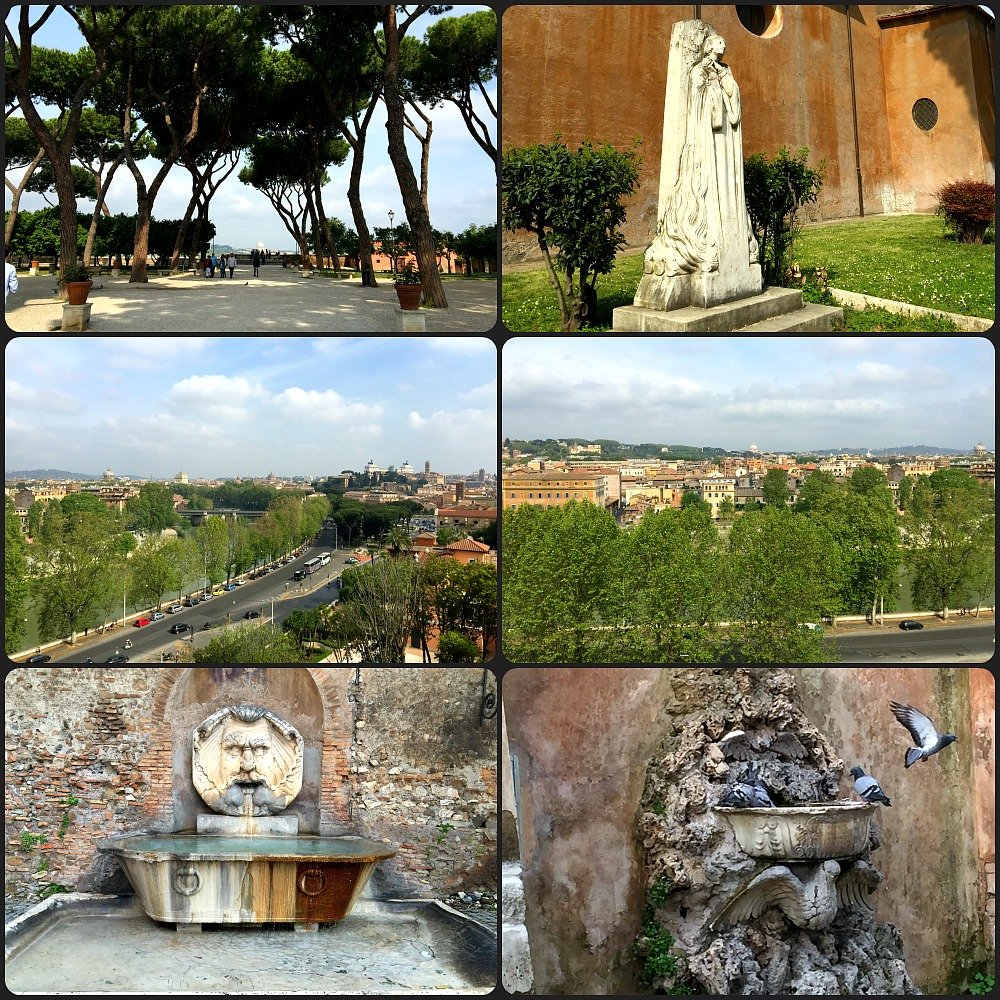 Here you’ll find some beautiful real estate and Aventino tops the list of desirable addresses for many Rome residents. Before sauntering through streets lined with beautiful homes, gardens and classic hotels, turn right onto Via Santa Sabina on leaving the park and pass by the 5th Century Santa Sabina Basilica (closed for a function) to partake of a Surprise. 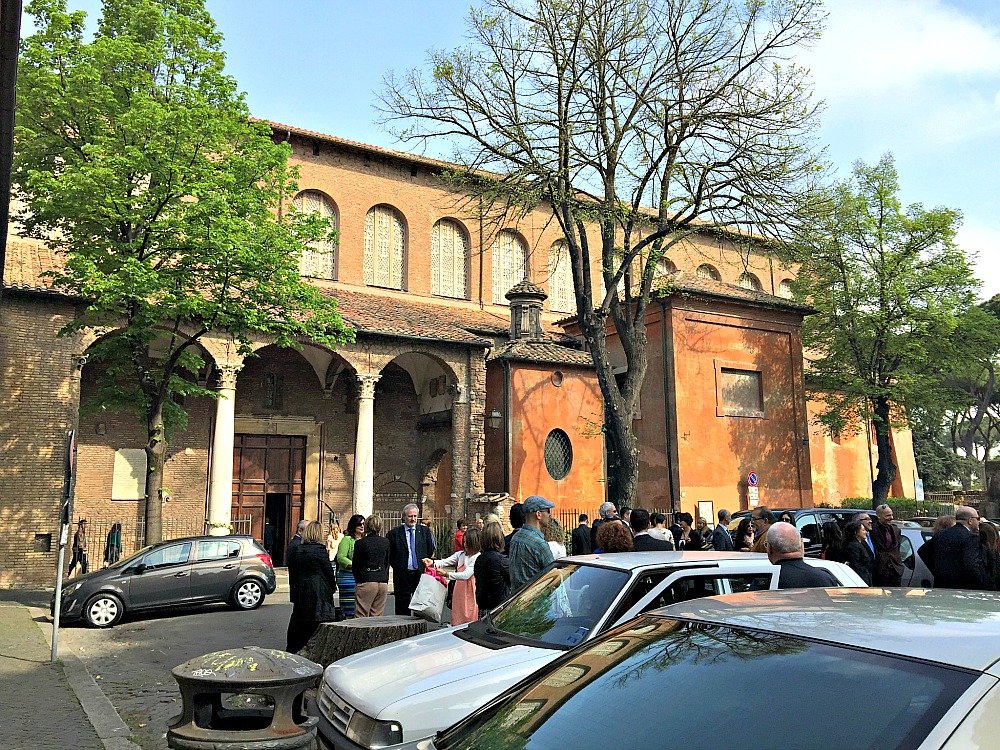 The Aventine Keyhole – A Surprise.

The surprise is a view through a door keyhole that takes in three countries – Malta, Rome, Vatican City!

Arriving early in the morning worked well for us with hardly any wait at all.

Although we knew to look through the keyhole, we didn’t know what we would see, so it was exciting in a voyeuristic way. Sorry I have spoiled the surprise for you!

Look through the keyhole of the green door for the (non) surprise. 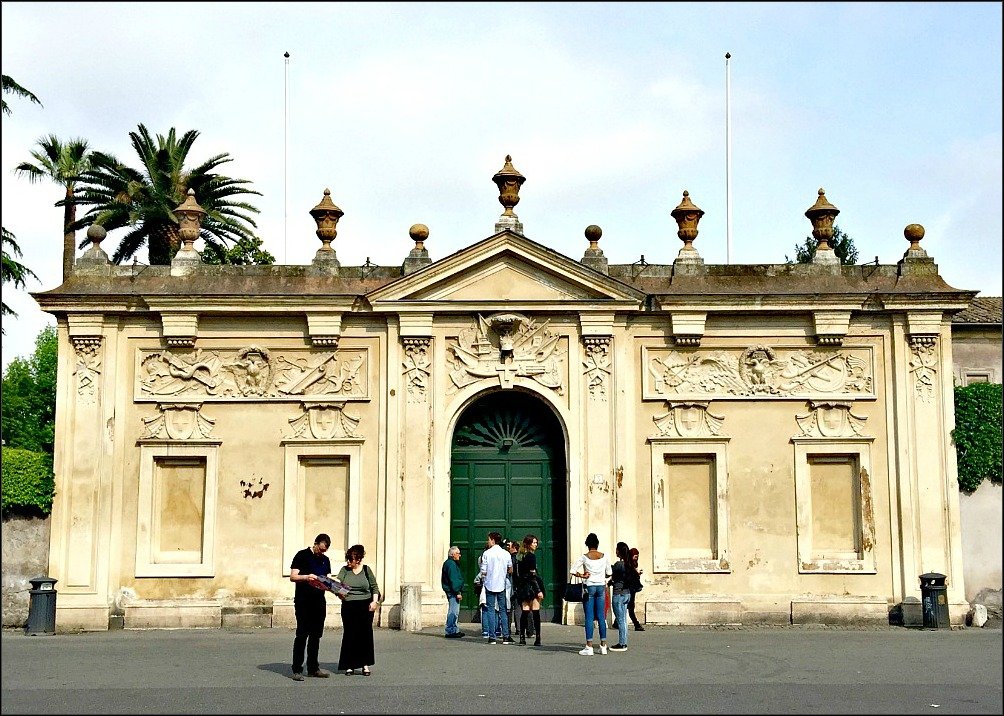 So as not to feel pressured if the crowds are lined up behind you, I would suggest pre-setting your camera.

Leaving Aventine Hill behind, cross Via Marmorata to Barbareni Pasticceria at No. 41.  This is a local hangout with standing room only at the bar on Saturday mornings.  Our two pastries and excellent cappuccinos, consumed seated, hit the spot and were incredibly affordable. It is easy to see that Testaccio is much cheaper than the touristic centre of Rome. 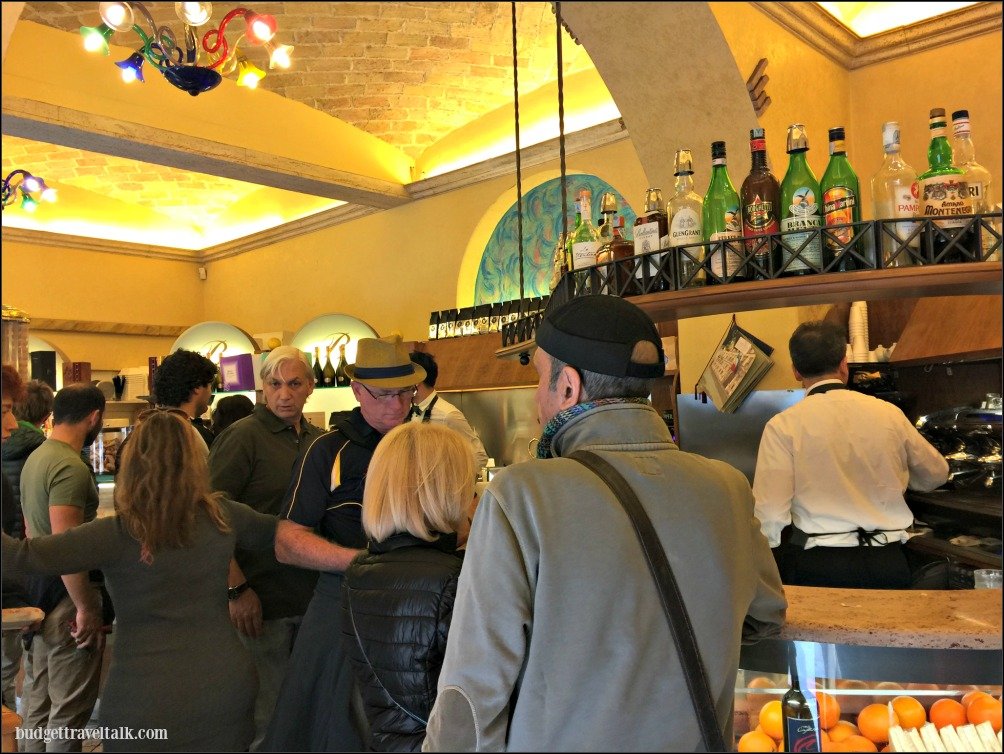 Meanwhile, a seven minute walk behind the Pasticceria, through wide tree lined streets is Testaccio Food Market in Via Aldo Manuzio. While the market building itself lacks character, the Roa painting next door (Avanguardie Urbane Roma Street Art Festival 2014) speaks volumes. Testaccio is an edgy neighbourhood where I would love to rent an Airbnb apartment. While not that convenient for first time sight seeing, it would be excellent to experience life like a local. 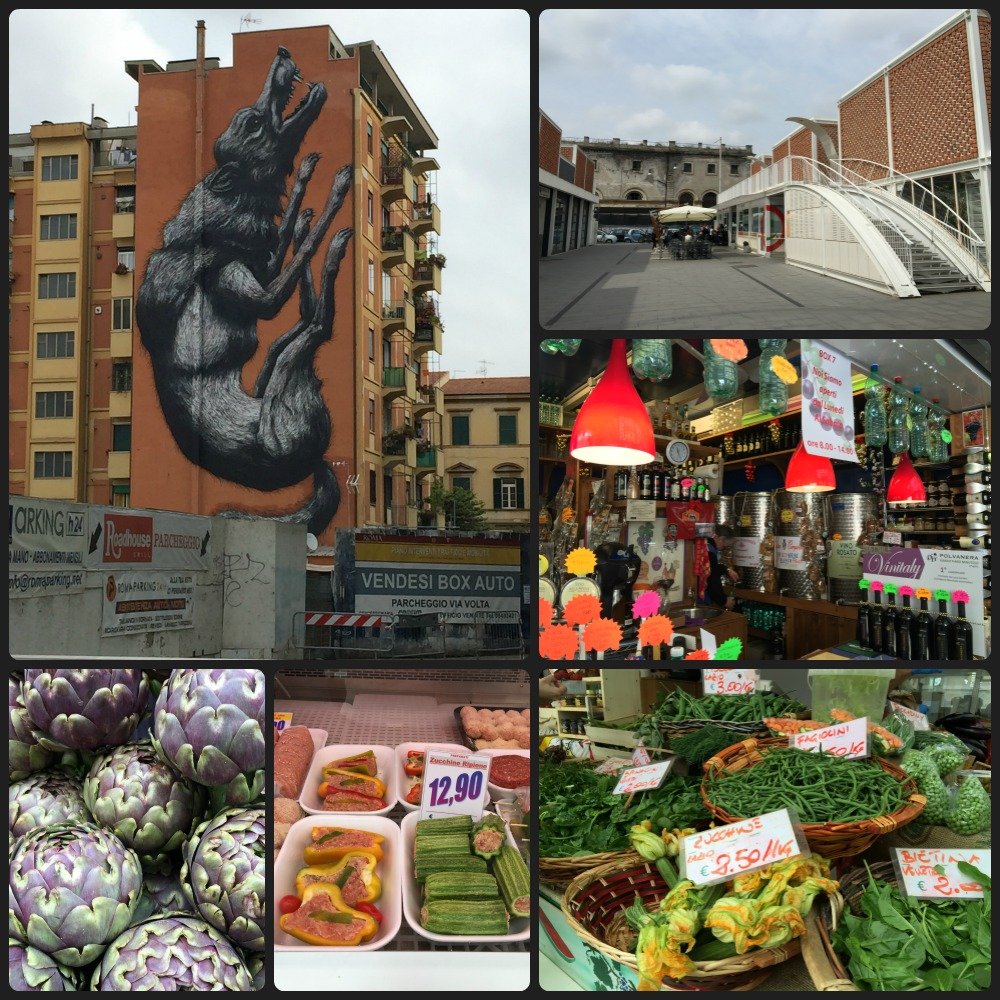 Walk along Via Marmorata in the direction of the ancient Piramide of Cestius and the Piramide Roma Metro station named after it and turn down Via Ostiense.

The Tomb of Gaius Cestius, is now joined into the City wall and is beautifully preserved. 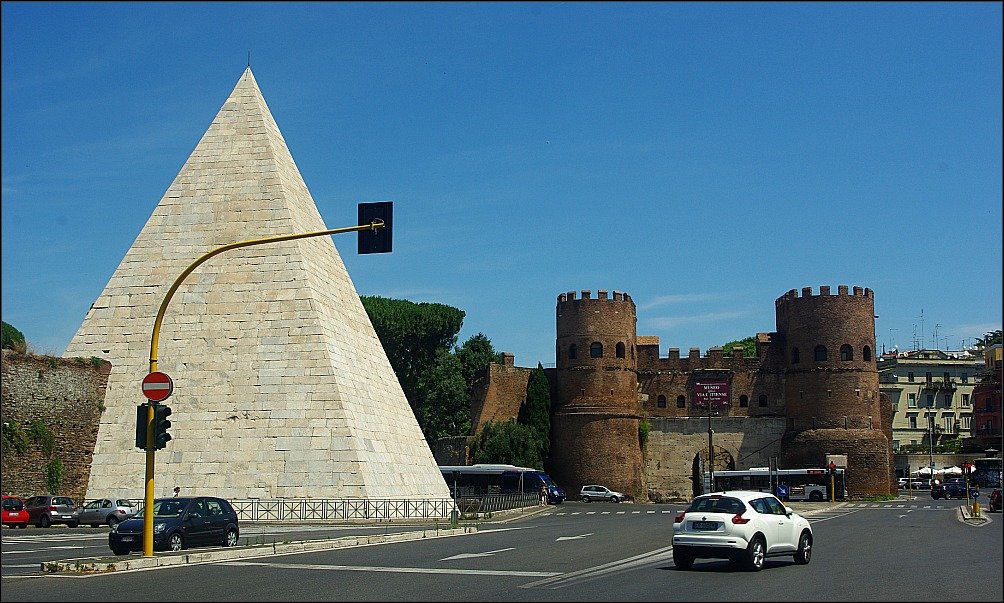 It was our last day in Rome and a public holiday, so most of the shops were closed, their shutters adorned with mural advertisements and graffiti.

I like the way downtrodden buildings are given new life with street art. 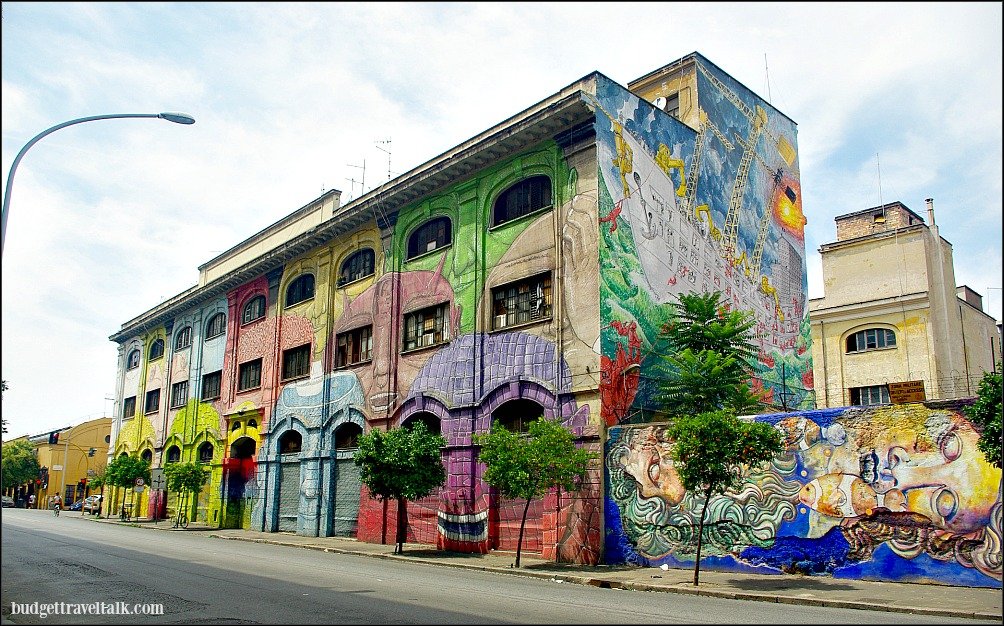 From this corner head down Via Pellegrino Matteucci to Eataly Roma.

A huge upmarket Italian grocery store, opened in June 2012 in an abandoned airport building.  Escalators ply the floors which sell Italian products and house 18 restaurants, craft breweries and pre-bottled or bottle your own wine. There are many other Eatalys both in Italy and around the world and they deliver world wide.

Travel Tip: There is a subterranean connection from Pyramid Metro but it looks creepy. If unsure use the overland route described in this post. 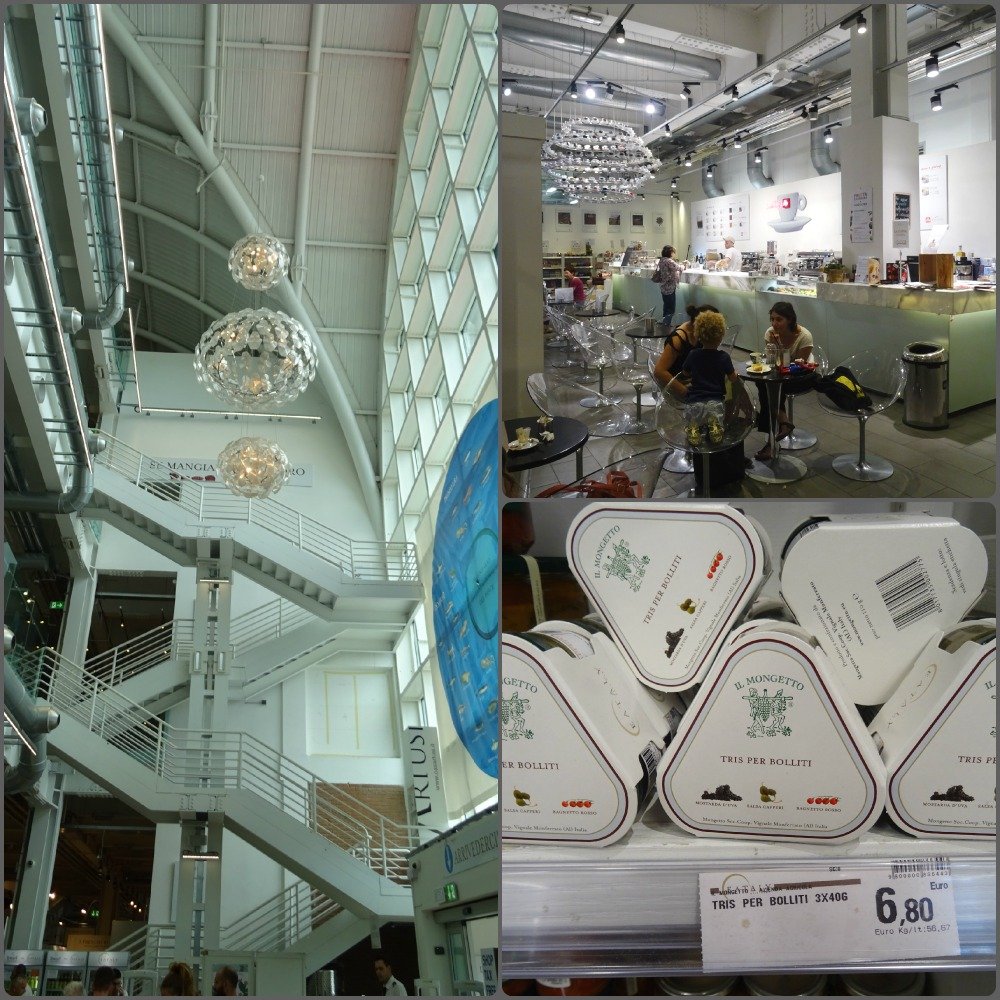 Along the way check out Abitart Hotel, a work of art in itself and an interesting place to call home while in Rome, with it’s whimsically themed rooms. 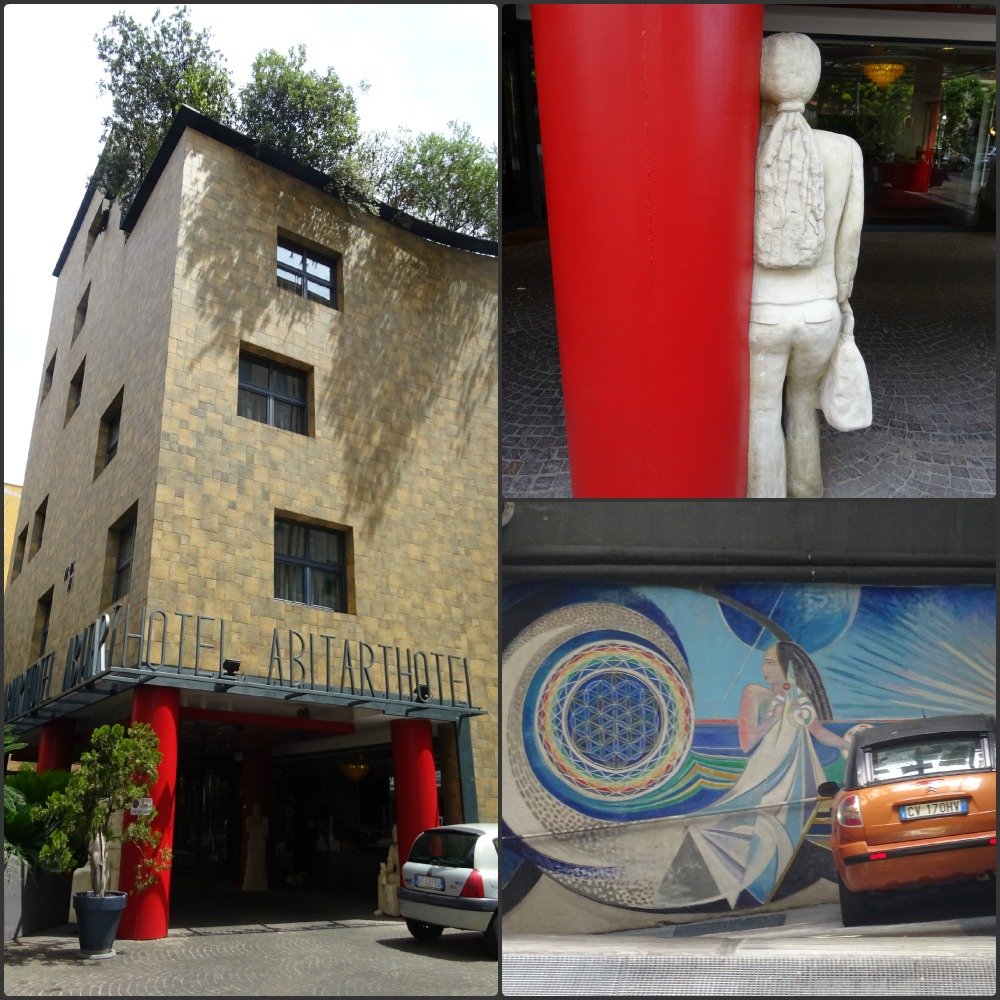 Crazily, we then walked another 1.5 kilometres further along Via Ostiense to the largest church in Rome outside of the Vatican’s St. Peter’s, namely the Basilica di San Paolo.  Originally built by Constantine in the 4th Century and damaged by fire in 1834, it was rebuilt in the 19th Century. It’s size was impressive and there were busloads of people arriving to view it. If you’re looking for an ancient building you might be disappointed but if you are of the faith this rebuilt basilica will be of interest as it is one of Rome’s original four ancient, Papal, major basilicas. 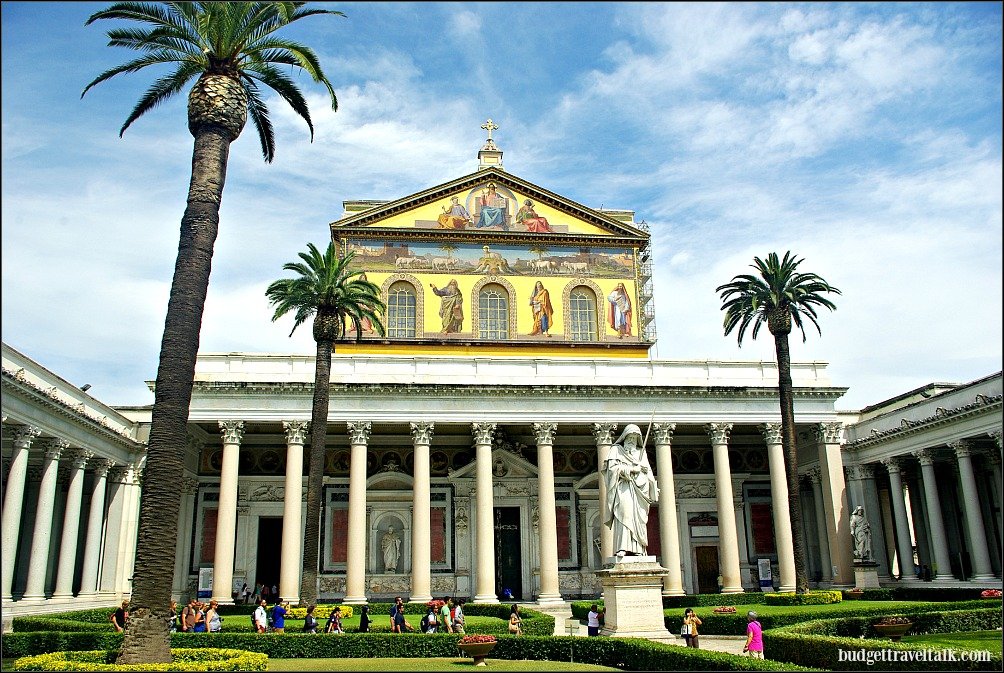 The below map pinpoints the points of interest in the above neighbourhoods as well as some previously covered highlights like The Baths of Caracalla and lunch at Al Callarello.

Have you been to Aventino, Testaccio or Ostiense?  What did you like best about Rome off the beaten track?

I am cohost of Nancie’s Travel Photo Thursday at Budget Travelers Sandbox, together with Ruth from Tanama Tales and Rachel from Rachel’s Ruminations.  If you have a blog you can add a link to one of your posts containing a travel photo below. Feel free to link back to this site in your blog also.

Dickson Inlet from the Deck of the Lady Douglas
Next Post: Baths of Caracalla Rome plus Lunch at Al Callarello