Grotta Gigante, or Giant Cave, is one of the best caves in Europe. It’s gigantic natural cavern space makes Grotta Gigante a definite Trieste must see. Until 1995 it was known as The Largest Tourist Cave in the World, a title it lost in 2010, with the opening of La Verna Cave in South-West France. 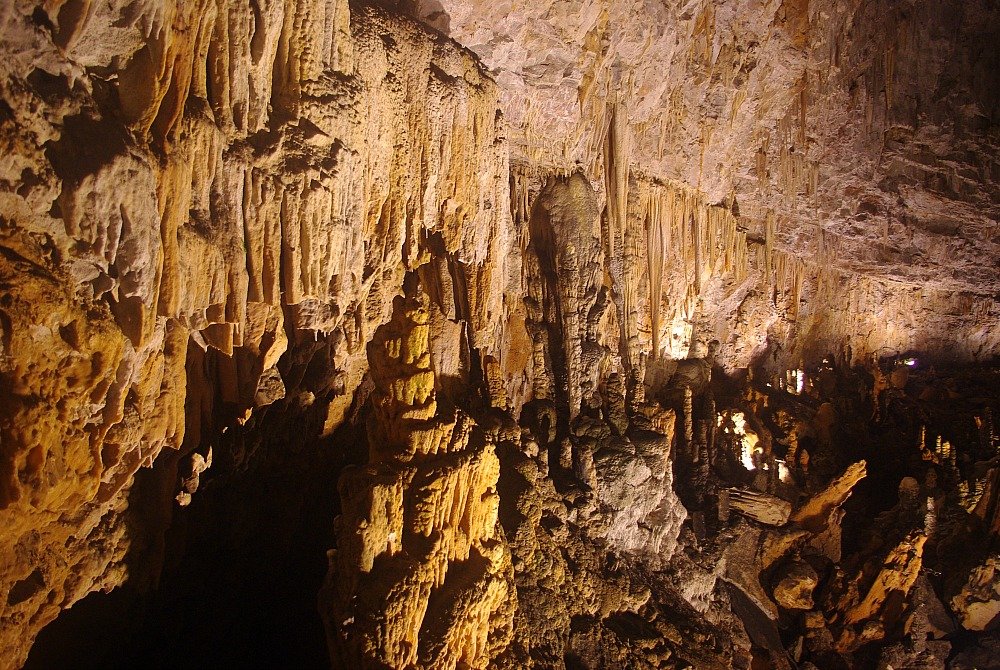 The size of the cavern is what makes Grotta Gigante so special. Walking down, down, down into the semi-gloom gives that spooky “journey to the centre of the earth” feeling. After 80 metres of descent the area opens up into the impressive Giant Cave. Plunging down the centre of the cavern are two rods of a geodetic pendulum that monitor techtonic movements of the Earth. They alone have recorded four out of five greatest earthquakes in the recent 50 years. 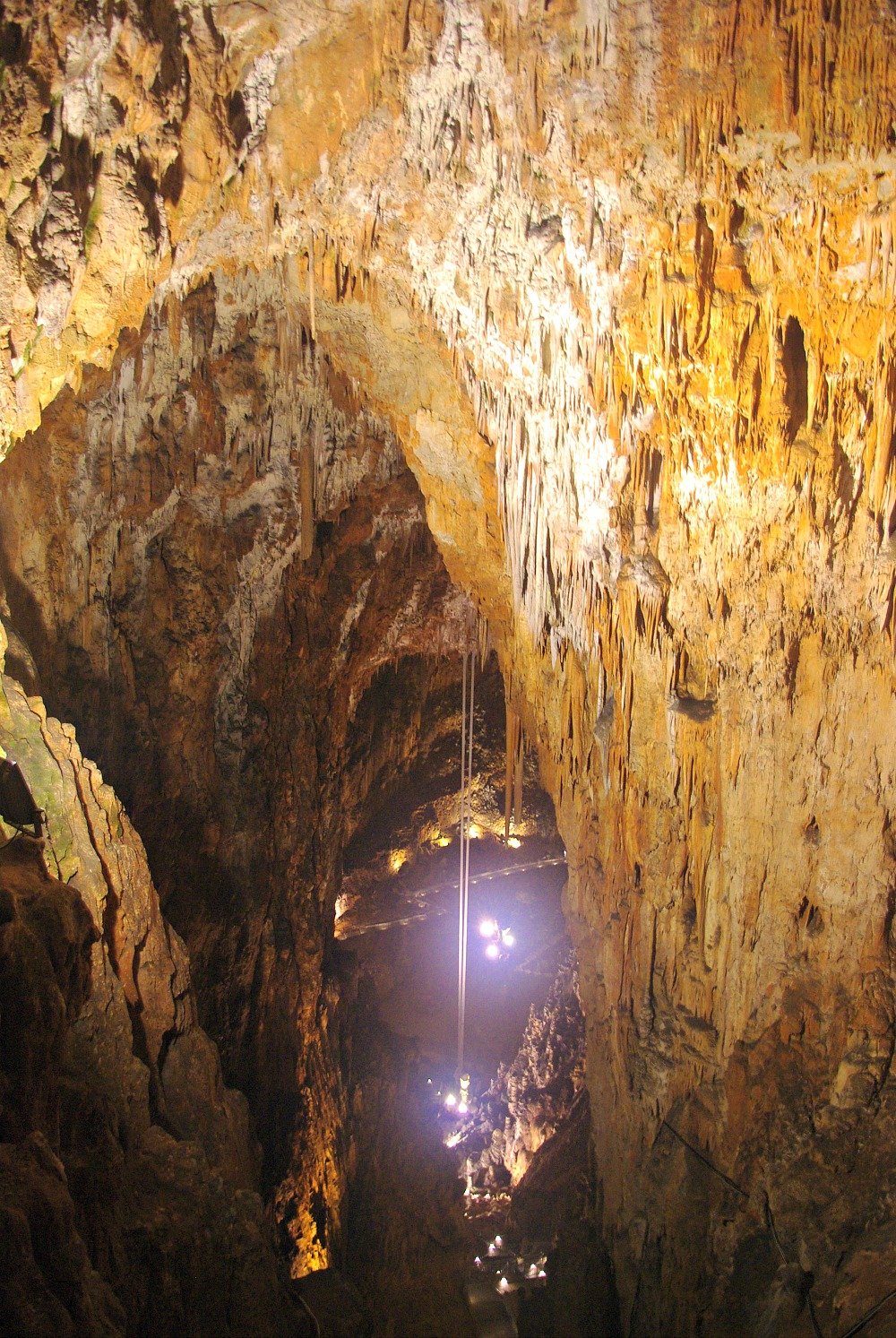 The steps are even and easy to walk on, but it’s probably best to wear joggers. 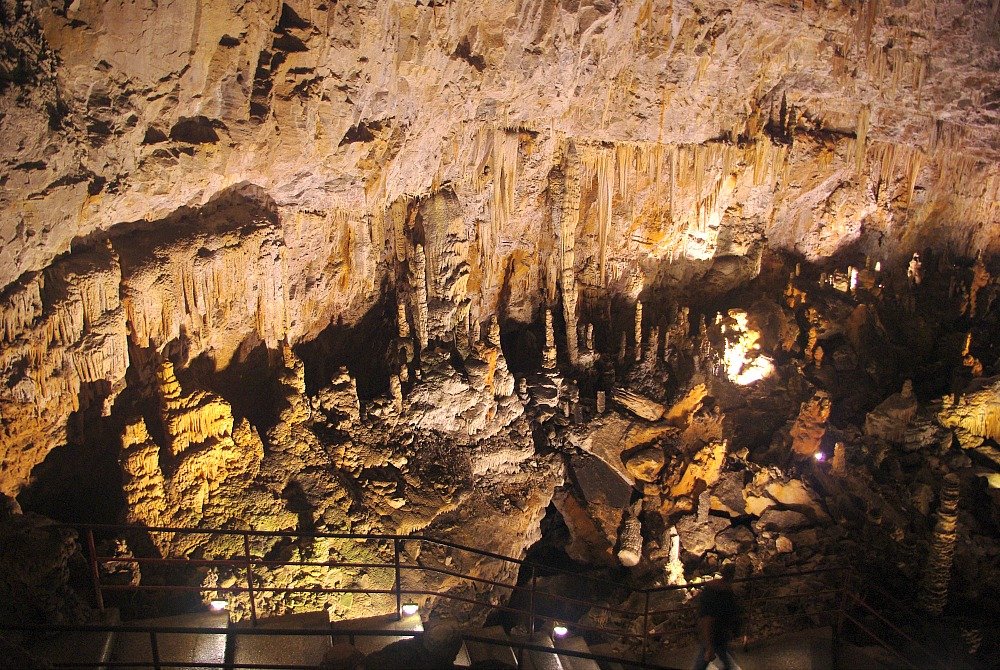 First explored in 1840, the cave was fully mapped in 1897 and first opened to the public in 1908. It wasn’t until 1957 however, with the introduction of electricity to the cave, that tourism took off.

This is karst country where rivers run underground and those first cave explorations were an attempt to find water to plan Trieste’s aqueducts. Other karst country we learned about later in this trip were Plitvice Lakes and Krka National Park in Croatia and the Trebisnjica River and Neretva River in BiH. Karst Country is special! 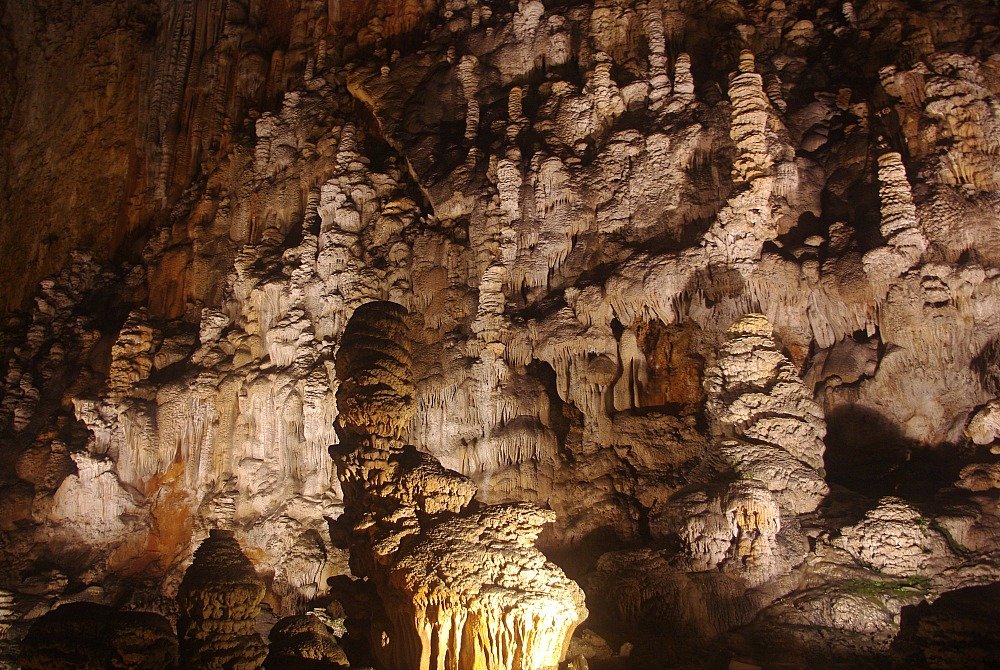 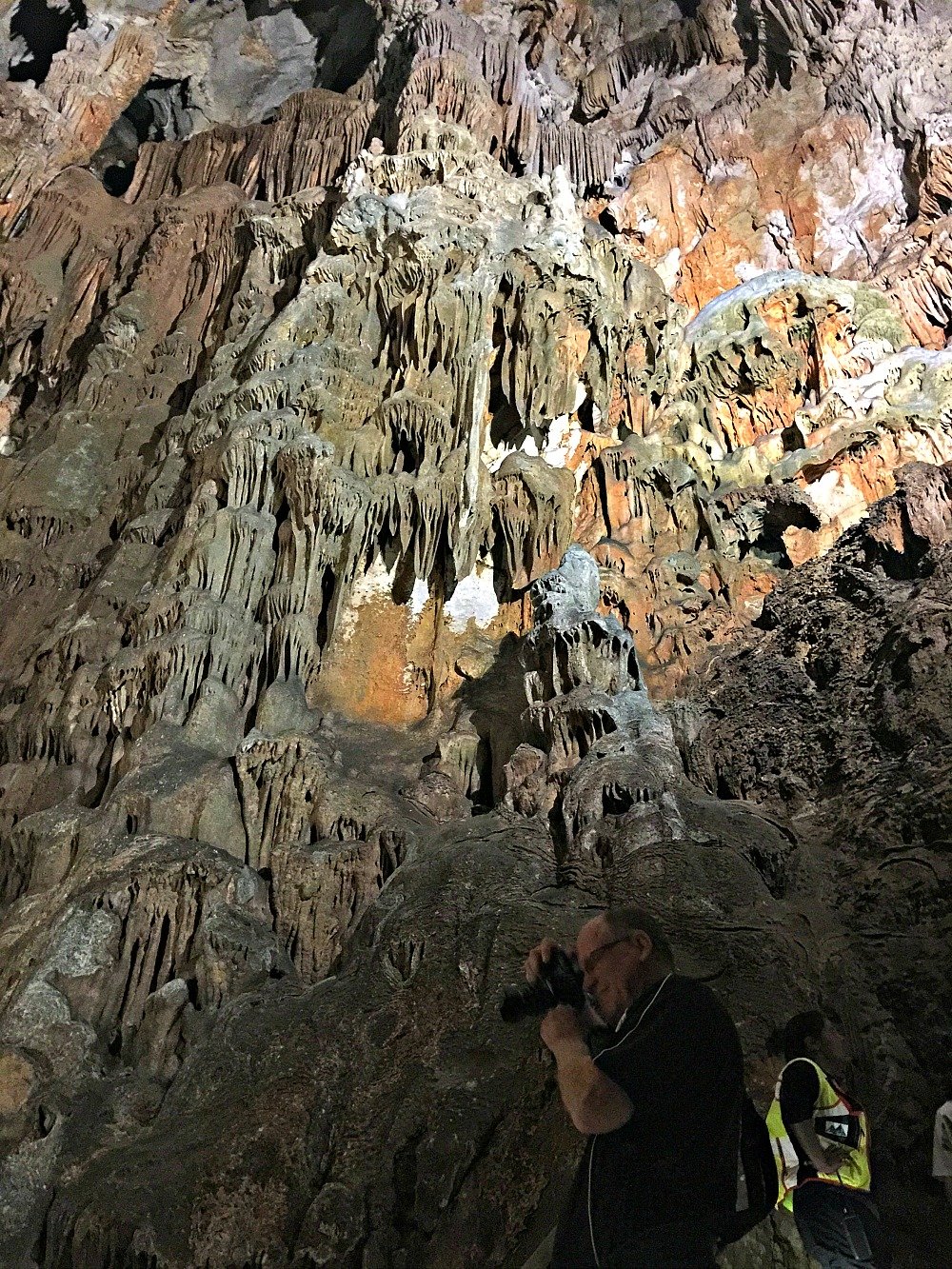 The light within the cave is realistic with no coloured lighting effects. 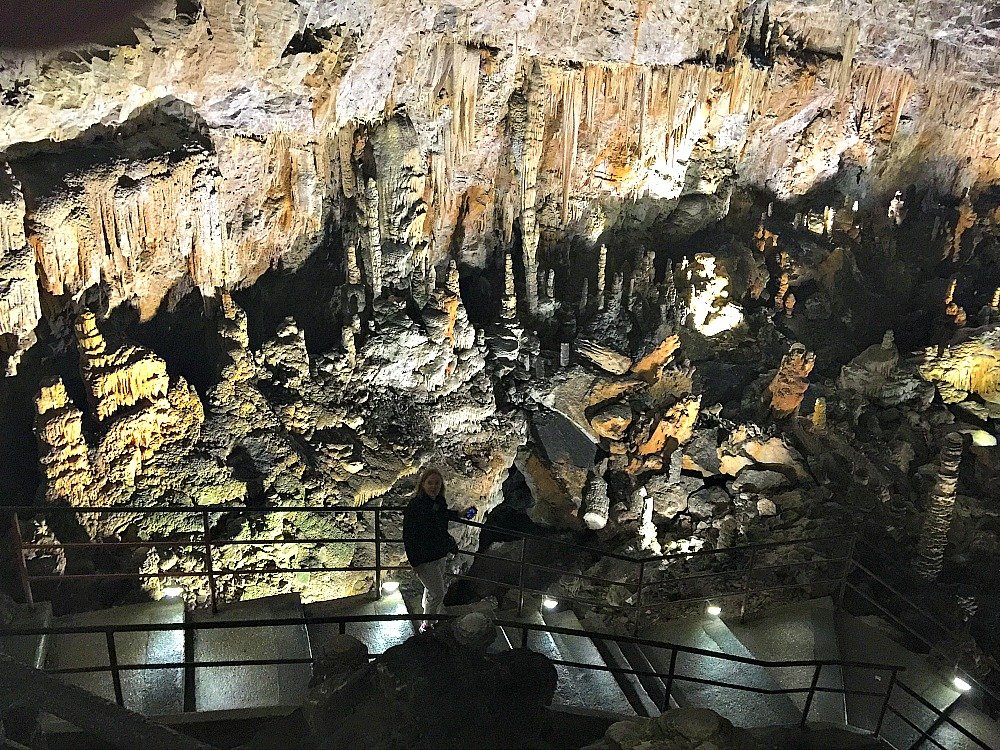 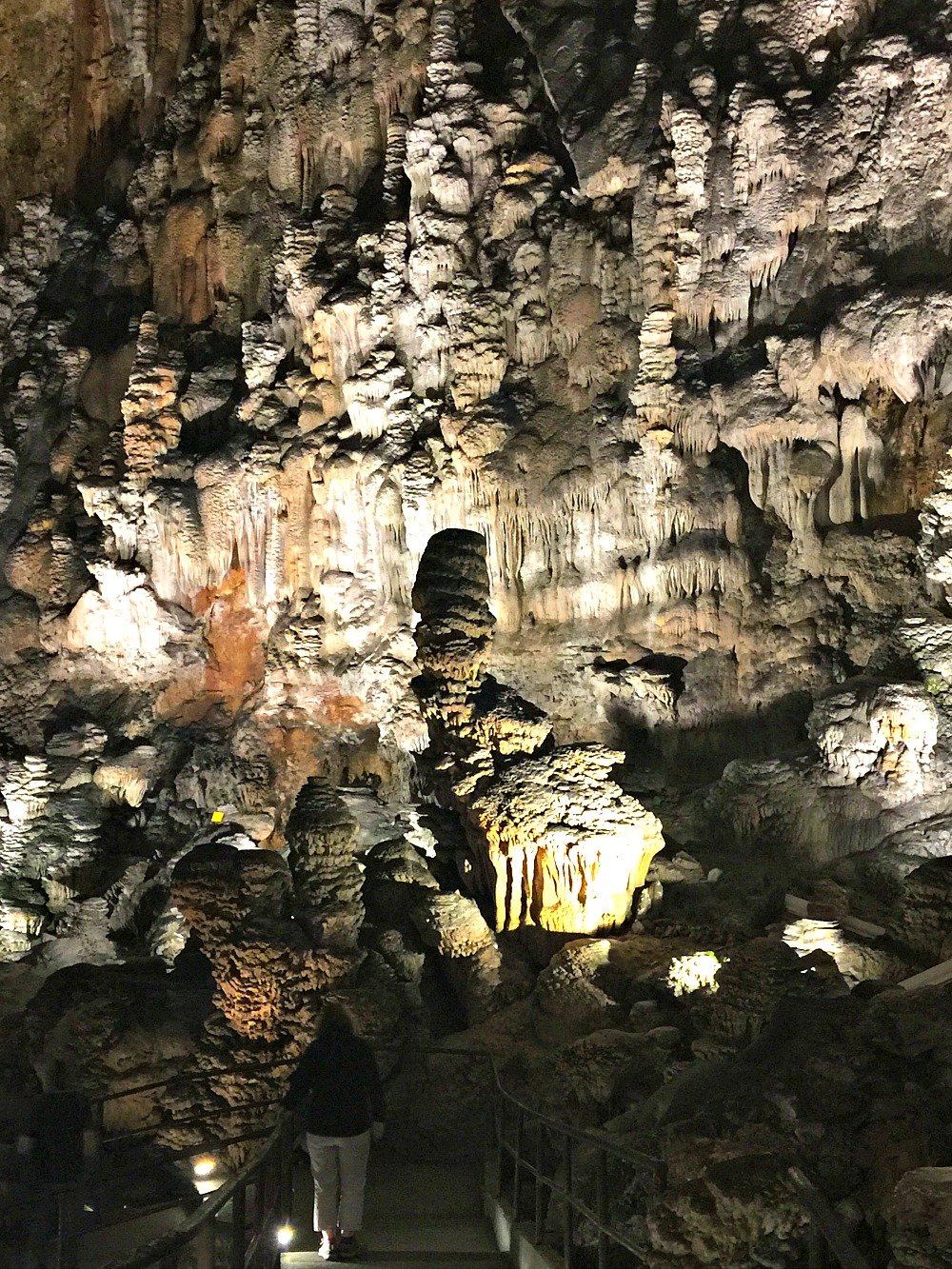 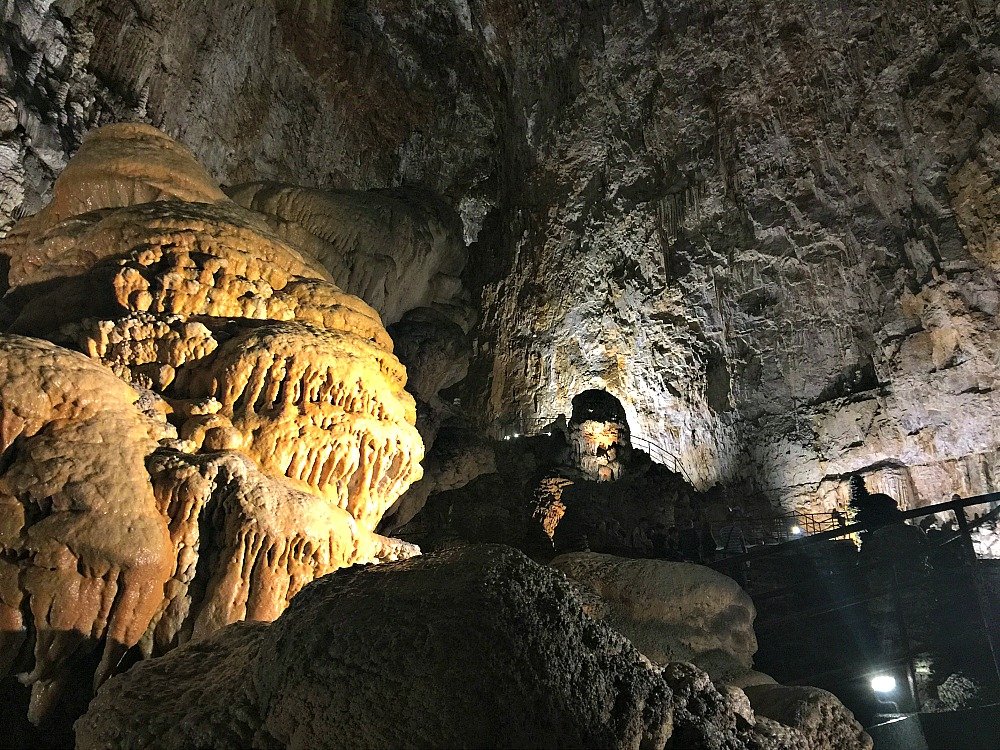 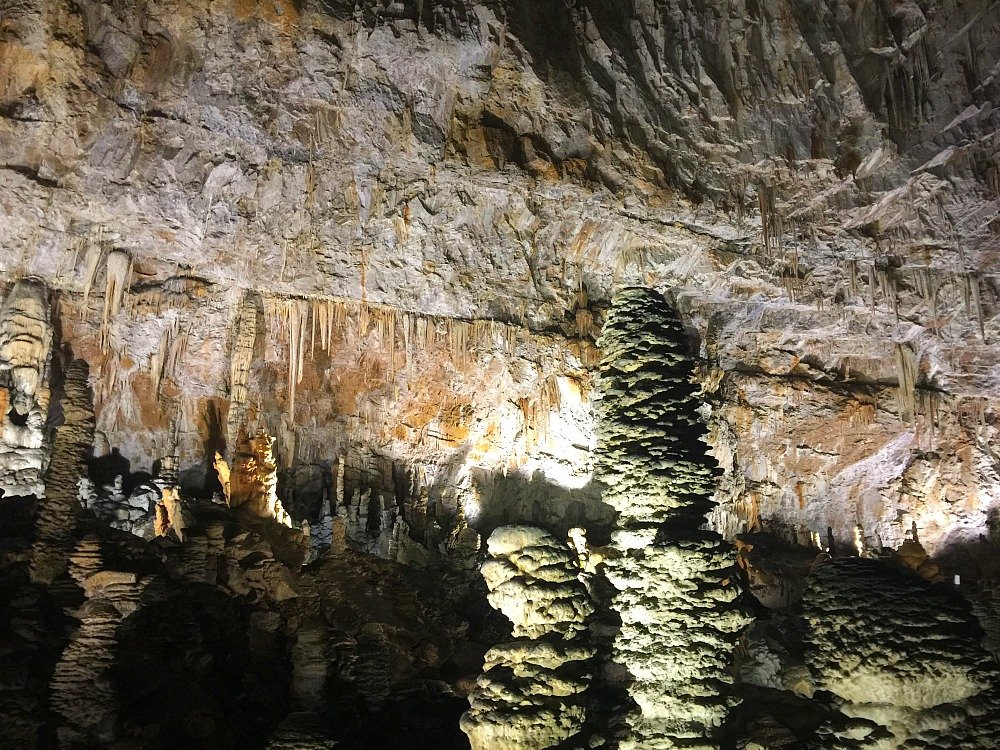 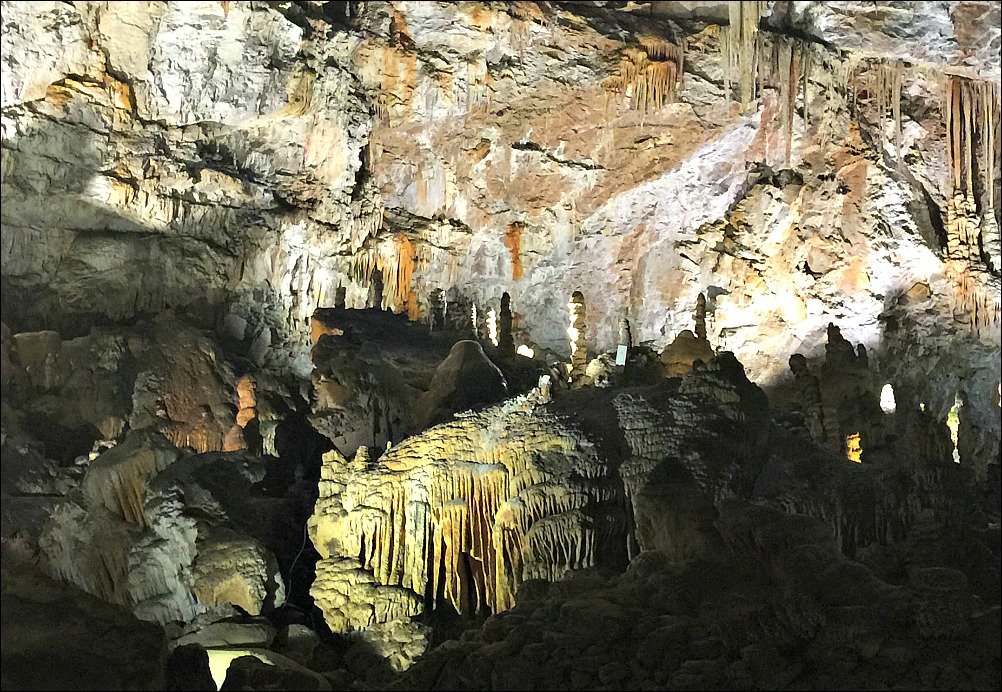 The descent into the cave is via 500 stairs with another 500 on the ascent, creating a total distance walked of 860 metres. Steps aren’t one of my favourite things, but these didn’t seem exhausting at all. The group stops to listen to the guide in several different languages, leaving plenty of time to catch your breath. 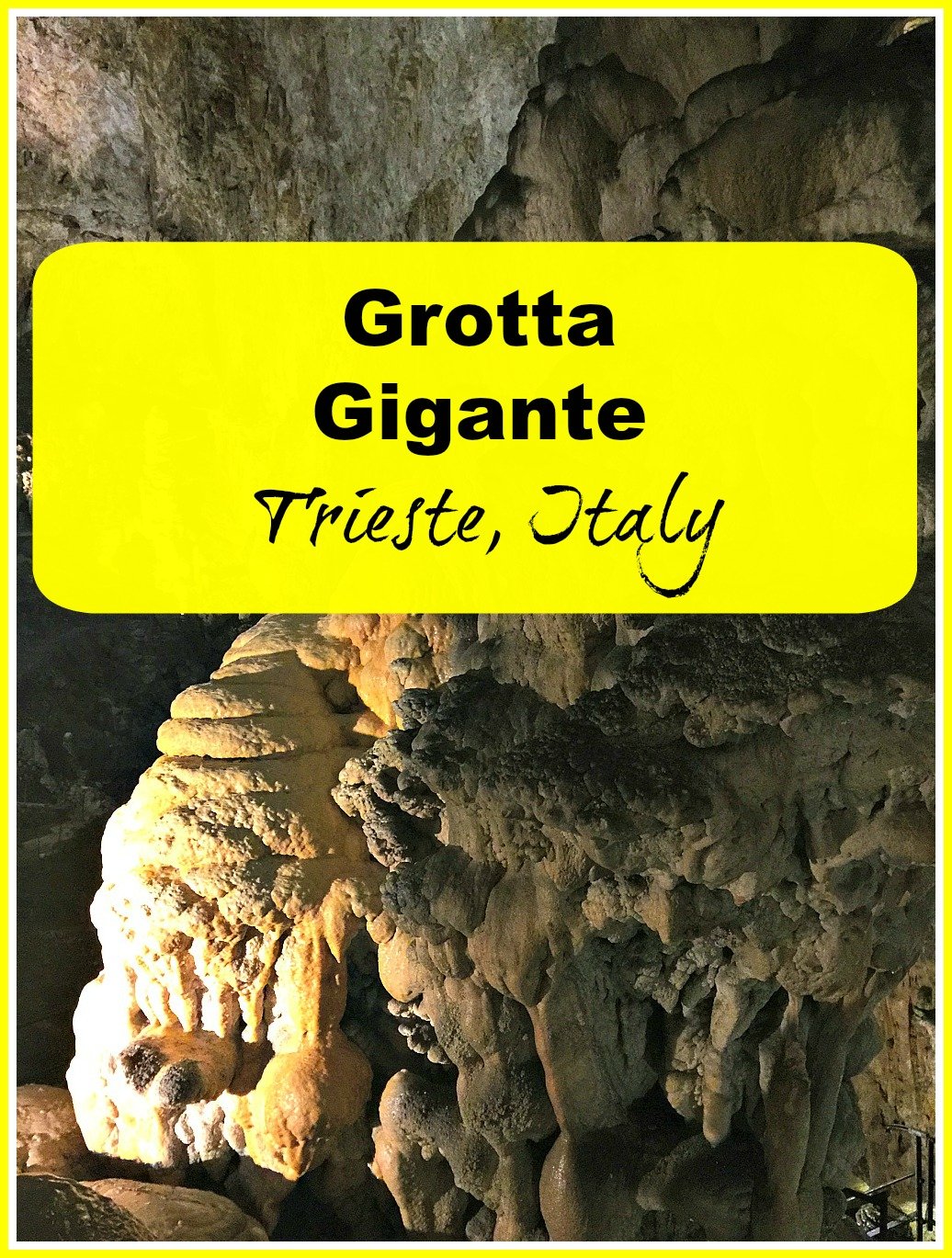 Guided tours operate every hour for one hour. Our guide spoke English, Italian, German and probably more, but it might be an idea to ring ahead to make sure which tours are given in English. Arrive 15 minutes early, to purchase tickets and peek at the museum.

The Stalagmites, the tallest of which is 12 metres, have a knobbly appearance due to the drops falling from a height of 80 metres.

Grotta Gigante is situated 10 km north of Trieste in the narrow strip of Italy, squeezed between the Gulf of Trieste and Slovenia.

Know before you go.

The Museum and Virtual Tour are suitable for people confined to wheelchairs but not the Cave itself.

Bring a jacket as the temperature is a humid 11 degrees.

Photography is allowed although the use of tripods is discouraged.

Nearby places to add to your Itinerary.

Thanks for reading and commenting – we really appreciate it. If you have a blog, please add a travel post to the link below for Nancie’s Travel Photo Thursday which we co-host with Ruth from Tanama Tales and Rachel from Rachel’s Ruminations. All links to blogs are DoFollow. That means I am sharing SEO link juice with you; a good thing!