An 11.3 million AUD upgrade was carried out on Tobruk Pool Townsville opening to the Public in July 2020. It is now better than ever.

Along the Strand beachfront, in TOWNSVILLE, North Queensland, a distance of 2.2 km there are no less than four swimming enclosures.  But today we are interested in just one. 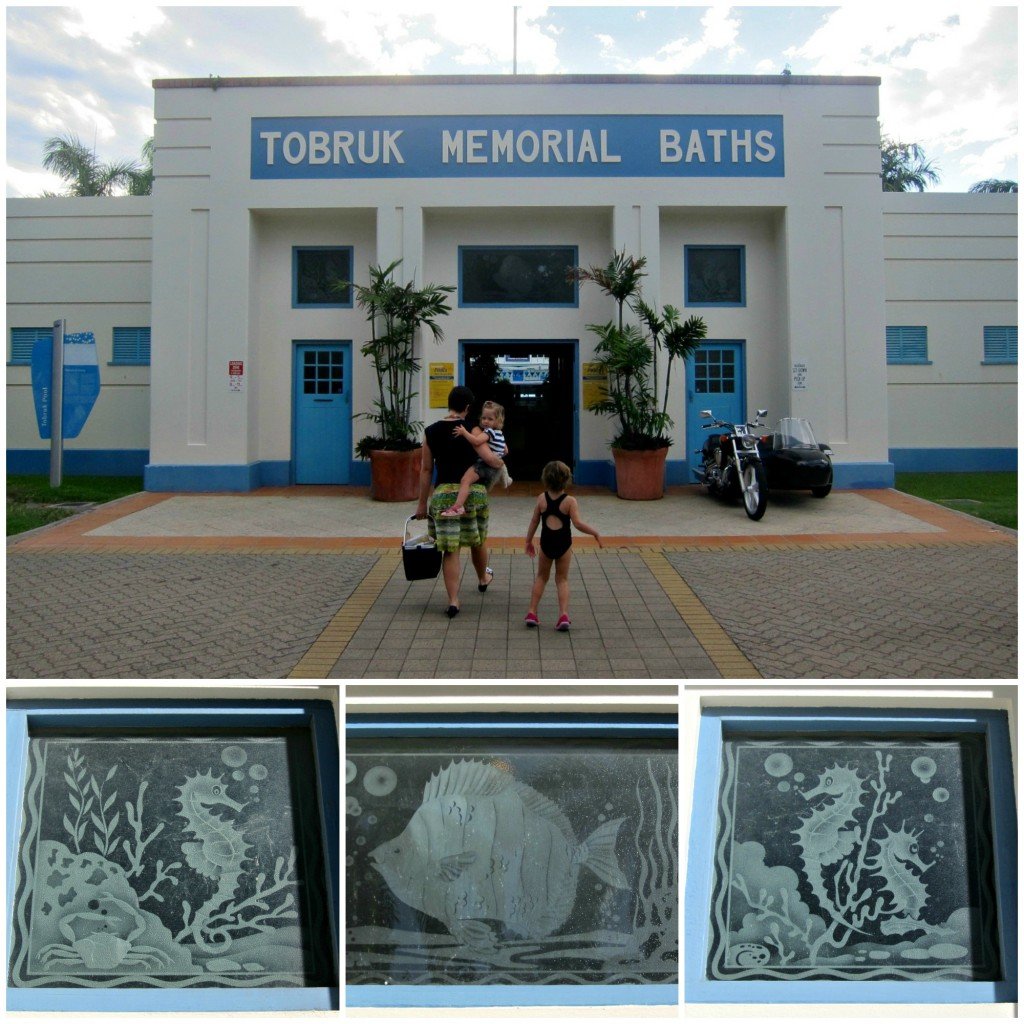 The Australian Olympic Swim Team of which Dawn Fraser was a member trained for the 1956 Olympics and 1960 Olympics here.

Much loved Aussie hero Dawn Fraser, who held the 100 m freestyle Olympic record for 15 years, was the first woman to swim the 100m in less than one minute.

Her 58.9 sec record was not broken for 8 years after she retired.

The Australian Swimming Union banned her from competing for 10 years after the 1964 Tokyo Olympics, because she walked in the opening ceremony against their wishes, wore an old swimsuit (because it was more comfortable) and allegedly stole an Olympic flag (which the Japanese later presented to her anyway!). 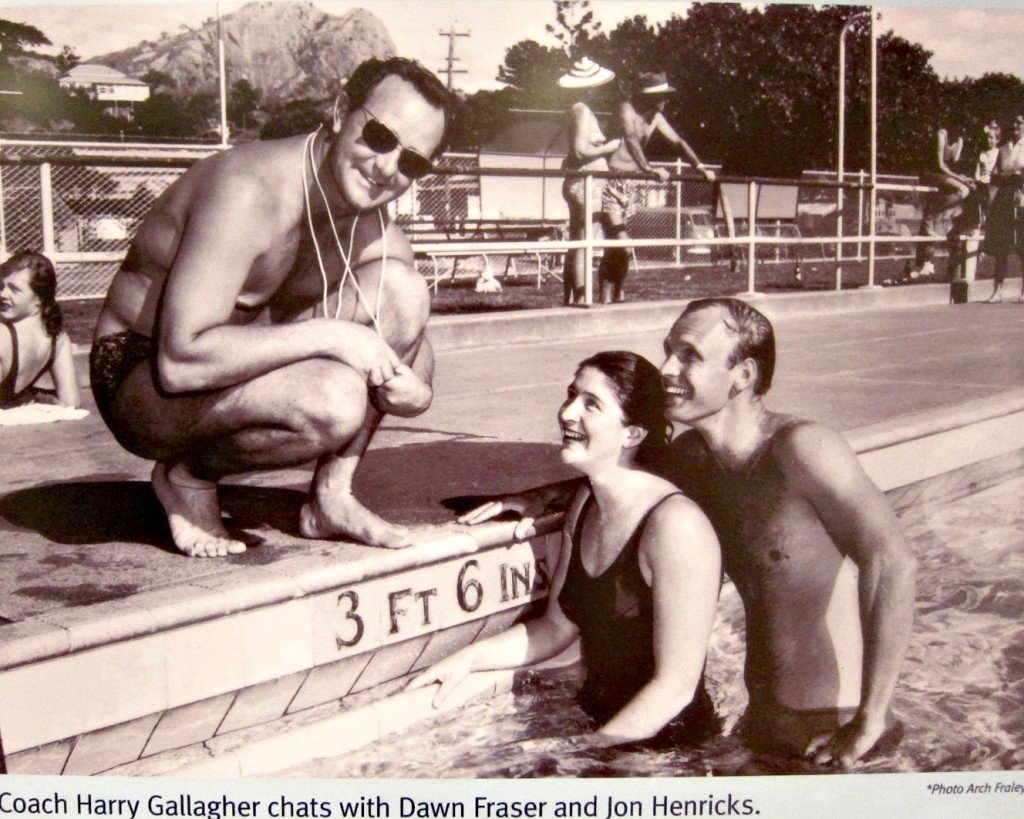 In a contradictory turn of events, she was also named Australian of the Year in the very same year (1964).

Another colourful Australian, Laurie Lawrence, himself an Olympic Swim Team Coach, started swimming at the Tobruk Baths as a boy when his father managed them.

He said of the 1956 season  ‘If I wasn’t poolside collecting autographs I was watching the team train from the balcony above’. 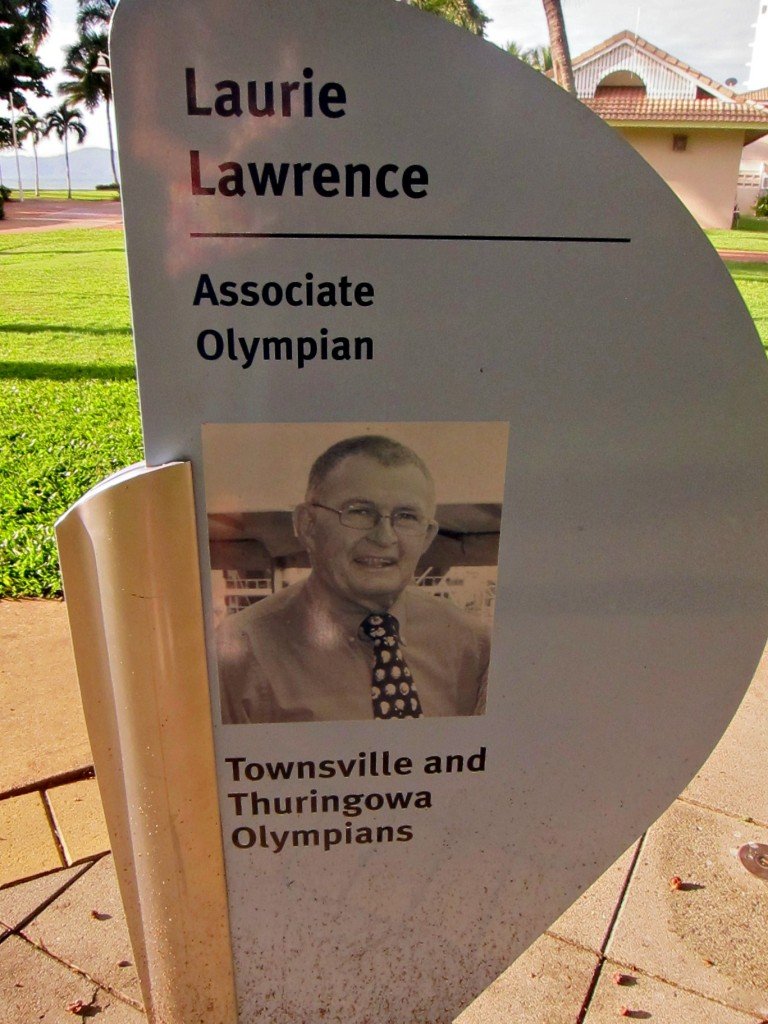 Where is Tobruk Pool?

Melton Hill which originally met the sea at this spot, was quarried from the year 1880, to provide rock for the Townsville Port’s Eastern Breakwater, freeing up land upon which to build the Baths.

Man made waterfall on the rock face opposite the baths, exposed by quarrying. 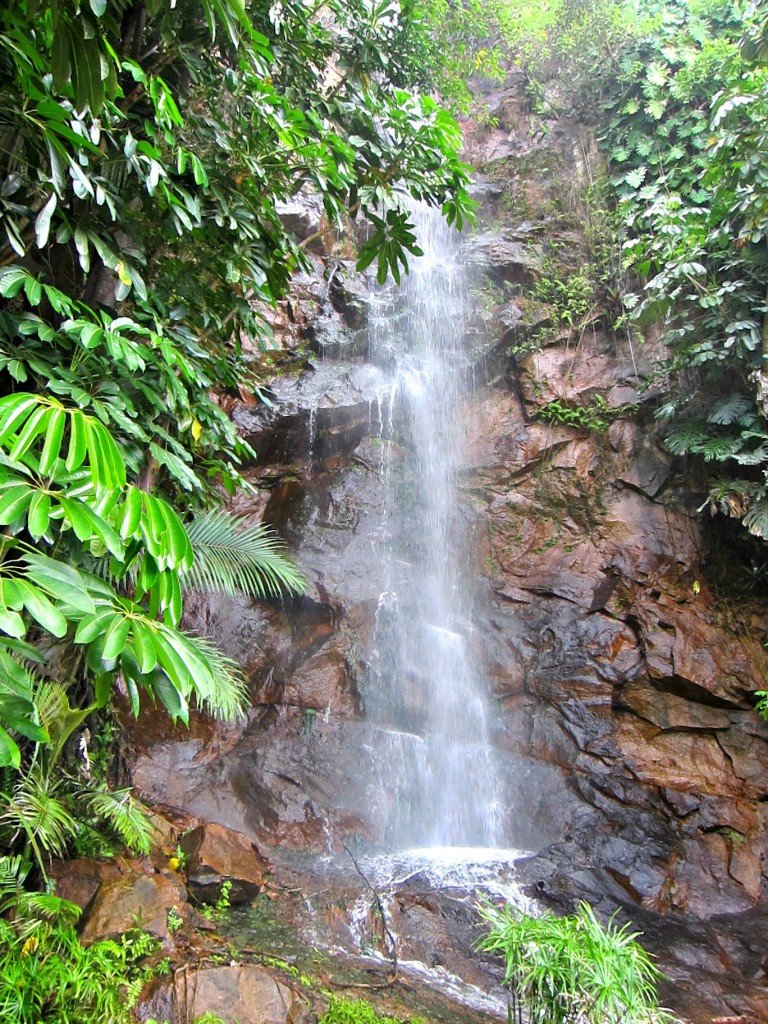 Back in Victorian Times, well before the new baths were built, men swam in the ocean despite the sharks, stingers and crocodiles.

Ladies of the day entered the ocean in bathing machines resembling covered wagons.  Entering the wagon on land, they changed into swimming attire within, were wheeled out into the ocean, and descended steps into the water – modesty intact.

In 1940 construction began on the Tobruk Memorial Baths, so named to honour the 1941 Australian Victory at Tobruk in North Africa. However as WWII ramped up in the Pacific during 1942, all work on the baths ceased and it was not until 1951 that they were completed. 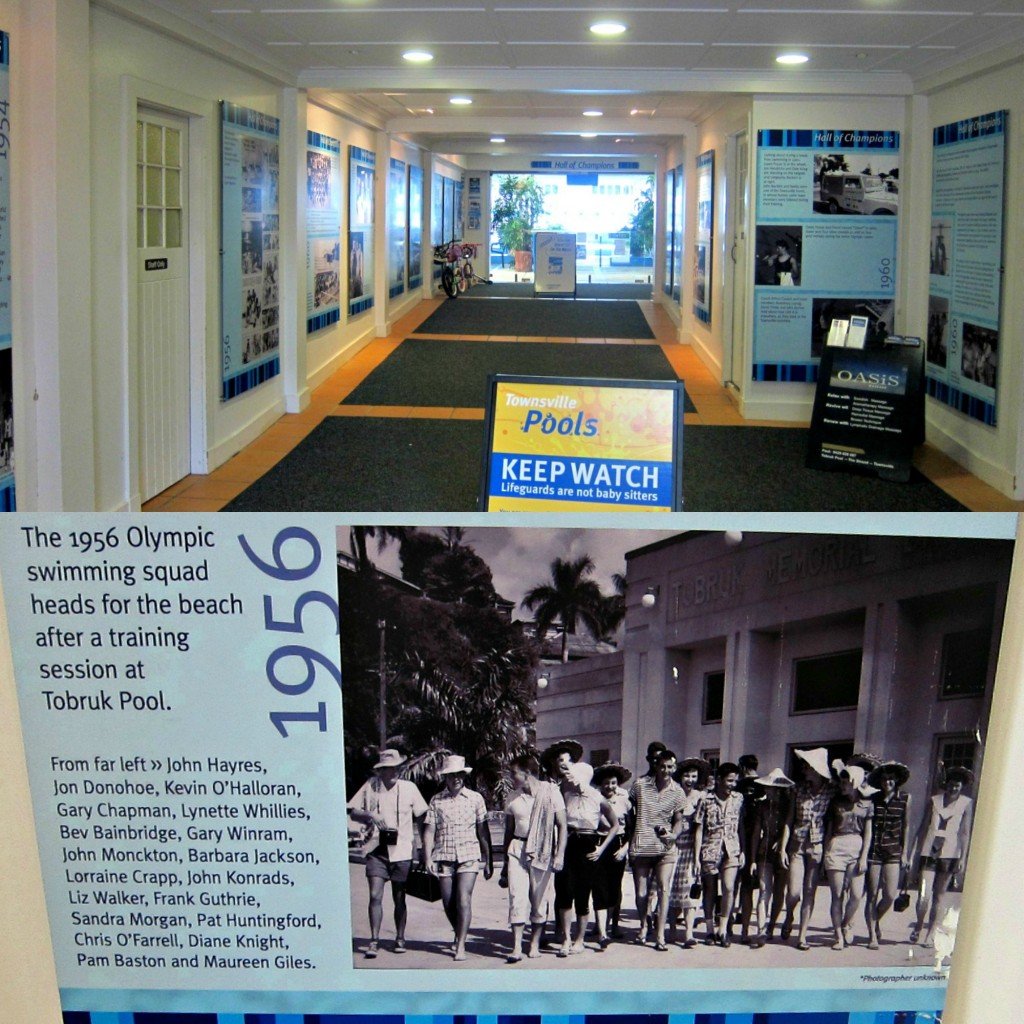 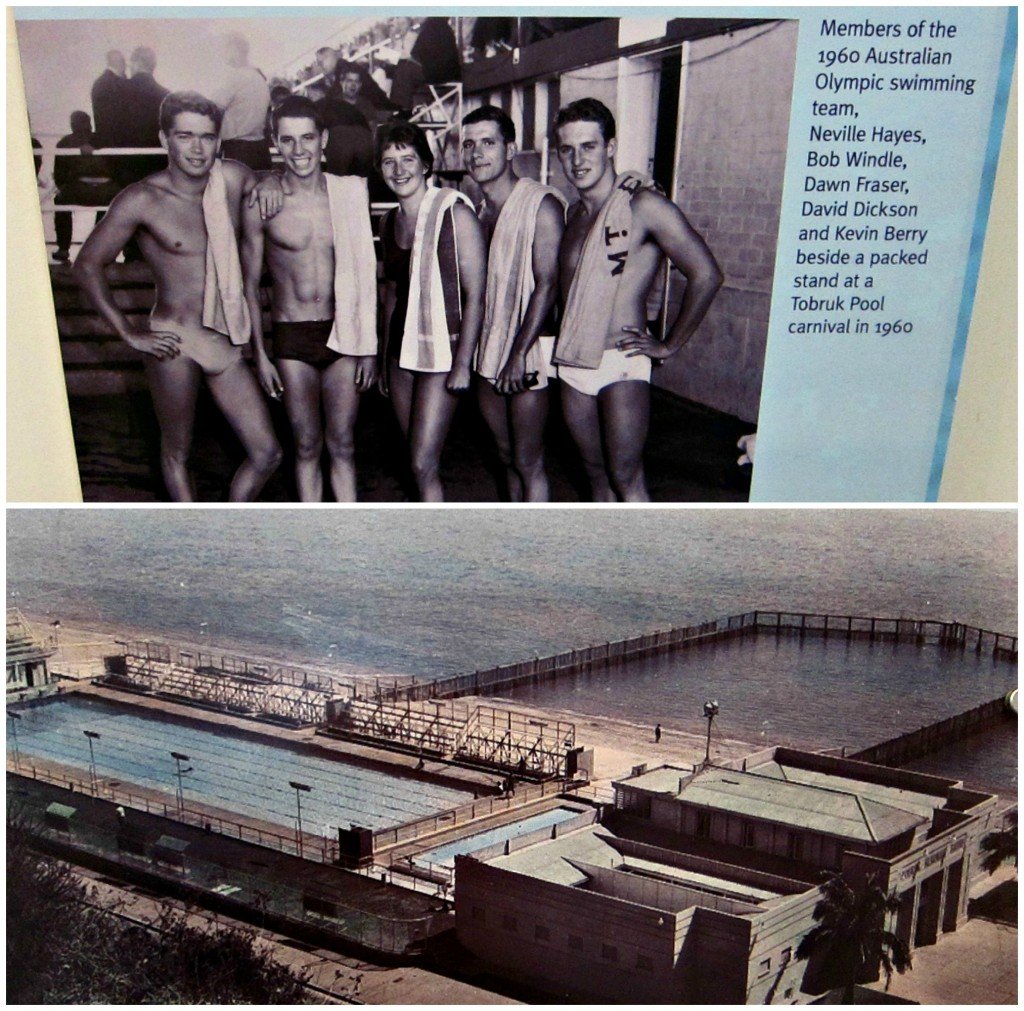 A walk through the Tobruk Memorial Hall of Fame leads to the baths that are: 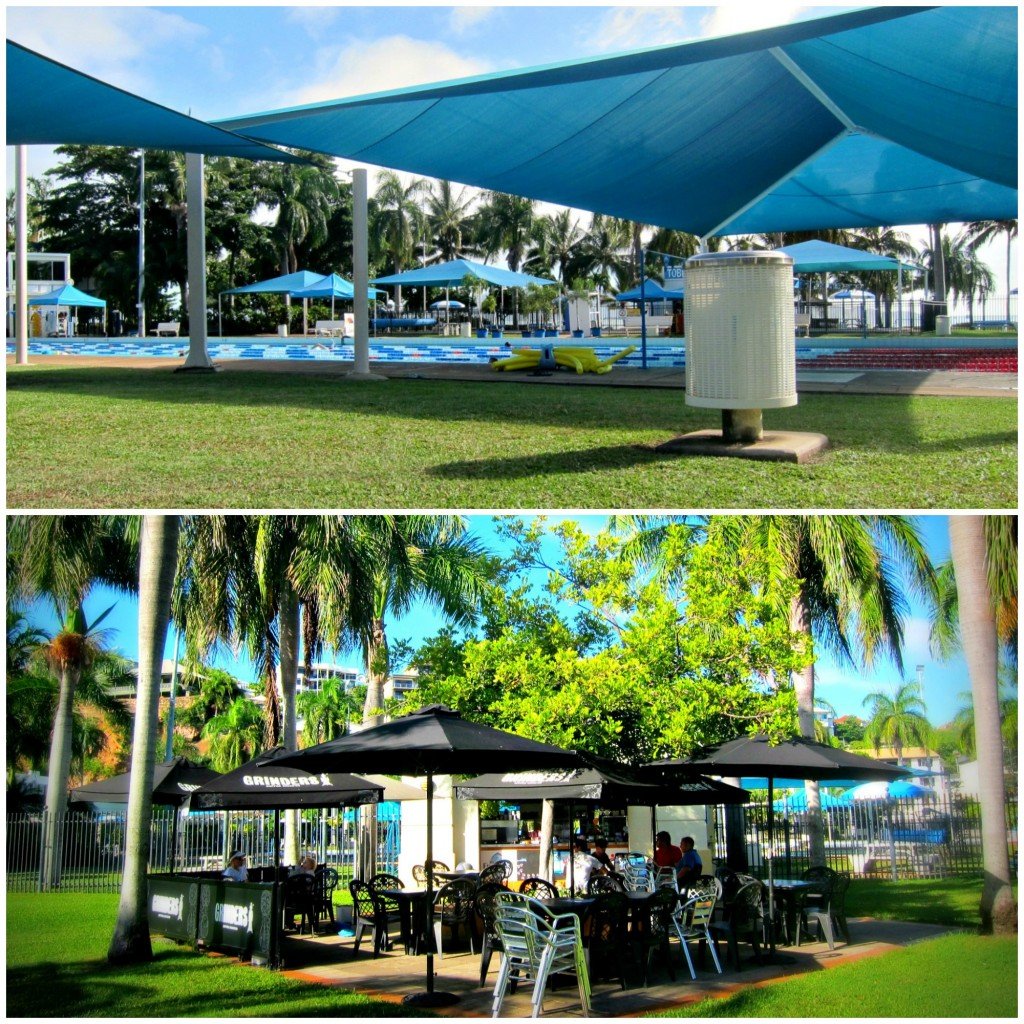 Where to Stay on the Strand Townsville.

Whitsundays on a Budget – How to Get to Whitehaven Beach
Next Post: Buy Tickets for Alhambra the must see in Granada Spain 2021