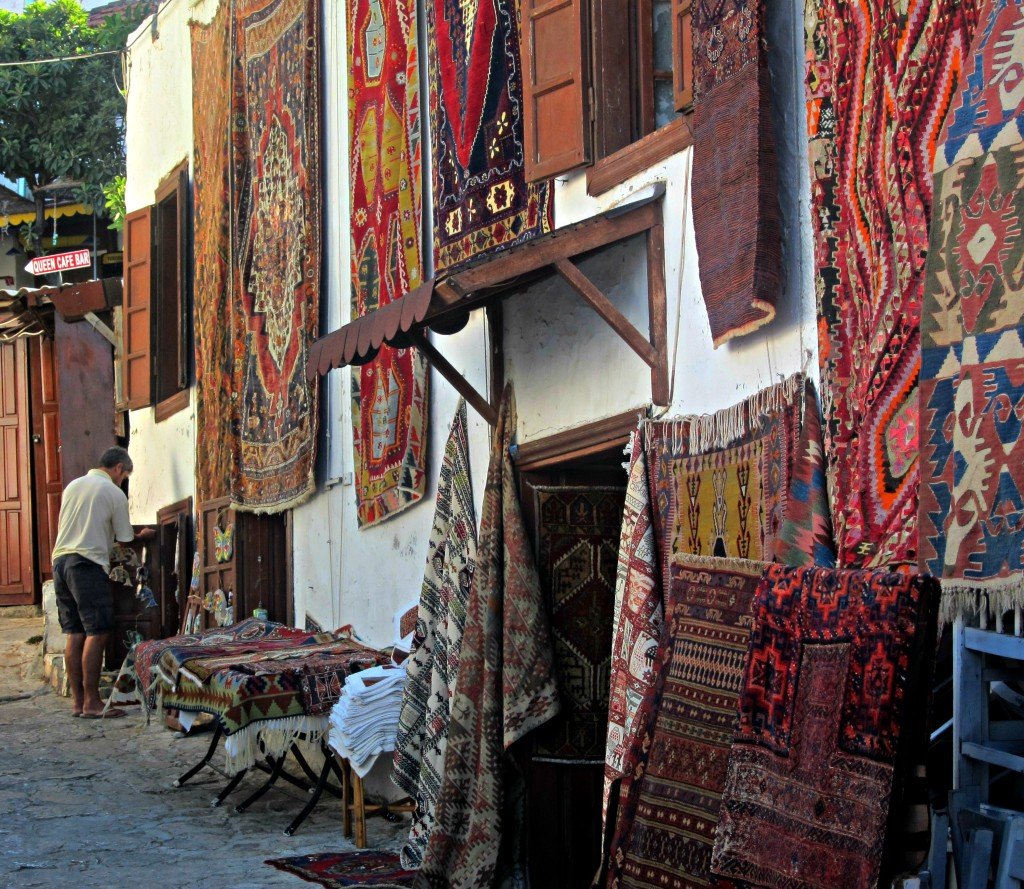 We met him at our pansiyon

He was related ın some way to the owner and we stayed talking on the terrace after everyone else had left.

It was a heady feeling – the one that we all love when travelliıng – making a connection with a local person.

Ahmet was a good storyteller

We talked about technology and it’s effect on society, emphasised by parenting stories – his boys were 10 and 4 and ours already grown.  The rooftops echoed with laughter.

He shared insights wıth us

Commenting on the wonderful hospitality shown to us in Tukey he explained that it was borne of the belief that helping a traveller would bring fortune and luck to the giver.

Ahmet pointed out that in the west of Turkey where everyone had a finger in the tourist pie, such hospitality most times led to an invitation to buy something.  We had noticed that ourselves and appreciated his insight, but the fact remained that we had never before been helped so willingly or shown such hospitality.

He told us proudly that in the east this was not a problem, that there the people were generous without expectation.  Why he should know, his own mother was from the east – a Kurd who had married his Turkish father and moved to his tiny village.  His childhood stories were entertaining and had strange parrallels to our own.

We shared a love of travel.

Apart from his Kurdish heritage he had done his military service near Mt. Ararat and afterward travelled through the south-east, north-east and Black Sea regions just because he wanted to see and learn about the whole of his country.  He was the first Turkish person we had met who had actually been to the east so we were very interested in what he had to say.

As the night wore on and thoughts of an early start began to niggle, we made moves to leave, whereupon he proclaimed us part of his famıly and slipped a card into my hand.

I have a Carpet Shop and would very much lıke you to come and visit me there….

We did visit our new friend at his shop and were welcomed like family and before we left he wanted to know.

Would we like a recommendation for where to have dinner?  He knew just the place.

I fınd myself smilimg when I think about our new Turkish friend.