When I first heard of the Cordoba Patios, I struggled to understand the concept.  It was explained to me like so

“People decorate their patios (courtyards) then other people come and look at them”.

My initial thought was “Gee that is going to be awkward just walking into peoples courtyard and looking at their flowering pots”.

Then we went to the patios.

There were thousands of other people traipsing around the streets and walking into private courtyards (they are marked so that you don’t just wander on in where you are not wanted).  As the courtyards are quite small and the number of people viewing are great, the courtyards get very squeezy.

After we had been to about ten, they all began to blur, and we called it quits.

The pots are all planted with the same plant, Geraniums, in differing hues, but still!

I think it is the oddest thing we saw in Spain – and it was so popular. 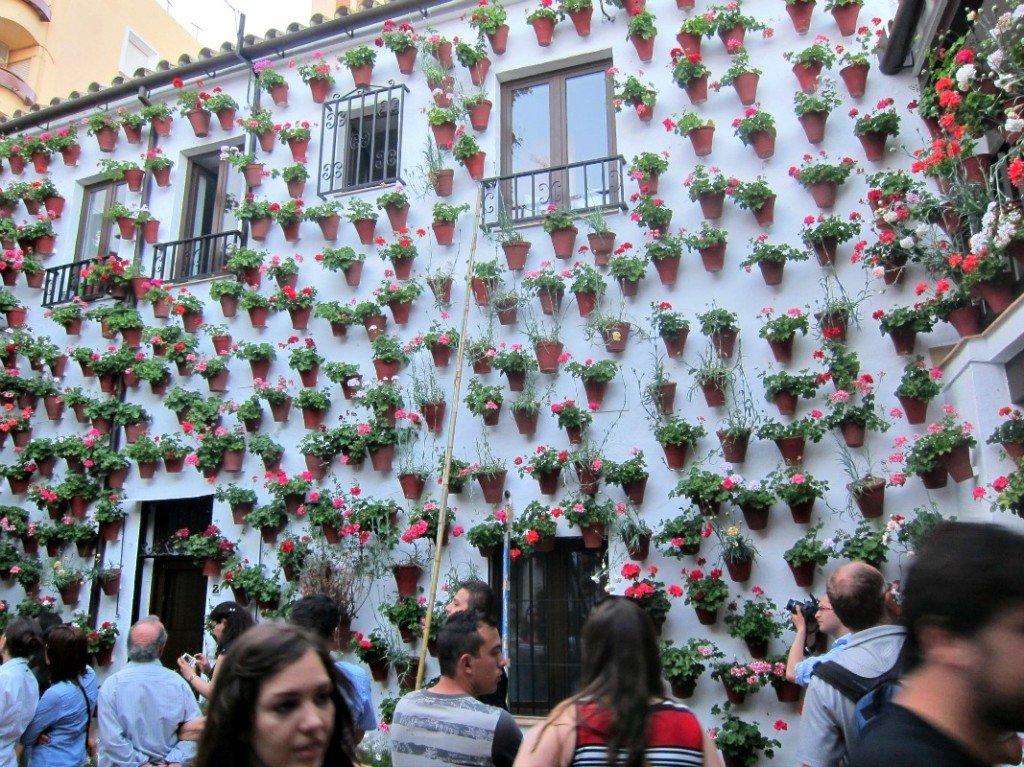 The Cordoba Patios, in the Andalucia regions of Spain, is an annual competition held this year from the 8th to the 19th May, 2013.  It always follows the May Crosses Festival.

It is amazing, fantastic even, the strange things that become tourist attractions around the world.

Have a fantastic Friday.

Entrance to some patios is free or you may be asked for a small coin donation.