Are there Castles in New Zealand?

Yes, Larnach Castle is the only castle in New Zealand and you will find it on New Zealand’s Otago Peninsula near Dunedin.

Larnarch Castle History is quite intriguing. Despite being located in the South Island of New Zealand, the castle was built and owned by an Australian of Scottish descent.

William Larnarch was that man and his story is a dramatic one. It was fresh in my mind as we explored the extensive Larnarch castle gardens. 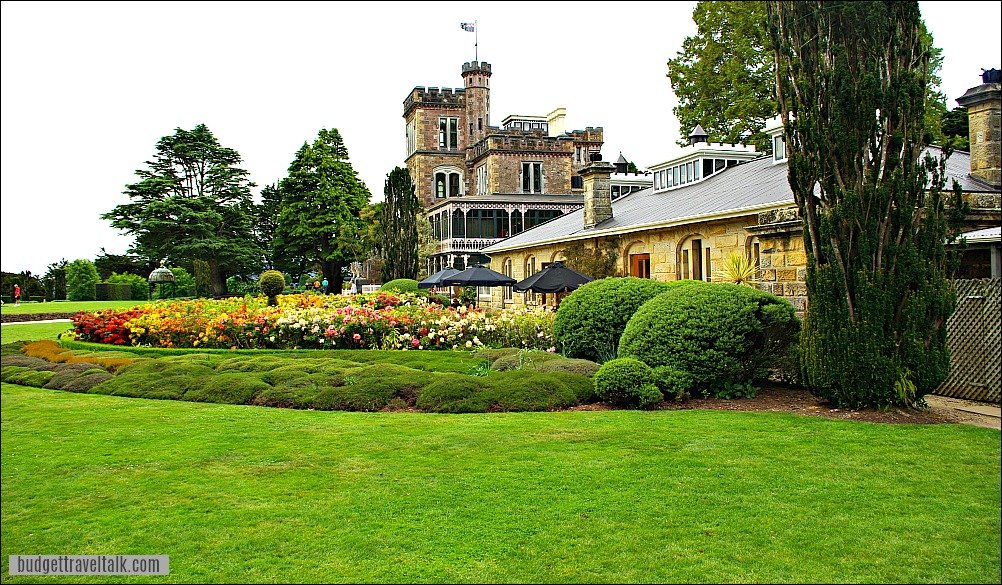 Why did a bank manager from the Australian Goldfields build a castle in New Zealand?

The business world of Dunedin N.Z. had close ties with Victoria in Australia, where William worked. When gold was discovered in Otago N.Z. in the 1860’s he was offered a job as Manager of the Bank of Otago in Dunedin. It was a small branch and was experiencing difficulties. 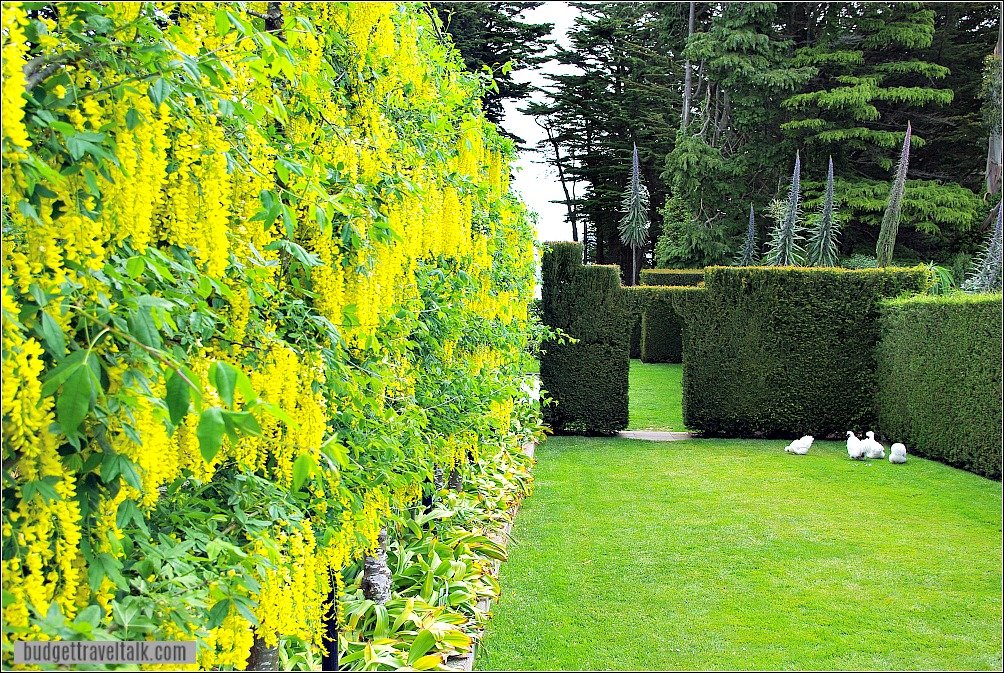 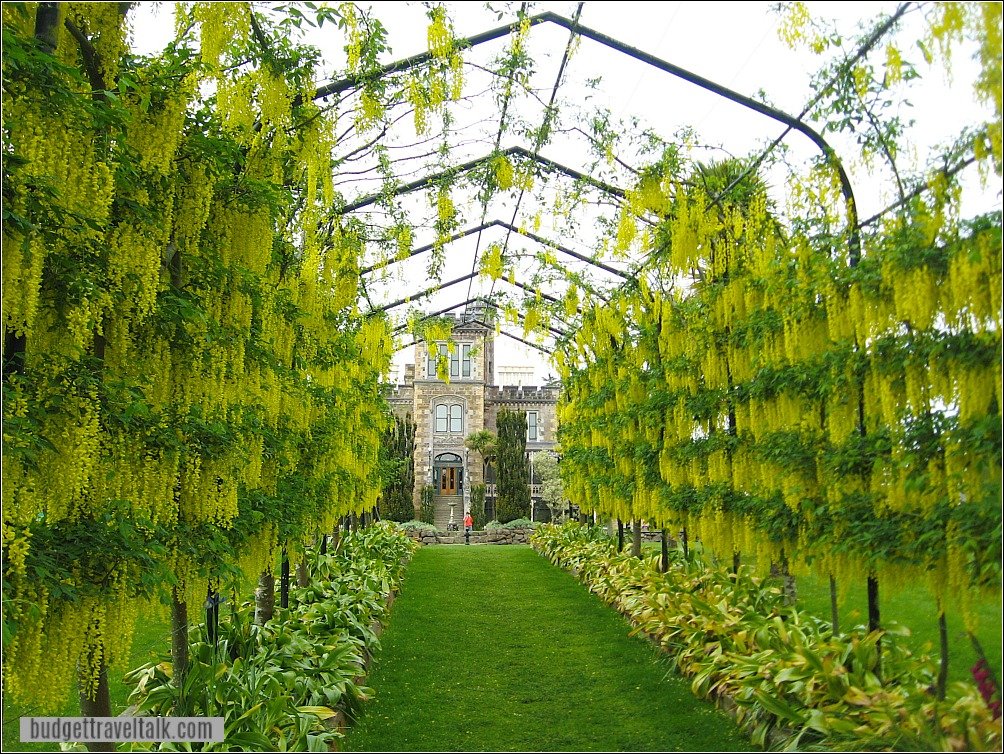 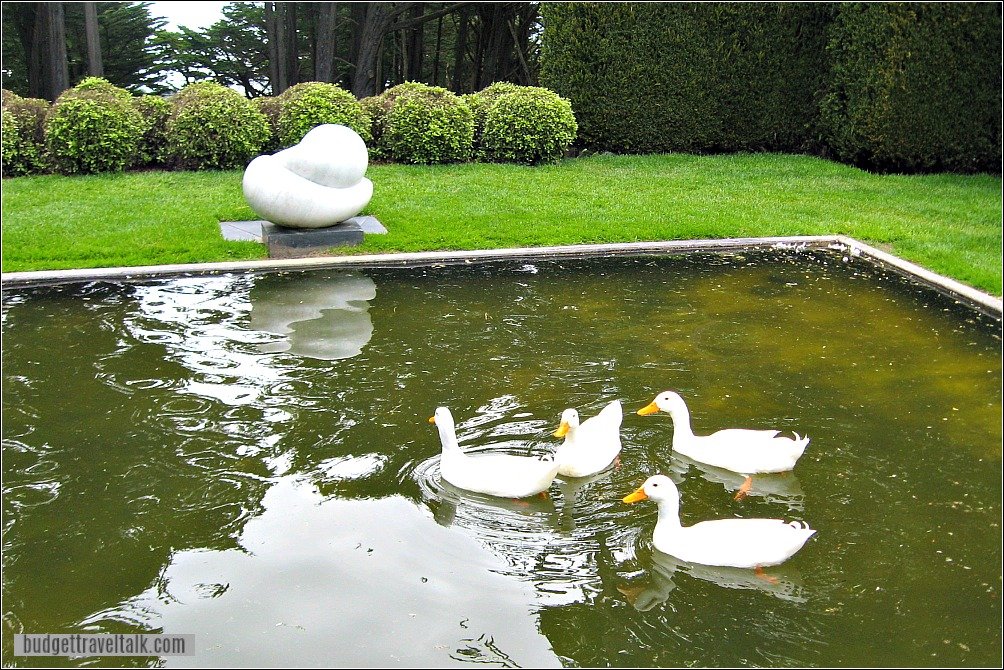 William was much more than a bank manager and for a long time he prospered with multiple business interests. He became a cabinet minister for 25 years in the New Zealand government in various portfolios.

Although he was positive he could turn the fortunes of his Bank of Otago branch around, it was not to be. He became insolvent, his first wife Eliza died in 1880 and he tried repeatedly thereafter to reinvent himself. 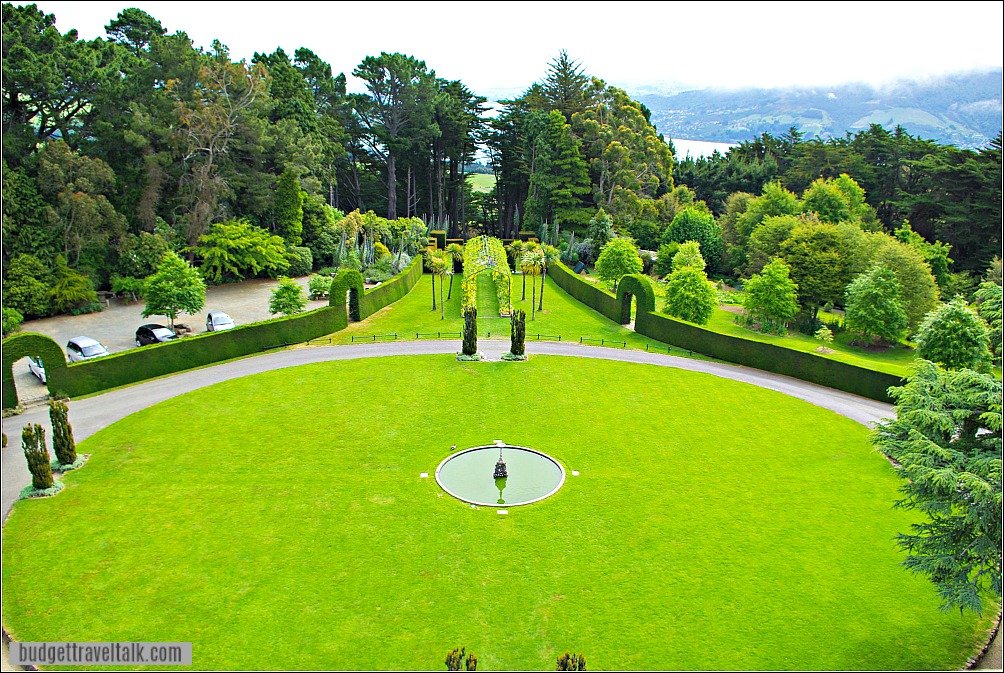 The Building of Larnach Castle

William’s wife Eliza was an Australian property heiress and he had lofty dreams of building a mansion for her on the Otago Peninsula.

He spared no expense building the 43 room family home in 1871 which he called simply The Camp. It was a local Newspaper that dubbed it The Castle.

It took three years to construct and another twelve to fit out with marble, slate and glass from around the world as well as with local Rimu, Honeysuckle and Kauri timber. Only the best would do.

In a cynical twist, Eliza snubbed the grand Mansion Larnach built her, preferring to live in Dunedin.

William added a ballroom to the Castle for his favourite daughter Kate, but then was devastated when she died of typhoid. His business fortunes became tumultuous with scandals and money losses.

Williams personal life was also in turmoil. First wife Eliza died aged 38. He married her sister who also died aged 38 and there were rumours that his third wife was having an affair with his son.

William took his life in 1898 in a N.Z. Parliament building.

Legal battles ensued and the family sold his dream in 1907. 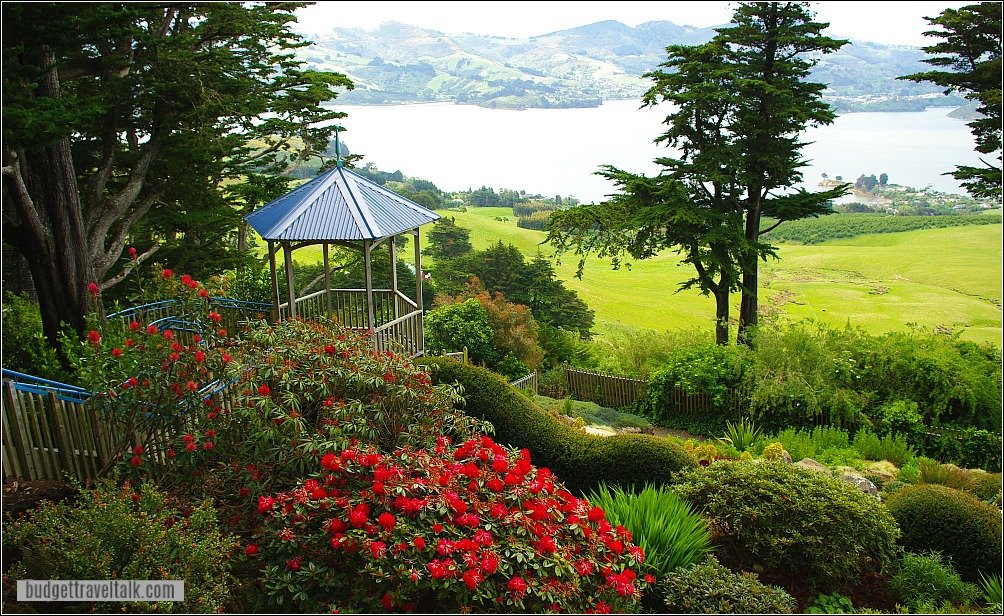 It is widely believed there is at least one Larnach Castle Ghost. The ghosts of daughter Kate and her mother (first wife) Eliza are favourite contenders.

The Premier of a play about Larnach called “Castle of Lies” was performed at the Castle. The play was controversial, not least because of the proceedings that night.

The most outstanding thing that Margaret Barker (the current owner) remembers about the night took place during the scene where Larnach shot himself.  A huge storm raged outside and at the precise moment of the shot the room was lit by a tremendous white flash.

The audience were impressed, presuming it was a special theatre effect, but it was a natural or as most now believe, a supernatural lightening effect. 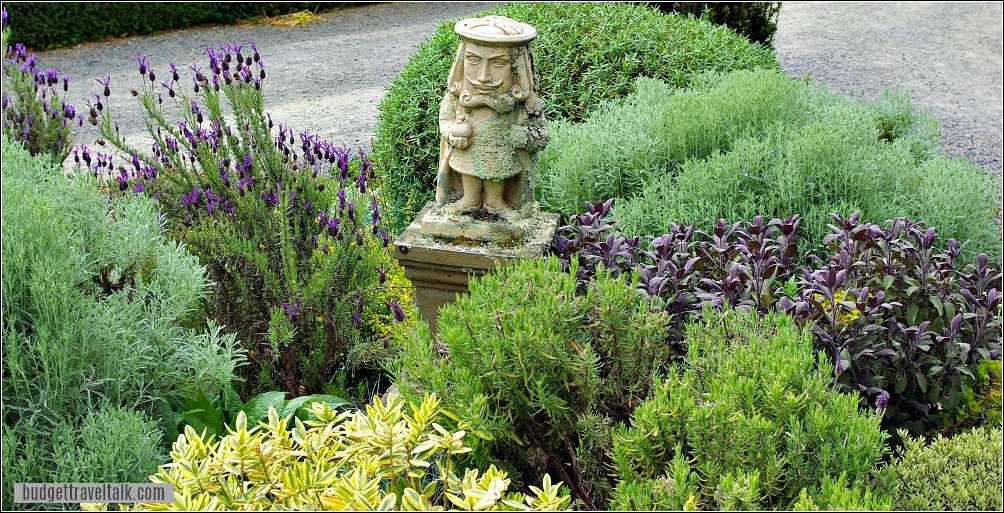 Rated by the New Zealand Gardens Trust as a Garden of International Significance, Margaret Barker has been restoring and improving the gardens.

The original framework of paths, hedges and trees was first reclaimed and then improved upon. Like all good gardens there is always something of interest, regardless of the season.

Spring brings flowers back to the rock garden to last through Summer and Autumn, showy rhodendrons are found randomly throughout and azaleas bloom outside the Ballroom.

In Summer large lillies fill the rainforest with a gorgeous January scent and the Serpentine walk becomes a riot of trellised rose flowers. It’s the time for garden weddings and photography excursions.

In Autumn the heathers bloom and trees turn to Autumn colours and in Winter the garden reveals is structures and waits for the first flowering Snowdrop.

The garden is actually a collection of different gardens. I fell in love with the Laburnum Arch, covered in a showy mass of yellow flowers during our November visit.

Some of the Alice (in Wonderland) sculptures i.e. the Duchess and Knave have been in the garden since 1930, predating the current owners by 37 years. Margaret embraced this quirk and added more including the pink Queen of Hearts throne in the rainforest.

There is an actual reference to New Zealand in the original “Alice’s Adventures in Wonderland” where they suppose if falling through a hole they might end up in New Zealand.

There is even a curious door in a tree trunk in the South Seas Garden.

Bronze Sculpture of Alice with Golden Hair added in November 2007. 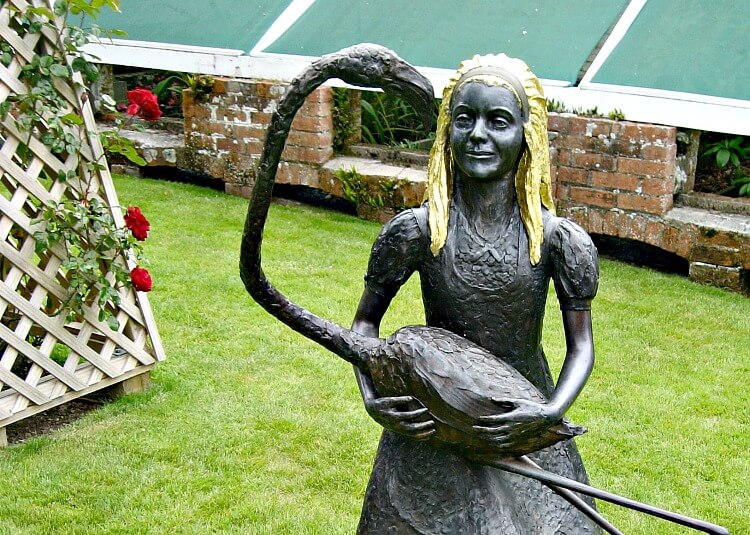 The Current Owners of Larnach Castle

Margaret and Barry Barker purchased the property in 1967, restoring the non-existent kitchen floor and fixing the plumbing and faulty electrical wiring.

Margaret took on the garden and created what we see today. For many years she conducted the garden tours herself.

The Larnach Castle gardens have exquisite views over the peninsula and ocean. 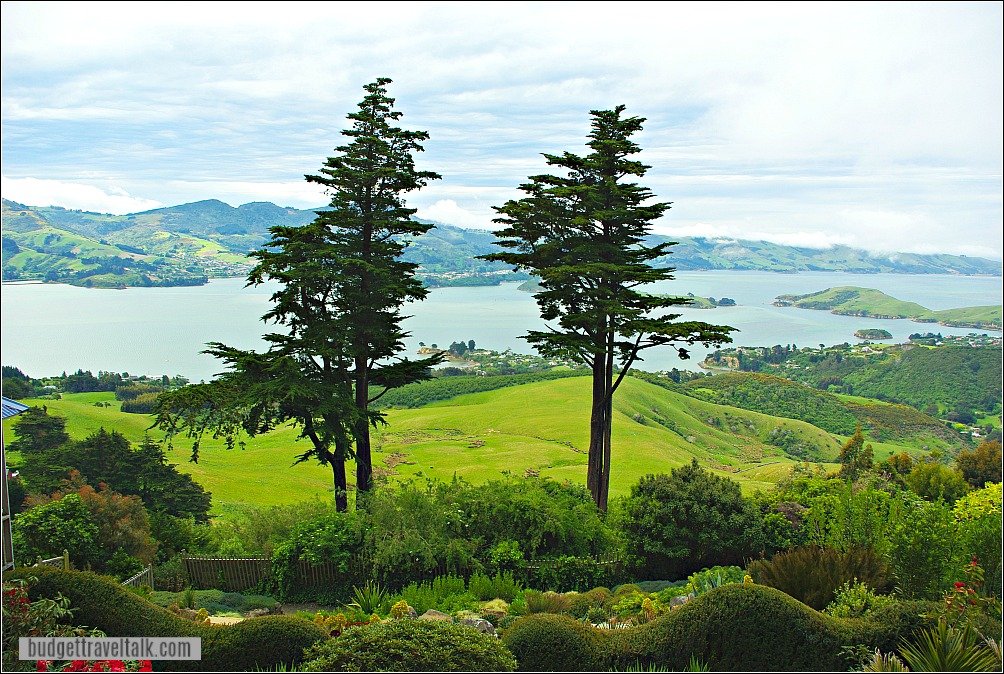 We visited the Castle in part three of our New Zealand Road Trip. 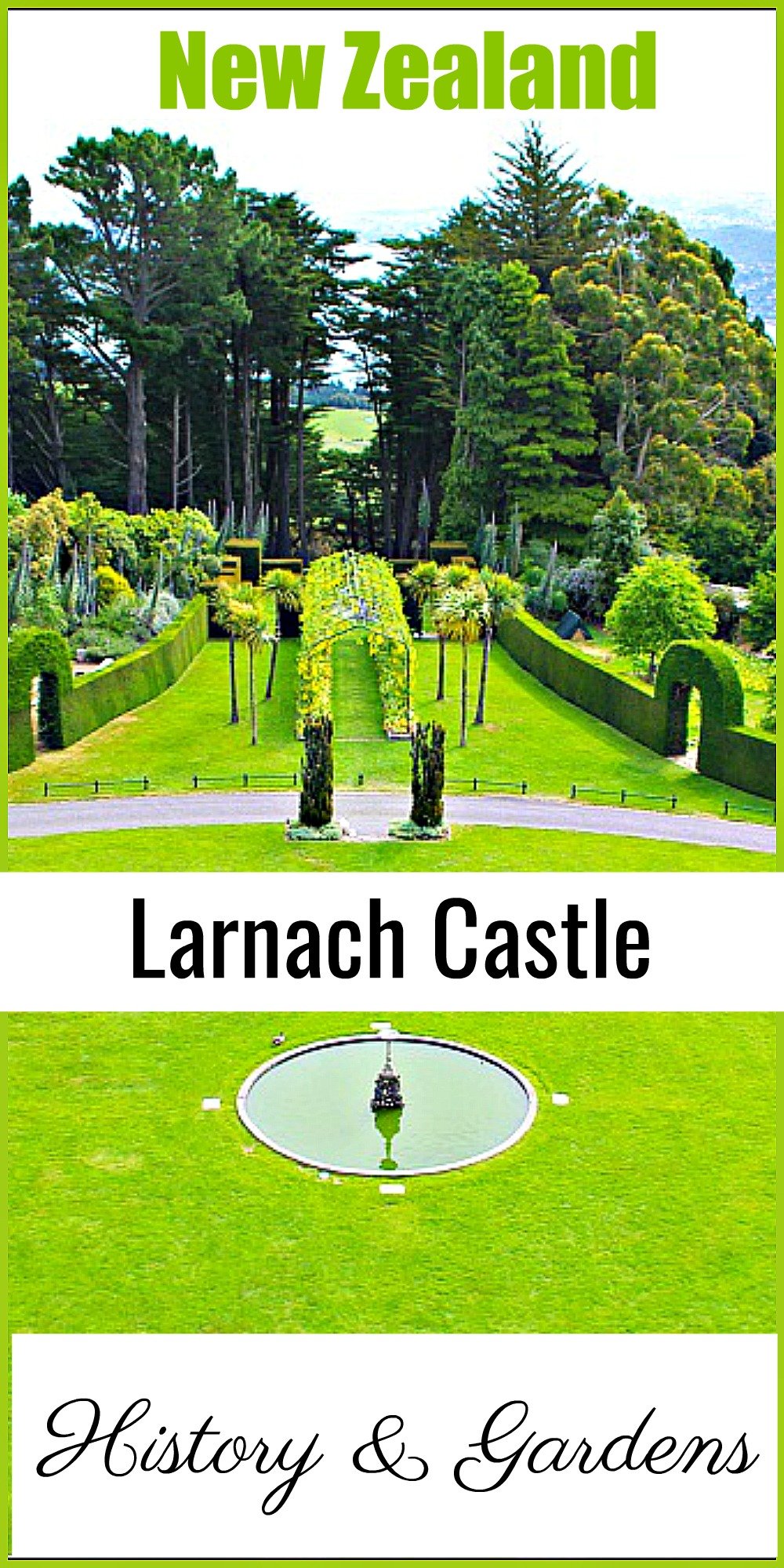 You can dine in the historic ballroom or outside in the garden cafe – Kate’s Ballroom. All food is made on site from local ingredients where possible.

High Tea, plus Castle and Garden Entry is $62 NZD per adult and $40 NZD per child. 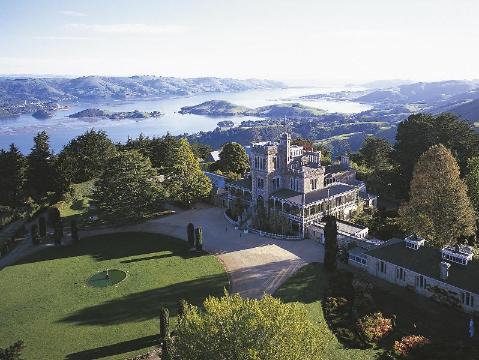 The Otago Peninsula is well worth exploring. The ocean can be wild on it’s western side, but on the east the peninsula forms a quiet 20 km long harbour with the mainland.

The castle is about half way along the peninsula but at the furthest tip, Taiaroa Head, is the Royal Albatross Centre. The centre is the only mainland breeding colony of Royal Albatross in the world. Here you can see Albatross with their 3 metre wide wings flying high or their cute fluffly babies inside the observatory.

Sir David Attenborough had these words to say about Taiaroa Head.

“Otago Peninsula and Taiaroa Head is a unique and very special place. It is a place that every visitor to Dunedin should see.” – David Attenborough, BBC

Get your Royal Albatross Tickets Here.

Kororā or little Blue Penguins are the smallest penguins in the world. They can be seen at dusk at Pilots Beach, near the Royal Albatross Centre when they return to feed their chicks.

The Peninsula is also home to the endangered yellow eyed Penguins (Hoiho). There is a conservation centre, rehabilitation Centre and tours.

You can learn about them at Penguin Place. Their tours fully fund their conservation project. Get tickets here.

While in the neighbourhood visit Moeraki Boulders.

Best Things to do in Port Douglas Australia
Next Post: We chose Lan Ha Bay over Halong Bay – Post 8