The area around Coffs Harbour is packed full of interesting places to visit and stunning locations for setting up camp. Actually this whole stretch of coast is one gorgeous surf beach after another, one headland with superlative views after another. We had come to see Urunga boardwalk, at Urunga New South Wales. It is a structure that sets Urunga (Oo-run-ga), apart from other seaside towns. 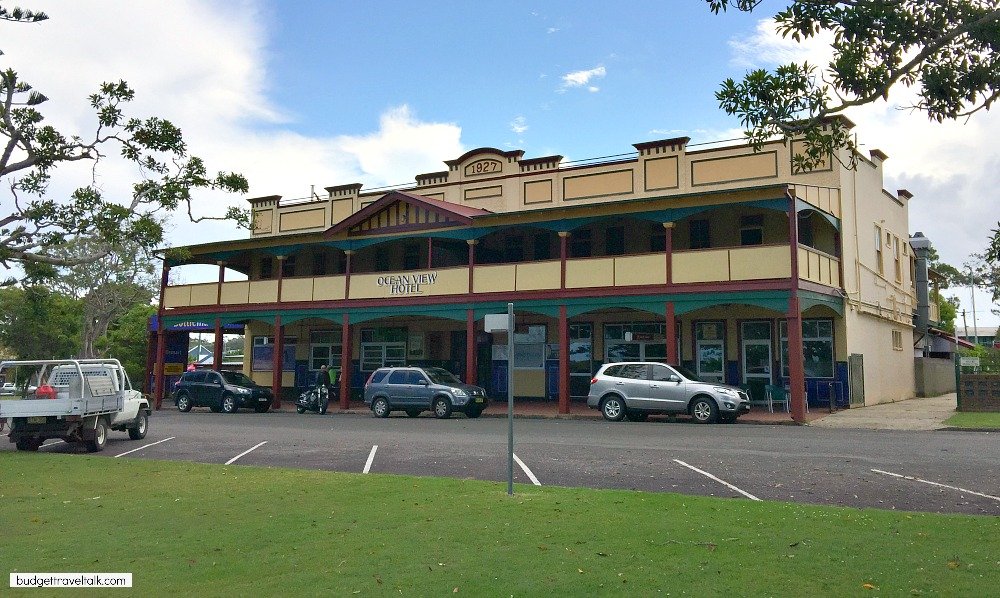 We parked opposite the grand old pub, the Ocean View Hotel and went exploring. It wasn’t far to the Public Access sign beside Reflections Urunga Caravan Park, also known as the Reflections Holiday Park, with it’s prime waterfront position. A short walk later and we were there. It is also possible to drive and park lagoon side. 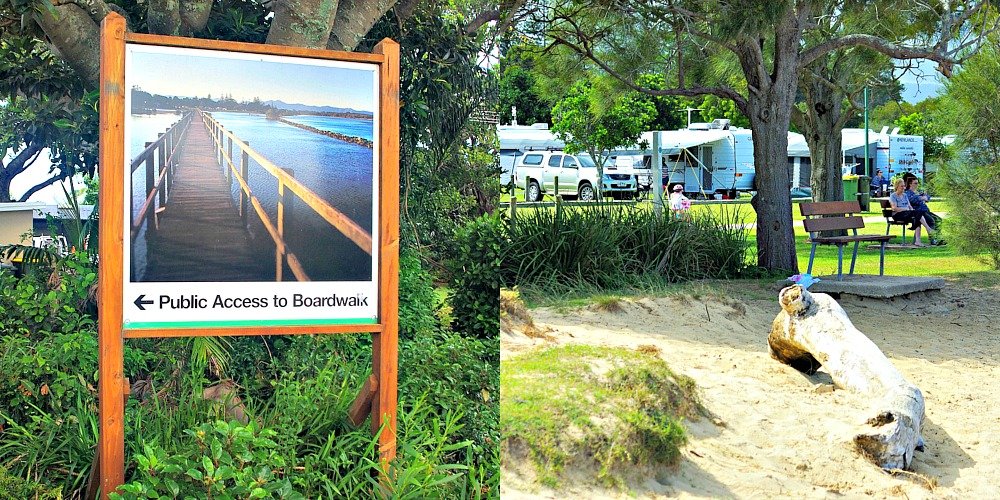 I’d not seen photos of the structure, or researched it beforehand so was flabbergasted to see timber pylons as far as the eye could see. The current boardwalk was built in four stages 1988/1991/2007/2010 and is just short of 1km long. It’s a popular place to push a pram, jog or walk the dog. 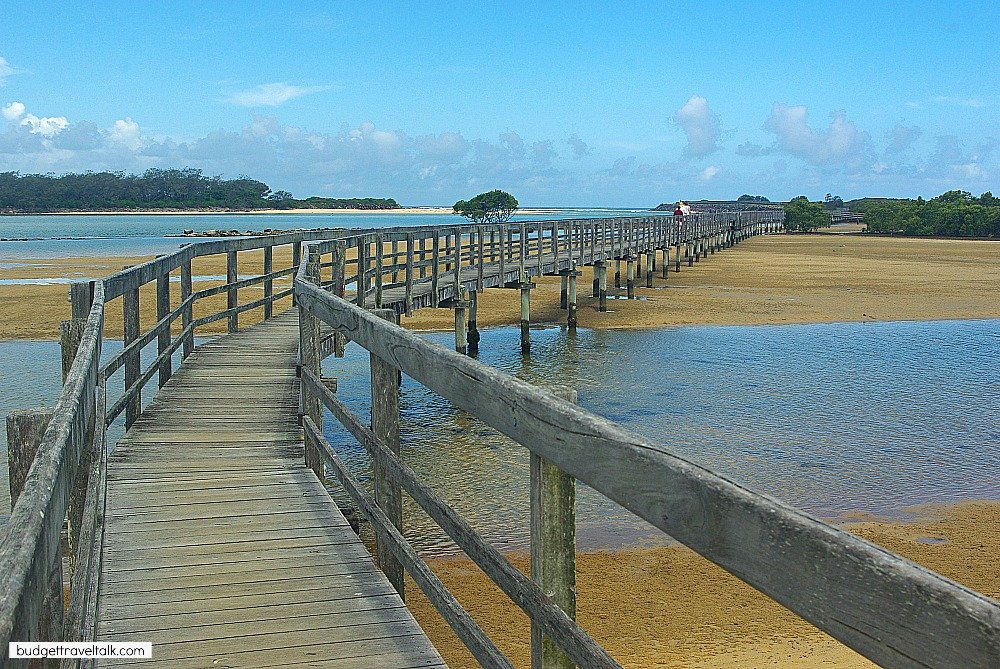 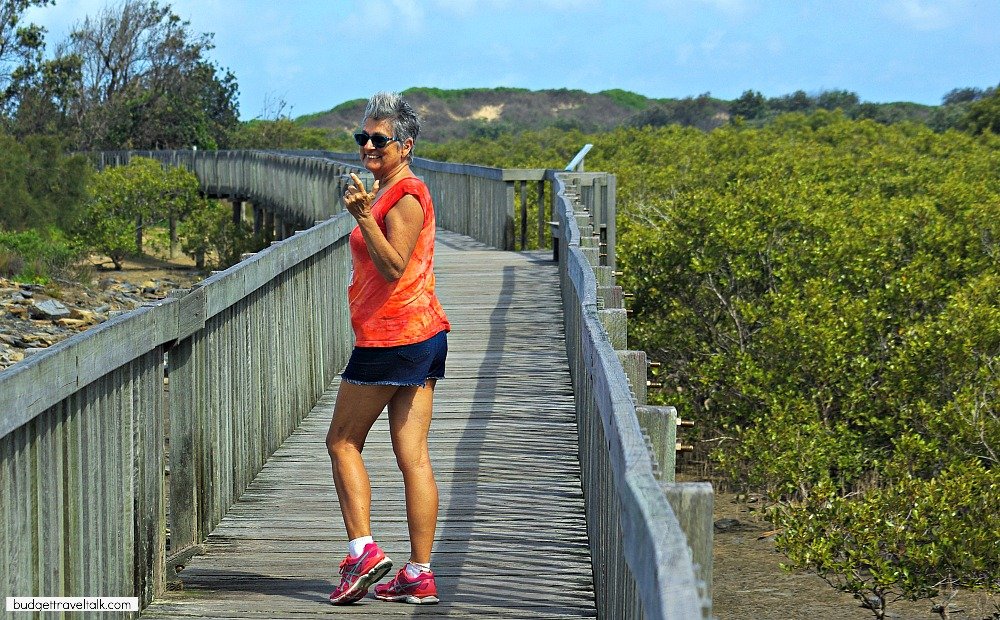 The tide was low during our visit which transformed the boardwalk into an excellent viewing platform to watch Pied Oyster Catchers hunting in the sand below. 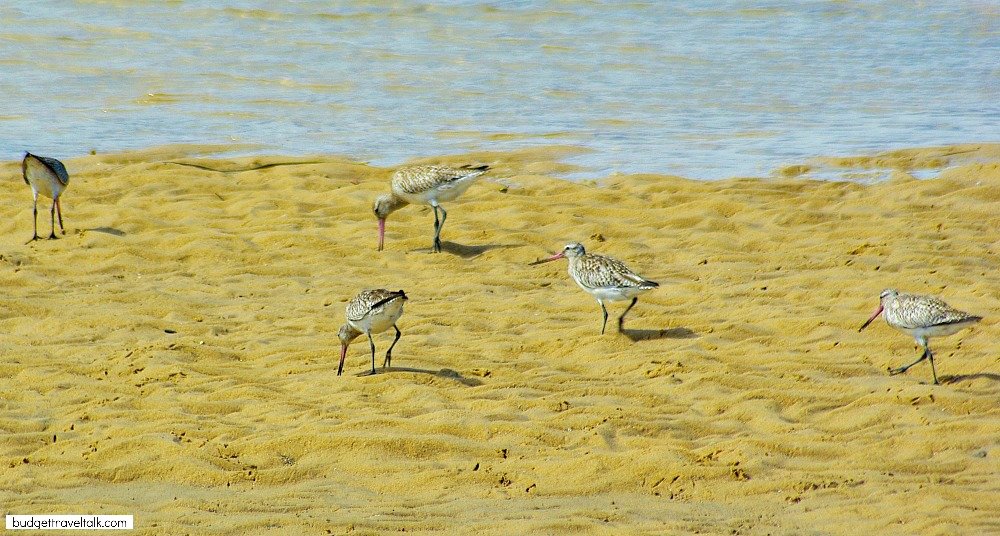 A low 260 metre walkway disappears south from the main boardwalk into the mangroves of Urunga lagoon. 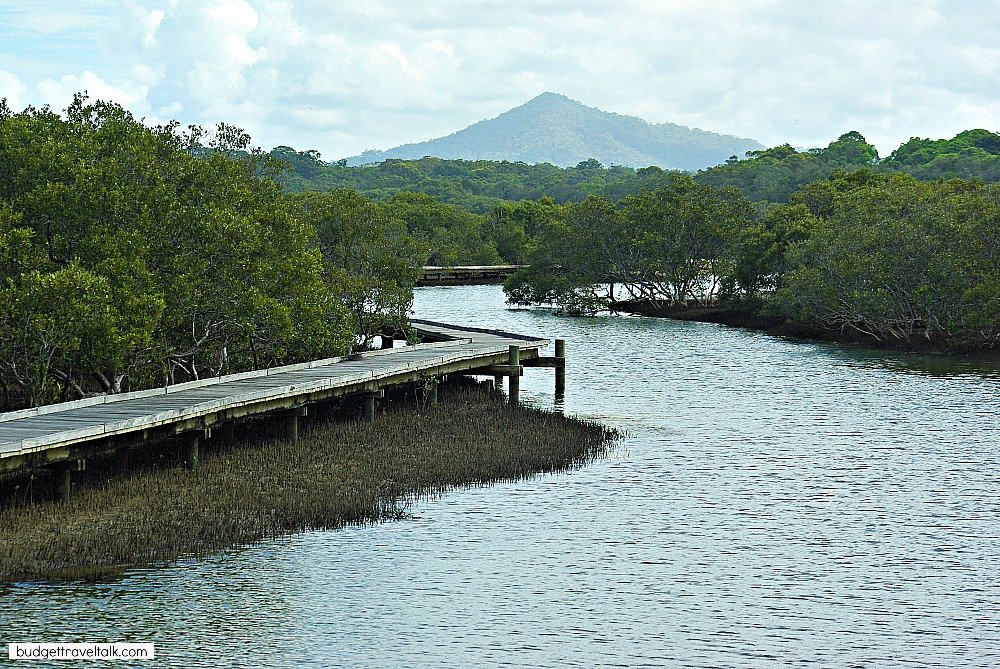 A deeper channel of water runs close to this platform and we could clearly see many sizeable fish below us. 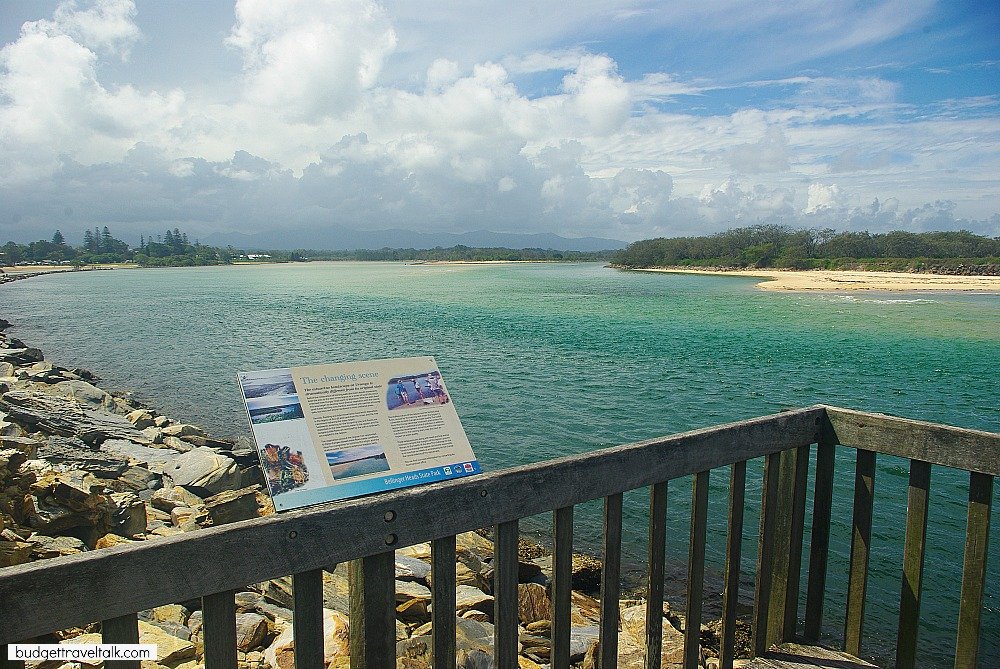 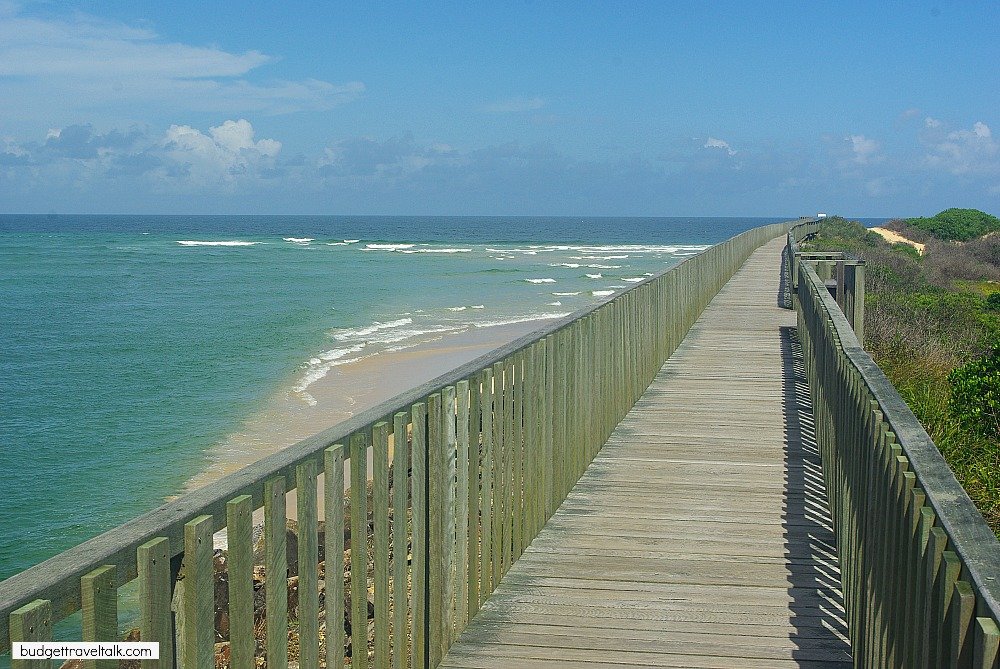 Extending from the shore over the Urunga Lagoon, the boardwalk finishes at the ocean beach, which doubles as an off-leash dog beach. Hungry Heads beach, 2.5 km south from here is used as the Urunga town beach and is patrolled by Urunga SLSC. 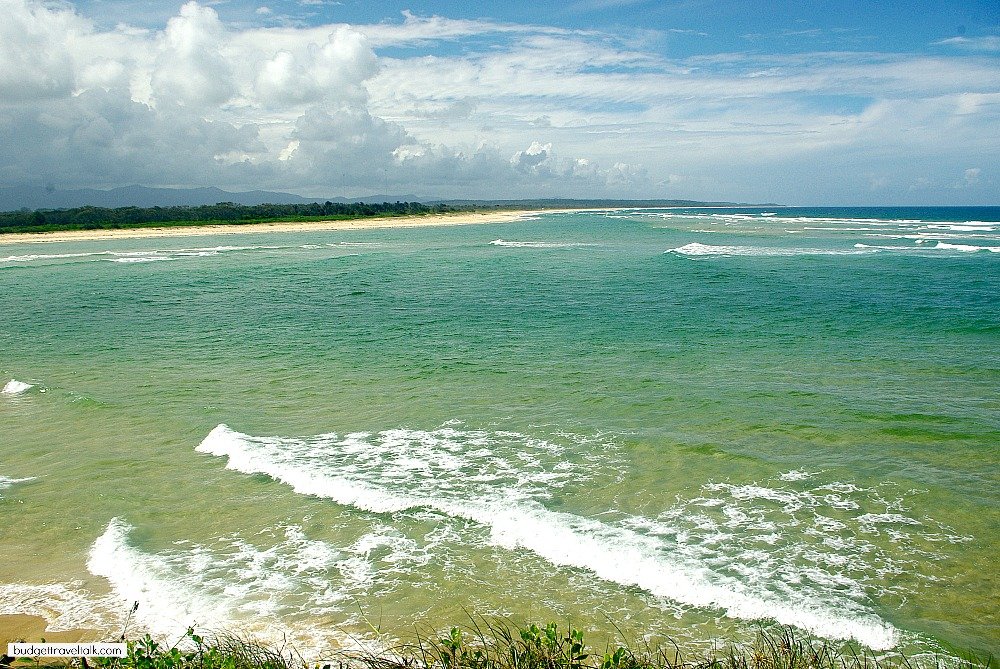 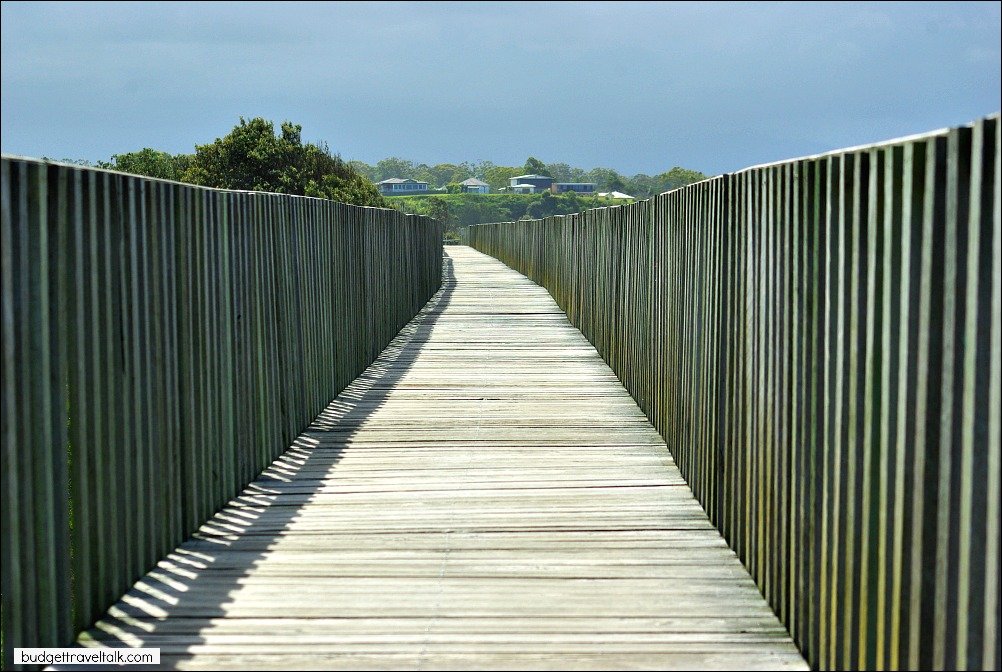 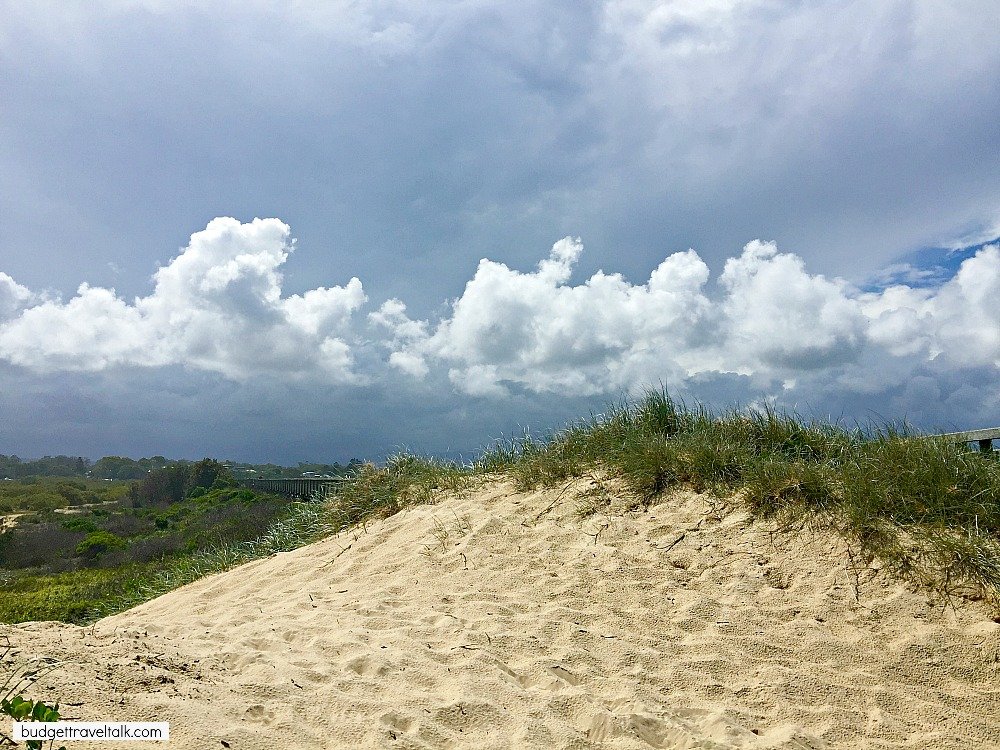 The gathering clouds were impressive and there was a decided spring in our step on the return trip.

The rock wall is a training wall… training the river. We first noticed this phenomena further south at South West Rocks. On the right hand side of the boardwalk are the Bellinger (which flows through Bellingen) and Kalang Rivers who join here and enter the ocean as one. Urunga Lagoon is to the left.

You can see where the secondary boardwalk joins the 1 km long one in the photo below. 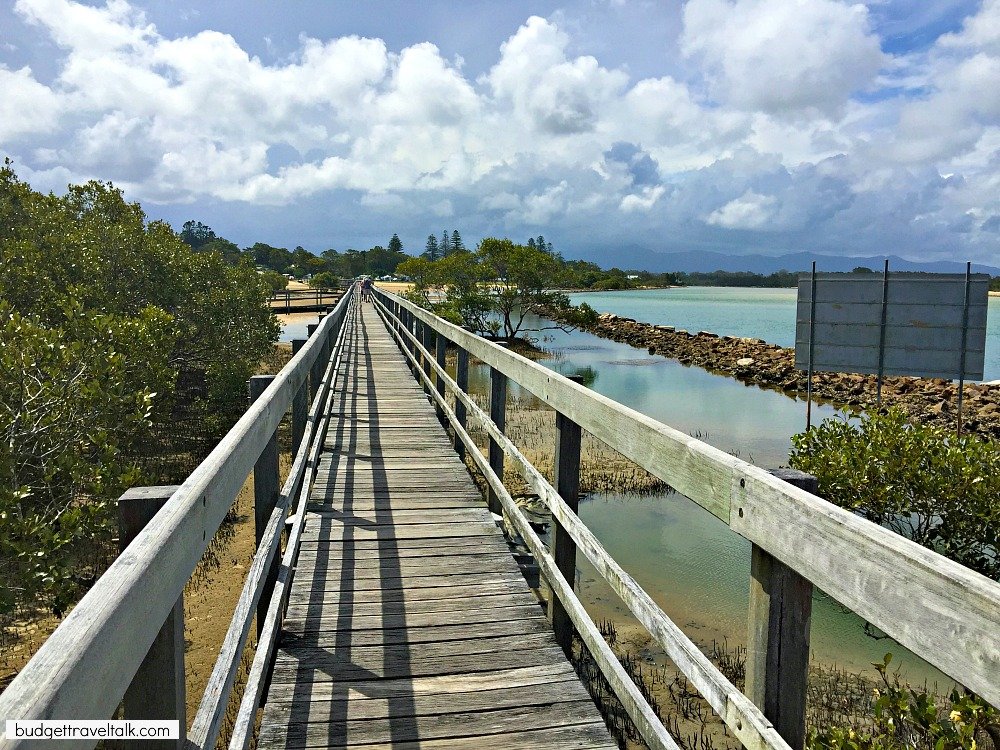 This map shows the river system.

We are big seafood lovers and received this recommendation from a local. Their oysters, farmed nearby in the Bellinger River, looked amazing, but we purchased Snapper and Blackfish fillets for dinner that night. They were the freshest and tastiest fish fillets we’d eaten in a long time. The shop itself had that fresh clean smell about it, that I wish all seafood outlets had.

Where is Urunga New South Wales

The following distances by road will give some idea as to where Urunga New South Wales is.

Thanks for reading and commenting – we really appreciate it.

If you have a blog, please add a travel post containing a travel photo (because we all love them) to the link below for Nancie’s Travel Photo Thursday which we co-host with Ruth from Tanama Tales and Rachel from Rachel’s Rumination. 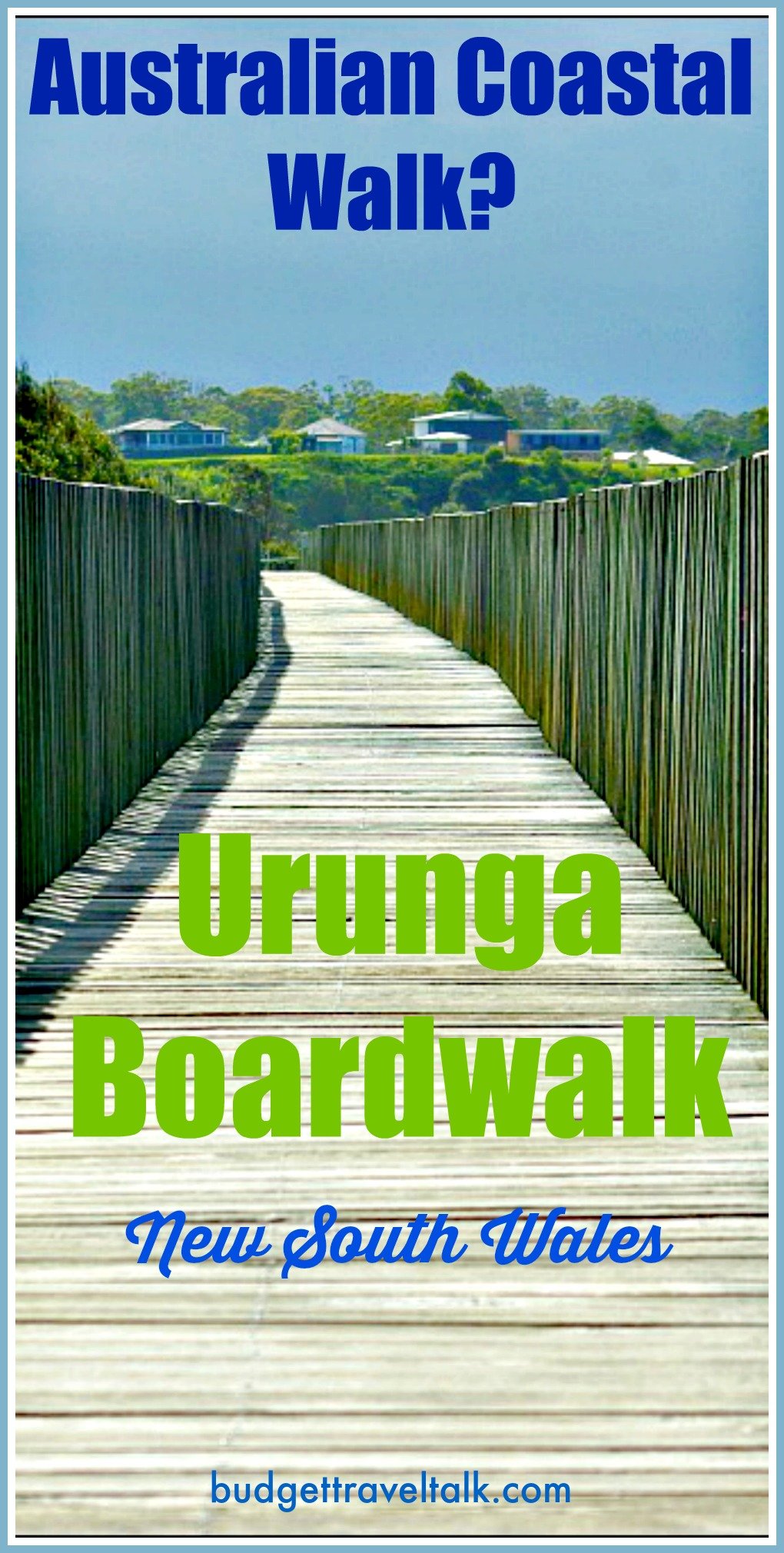 A Locals Guide to Coffs Harbour Attractions
Next Post: Where to Find the Best Australian Sunsets