When planning the Turkish leg of our three month trip we initially ruled out Car Rental because of Turkey’s astronomical fuel costs.  After further research we realized that the small diesel rental vehicles on offer had excellent fuel economy.  Pairing this with the fact there would be two of us sharing the cost, car rental suddenly became affordable over medium distances.

The area from Gallipoli (north of the Dardanelles that stretch of water that joins the Sea of Marmara and the Agean Sea) down to Foca near Izmir, a distance of some 300 km, was one area we really wanted to explore with our own wheels.

After much deliberation and while still in Australia, we rented a diesel Renault on-line through Essence Car Hire for a one week return journey from Izmir.  The cost sky-rocketed for one-way trips, so we abandoned our original plans of making our way from Istanbul to Canakkale and then driving from Canakkale to Izmir.

I pick up our trip half-way through the week’s rental, with us driving 10 km south from Geyikli, one of two jumping off points to the delightful Turkish island of Bozcaada.  Geyikli is situated on the Biga Peninsula, roughly half way between Canakkale and Babakale – the most western point on the Turkish mainland.

Have you heard of Dalyan, the popular holiday destination on the southern Mediterranean, an area known for it’s Lycian Tombs and Loggerhead Turtles, and a never-ending supply of British Holidaymakers?

Well, we were just pulling into Dalyan – Dalyan on the Agean Sea – a totally different kettle of fish.

Parking on the sand beside a Tea garden and between a couple of haphazardly parked scooters, we left the Renault and walked the few steps it took to reach the middle of the beach.  The water of the boat harbour was eerily calm, or did I see the faintest of ripples?  Motionless blocks of blue and white bordered by stark ribbons of red and black posed as fishing boats.  It could have been an oil painting – surely I had seen one just like it someplace?

We pulled up a bench beneath an olive tree and waited.  Maybe they did not wish to disturb our enjoyment of the view? After a while I went searching for tea and before long two mugs arrived – the only time in eight weeks in Turkey, that we were offered anything other than tulip glasses.  I really loved those tulip glasses but could not resist the offered mugs.  Glass mugs of course – about the size of an Aussie tea cup.

There were six men sprinkled throughout the garden – two playing drafts, a couple surveying the harbour in companionable silence, another indulging in a self manicure, while the final one sat engrossed in his paper. No-one seemed the least perturbed by our arrival. It was the kind of place where we could have stayed five minutes or a lifetime.

I imagined us finding a place to live nearby and propping ourselves under that olive tree indefinitely.  We could have worked on our laptop (if we hadn’t inadvertently left it on a plane in Australia), or flipped open a sketch book (if we had any artistic talent), but instead we both sat happily mesmerized by the total inaction of the place, nibbling biscuits from our supplies and pondering the meaning of life in this lesser known Dalyan.

Not to be upstaged by it’s well known namesake, our Dalyan, boasted it’s very own set of ruins.

“the ruins of Alexandria Troas are scattered around the village of Dalyan. The site feels blessedly secret, with rarely another traveller among its great grass-strewn ruins.” Lonely Planet Turkey

This description sounded intriguing and we were planning our very own ruin hunt as soon as we returned to the car, but it seemed that our butts were glued to that bench.

We did eventually leave – just before Dalyan claimed us forever. 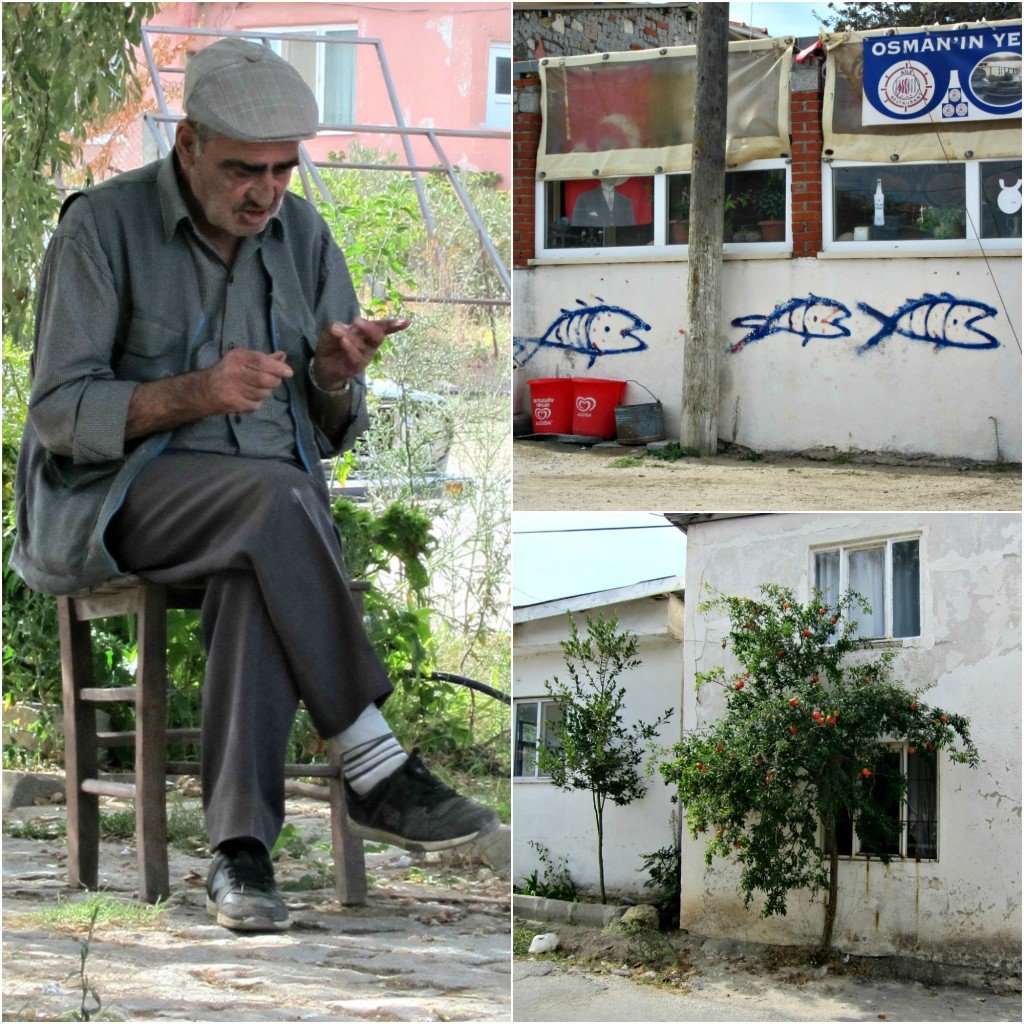 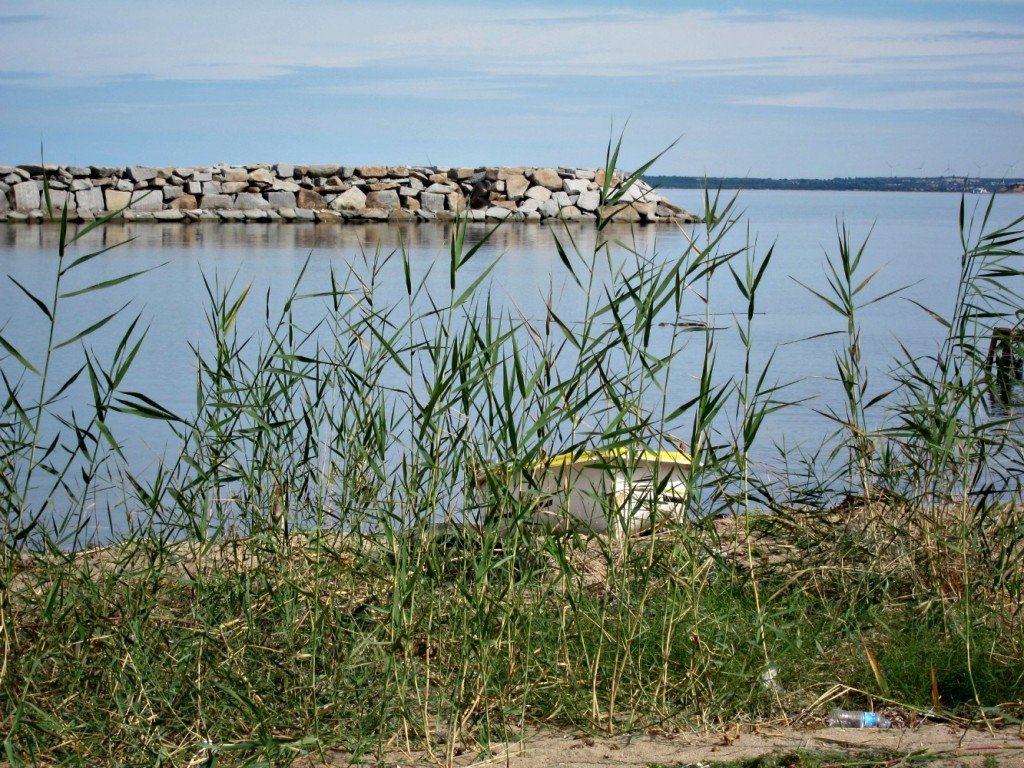 If you happen to be car poor, and time rich, it is possible to bus or dolmus hop between the towns on the peninsula, or you could try hitch hiking.