We recently spent seven weeks in Spain, Morocco and Portugal (Lisbon).  I first noticed the plethora of cats in Spain.  In the village where we house sat for two weeks, there were many strays.  They were semi taken care of by the village.  Scraps were thrown from windows and dropped under tables on the hotel’s terrace.  Despite this some of them were in a bad way due to cat fights.  According to locals the stray cat population has gotten out of control since the stray dog population has been controlled.  It was true that we did not notice any stray dogs.
However the Spanish village cats were nothing compared to Marrakech’s cats.  Those survivors skulked in lanes and were a mangy looking lot.  Their coats were dull and matted – pickings were slim in the souks.
But, Essaouira, 170 km west of Marrakech, was definitely, hands down, cat city.  They ran to a sleeker breed on the coast.  The fishermen were generous with their catch.  Guts and offcuts fed the port area cats.  There were some good looking specimens.  In town I saw the kebab man place a piece of white paper on the ground and spread out sliced chicken meat for one lucky tabby.  It may or may not have been his cat, but it was an act of kindness. 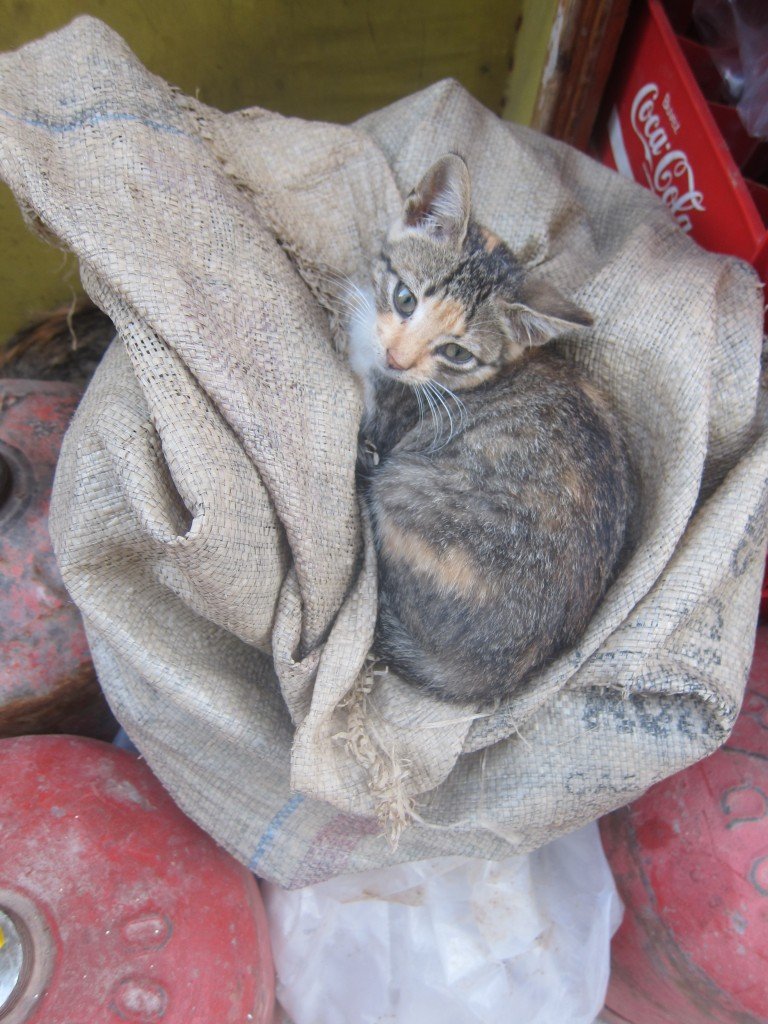 In the 50’s and 60’s Essaouira was on the hippy trail, and I think all that free lovin’  must have rubbed off in cat land, because everywhere  there were expectant cats waddling along.  Those who had already produced their litter were given cardboard boxes for their broods.  I lost count of the number of cardboard box cat families we came across in Essaouira.  My camera card became clogged with cat photography. 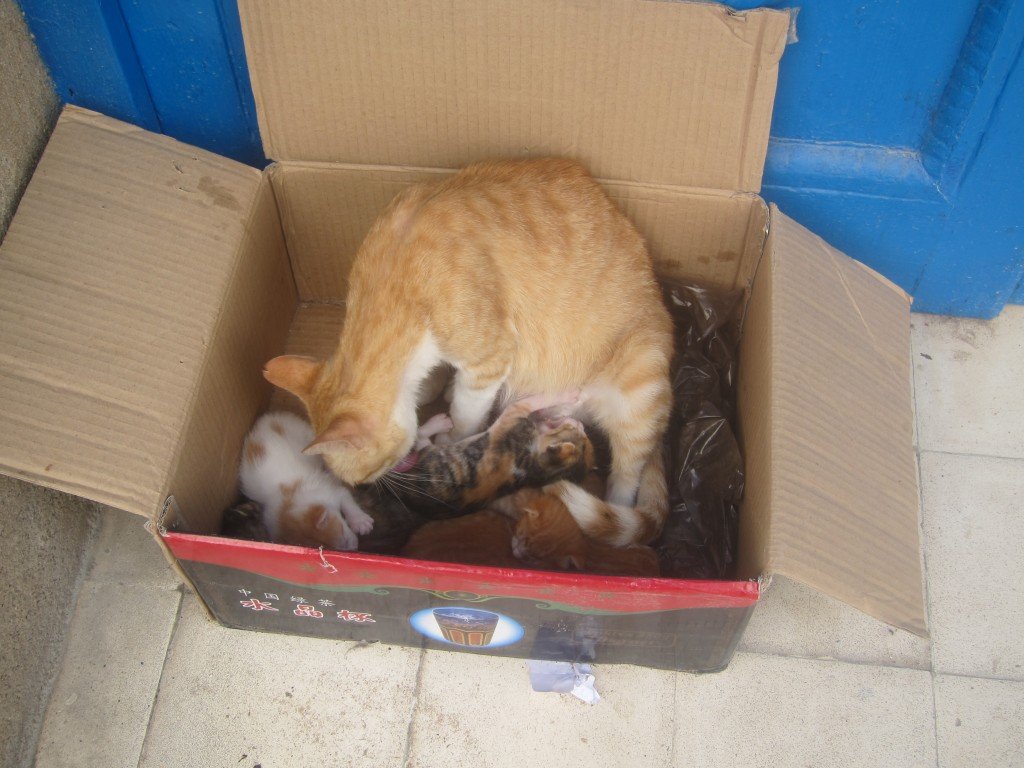 Our riad had a newspaper article about this organization who visit Essaouira biannually to help neuter and treat the strays.  The amount of cats in Essouira was astounding – the fact that they were much healthier than those of Marrakech was no doubt due to their efforts.