Istanbul is the first destination I would visit in Turkey, but Cappadocia is a close second.  Cappadocia’s spectacular Fairy Chimney landscape makes it popular with trekkers, walkers and those who just want to view from a distance. It’s position in central Turkey allows it to be used as a stepping off point for Eastern Turkey and south to Antayla. 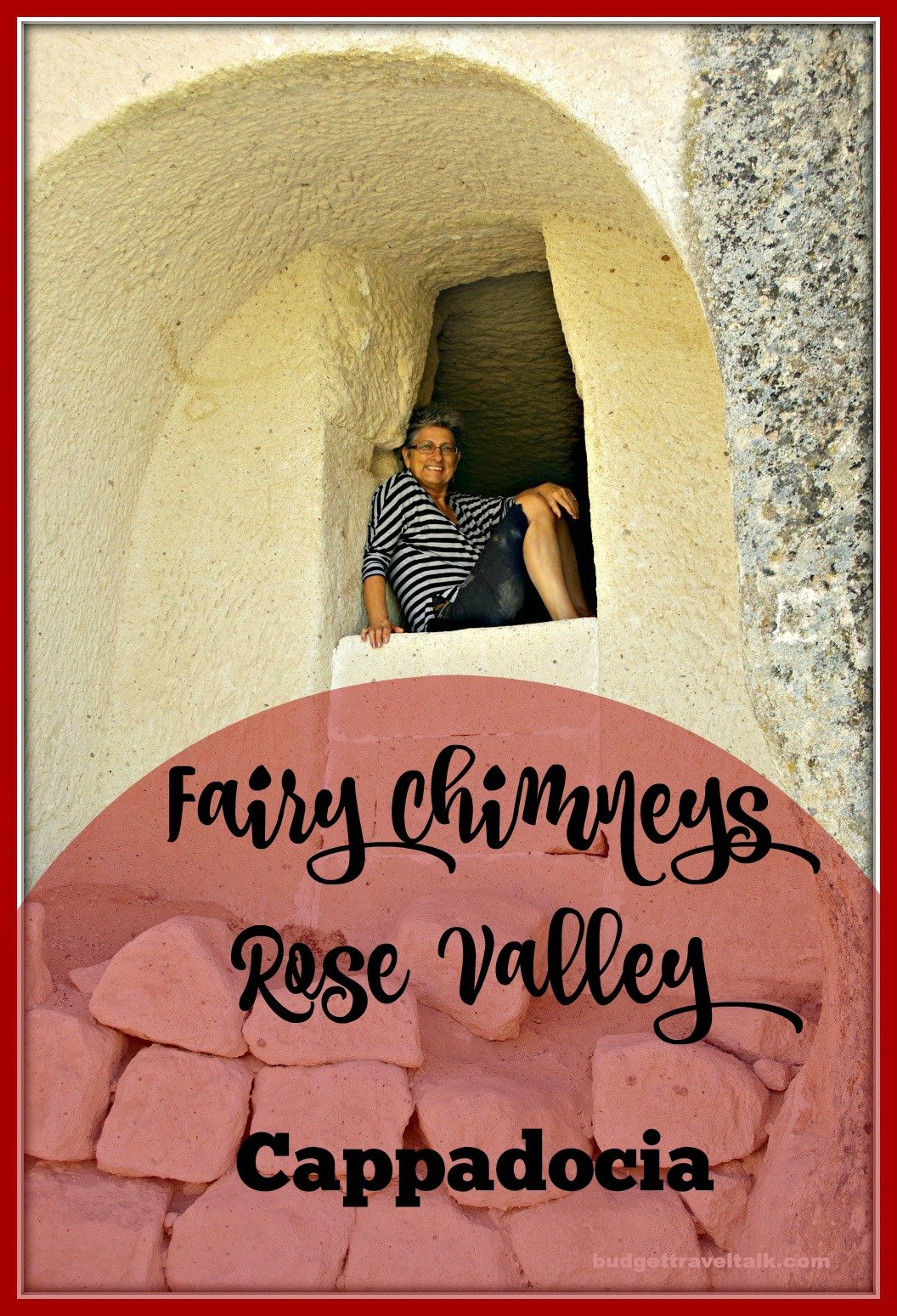 It is a region in Turkey – not a City or a Town.  I searched maps for an embarrassing amount of time before that particular penny dropped – I’ve saved you from a similar fate.

Historically Cappadocia was bordered by the Black Sea mountains in the north and the Taurus mountains in the south with equally broad east and west extremities. As far as modern day visitors are concerned, it’s nucleus is a triangle marked by the towns of Nevsehir, Avanos, and Urgup – a perimeter of only 53km – with the village of Goreme as the hub.  Spokes extend to towns like Kayseri (Erkilet International Airport) 132km to the east and the Derinkuyu (the underground city) 30km to the south. 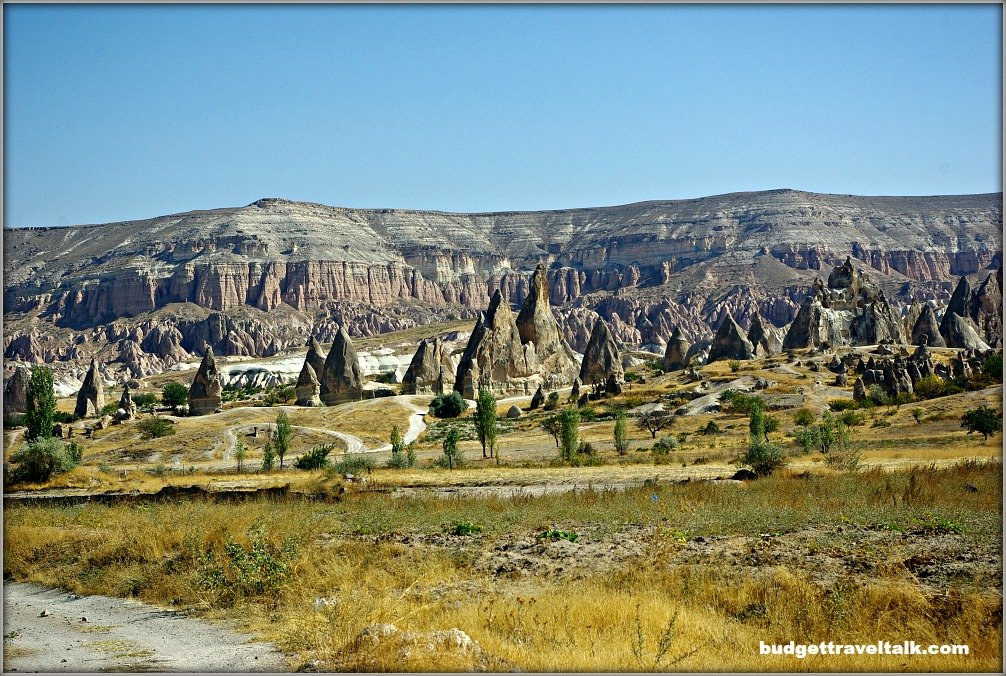 Arriving by inter-city bus from Antayla we chose to stay in Goreme because of it’s small village feel and central location and I would recommend it for first time visitors.

Two day tours operate from Goreme – the Green and the Red – we did the Green Tour (120tl in 2013).  It was good value for those without their own vehicle, but a half or full day hike through the Rose Valley will fill you with awe and won’t cost a cent!

Local buses connect the towns but are not all that frequent.

The local maps that were around in October 2013 were not all that helpful, but you can follow the road north from Goreme toward the pottery town of Avanos on foot, Take a right onto a dirt track near the small cemetery and head for the very visible fairy chimneys. This was the easiest route from our lodgings at Kose Pansiyon (recommended) but just ask for directions from your own Pansiyon or Hotel. Hand painted red or Rose arrows mark the trail.  If you wish to keep the walk to a few hours, as we did, go left when you come to a crossroads in the paths.  The further you veer to the right the longer the trek.  We kept left and ended our walk in Cavusun a small town 5 km along the Goreme-Avanos road.  You can catch a bus back to Goreme near the junction of the Cavusun road and the highway.

Looking toward Goreme from the Rose Valley 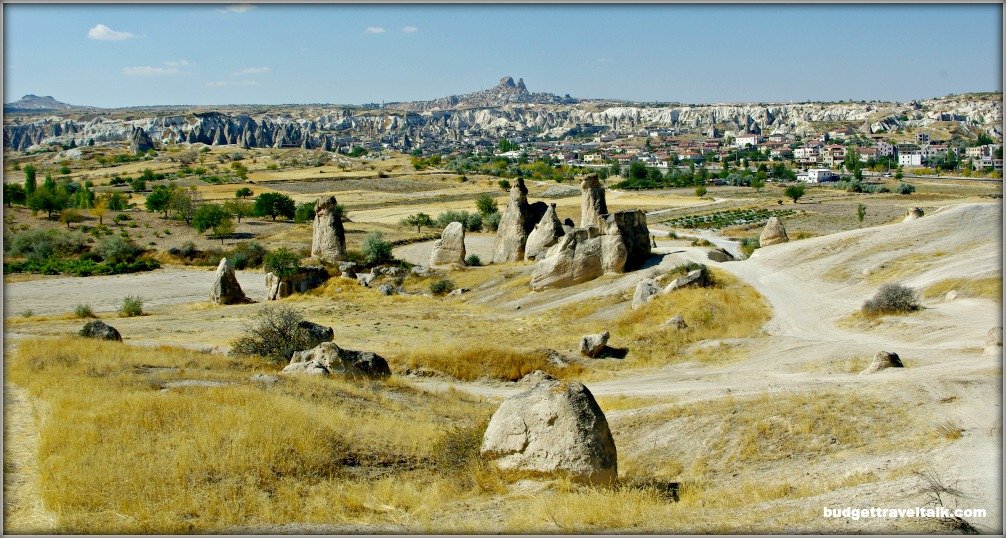 I’ve written before about the Rose Valley you can see that post here.

What are Fairy Chimneys?

Having read Wikipedia I can tell you that Cappadocia sits on Sedimentary Rocks and volcanic deposits formed between 3 and 9 million years ago.  In the area around Goreme they were eroded into pillars that resembled Minarets, from which the people carved houses, churches and monasteries.  Some of the pinnacles are phallic like in shape too, although most people hesitate to say so. 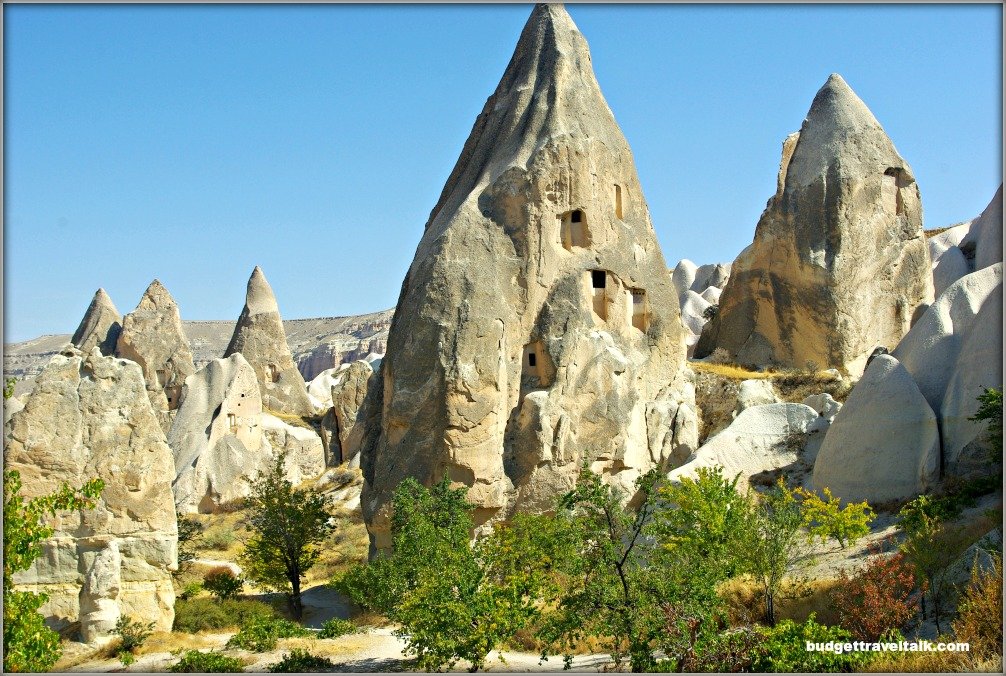 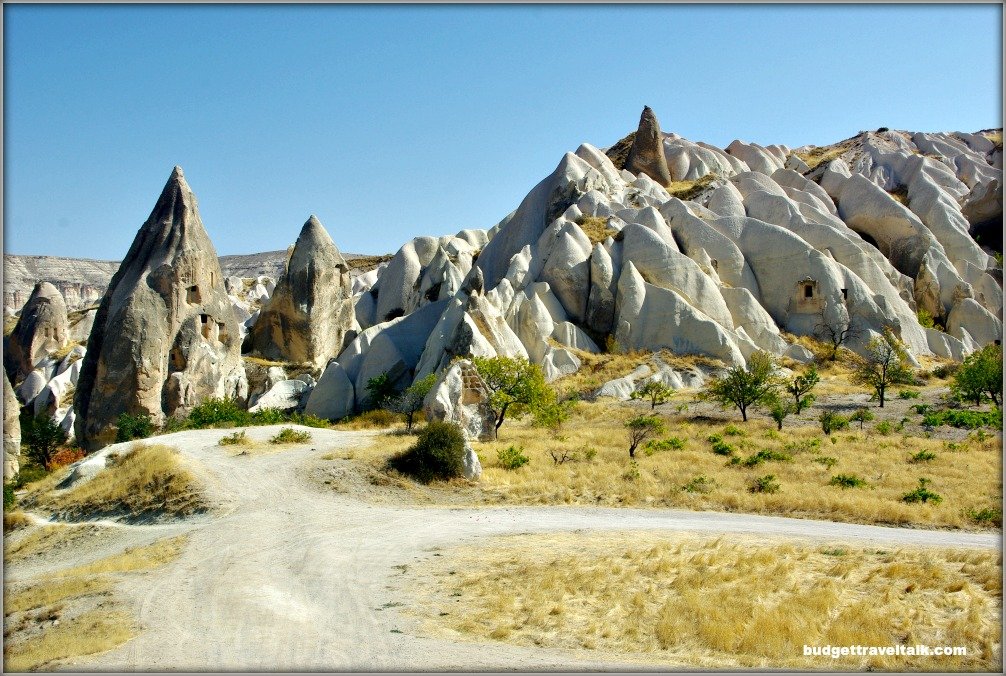 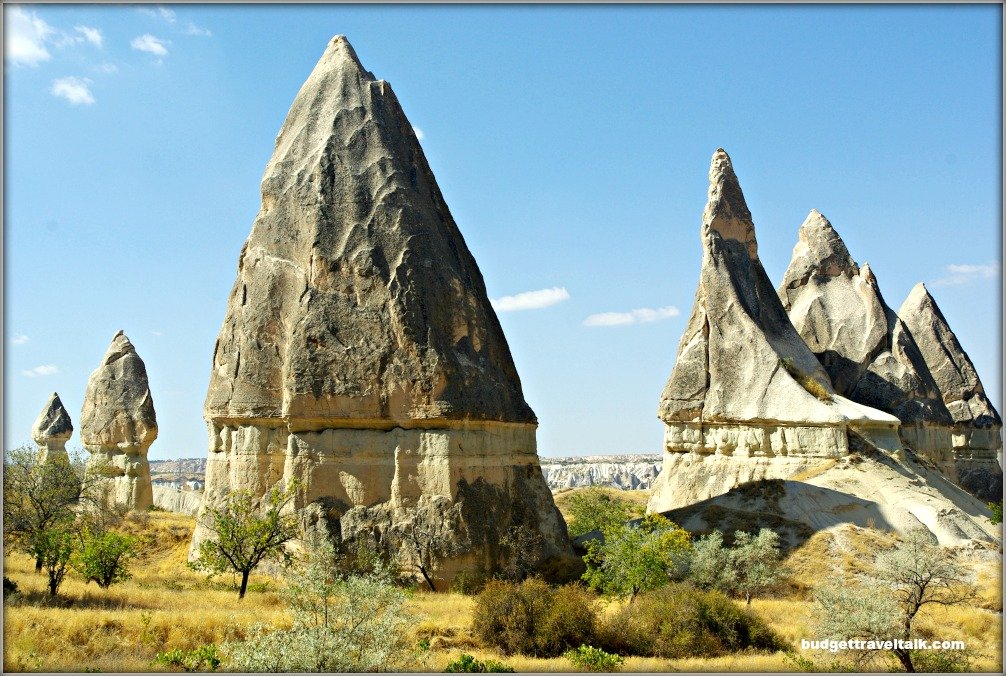 Every window in a Fairy Chimney indicates the existence of a series of rooms and possible levels within.  Here are some photos of an abandoned house we entered.  The lead photo in this post shows the entrance to this home. 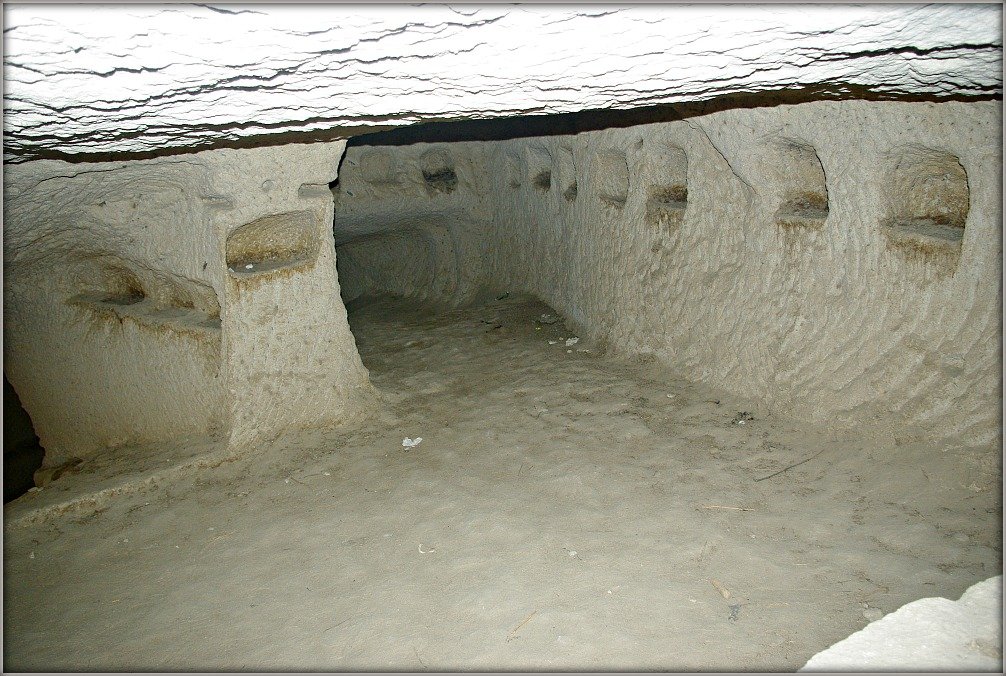 You can see some rubbish in these photos but I was surprised there was not more.  This home was open for anyone to enter and although I found it hard to find a time frame on when the houses were abandoned, I don’t believe it was in recent years.  If there is a door on a house please don’t enter.  If you see a window but no doorway the door is probably around the back. 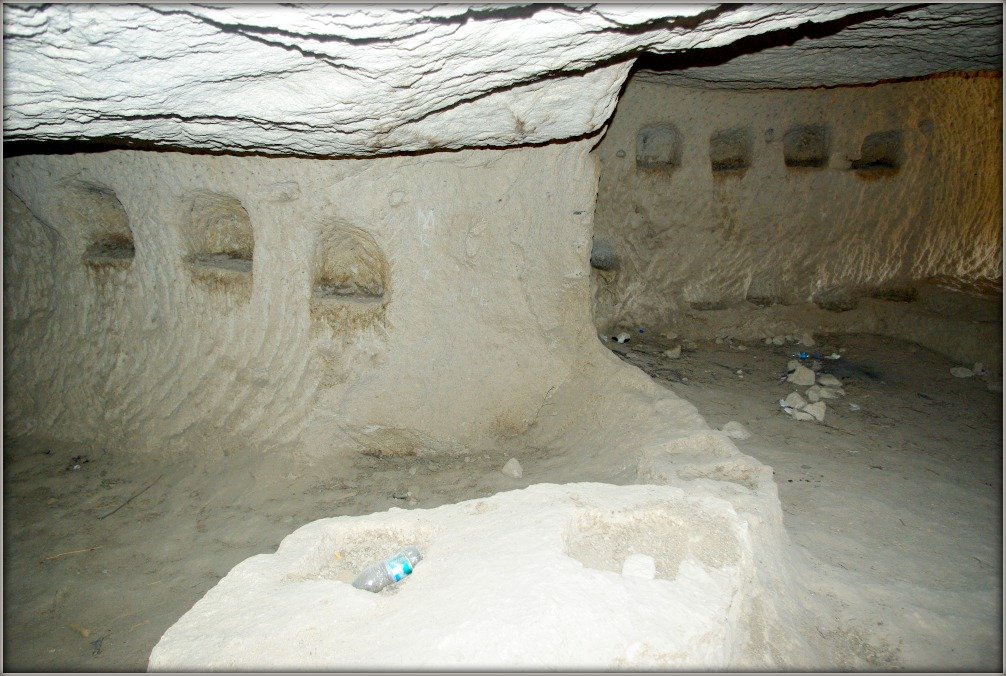 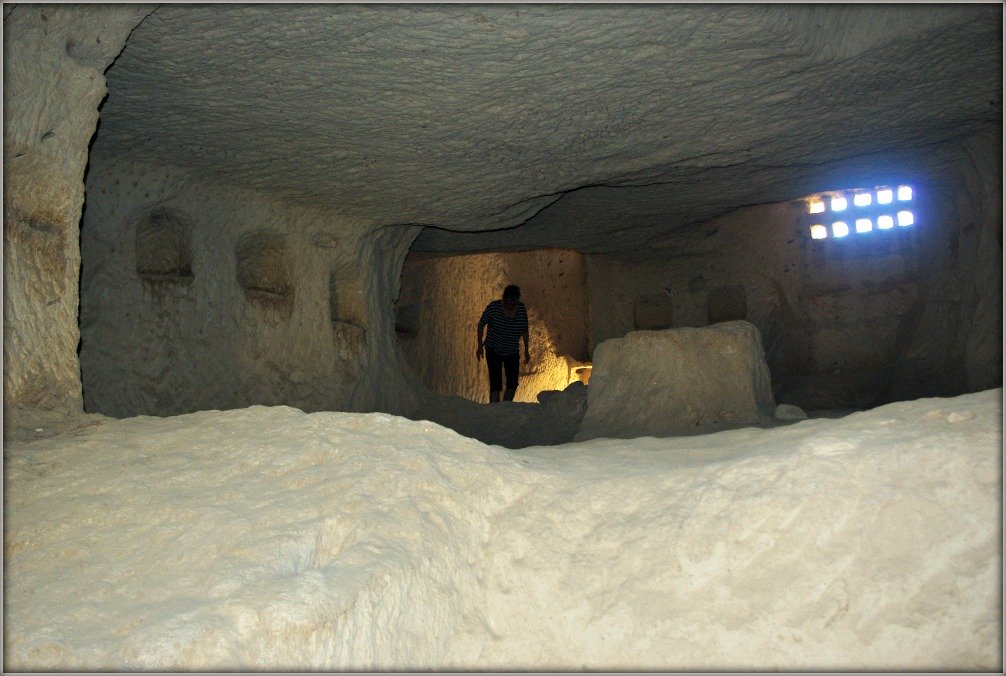 Exploring the Rose Valley is an excellent way to experience what Cappadocia has to offer.

I am linking to Nancie’s Travel Photo Thursday on her blog Budget Travelers Sandbox, and

Corinne and Jim’s Reflections Enroute for Weekend Travel Inspiration, and