Sitting at the cafe on Crkvina Hill in Trebinje in Bosnia (BiH), savouring the last of our coffee and the view, we cajoled ourselves into moving.  It was time to leave Bosnia and East Herzegovina and head to the Montenegro Border and that day’s destination in the Bay of Kotor. But there was one last thing we wanted to before leaving Trebinje. 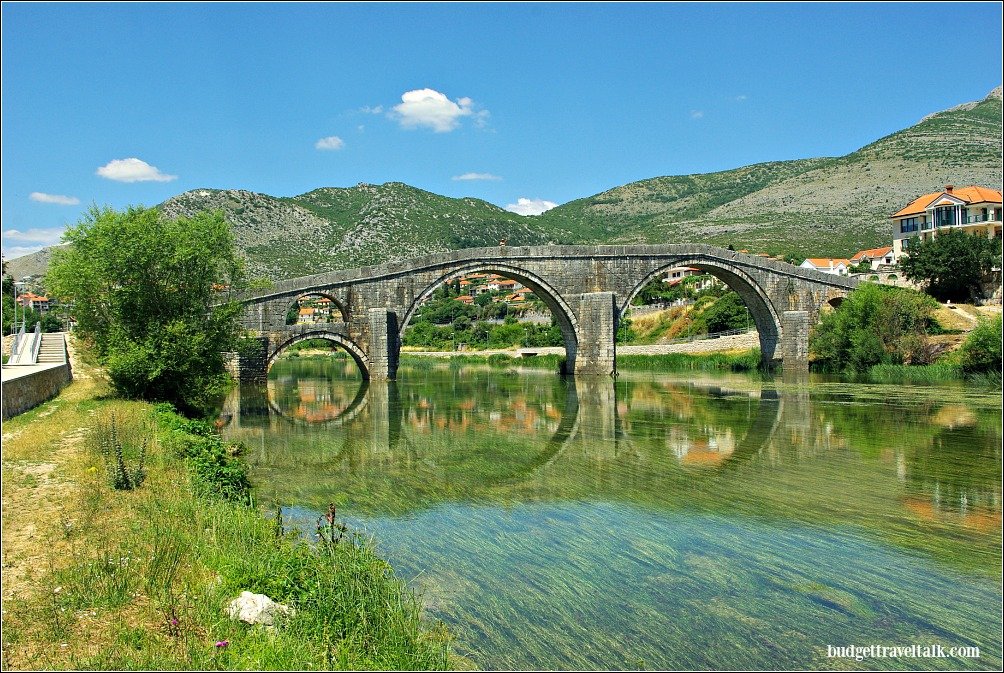 For a small town, Trebinje has more than it’s fair share of bridges. This beauty looked a tad out of place – as if it had been whisked away from an important old trading route junction and plonked in the suburbs of Trebinje – and that is exactly what did happen. 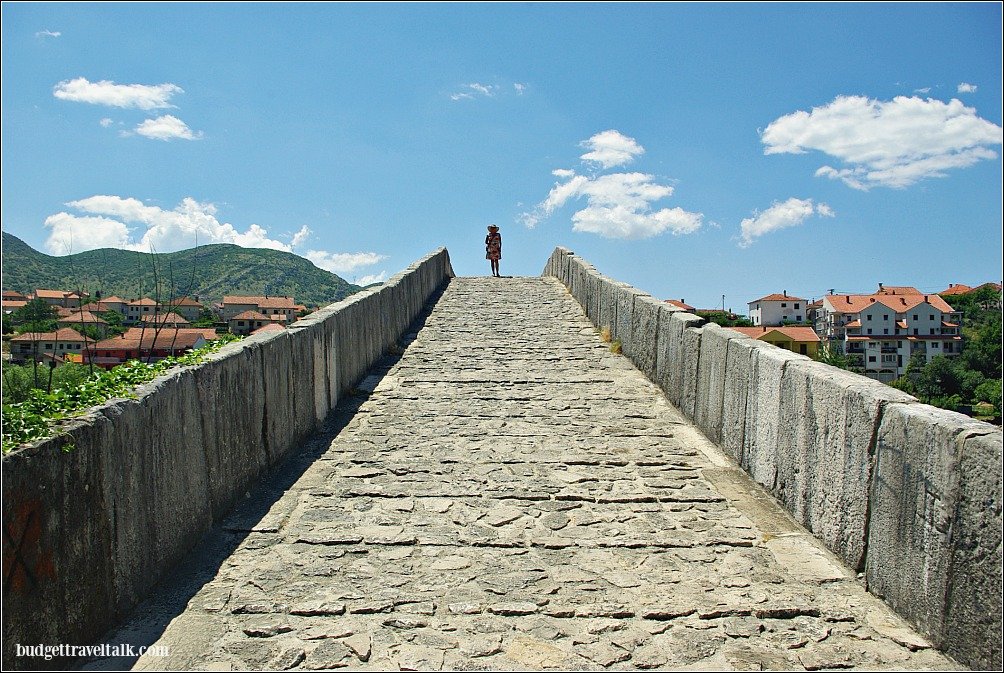 Originally it was a further 5km upstream at Gorica, which in 1574 stood at the junction of an important trade route between Herceg Novi in Montenegro and Dubrovnik in Croatia.  It wasn’t till the 17th century that a noblemen called Arslan-aga escaped Novi as it fell to the Venetians, set up a toll house and bestowed his name upon the bridge. 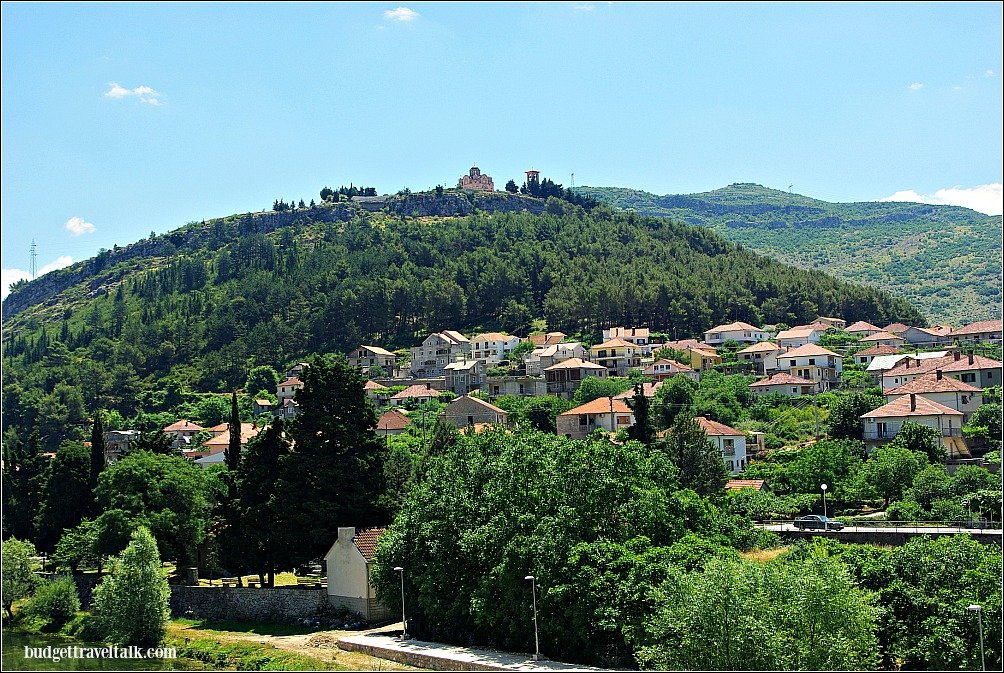 Hydro power came along and in 1965 a reservoir was built which submerged the bridge. In 1966 the water level of the reservoir was reduced to enable it’s dismantling brick by brick. The reconstruction 700m upstream of the Tribinje’s stone bridge was complete in 1972.

Heading for the Hills and the Montenegro Border

At one more stop beside at Trebinjsko Jezero, where the lake forms on the river, we said a final goodbye to Trebinje and headed for the hills. 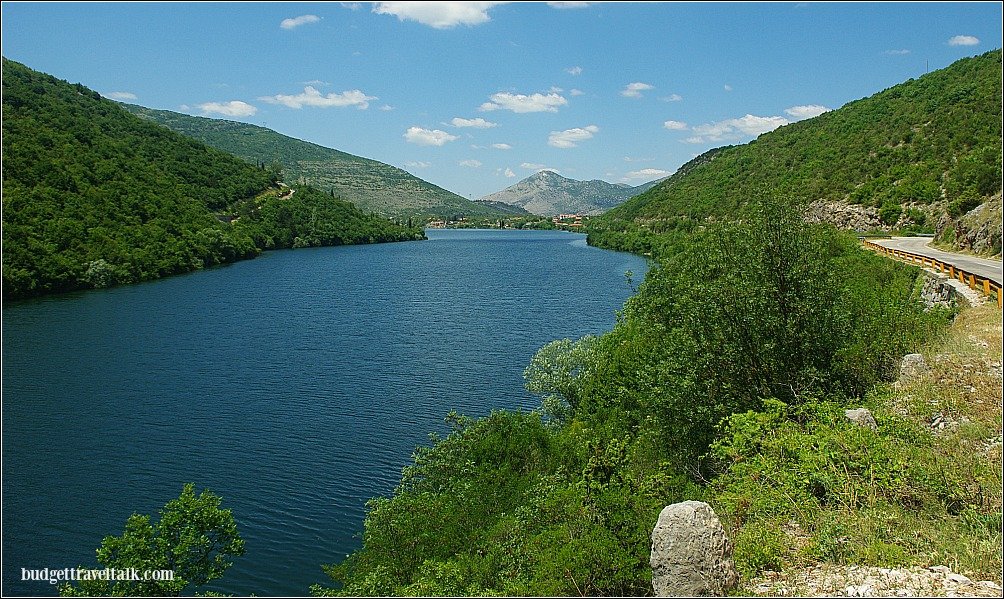 Lastva was an idyllic spot on the river. 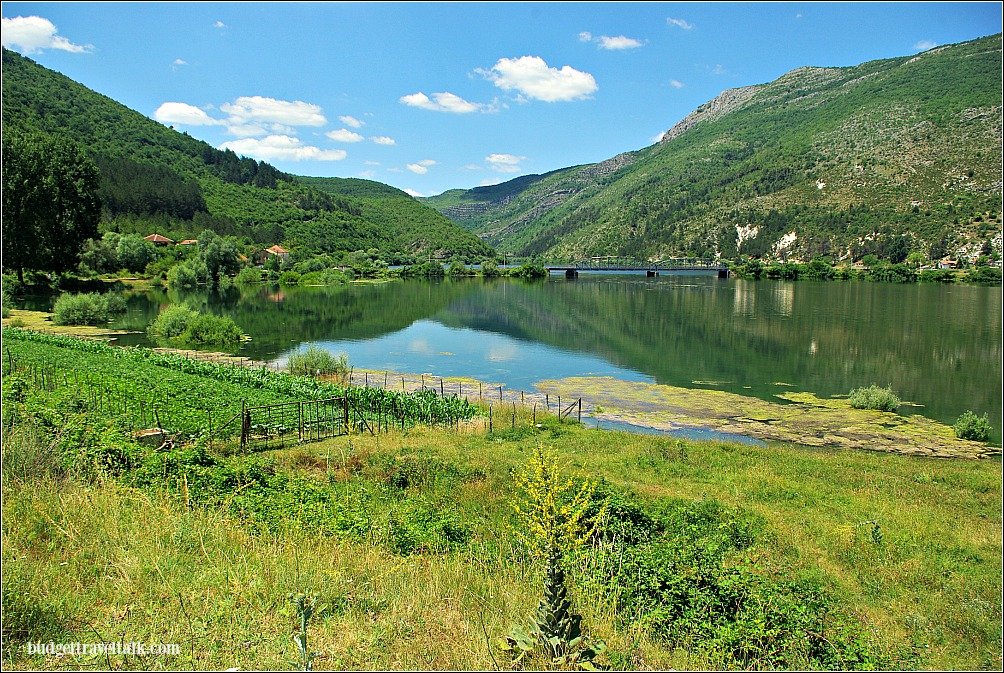 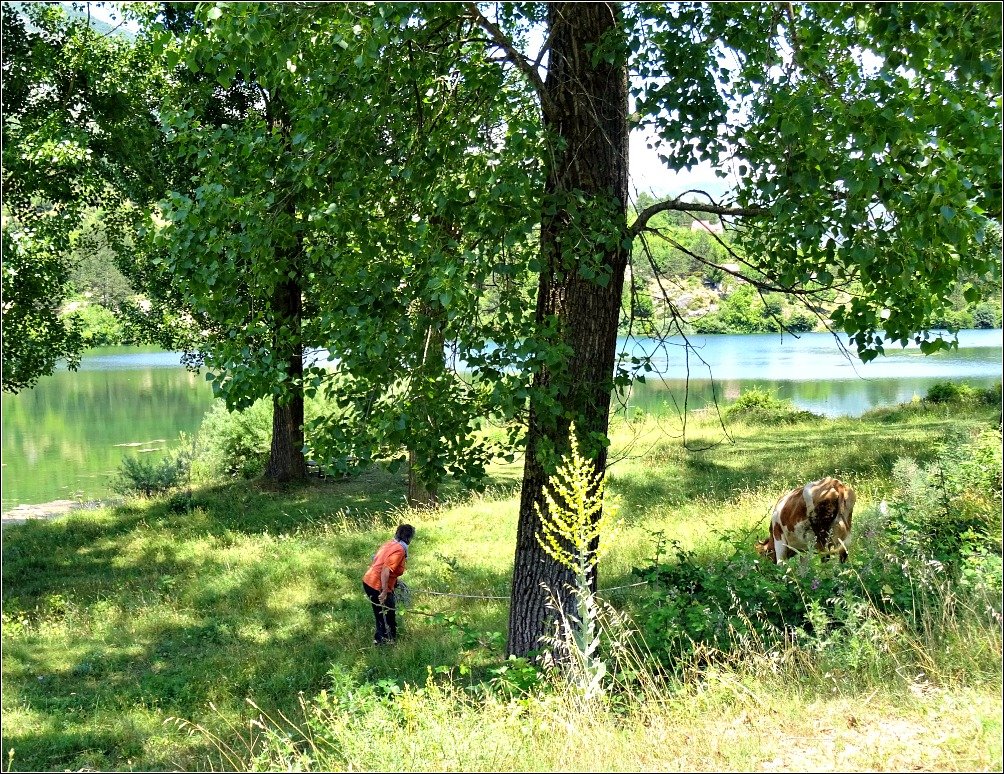 The road started to climb. 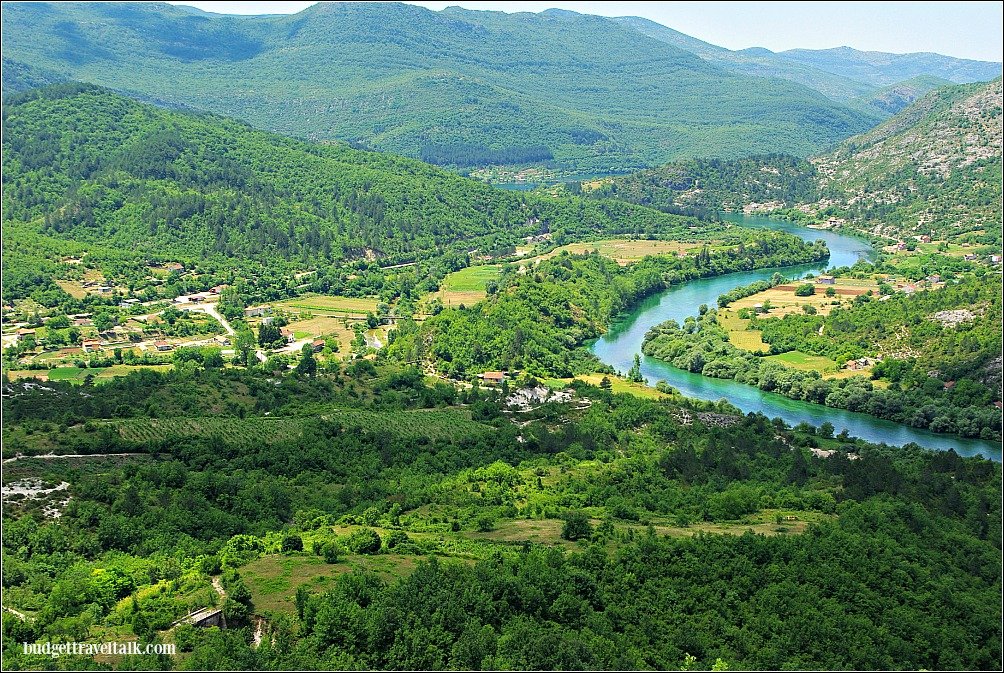 Leaving the Trebišnijica behind the M6 climbed steeply passing the last town of note in Bosnia (BiH), Zupa and toward Ilino Brdo, the Montenegro Border crossing. There was little to no traffic and the feeling of standing roadside absorbing the stillness of the mountains, was surreal. 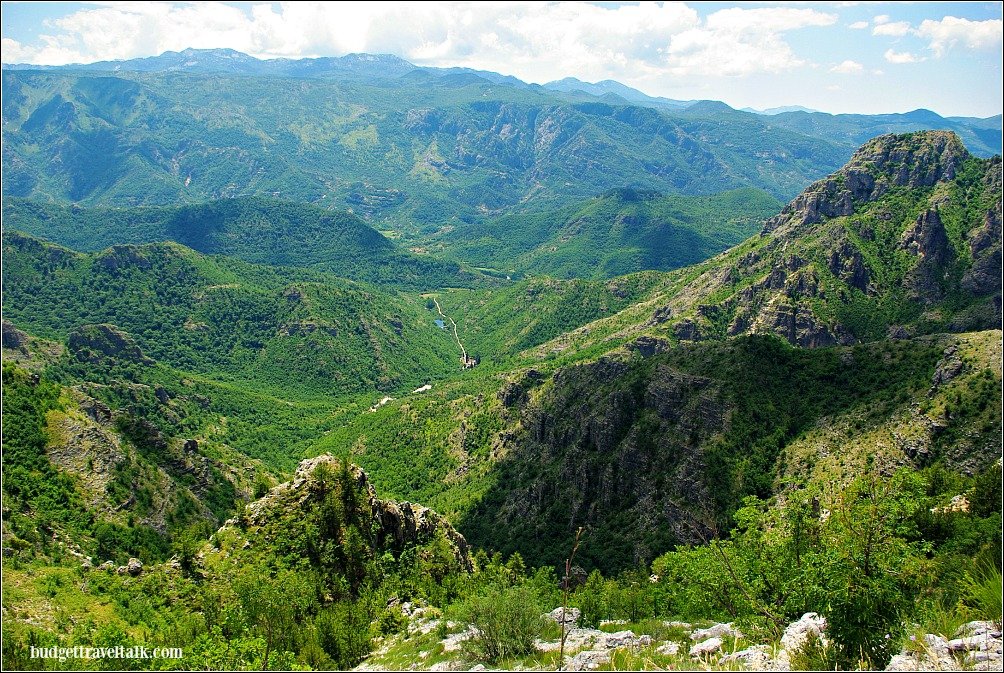 At the border stop point there were only two in front of us – one cow and a car. 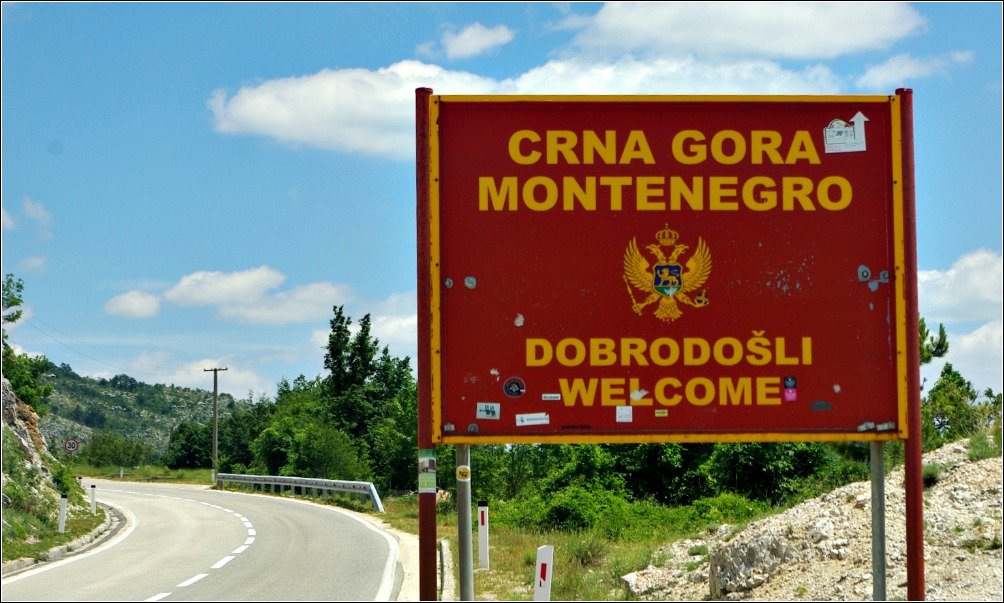 Looking up to the Montenegro Border

By the time we pulled up at the checkpoint the cow had wandered in front of us. I wasn’t brave enough to photograph the cow lined up at the border 🙂

I know it doesn’t look it but the cow was real. 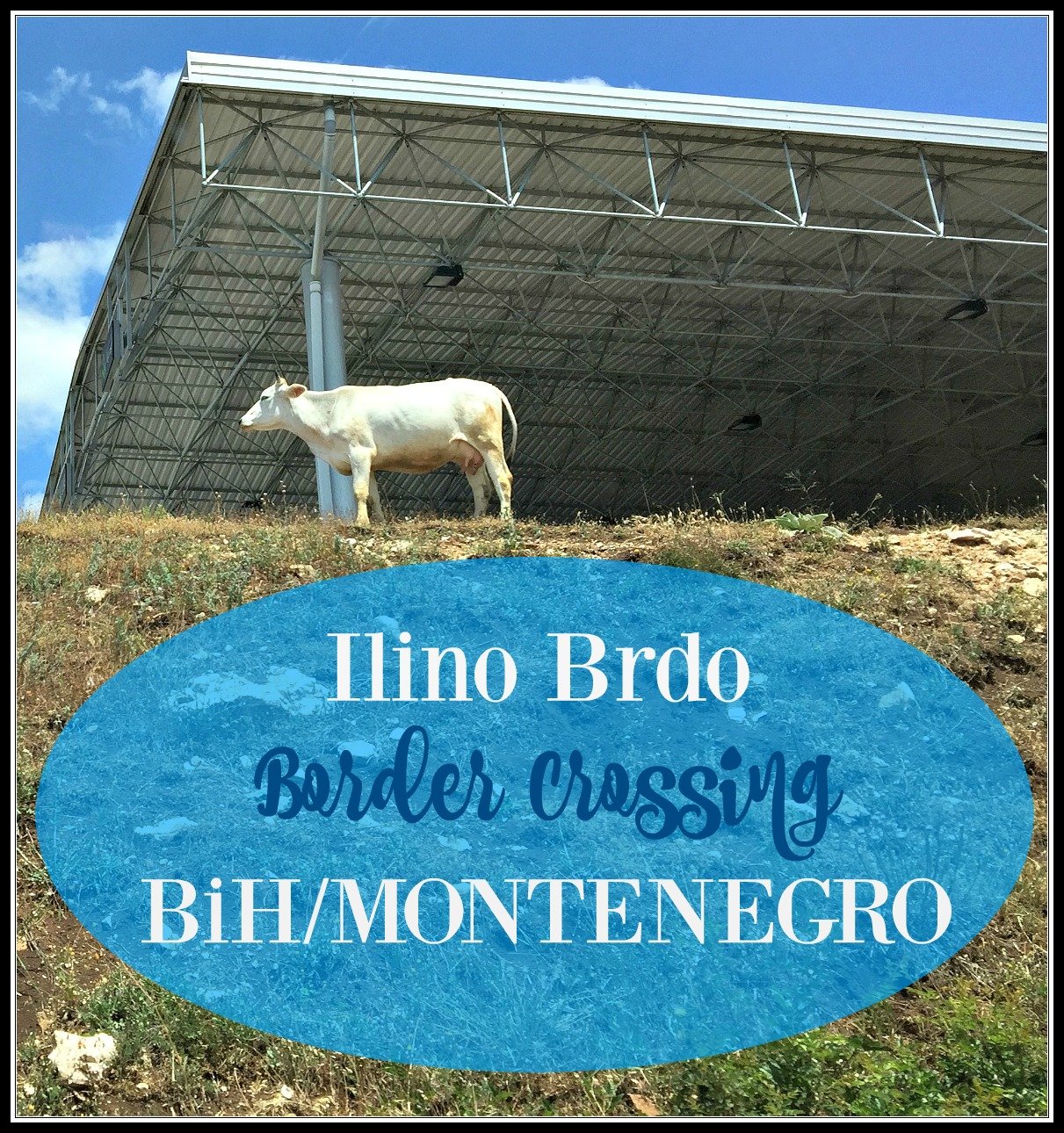 Once over the border it was easy driving on straight roads through the high plains (800m) of Grohovo. This highway is relatively new and brings hope that it will bring investors to provide tourist infrastructure.

After absorbing a totally different mountain view from high above the Bay of Kotor, our day ended in the frenzied traffic scene of downtown Kotor. The town shown in the photo below is Risan, the oldest town in the Bay. 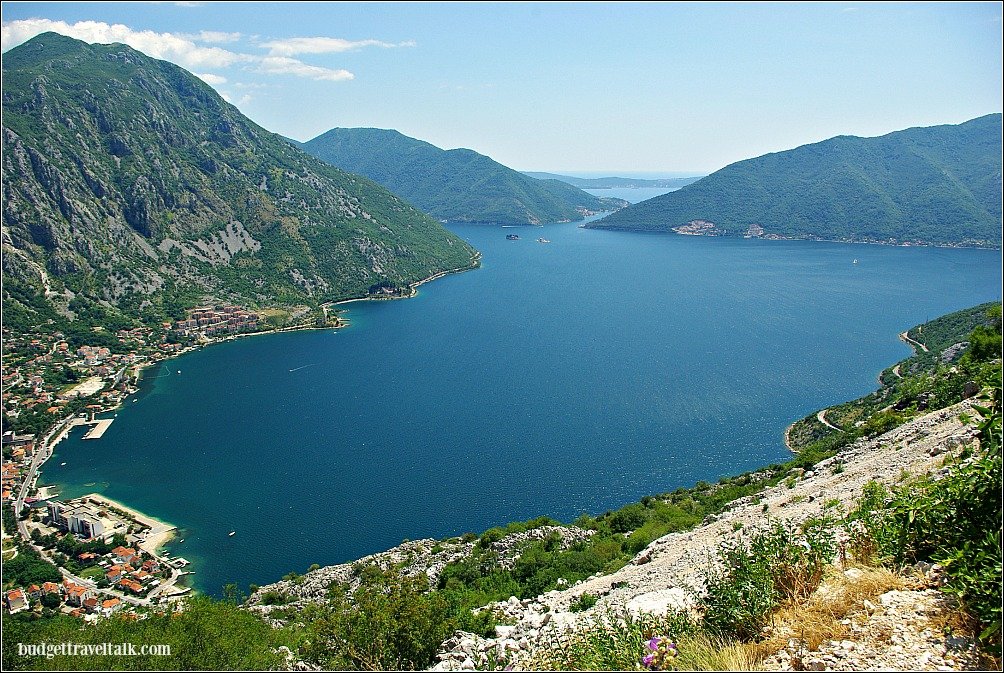 The Bay of Kotor known as simply Boka. 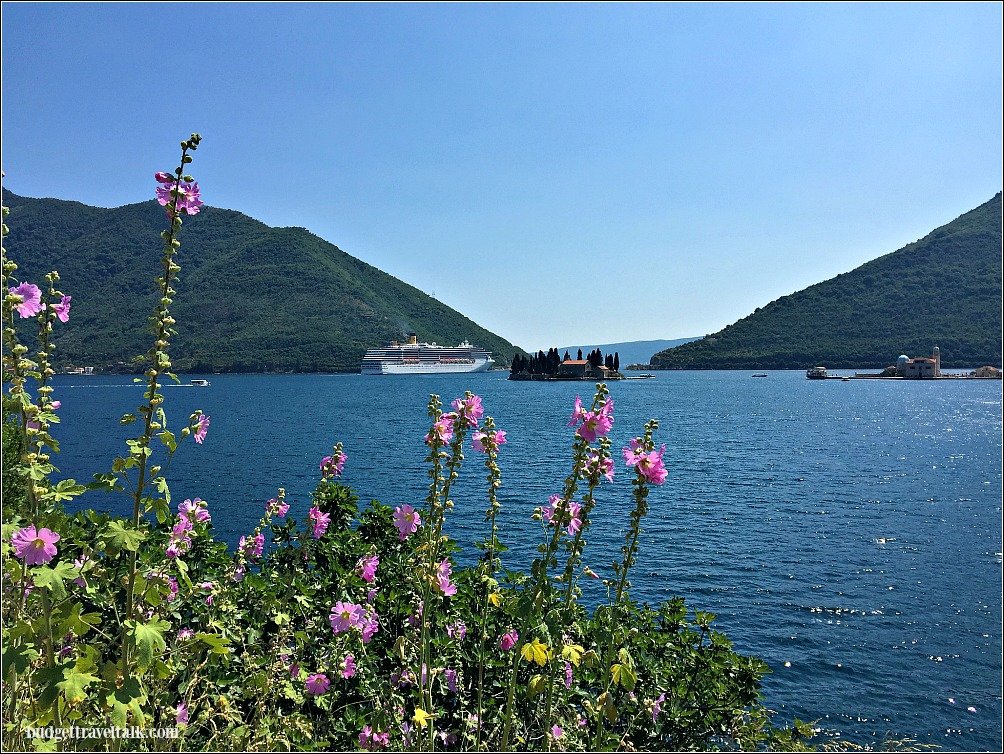 From Croatia we began our Bosnia road trip following the Neretva River to the bombed out buildings and 16th Century Ottoman Stari Most (bridge) of Mostar. It took us to the jaw dropping mediaeval tombstones of Radimlja Necropolis that slumber in an unlikely roadside location. Only 3km away from the necropolis we saw the Caršija Mosque at Stolac newly rebuilt with original stone after being totally destroyed during the war. We enjoyed driving on Bosnia roads and followed a Yellow Bus all the way to Trebinje.

Our Destination of Kotor 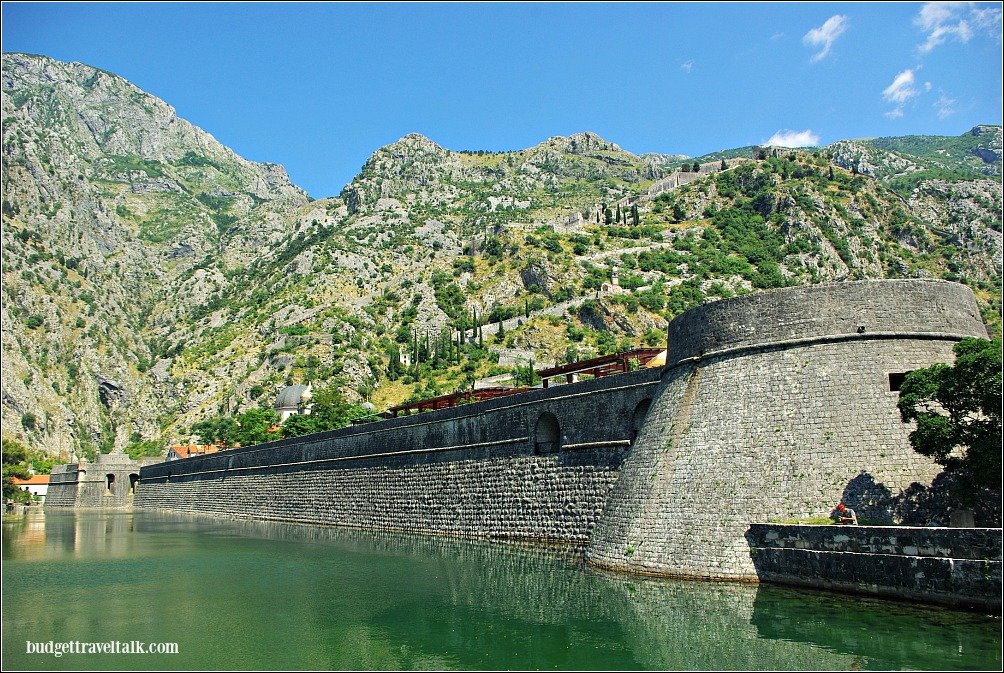 Our Bosnia road trip was a kaleidoscope of images and sensations crammed into a day and a half.

We like to travel slow, but sometimes a whirlwind materialises and we are reminded of how much fun a fast ride can be.

TELL ME ABOUT YOUR WHIRLWIND TRAVEL DAYS IN THE COMMENTS OR ASK ANY QUESTIONS YOU MIGHT HAVE.

Leave a link to your travel photo post below.

Five ways to beat the heat in Townsville North Queensland
Next Post: Australia is a bloody big country