Essaouira is a laid back Moroccan fishing port and tourist town.

Jimi Hendrix spent a little time there back in the day (1969) when Essaouira was just a blip on the hippy trail. Maybe it was the fact that he died the following year, that kept Jimi alive in the collective memory of the town.  Although the legend lingers, the Purple Haze has long gone, superseded by blue.

It’s peeling off trawlers, layered on doors, shutters, roofs, walls. Even the plastic is blue and the sky complies too.  As much as I love that aspect of Essaouira (originally Mogador), and the THRIVING BEACH SCENE outside the walls, this post is focussed on the Port and it’s Fishermen. The clutter of boats, nets, pots and flags, mesh into a lively port scene, overseen by the massive soaring gulls. 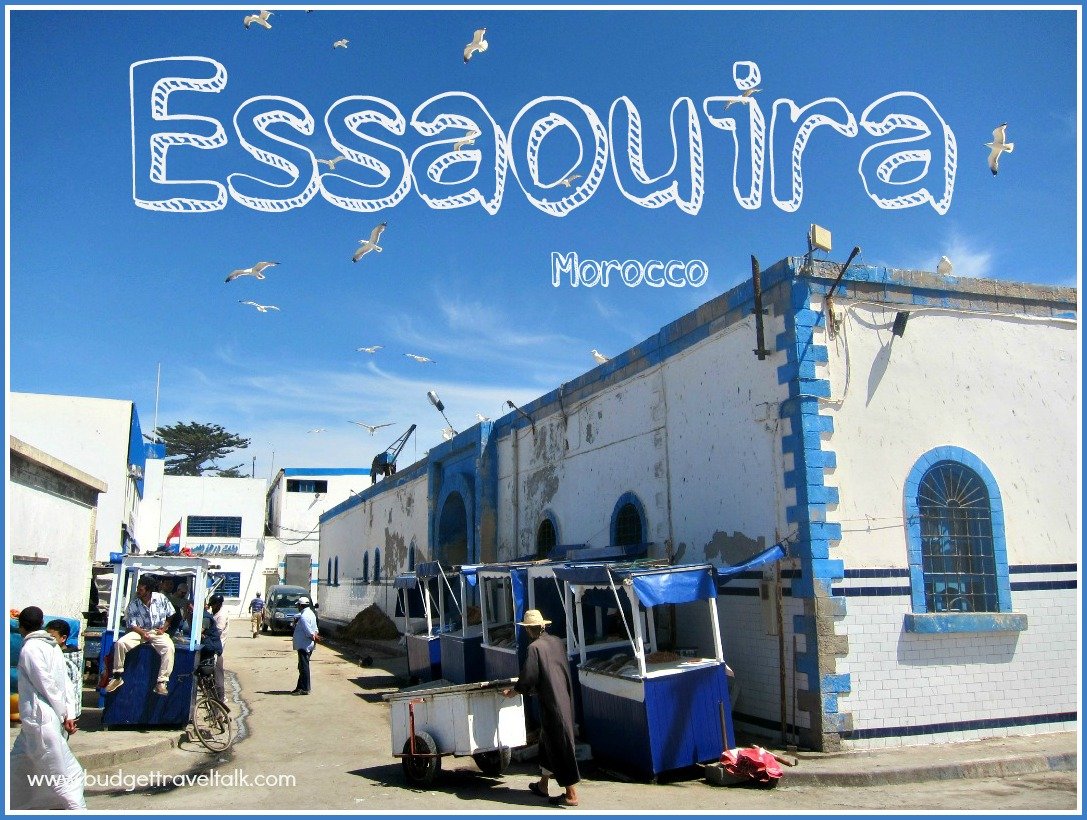 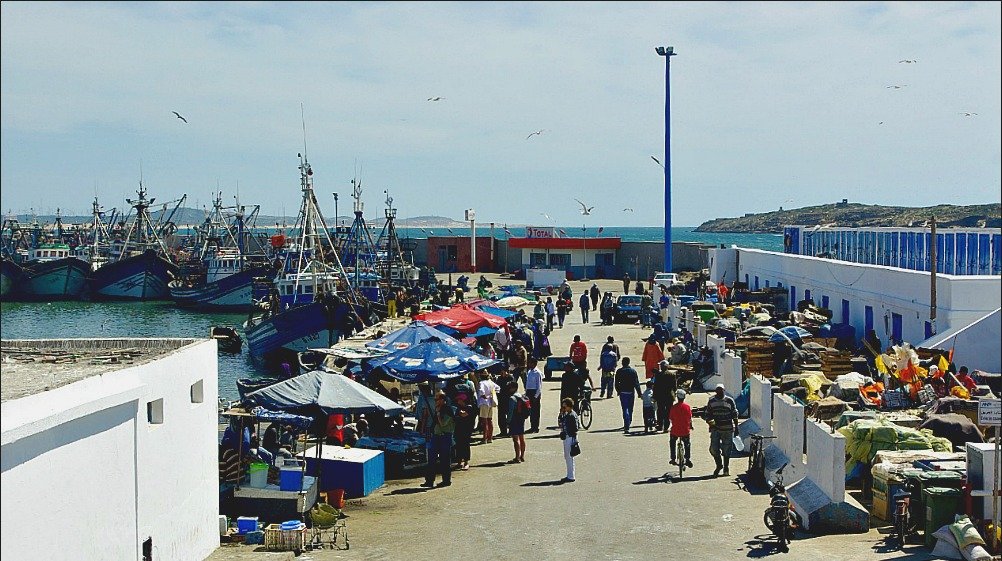 I wonder if the youngest fishermen gets the job of cook. 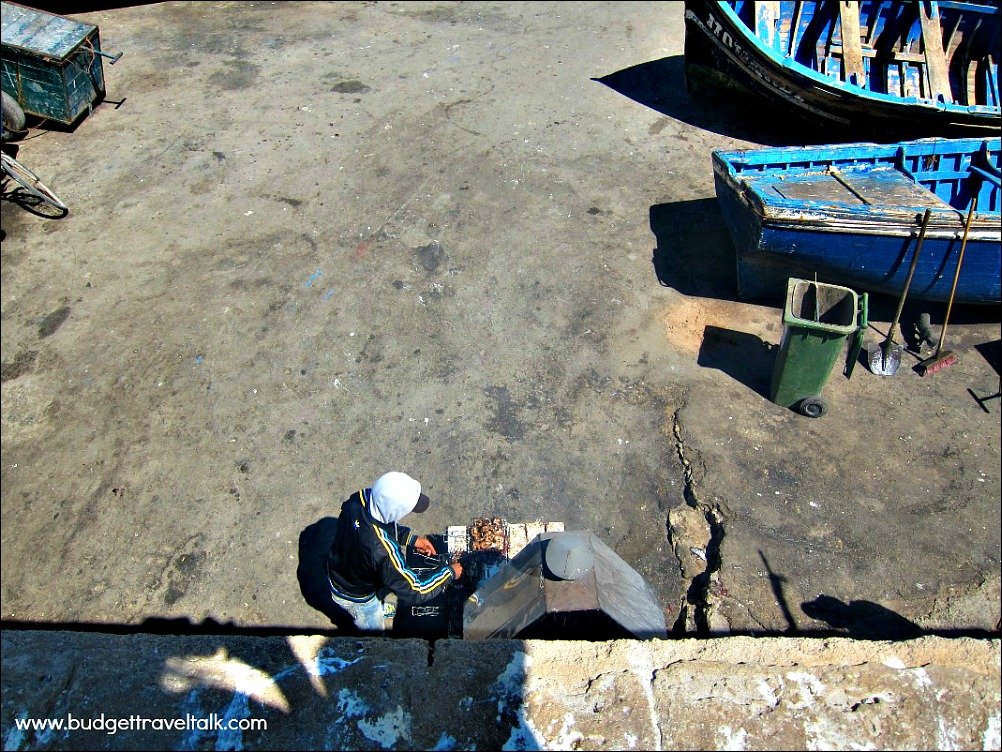 Tea is the drink of choice in Morocco. 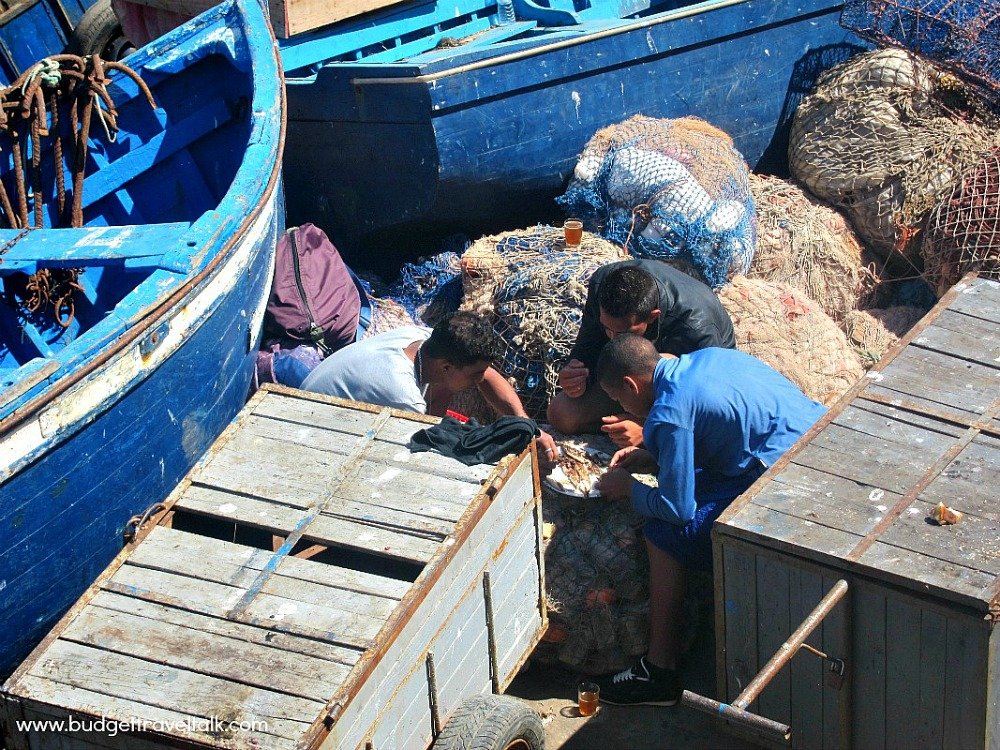 Essaouira has a huge cat population and they don’t stray far from the carts. They are quite well mannered and wait for the fishermen to throw them tidbits. 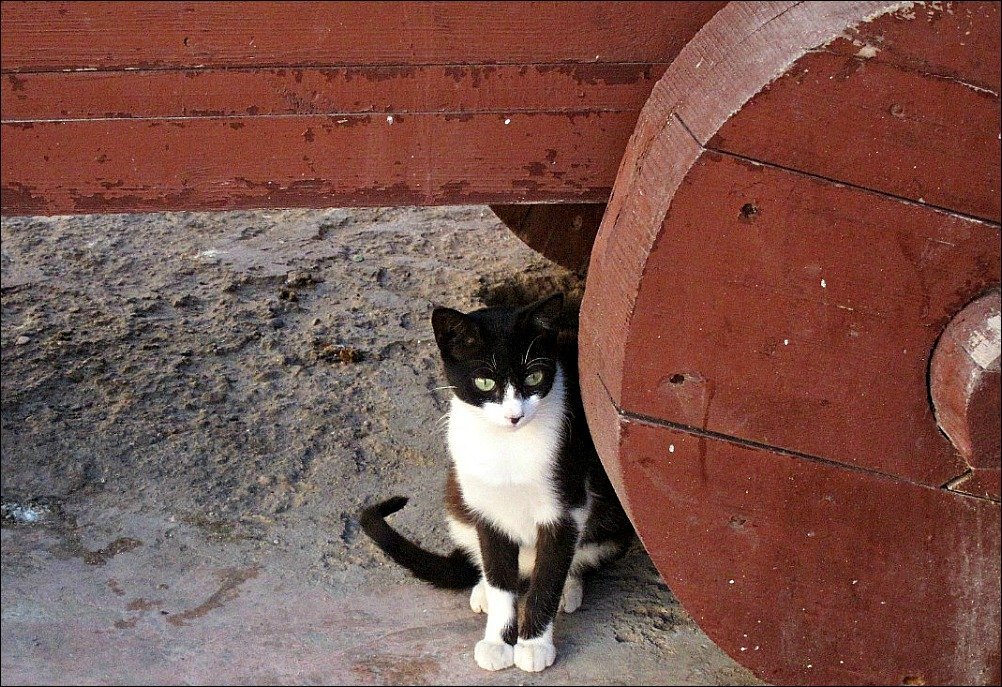 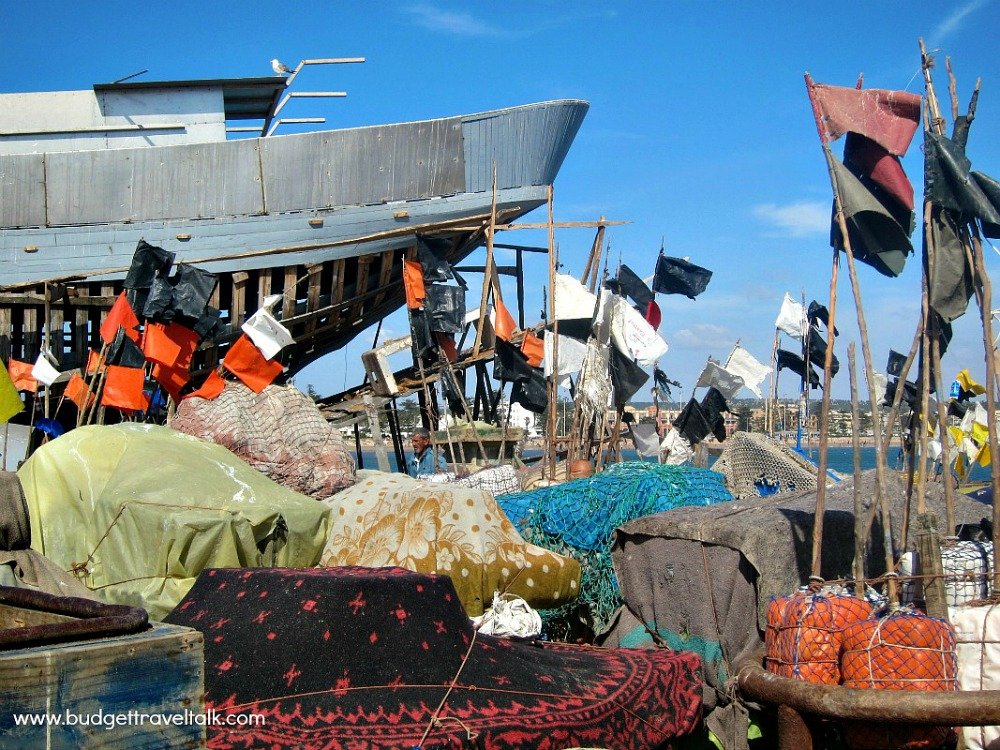 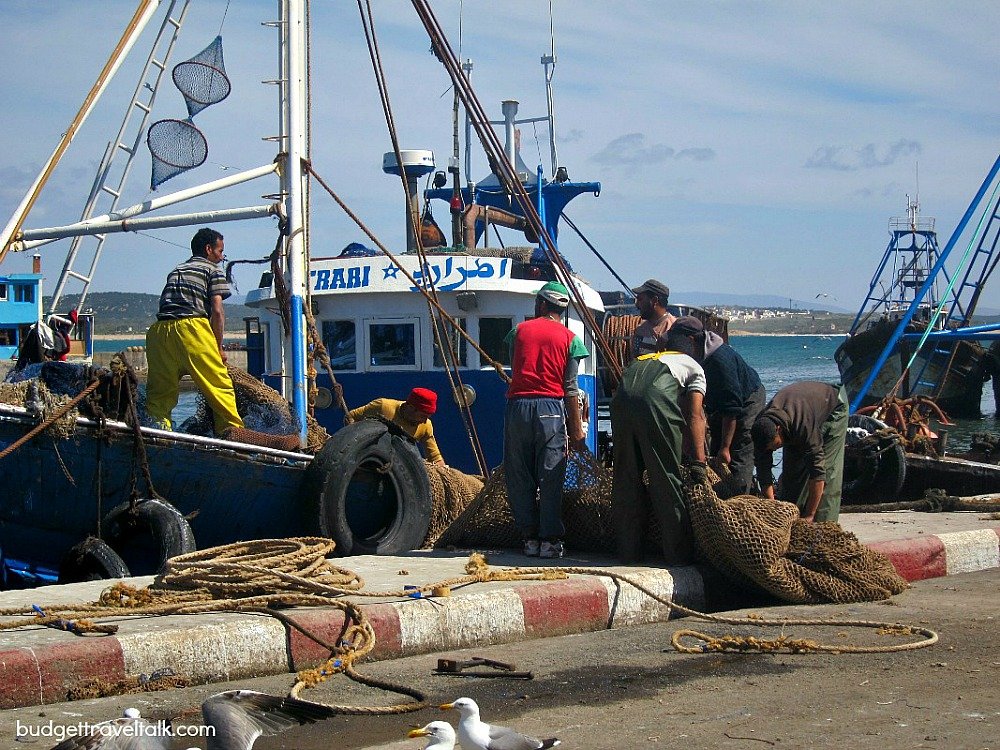 Sold Out Busses are not always so.

Supratours run comfortable air-conditioned coaches from Marrakech. The 3 hour trip with one comfort/food stop represents good value.  On arrival at the Marrakech Supra terminal located at Marrakech Train station, the 10.30 a.m. bus is sold out, so we purchase a ticket for the 2.30 p.m. time slot.  Seeing how disappointed we were, the ticket seller suggests we might get on the 10.30 a.m. if we wait.  Confused but hopeful, we wait.  A crowd forms around the driver as soon as he appears and we squeeze through and talk to him. He pencils our names in and tells us to wait with the milling crowd of confirmed and would be passengers.  Eventually were called – we’re on!

Supratours is part of the Morocco Rail System ONCF. Buses are linked to train times. One way cost 80 MAD (11 AUD). 6 buses each day.

We recommend choosing a Riad in the Medina (inside the walls of the old town). A Riad has an internal courtyard with a water feature and serves breakfast either in the Courtyard or on the flat rooftop. Be aware that the riad will have several floors and flights of stairs and probably no lift.

A scam operated at the joint train/bus station in 2012.  It could have morphed into a variation by now, but should be recognisable. A cultured looking Moroccan man, well dressed in Polo Shirt and Slacks, speaking excellent English approaches offering a taxi sight-seeing trip around Marrakech, with an airport drop-off afterward, for a too-cheap price.

Chatting amiably we explain we have no intention of buying any carpets in Marrakech.  No, No, that will not be necessary, he assures – he is only trying to help out a driver friend of his and promote Marrakech at the same time.  We tell him how pleased we are because we’d accepted a similar deal in Bangkok and were eventually kicked out of the tuk-tuk for refusing to buy from a Gold Shop. Clucking sympathetically, he feigns a phone-call and then announces his driver friend is busy and won’t be able to take us after all. Oh – what bad luck and he was such a nice man.

We suggest visiting Essaouira as a relaxing interlude after the craziness that is Marrakech. Of course the Easyjet direct flights from London may have destroyed the ambience we enjoyed. Have you been to Essaouira? Was it peaceful?